Home » Natural Sweeteners – Which Ones Are Best? 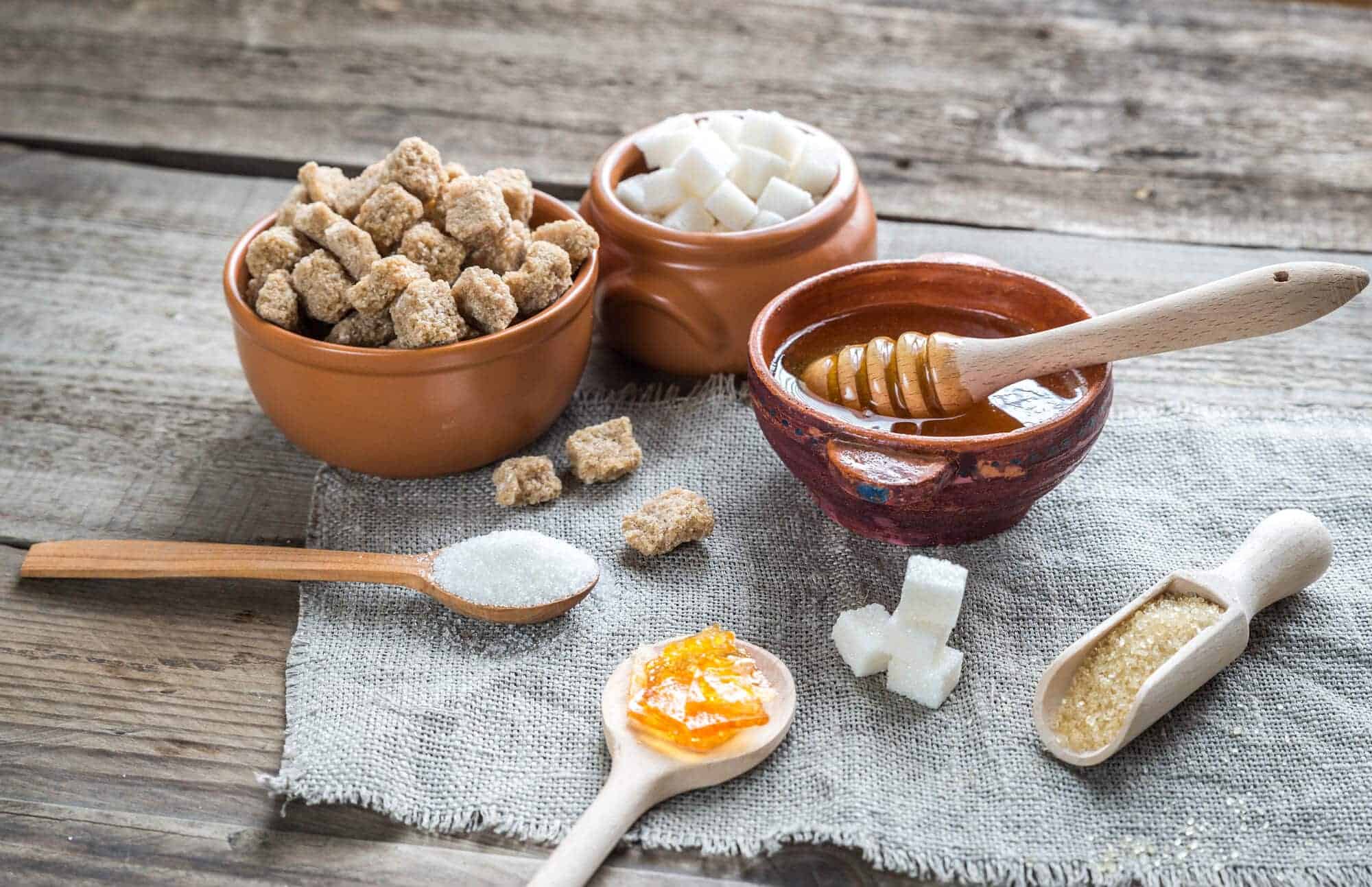 Do you remember when the only practical options  for sweetening food or drinks (not counting artificial sweeteners) were white sugar, brown sugar, honey or syrup? Those days are long gone and there are now a dizzying array of sugar-based sweeteners. I have found myself wondering, as I’m sure have many of you, are any of the more recently available options really any better for you than just old-fashioned white cane sugar?

First let’s set the record straight:  No kind of sugar is a “health food.”  Sugar in any form is something to be used sparingly and to be avoided altogether for those with health conditions such as type II diabetes. No matter what the manufacturers say on the package there is no real health benefit to any of them except in limited circumstances (e.g. honey has anti-microbial properties, soothes sore throats and may even help with seasonal allergies). For example, many sweeteners are touted for their trace mineral content, but being present in only “trace” amounts (usually less than 1% of the daily recommended allowance) they are of little real world benefit.

So with that said we are just looking at sweeteners that are “less bad” than regular sugar, but not necessarily healthy in the traditional sense. So how do all of the options stack up?

Raw Cane Sugar:  Darker and richer in flavor than white sugar due to less processing and can be used in cooking just like white sugar. It does contain trace minerals (again too low to be of noticeable benefit). It has the same number of calories per gram as white sugar and is identical in its chemical composition. Because it is identical chemically the body processes it in exactly the same way and it has just as high of glycemic index and load and white sugar. No real benefit except for its richer flavor. 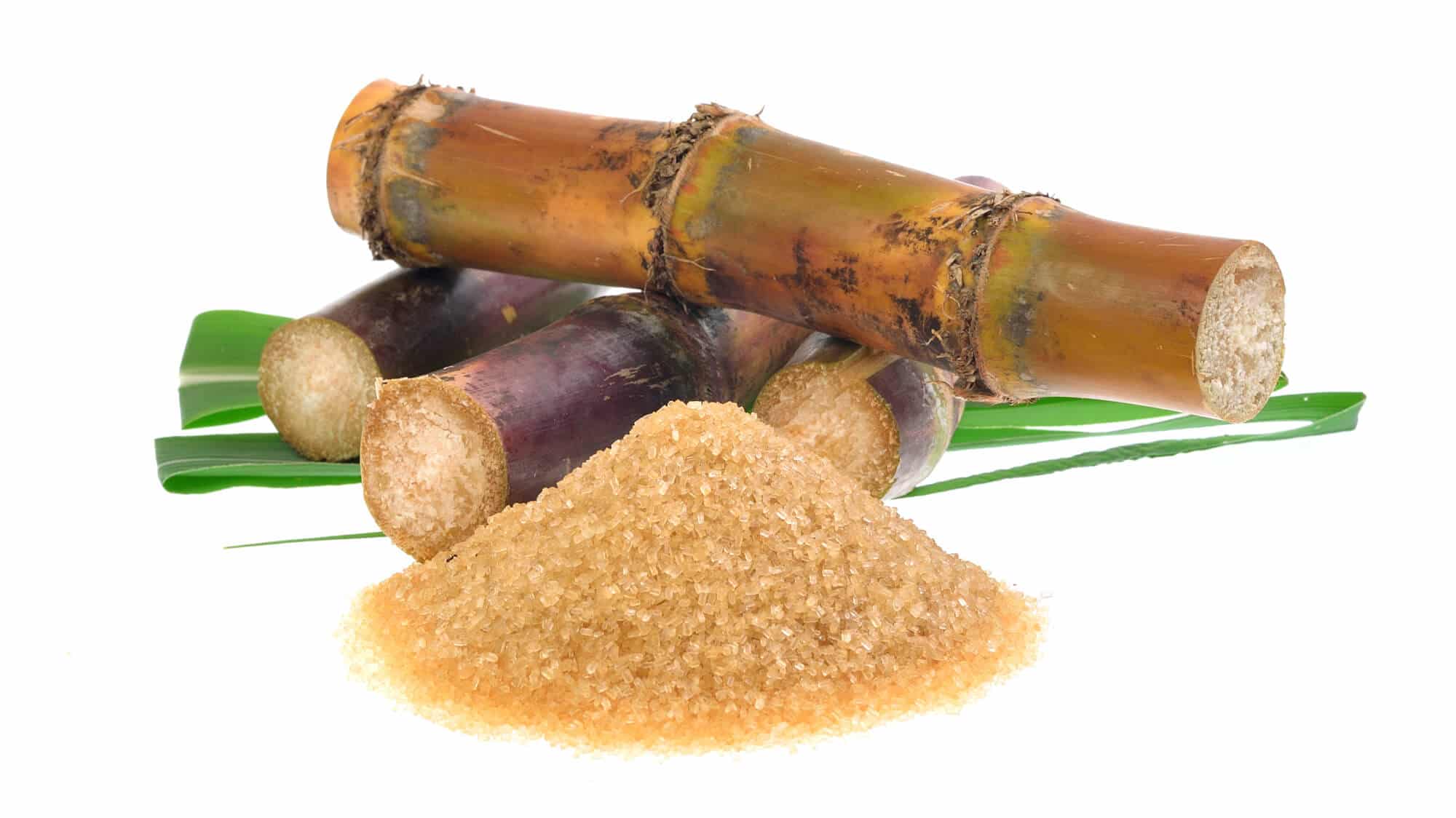 Molasses: A byproduct of white sugar production (it’s what is left over after the pure sugar granules are extracted). It’s about 50% sugar by weight although it is sweeter than sugar so less quantity is required. Blackstrap molasses is the most beneficial from a health standpoint as it is reasonably high in iron, calcium, manganese and copper. In other words, it contains enough of these to actually have a measurable benefit although these minerals can be easily obtained elsewhere without the need for any sugar at all. 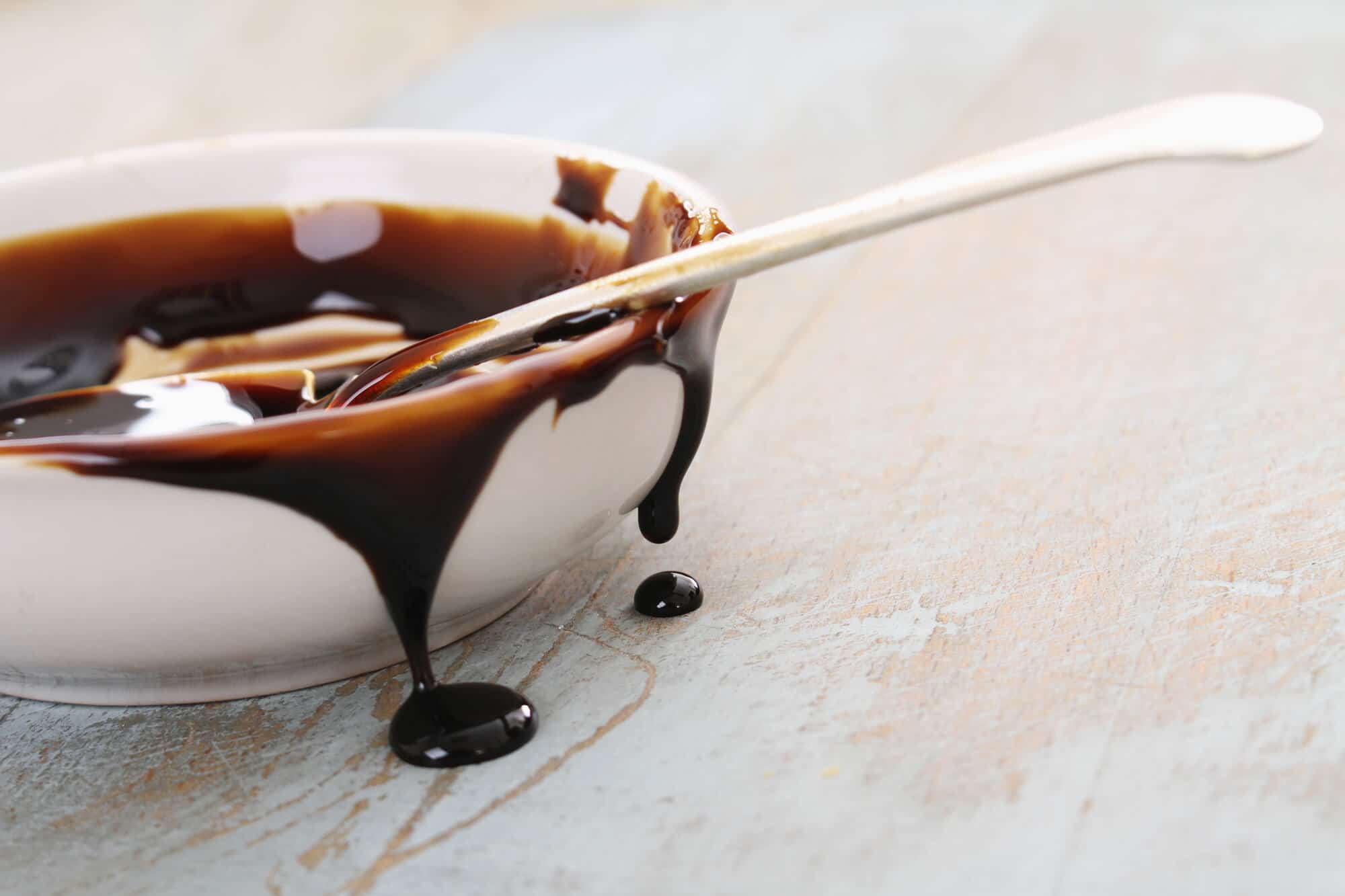 Maple syrup: I’m referring to 100% real maple syrup, not the maple-flavored corn syrup that is more commonly found on grocery store aisles. It’s about 60% sugar by weight and has lower calories per tablespoon than honey or white sugar. It has trace minerals but too little to be of consequence.  It can be considered a marginally better sweetener choice than white sugar, although it is irreplaceable for its flavor. 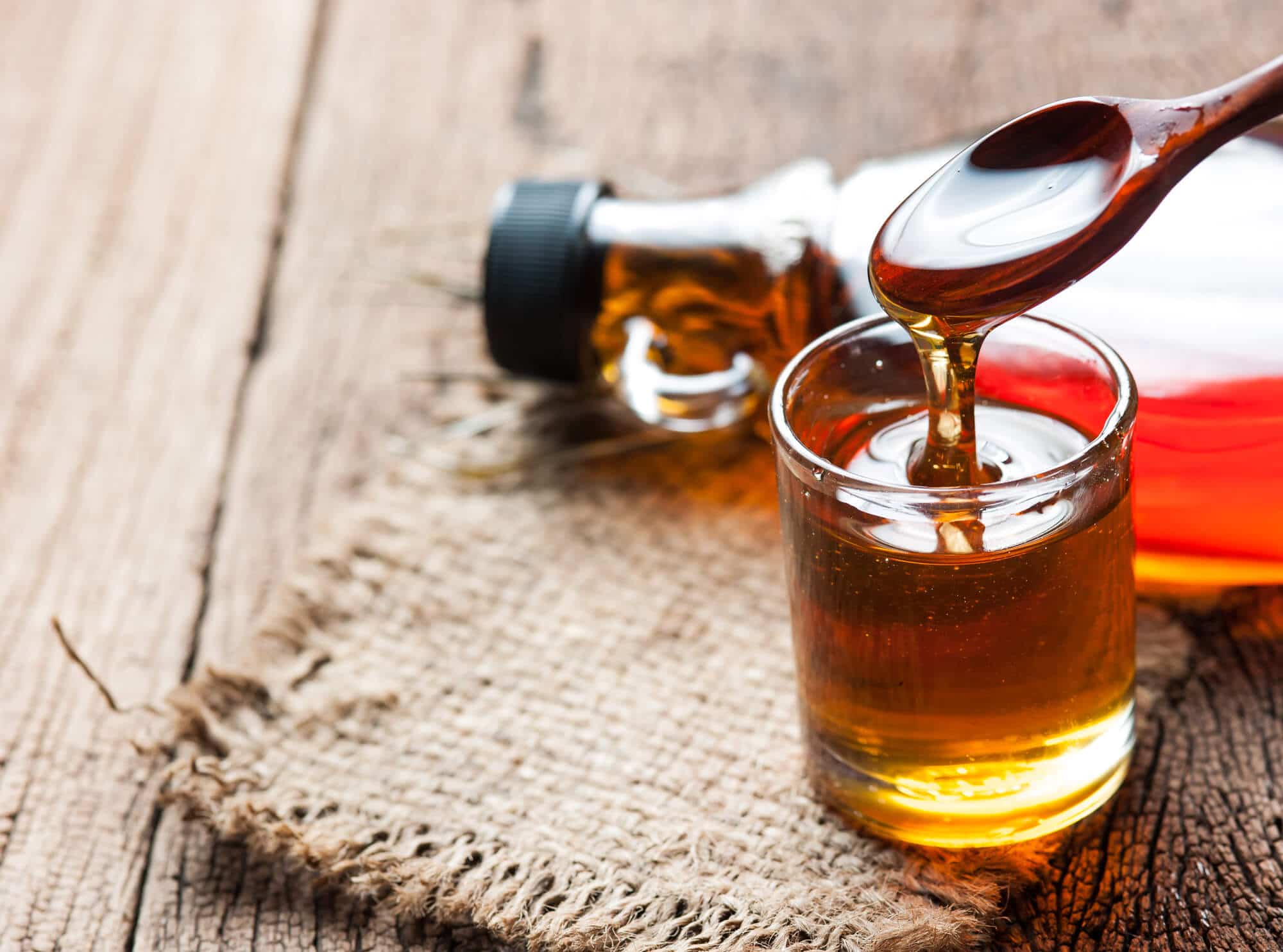 Raw honey:  I won’t even give processed honey its own section since any benefit it had has been stripped away. As mentioned earlier raw honey has been used for millennia for it’s anti-bacterial properties (e.g. topically on cuts and scrapes).  It contains small amounts of vitamins, minerals and antioxidants.  It is also the only sweetener that contains enzymes which help support healthy digestion, however it is difficult to verify the content and actual benefit in any given sample of honey.

Honey has also been shown to reduce HS-CRP, an important marker of cardiovascular inflammation in the body.

Like with molasses, the darker the honey is the more beneficial vitamins, minerals, antioxidants, etc. it contains. Honey is perhaps one of the best sugar substitutes not due to its sugar content but rather the benefits of its other components. However, honey is higher in fructose than most sweeteners. Fructose needs to be eaten in moderation as too much can have negative effects on the liver, lipid levels, fat gain and insulin resistance/diabetes risk. 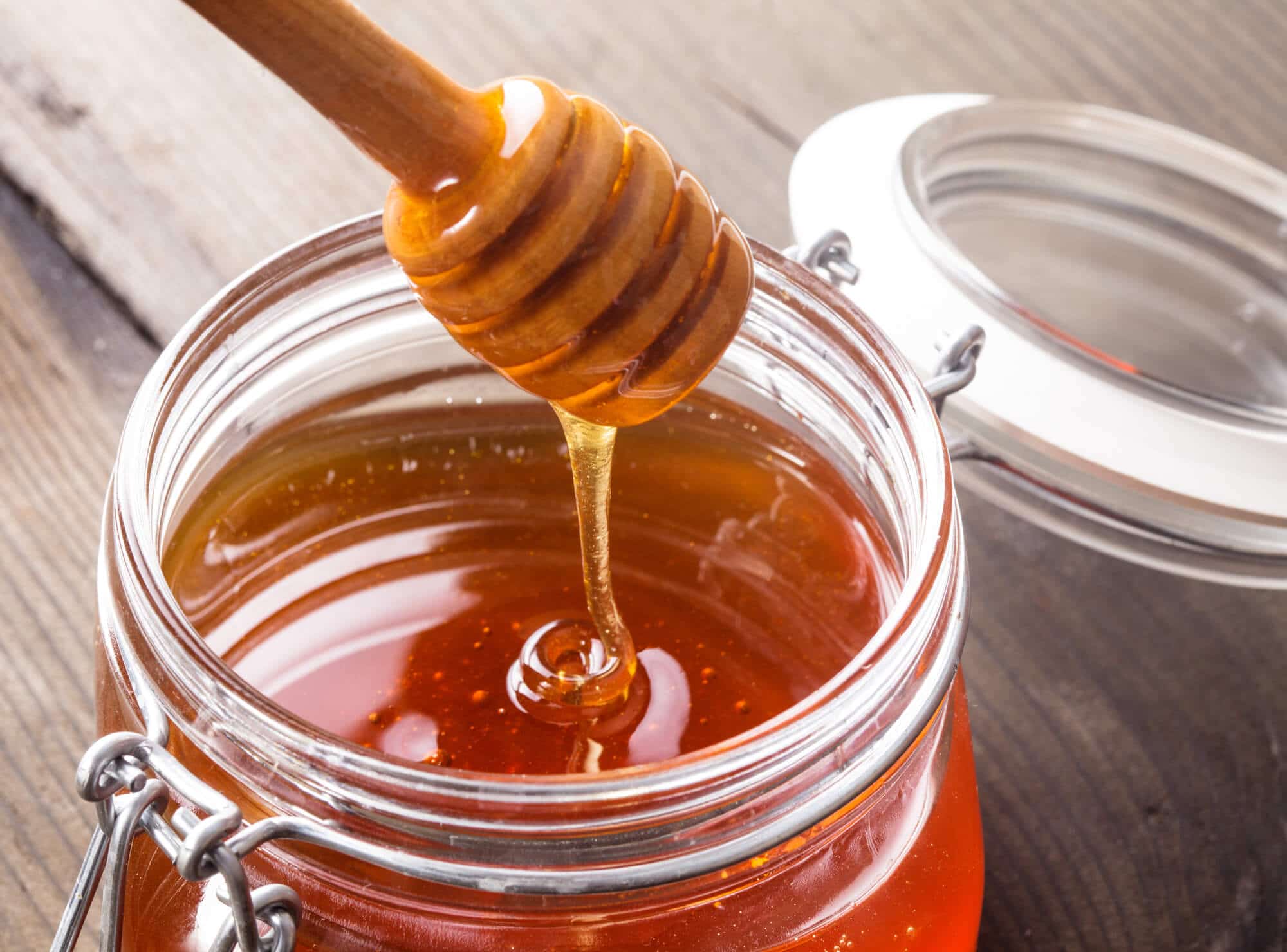 Agave syrup: This one has perhaps been over-hyped more than any other sweetener. It has a low glycemic index due to its very high fructose content: 84% vs 50% in white sugar. However, this is problematic for a number of reasons, due to fructose’s tendency to elevate triglycerides and also increase risk of fatty liver disease and insulin resistance. This is because unlike other forms of sugar, it can only be metabolized in the liver.  Agave nectar also has no significant vitamin, mineral or antioxidant content which, coupled with its high fructose content, leaves little reason to use it. 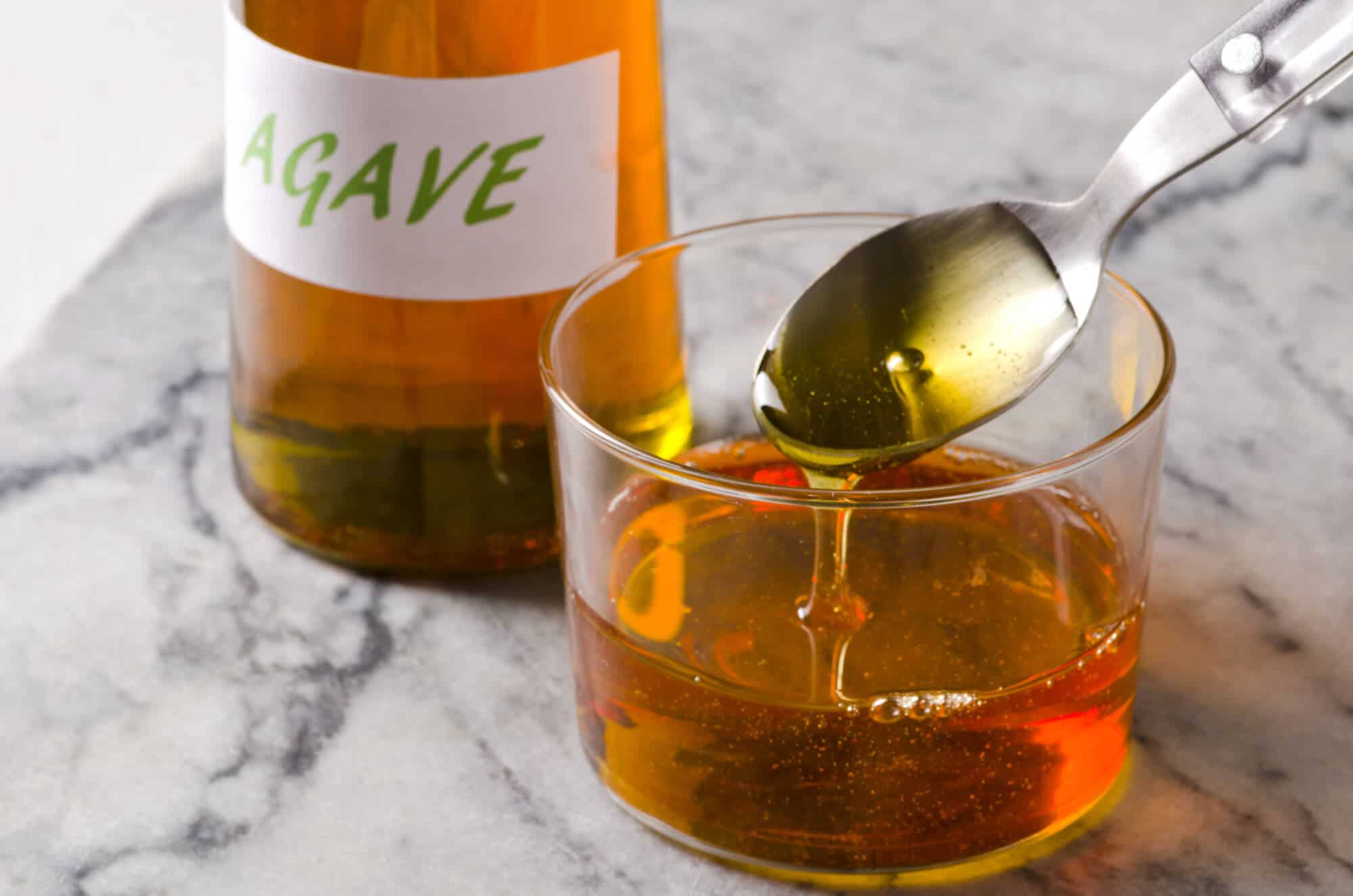 Coconut sugar/palm sugar: Produced from the sap of coconut trees and processed in much the same way as maple syrup. As with many of the sweeteners already mentioned it has insignificant amounts of trace minerals. It does contain less fructose than white sugar meaning it is metabolized with fewer drawbacks and is less likely to lead to fat gain. In cooking it can also be substituted for sugar in a 1:1 ratio. It is a slightly better choice than regular sugar. 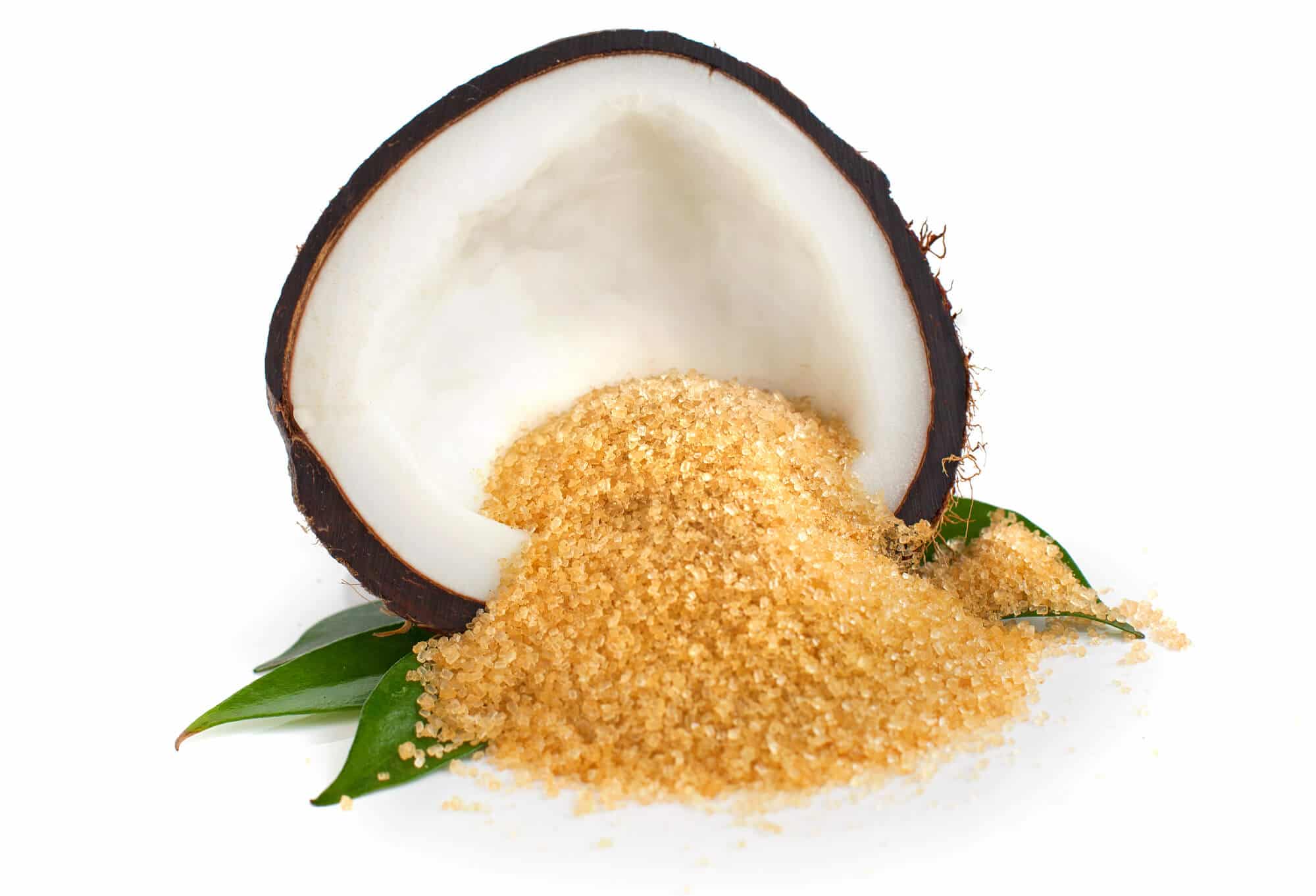 Stevia: Unlike most of the other sweeteners already mentioned stevia contains no sugar and no calories. Paradoxically it is about 300 times sweeter than sugar. It is extracted from from an herbaceous plant native to South America. So far research has supported its use as a healthy, no calorie sweetener. If you don’t mind the strong flavor it is a good sugar alternative.

Monk fruit: Like stevia is has no sugar or calories. I have never heard of it until a couple of years ago, but it is gaining in popularity. Indigenous to China and Thailand it is a green melon-looking fruit that grows on a vine. It is about 500 times sweeter than sugar. Monk fruit appears to be a safe, no calorie sweeter as long as minimally processed versions are used. However, some brands sold in the U.S. contain other ingredients such as erythritol (a type of sugar alcohol), dextrose (another type of sugar similar to glucose), and molasses in addition to the actual monk fruit extract. So, it’s not quite just monk fruit. 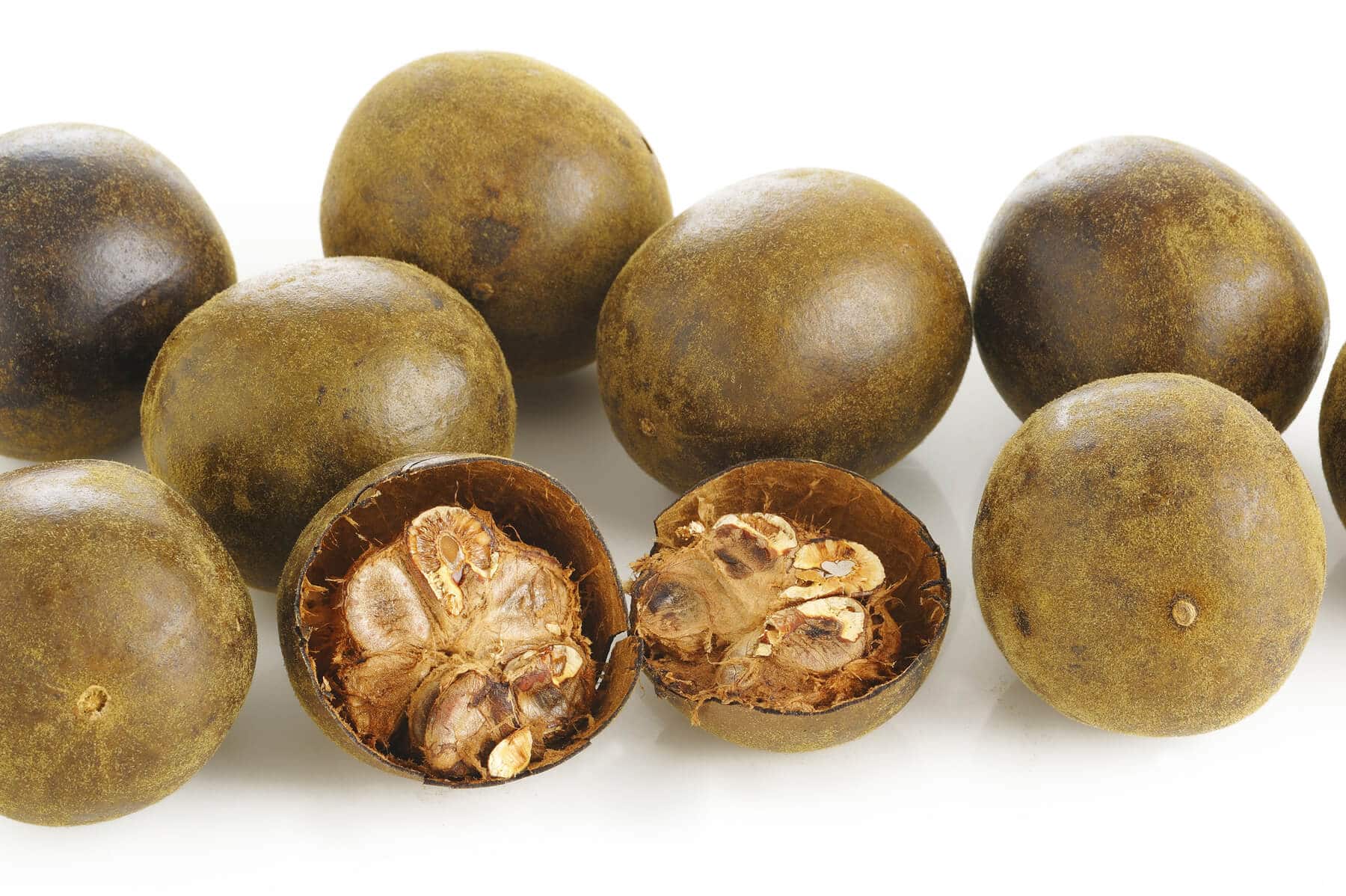 The takeaway here is that all of the above – with the exception of stevia and monk fruit – are all sugar and should be consumed minimally. They all have adverse effects on blood sugar, insulin resistance, and other health issues if too much is eaten. If you think that by eating raw sugar, honey, maple syrup, etc. that you are doing your blood sugar or lipids a favor or are avoiding body-fat gain, think twice because your body can hardly tell the difference between them and ordinary sucrose (white sugar).

They are simply slightly less bad than the really bad options. Unless you prefer them for their flavor or need them for their own unique properties (i.e. maple syrup for pancakes or honey for flavor or limited medicinal purposes) there is no need to spend to the extra money or figure out how to bake with the more exotic options.