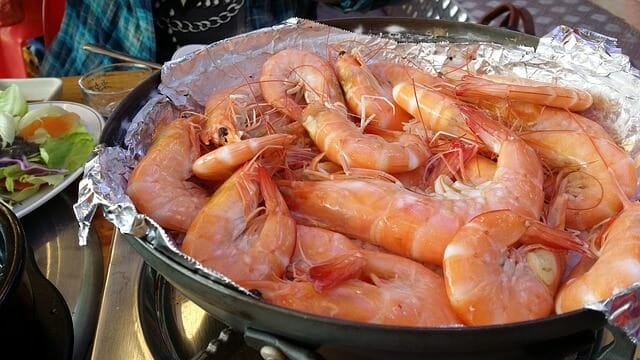 There aren’t many things better than a gourmet dish of perfectly cooked shrimp. Succulent and flavorful, doused in butter and garlic. Just the thought is enough to make the mouth water. Even better, shrimp are a great source of lean protein, various vitamins/minerals (they are particularly high in selenium), omega 3’s and the potent antioxidant astaxanthin.

So what could the the problem? If you eat wild caught U.S. or Canadian shrimp, nothing. However, 90% of all shrimp sold in the U.S. is farmed-raised in either India, Thailand, China, Indonesia, Vietnam, Mexico or Ecuador and the details of how this industry runs will make you think twice about eating shrimp from any of these producers again. 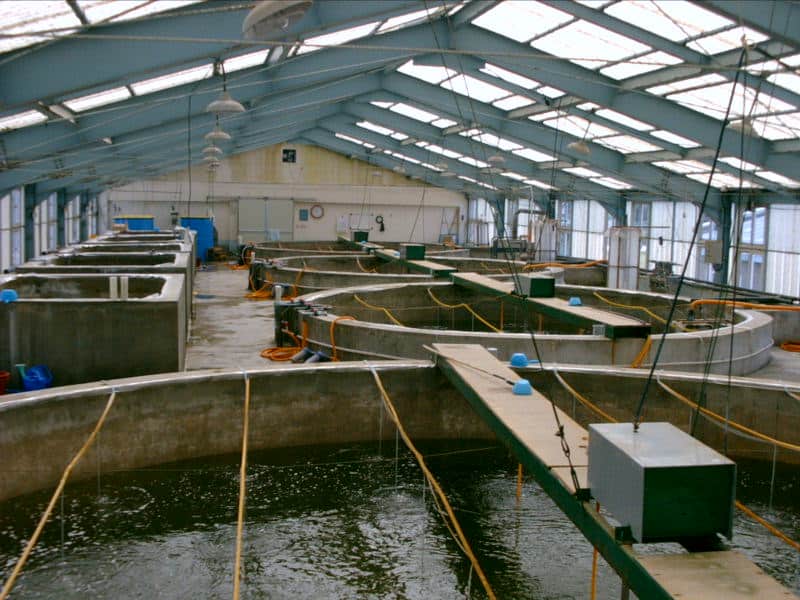 Tanks in a shrimp hatchery

Farm-raised seafood, shrimp in particular, is more prone to contamination with either harmful bacteria and/or chemicals than their wild-caught counterparts. Examples include packing shrimp with ice made from local tap water that is laden with pathogenic bacteria (e.g. Salmonella and E. coli). Just think of what happens when you drink the local water when traveling to certain parts of the world.

They also heavily use antibiotics, disinfectants and pesticides (many of which are illegal in the U.S.) in their shrimp farming practices. 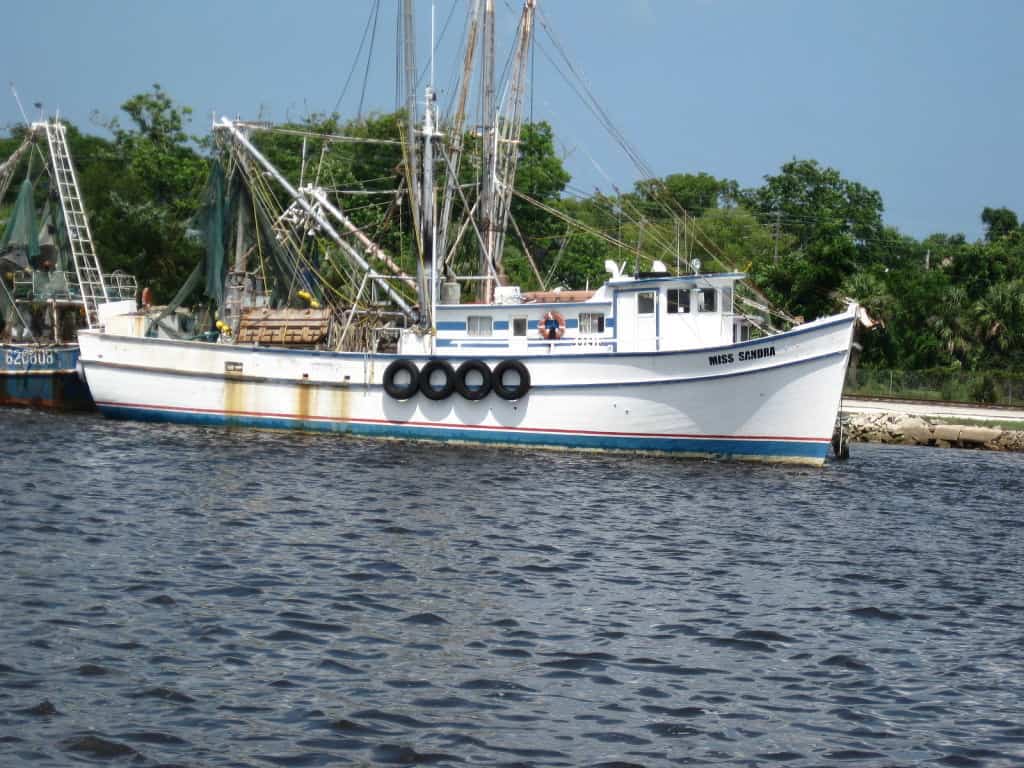 Additionally, the conditions aboard the fishing boats and in the factories are notoriously squalid, with reports of trash, rats, flies, and rotting debris mingled with the shrimp, along with storing the shrimp at improper temperatures.

As a result the local shrimp industries are constantly battling disease among their shrimp populations. On average a shrimp farm only lasts for 7 years before pollution in the shrimp ponds reaches the point that the shrimp can no longer live and subsequently experience mass die-off. In fact, some formerly dominant shrimp producing countries, such as Taiwan, experienced such disease-related industry collapses and that never recovered. This largely explains the huge rise in the price of shrimp in recent years, which is further compounded by increasing demand. 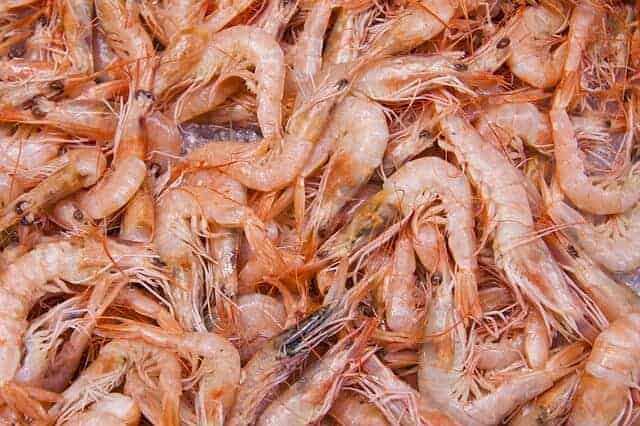 According to a study by the CDC, one quarter of all food-borne illness outbreaks in the U.S. can be traced to imported seafood. This is more than any other food that was tested and shrimp make up the largest segment of imported seafood. It doesn’t help that only 2.7% of all imported seafood is actually inspected and with even less being actually tested by the FDA. And when they do test, something unsavory is usually found. For example in 2011 the FDA reported samples of shrimp from India and Thailand that tested positive for nitrofurazone, a known carcinogenic antibiotic, at levels 28-29 times higher than the FDA limit. Choloramphenical, another antibiotic, was found at 150 times to allowable limit. 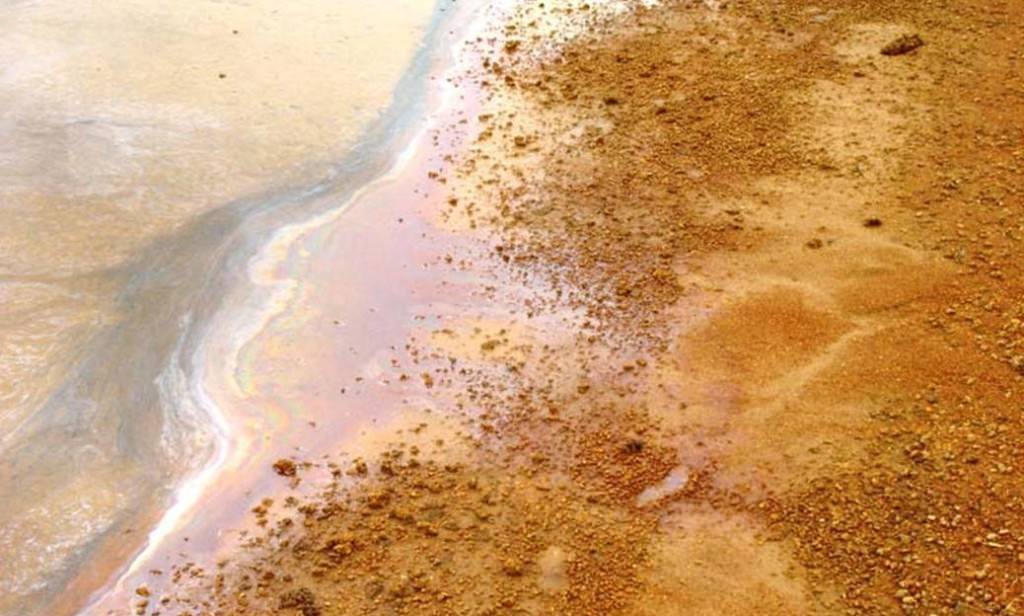 Toxic sludge oozing out of the bottom of a shrimp pond of a farm in Indonesia after the harvest. (Image courtesy Wikipedia)

And these are just that facts that may directly impact your heath. There are also reports of gross human rights violations toward the workers on the shrimp boats and processing plants (e.g. child labor, slavery, beatings and even reports of murder). Furthermore, the farming of shrimp in these areas has been linked with mass environmental destruction of coastal mangrove swamps which makes these areas more prone to destruction from storm surges. This also destroys habitats for other important seafood species such as snapper, sea bass, tilapia, oysters and crabs. Additionally, much of the feed for the shrimp farms comes from so called “trash” fish which are acquired by extensive bottom trawling which further threatens the already over-fished waters. I don’t claim to be an “environmental activist” but I can’t in good conscience feel good about supporting these types of practices.

If all of that wasn’t enough to turn you off of farmed shrimp, then…well, I know a good therapist. Fortunately you can find wild caught U.S. or Canadian shrimp, albeit at a higher price, but at least you can be more assured that it is sanitary and has been acquired without the severe human rights and environmental issues.