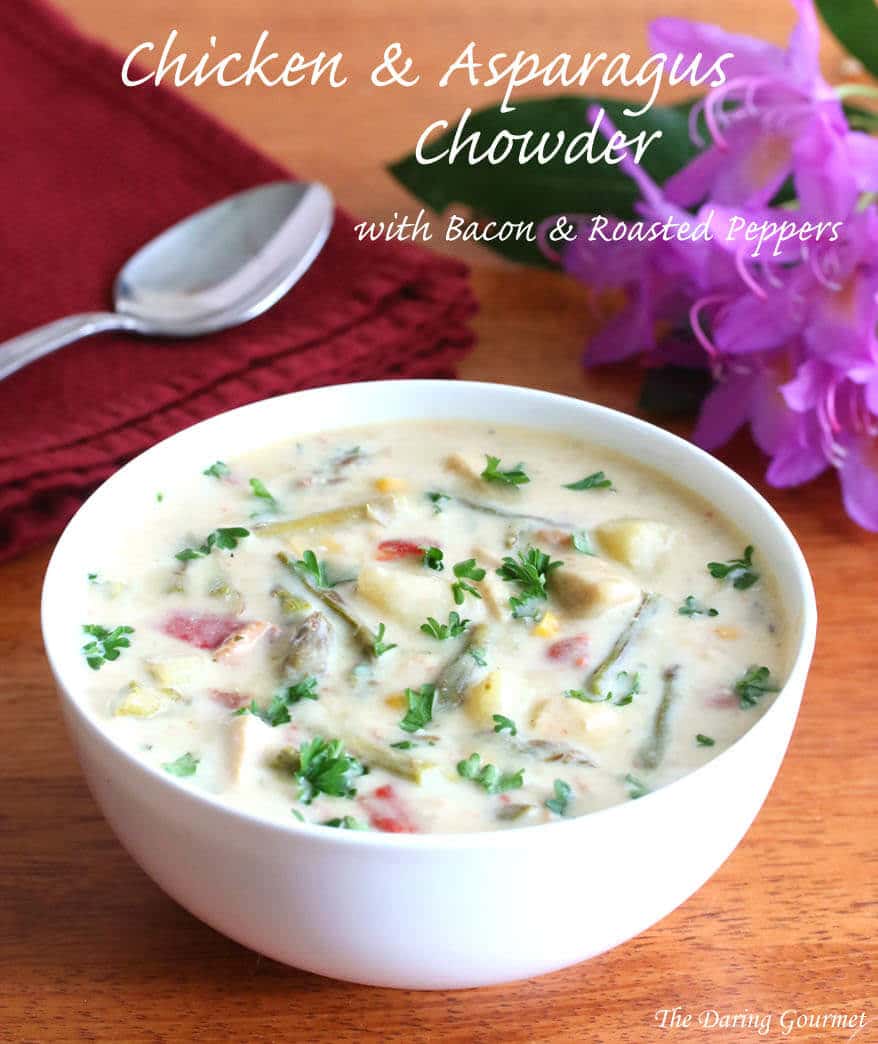 A creamy chowder packed with chicken, asparagus, bacon, roasted red peppers, potatoes and corn…chowder just doesn’t get any better than this!

Your next family favorite!

Another déjà vu recipe creation experience.  I had a bunch of asparagus that needed to be used.  I was in the mood for a soup, but had already made cream of asparagus soup with the previous batch.  I also happened to notice a bottle of roasted peppers.  *Wheels turning*  Asparagus, roasted red peppers, soup…chicken?…potatoes?…corn?…BACON!…and from there was born this tasty chowder.

It was an instant hit in our family and I’ve made it twice since.  My baby girl loves this soup.  Mostly she just loves asparagus.  But when I put a bowl of this chowder in front of her she devours it right up! 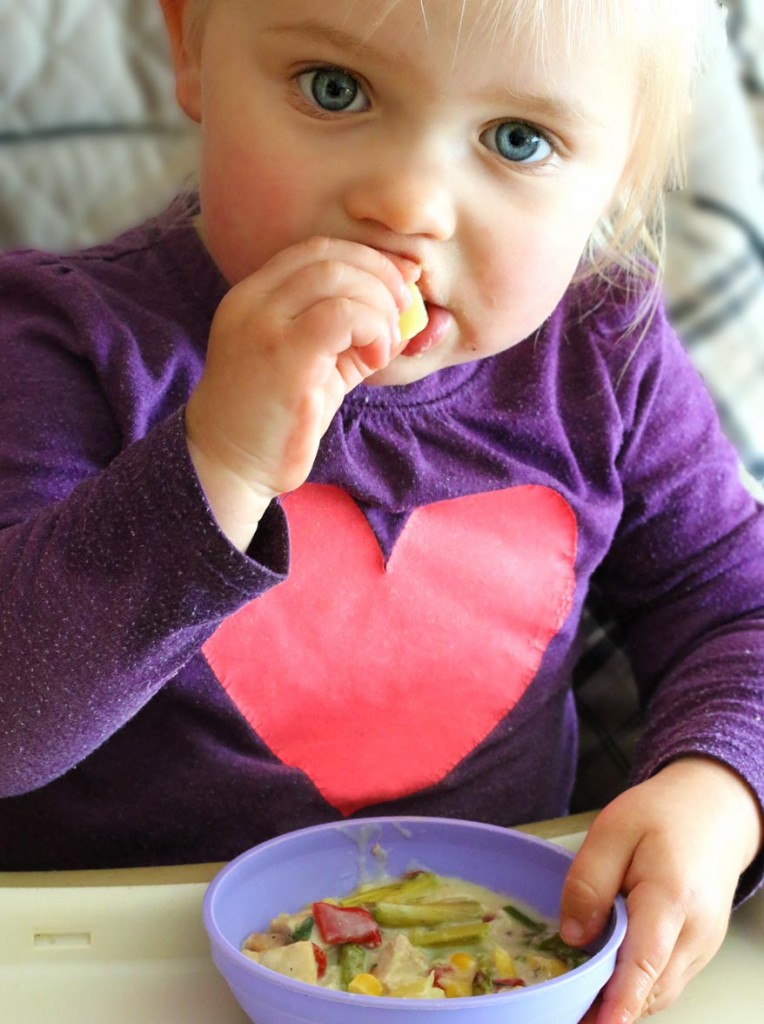 The flavor of this soup is enhanced by the cooking process – frying the bacon, caramelizing the onions with the bacon and a little butter, frying up the potatoes for a few minutes, and then allowing the soup to simmer for a few minutes to enrich the broth before adding the remaining ingredients.

This Chicken & Asparagus Chowder with Bacon & Roasted Peppers makes a generous batch and you’ll enjoy it just as much the next day! 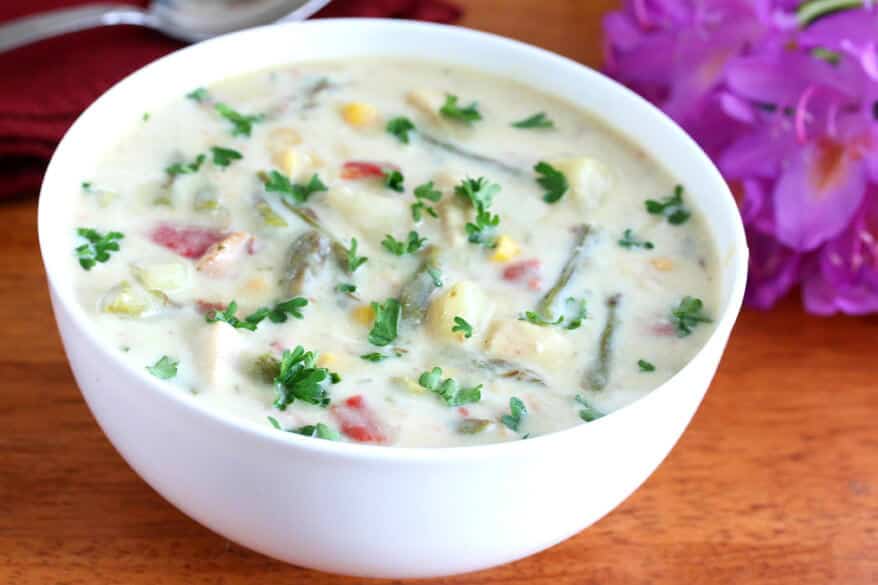 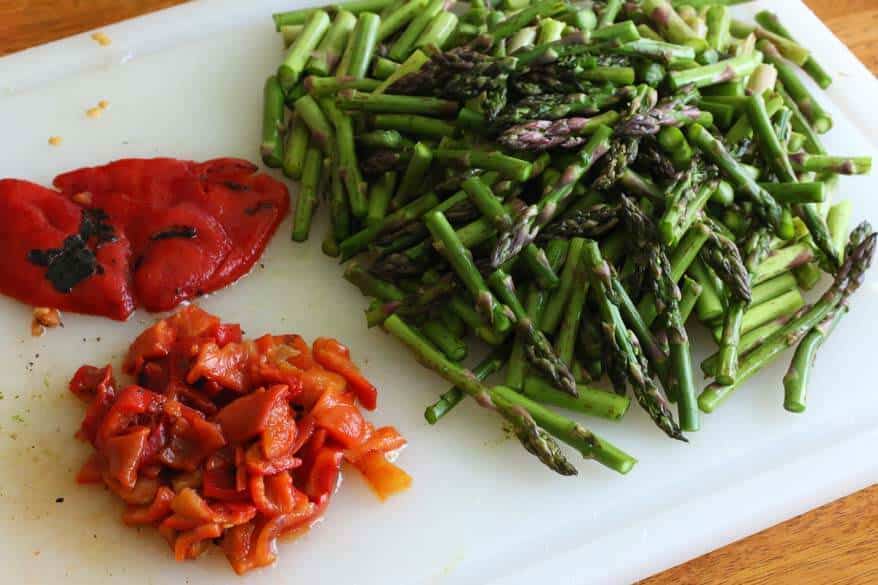 In a large Dutch oven, fry the bacon until crispy. 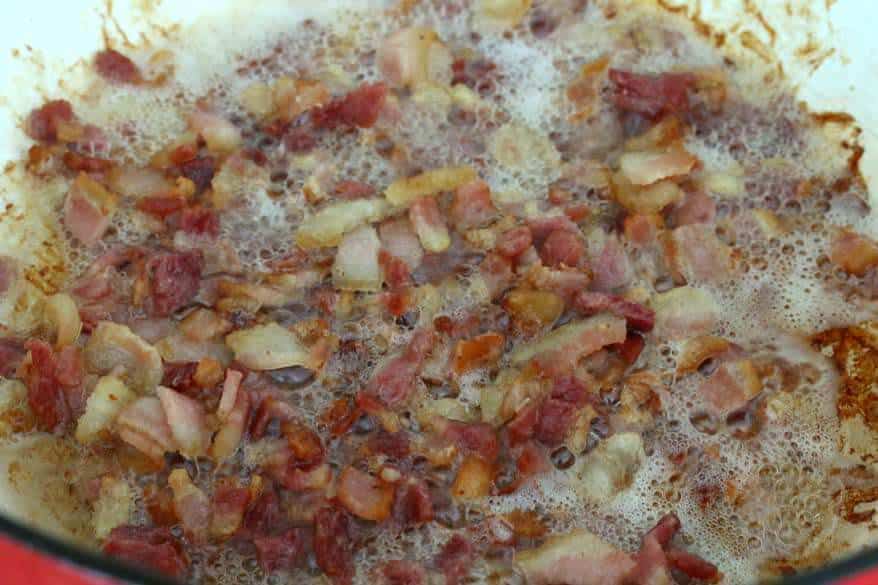 Add the onions and butter and cook until soft and golden, 7-8 minutes. 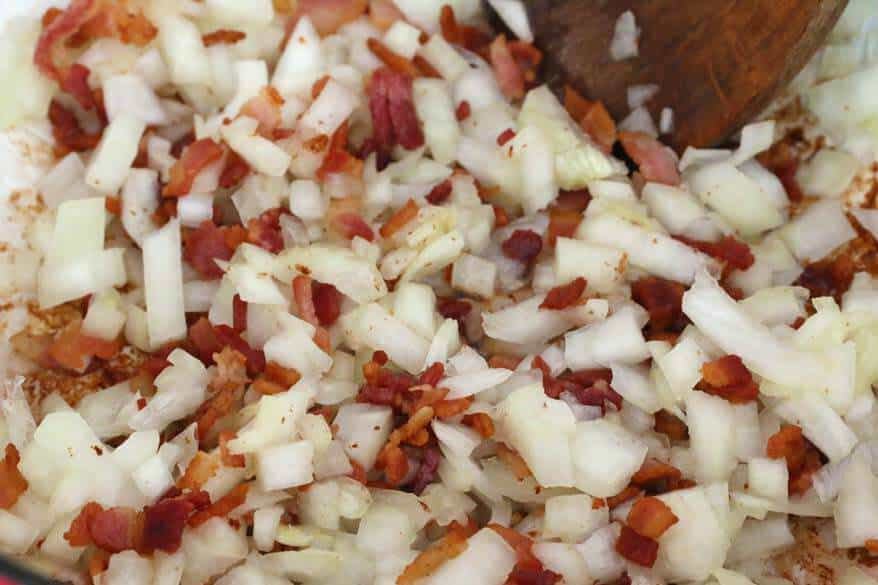 While the onions are cooking, dice the chicken and potatoes. 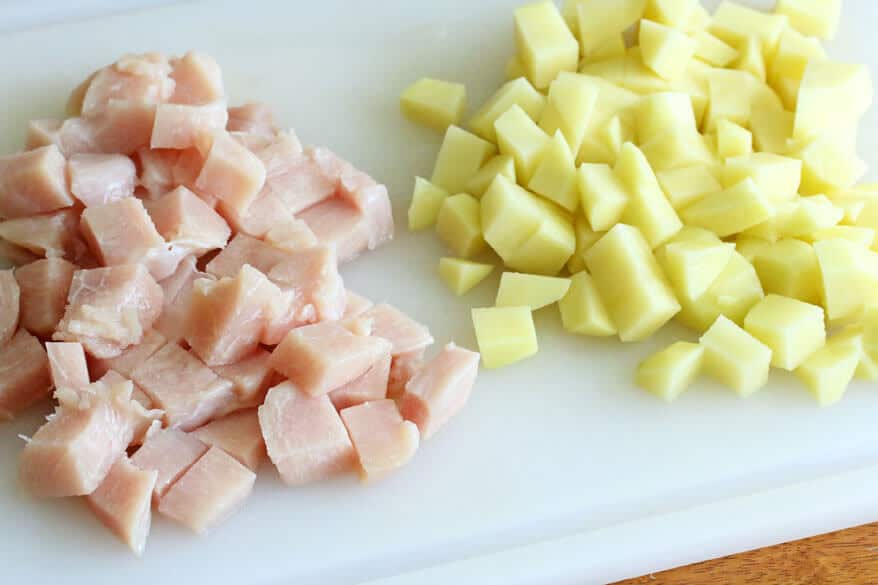 Add the potatoes and cook for 2-3 minutes.  Add the chicken and cook until white, 3-4 minutes. 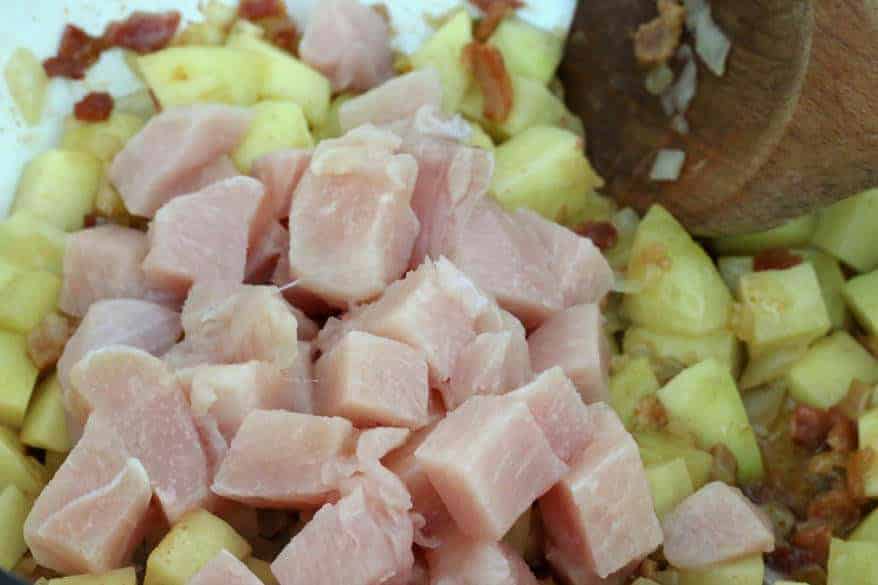 Add the flour and cook for another minute. 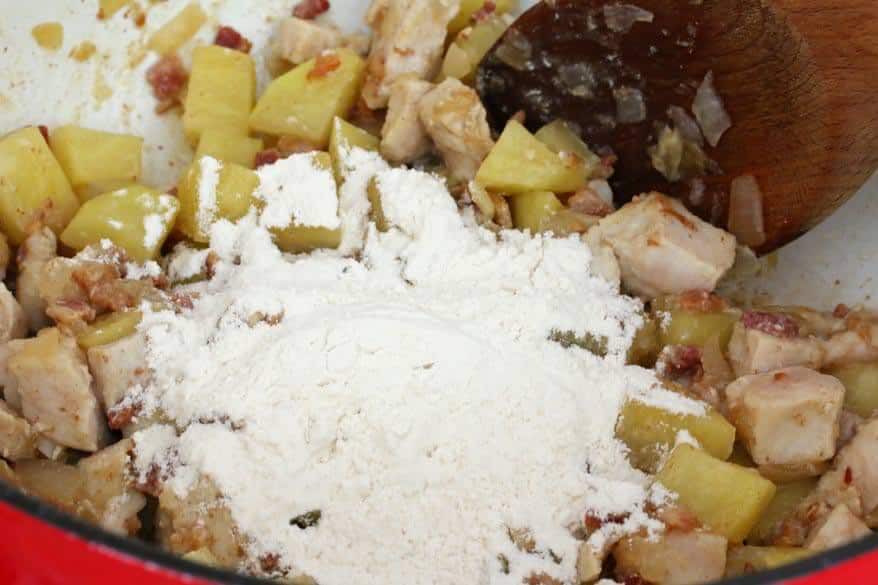 Add the broth, milk, salt, pepper, thyme and corn.  Stir to incorporate the flour.   Bring to a boil, reduce the heat to medium-low, and simmer uncovered to 10 minutes until thickened, stirring regularly. 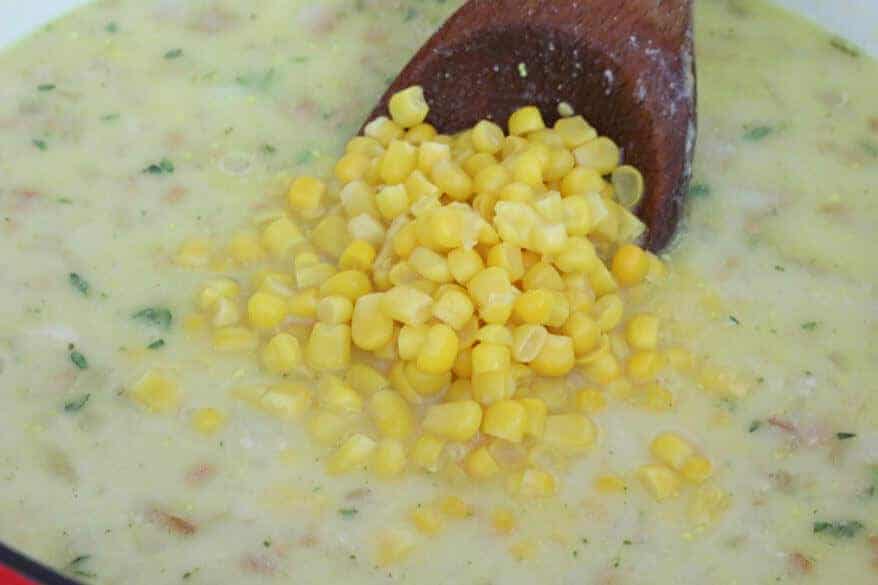 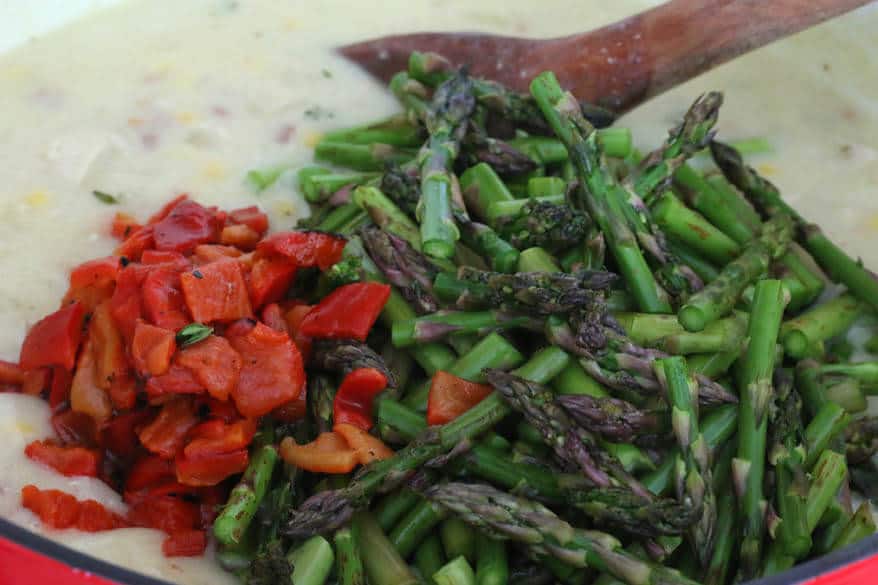 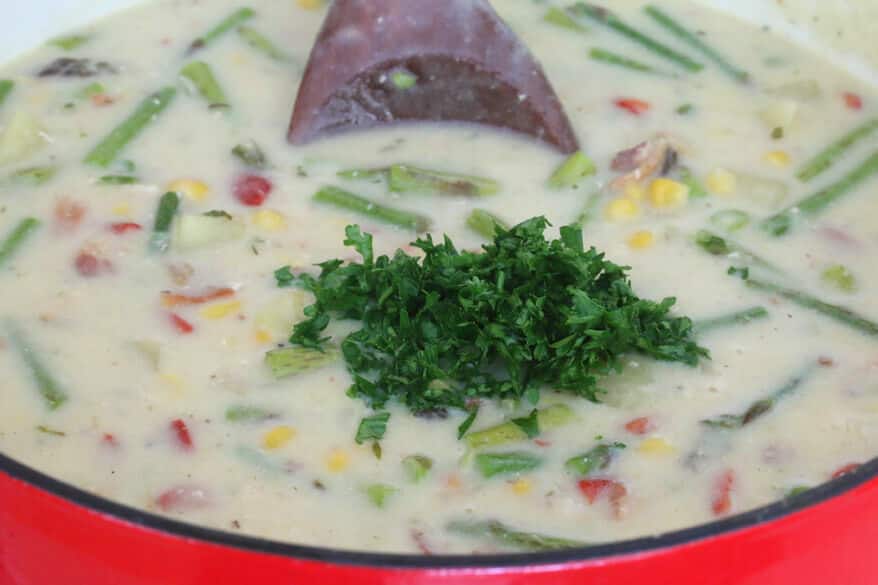 …and the cream.  Heat through and add salt and pepper to taste. 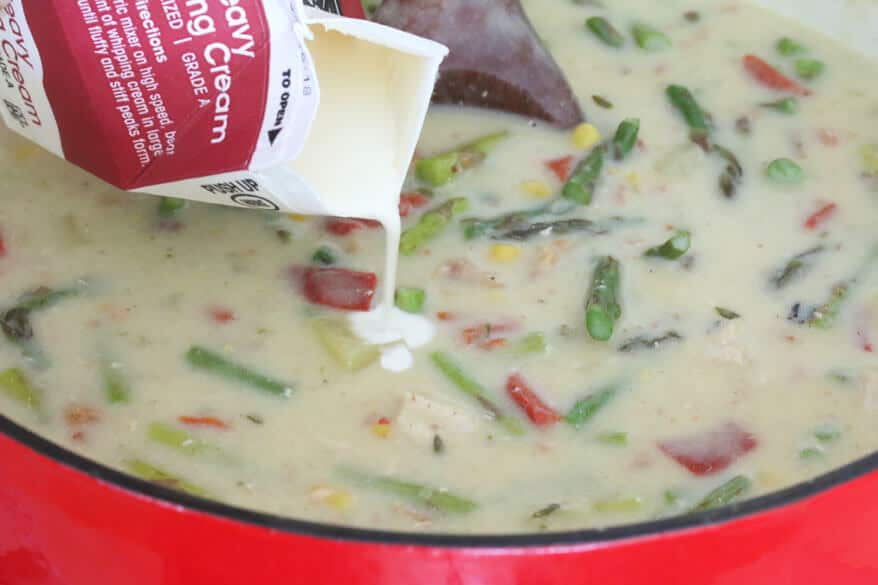 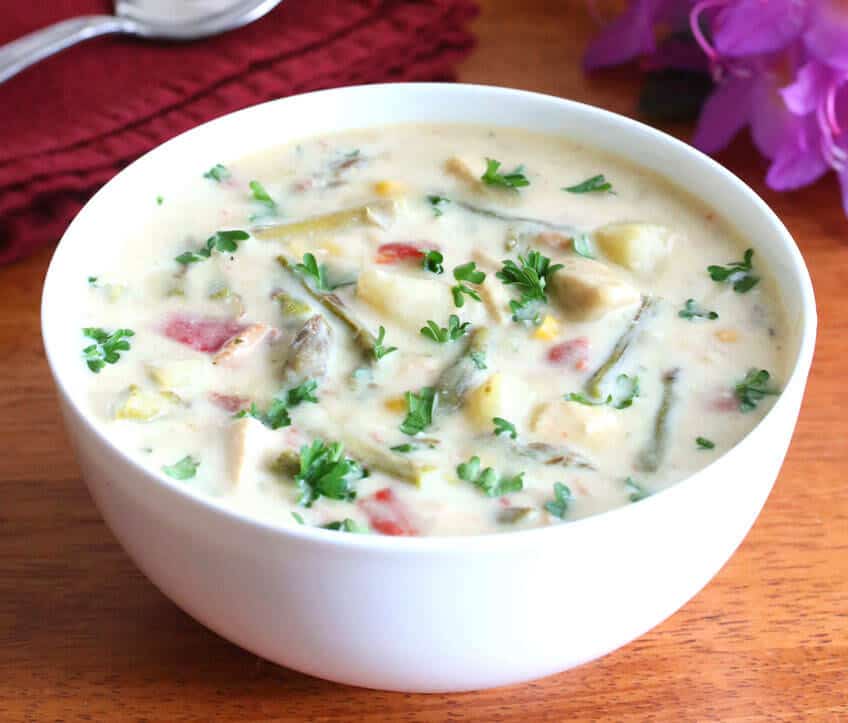 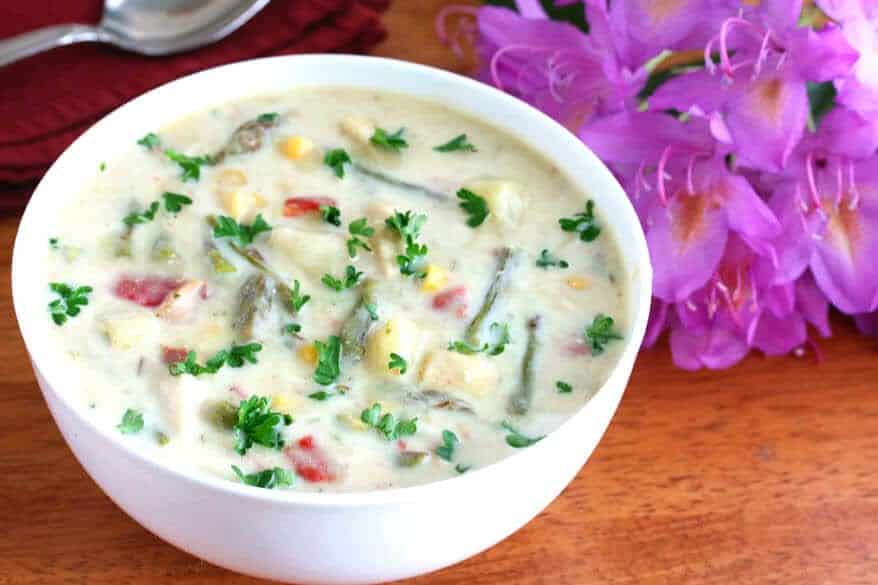