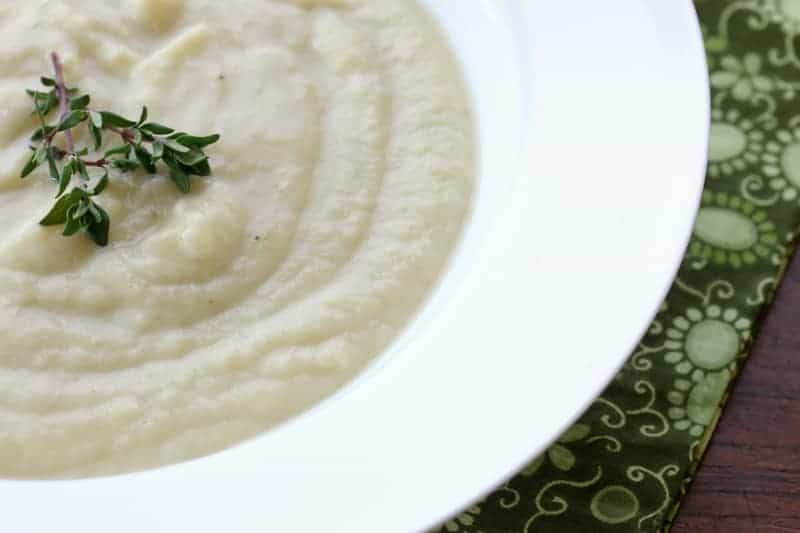 “Cream of” soups have always been some of my favorites.  They really bring out the flavor of the vegetables and love their creamy texture.

The Jerusalem artichoke, also called sunchoke, is native to eastern North America.  It’s a root vegetable and is actually related to the sunflower.  When the Jerusalem artichoke plants are in bloom they bright yellow flowers.  Jerusalem artichokes have a similar appearance to ginger root, but the flavor isn’t remotely the same.  Their name, “artichoke”, is fitting because they taste very much like artichokes.  Their composition is very interesting.  They have a high inulin content (which is converted into fructose) which accounts for its somewhat sweet flavor.  They also lack starch and as a result have been promoted as a good substitute for potatoes for diabetics.   Peak season in North America ranges from October through April. 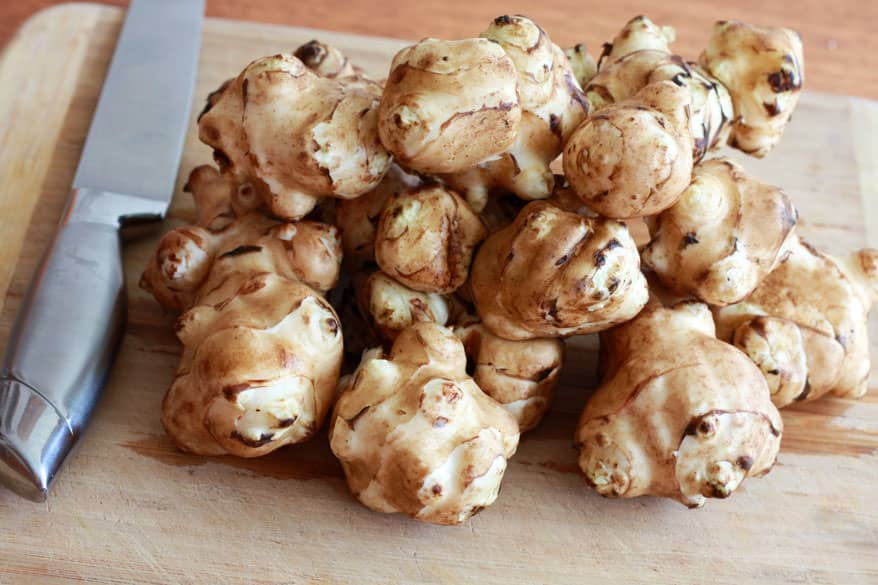 Have you ever tried Jerusalem artichokes?  How were they served or how did you prepare them?

Jerusalem artichokes have both a delicate and distinct pleasant flavor.  They go wonderfully, for example, in gratins (recipe to come) and soups, like this Cream of Artichoke Soup where it’s paired with the wonderful buttery flavor of leek and the creamy texture of potato.

Heat the butter in a skillet over medium heat and saute the onion, garlic and leek until softened, 5-7 minutes.  Add the flour and stir to combine.  Cook for another 2 minutes.

Use an immersion blender (or place in stand blender) and puree to desired consistency.  Add the heavy cream and blend to combine.  If using a stand blender return the pureed soup back to the pot then stir in the cream).  Heat through.  Add salt and pepper to taste.

Serve immediately and enjoy!  Great with a side salad and/or fluffy dinner rolls. 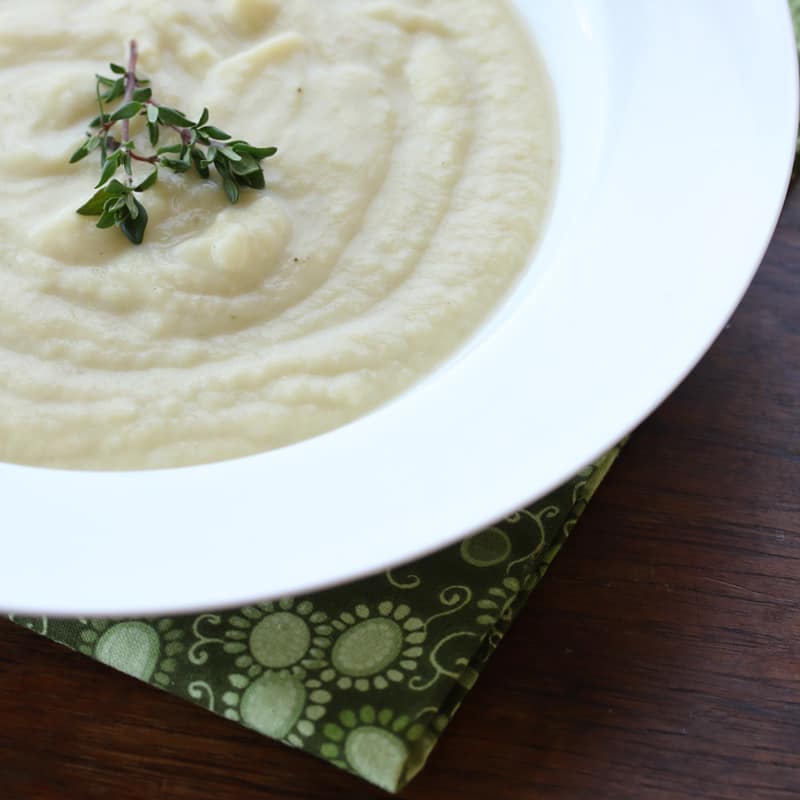 5.0 from 1 reviews
Cream of Jerusalem Artichoke, Leek and Potato Soup