An incredibly rich and delicious African peanut stew recipe that tastes even better the next day! Known as Domoda, it’s the national dish of Gambia. 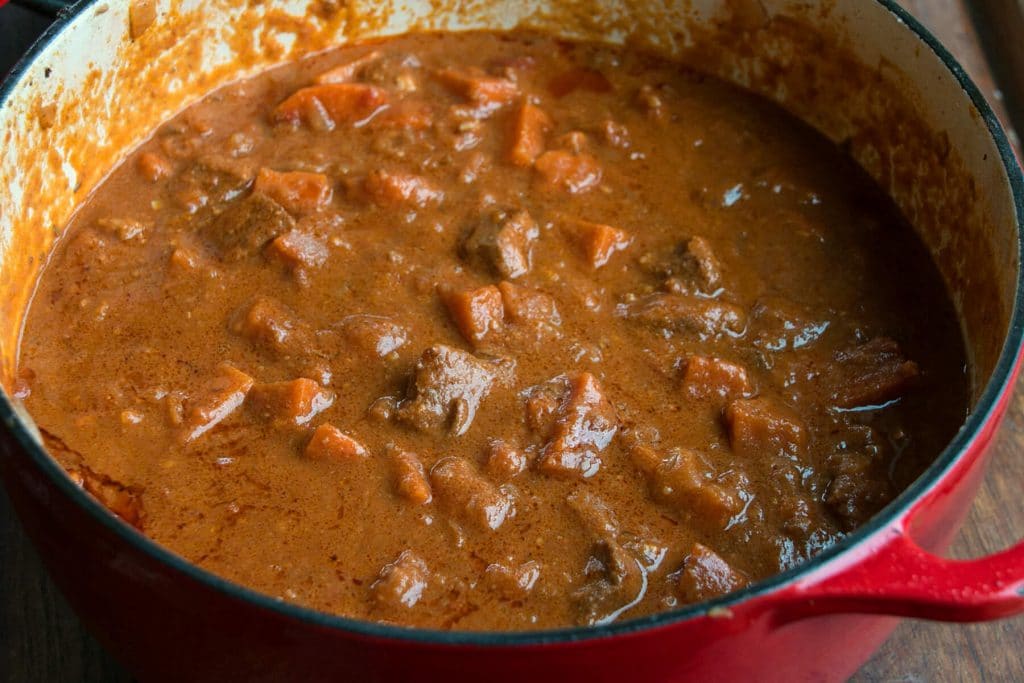 Domoda is the national dish of Gambia.  It is a delicious “groundnut stew” (peanuts) consisting of whatever vegetable happens to be available, typically pumpkin or sweet potatoes, and a saucy base. Whether vegetarian or including meat, the base is pretty consistent: A rich and flavorful sauce featuring ground peanut paste (or natural, unsweetened peanut butter), fresh tomatoes, and tomato paste. Caramelized onions, chicken and tomato stock, and hot chili peppers are also added.  Maggi bouillon cubes are readily available in many parts of Africa and are commonly used in African cooking, including this dish.

Situated in West Africa, Gambia was a British commonwealth until 1965 when it gained independence. The land is relatively more fertile than other parts of Africa and Gambia’s economy is dominated by farming, fishing and tourism.  Thus, they’re able to grow things like the pumpkins and sweet potatoes that are common to Gambian cuisine.

Though Gambia is the smallest country on mainland Africa, it’s culture and history are diverse. Some of this history was popularized in the Alex Haley book and TV series “Roots,” parts of which were set in the Gambia.

A very poor country, a third of Gambia’s population lives below the international poverty line of $1.25 a day. Vegetarian dishes are common in Gambia because of the expense of meat. Domoda is often eaten without meat as well.  But when a Gambian family is able to enjoy a little luxury, they’ll often add chicken or beef to this national dish.  It’s humbling preparing something that by our standards is simple and relatively inexpensive, knowing that for other countries, like many households in Gambia, it’s a luxury.  I’ve made this dish different times with beef and chicken and they’re both delicious.  This time I used beef, but chicken can be used interchangeably (the resulting stew will be a little lighter in color).

This Daring Gourmet version is true to authentic roots.  It’s a simple dish to make with a rich and rewarding flavor.  This is African comfort food at its best, folks, and believe me, it’s a winner!

Heat the oil in large Dutch oven or heavy saucepan.  Saute the onions until golden. Add the beef and garlic and continue to sauté until the beef is no longer pink. Add the tomatoes and cook for 3 minutes. 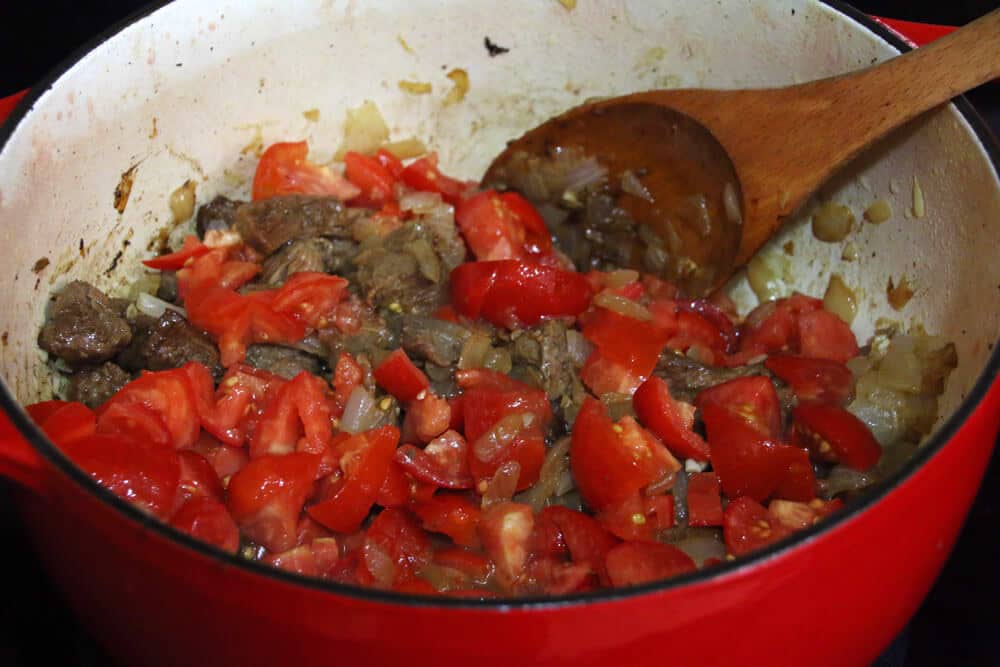 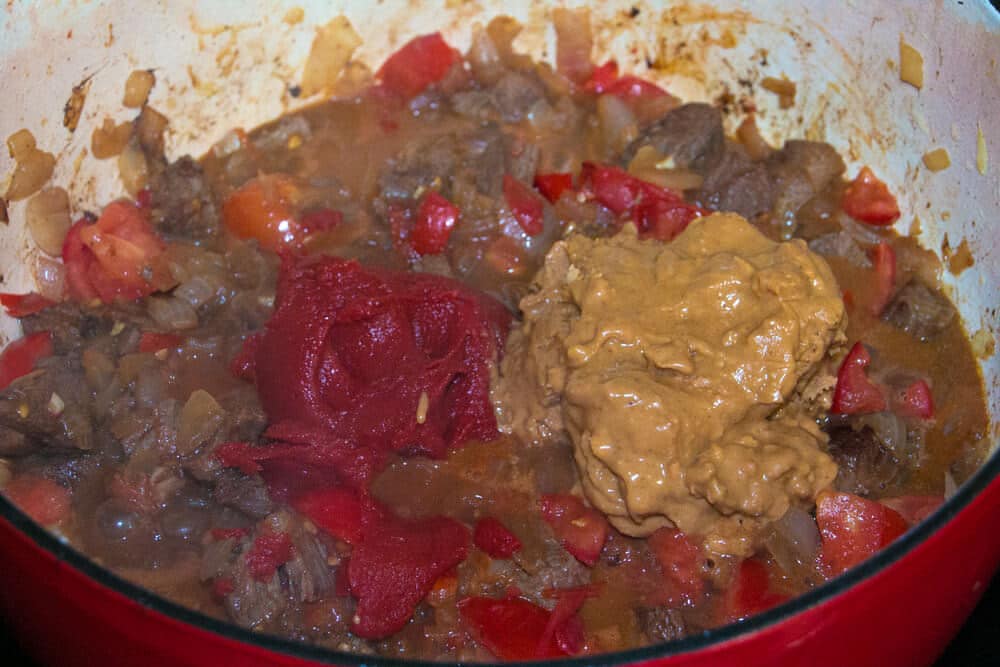 Add the water and bouillon cubes. Bring to a boil, reduce heat, cover, and simmer for 15 minutes, stirring occasionally. 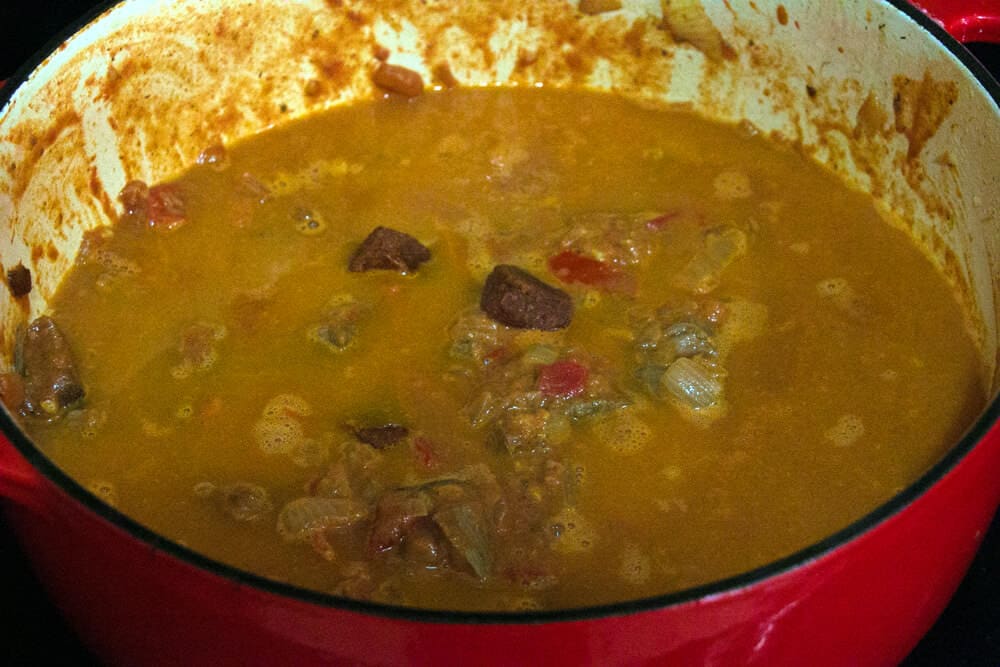 Add squash, cover, and continue to cook for 35-40 minutes or until the pumpkin is tender, stirring occasionally. Season with salt and pepper. 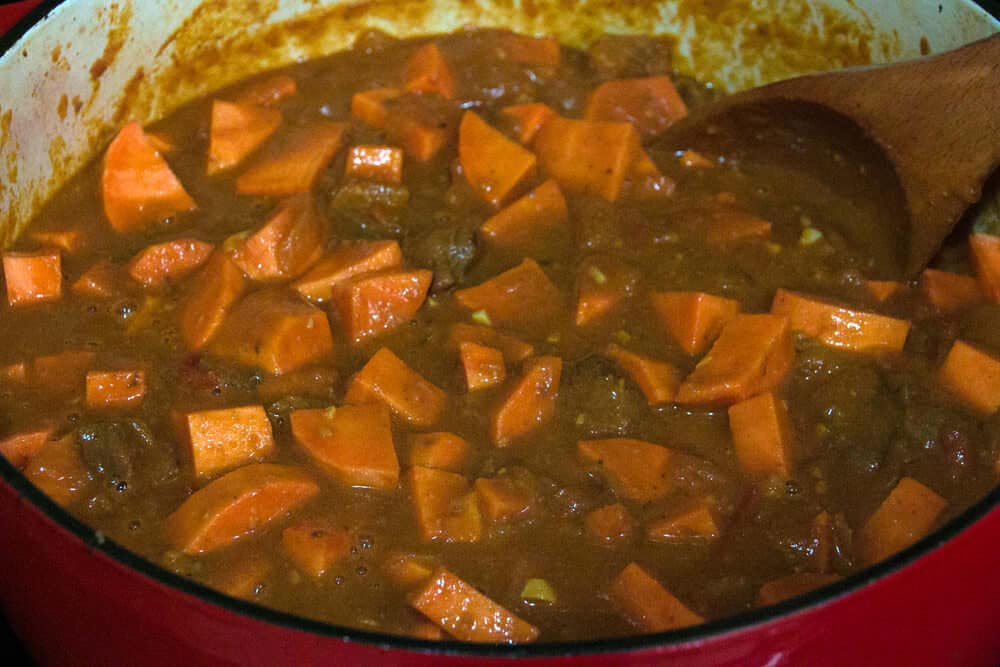 Serve hot with rice. This stew tastes even better the next day. 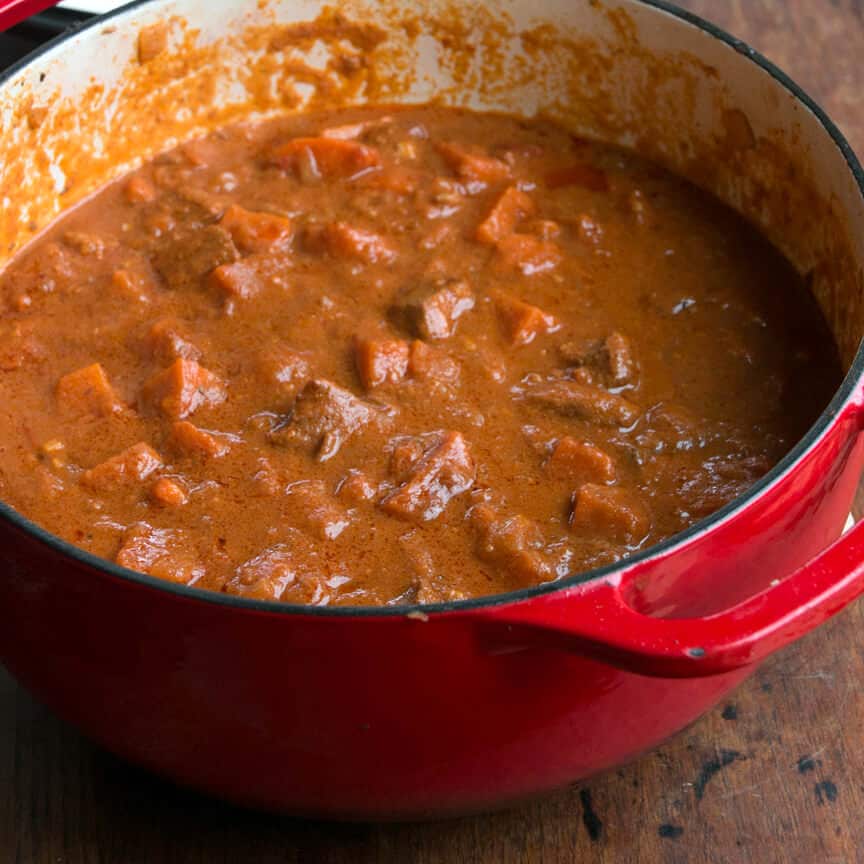 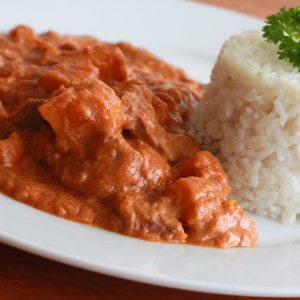 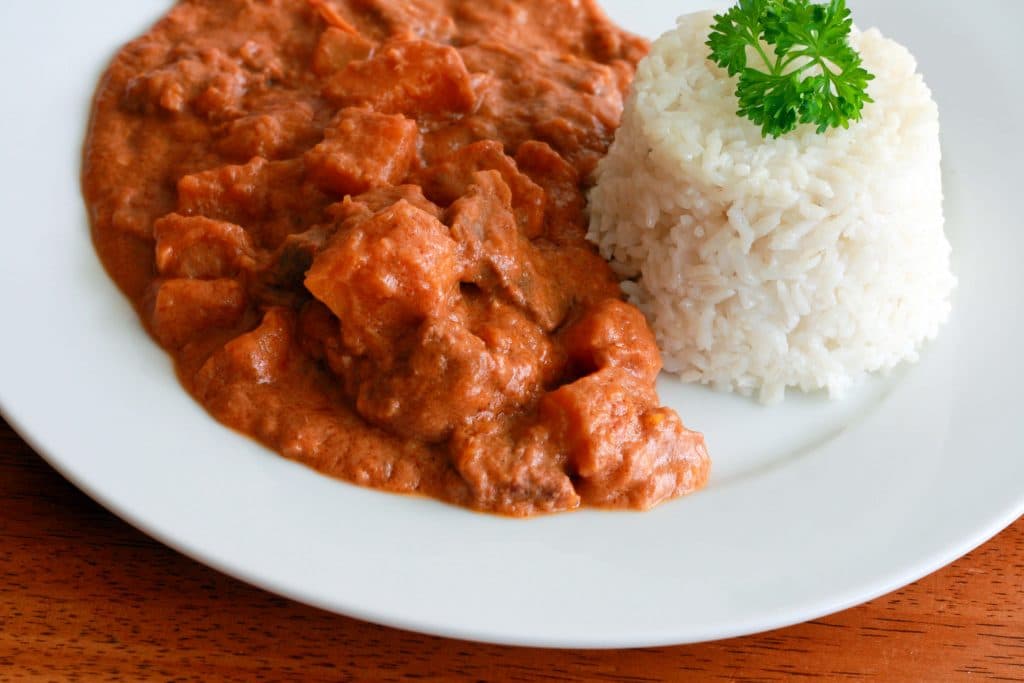