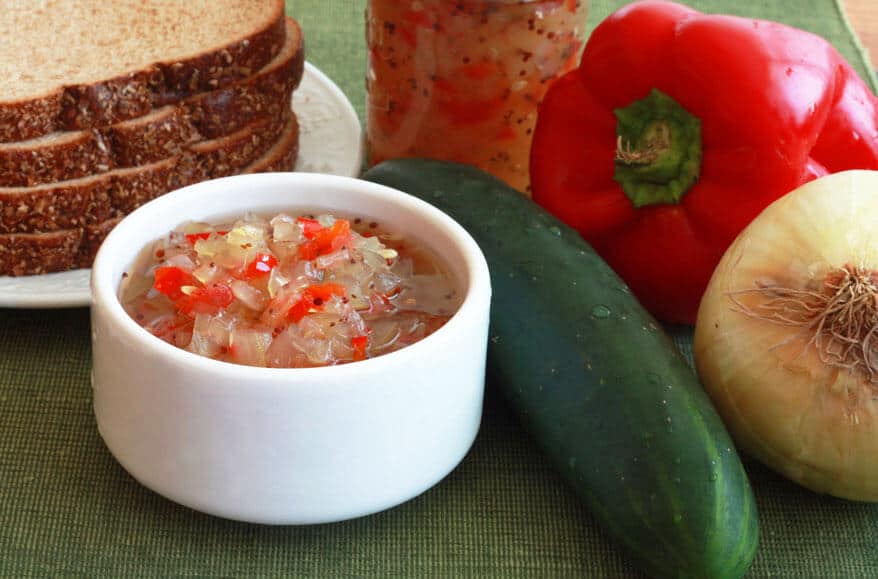 Nothing fancy, just a humble homemade sweet pickle relish.  But it’s downright good.  In fact, it’s the best I’ve ever had.  It adds a wonderful dimension to your sandwiches, hot dogs, pasta and potato salads.  So easy to make with instructions for canning so you can enjoy it all the year long.

This Summer I canned up a storm!

I have a variety of goodies I want to share with you, and we’ll start with this one.  This relish is simple to make.  You can use a food processor to chop the vegetables, but that can often result in a more mushy texture.  I prefer to chop them by hand, or by knife rather. ;)

Peel the cucumbers and thinly slice them lengthwise.  Slice them into strips, discarding the inner strip of seeds.  Very finely dice the cucumbers. 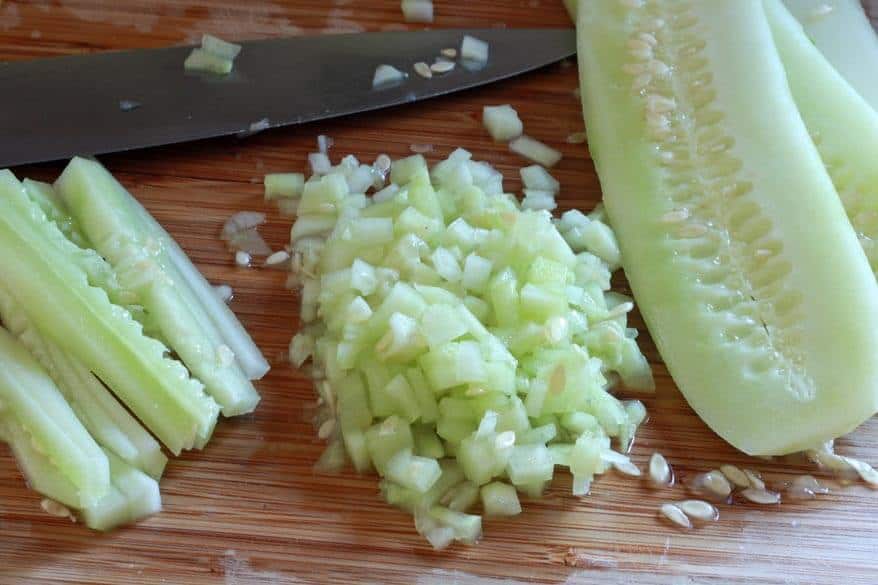 Very finely dice the onions.  You can use a food processor, just don’t let the onions get mushy. 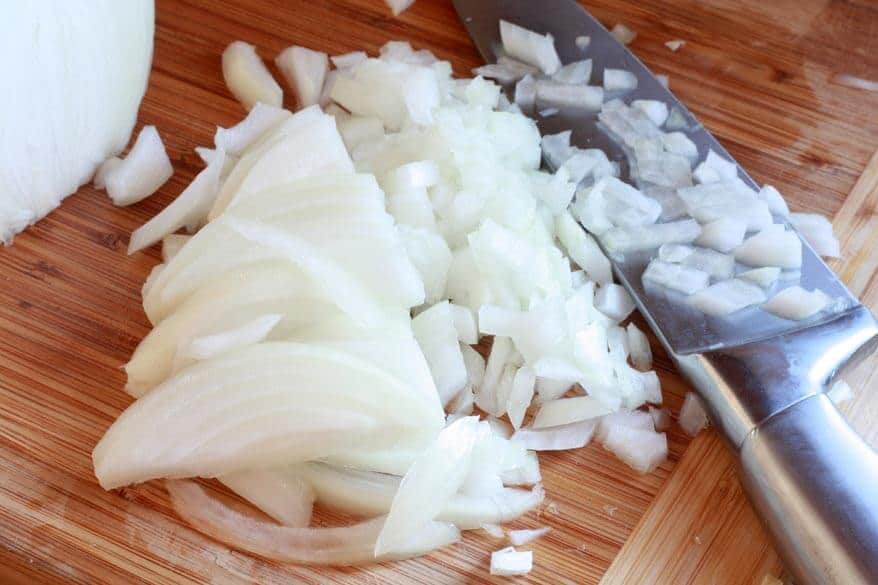 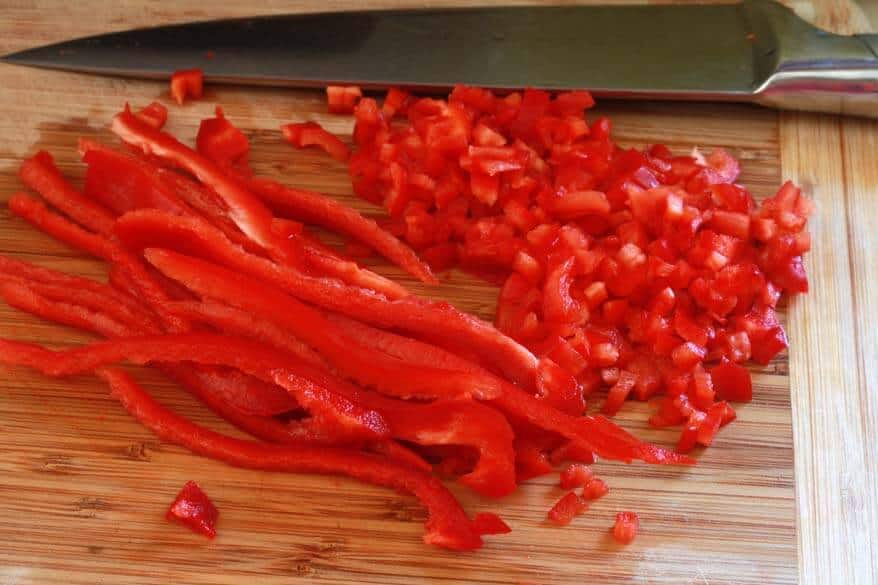 Place the diced vegetables in a large bowl along with the salt.  Cover with water and let it sit for at least 6 hours or overnight. 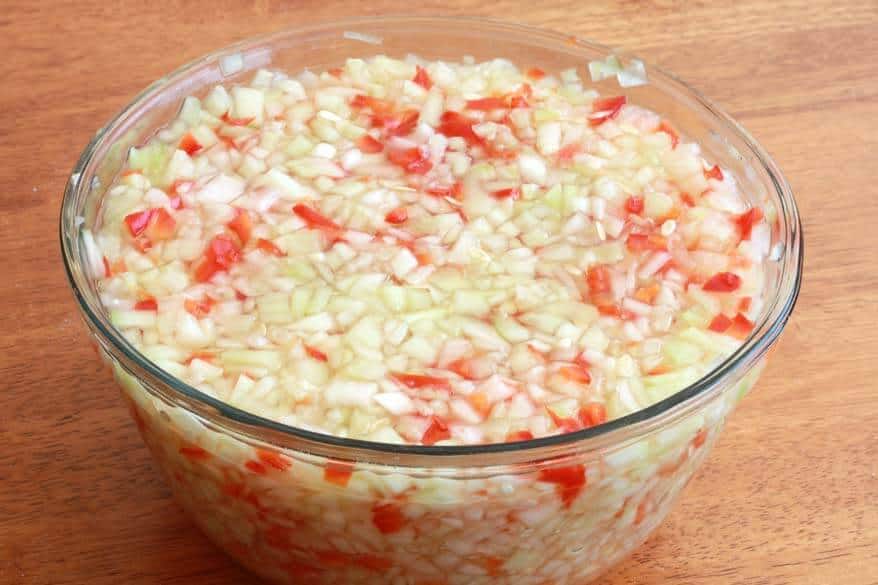 Put the sugar, vinegar and spices in a large stock pot and bring it to a boil.  Reduce the heat to a low boil and simmer for 5 minutes. 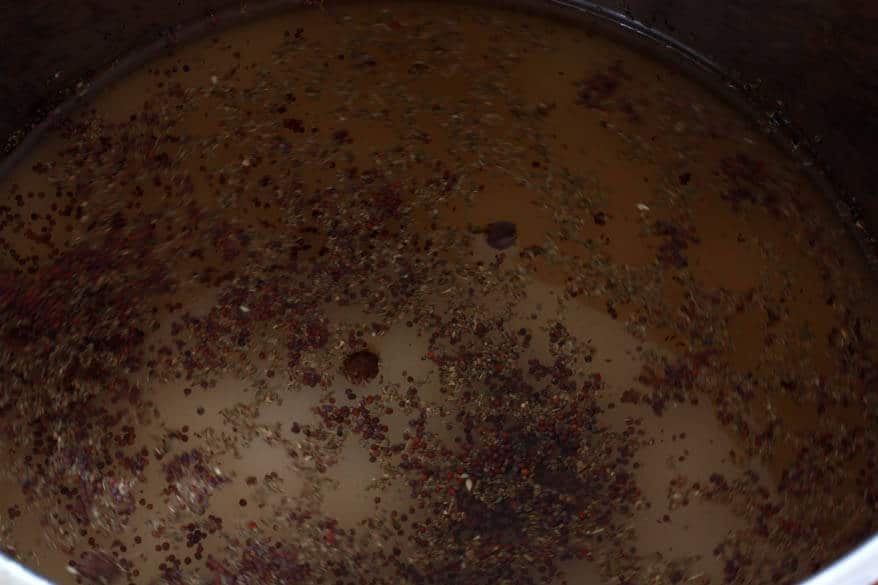 Drain the cucumber mixture in a colander, thoroughly rinse, and drain again.  Add the mixture to the stock pot.  Ignore the metal tea gadget in the picture.  I was originally going to let it simmer with the allspices berries inside so they could be easily removed afterwards, but that’s pretty pointless.  The 4 allspices berries are plenty easy to fish out later on, or just leave them in, like I ended up doing.  They look cool in the bottles!

Return to a boil, reduce the heat to medium-low, and simmer, uncovered, for 10 minutes.   Discard the bay leaf. 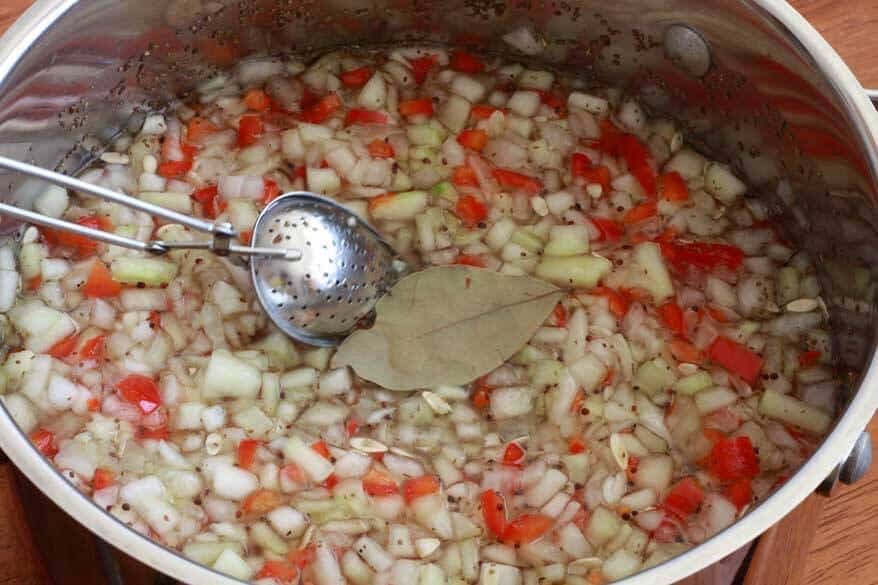 Ladle the hot relish into the jars, leaving 1/4 inch of headspace.  Wipe the rims of the jars clean and seal tightly with the lids.  Process the jars in a boiling water bath for 10 minutes. 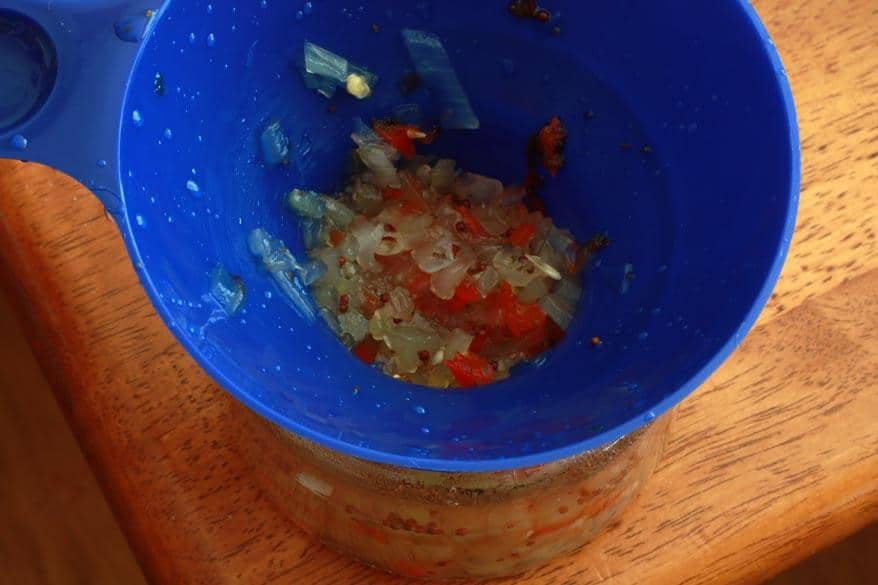 Sealed jars will keep in a cool, dark place for at one year.  If the seal has broken, the relish will keep in the fridge for one month. 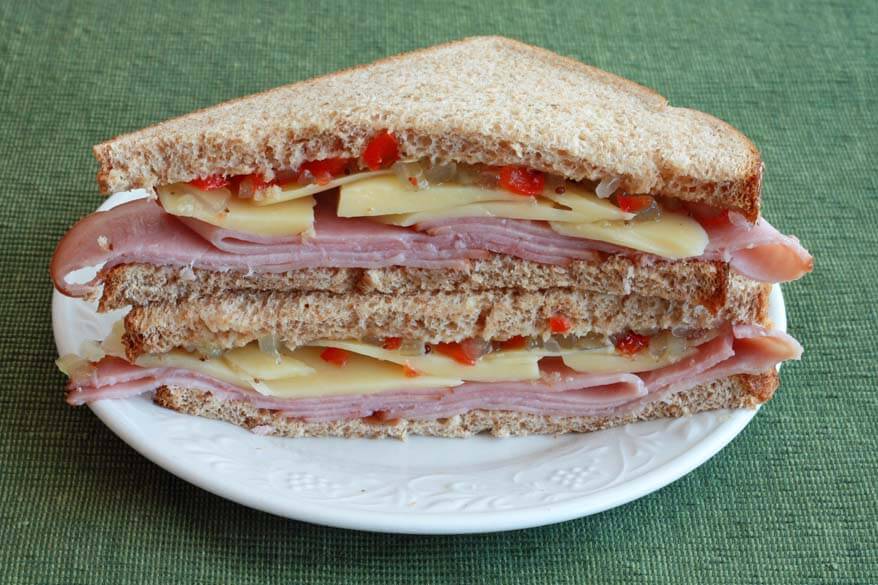 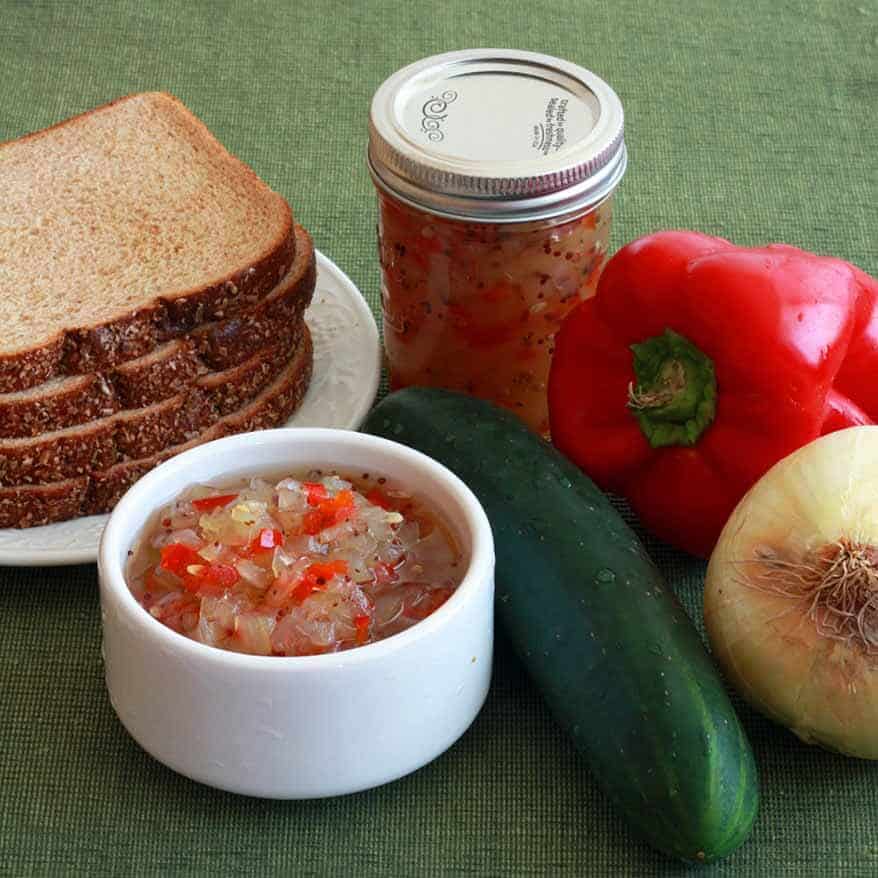