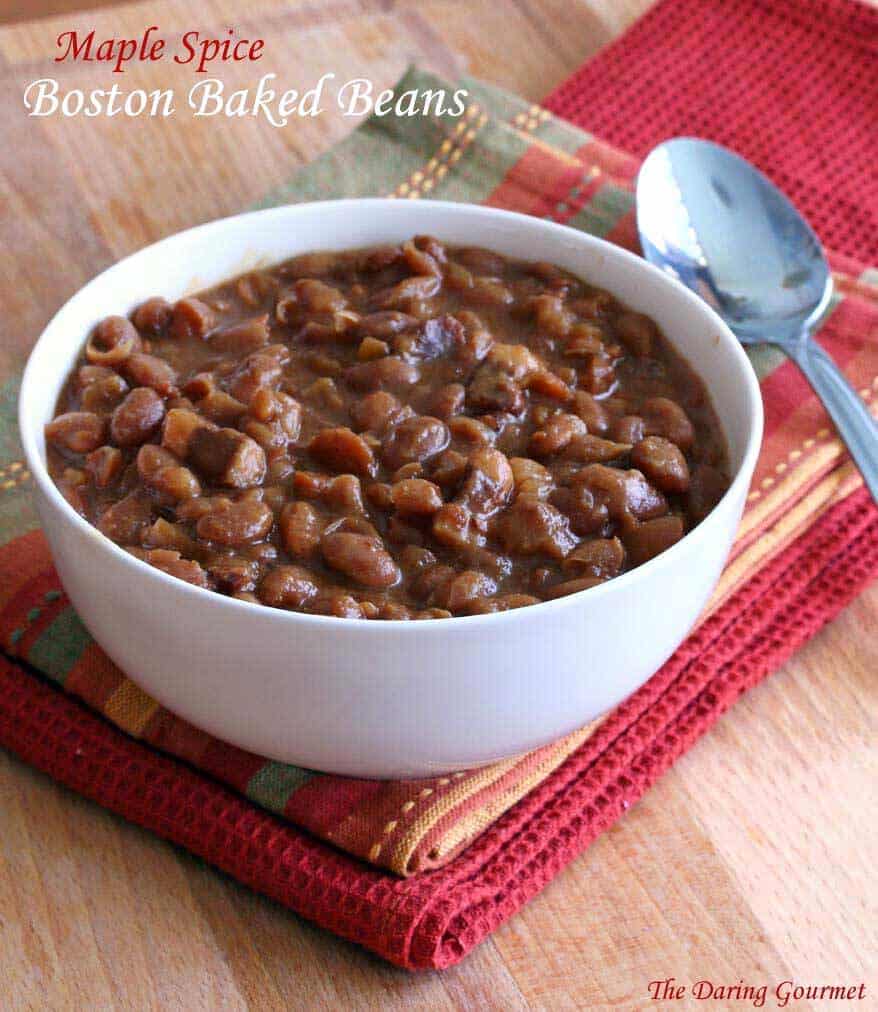 Packed FULL of flavor and easy to make in your slow cooker!

And a little history lesson about the day a molasses flash flood hit the streets of Boston.  Seriously.

It was 95 years ago.  A massive storage tank (50 feet tall/90 feet wide)  holding sticky thick molasses suddenly burst.   It sent nearly 2.5 MILLION GALLONS of molasses down the streets of Boston!  The highest wave of molasses reached 25 feet at its peak and came rushing at a speed of 35 miles per hour.  People and horses, waist high in molasses, struggled to move.  To imagine the scene would almost be comical were it not for the fact that it left disaster in its wake with over 100 injuries and nearly two dozen deaths.  It took two weeks with 300 people at a total of 87,000 man-hours to clean it up.  To put that into perspective, that’s 10 years of around-the-clock work for one person.  This almost century-ago tragedy became known as the  Boston Molasses Disaster, truly one of the strangest disasters in American history.  Boston folklore has it that on some hot Summer nights you can still catch the scent of molasses in the air.

You may be wondering, why on earth was there a tank holding so much molasses – 2.5 million gallons – in the first place??  Molasses is something that most of us have in our kitchen cupboards but rarely use.  On average most of us probably go through less than a jar per year.  But that’s today.  A century and more ago, molasses was the most common sweetener used.   And it was even used for making…beans.  Boston gets its nickname “Beantown” from a favorite dish popular since Colonial times:  Beans baked for several hours in…you got it – molasses!

Boston baked beans still traditionally call for molasses.  This recipe stays true to form and also includes maple syrup, brown sugar, cloves, mustard, and of course salt pork for a hearty batch of Boston baked beans so full of flavor the taste and aroma will have you coming back for seconds! 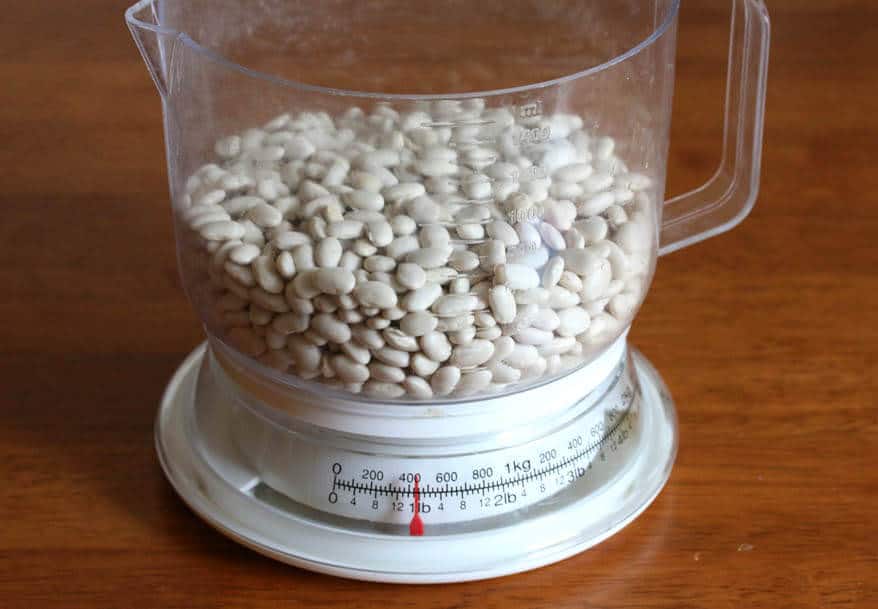 Soak them in water overnight, rinse and drain them.  For a quicker method, place the dried beans in a large pot of water, at least 4 inches above the beans.  Bring it to a boil and let it boil for 3 minutes.  Turn off the heat and let it sit, covered, for 1 hour.  Drain and proceed with recipe as instructed. 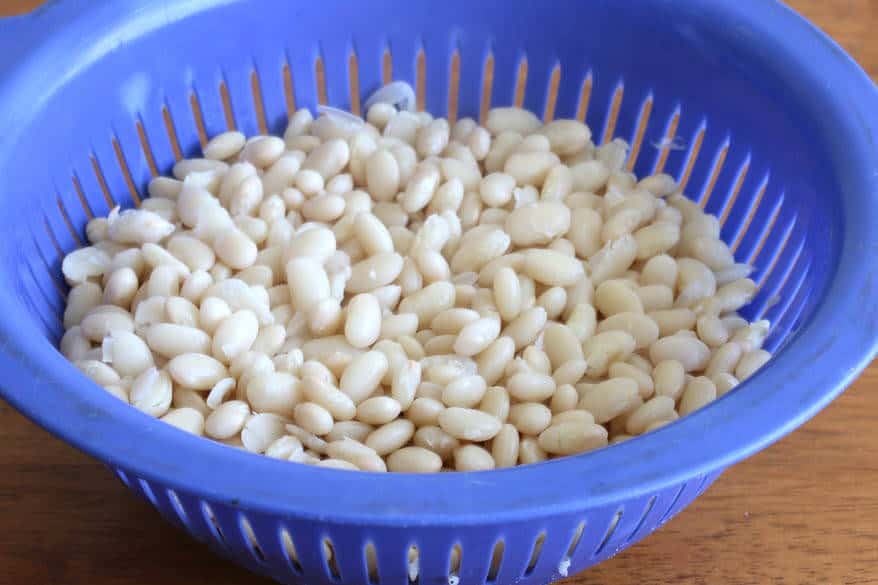 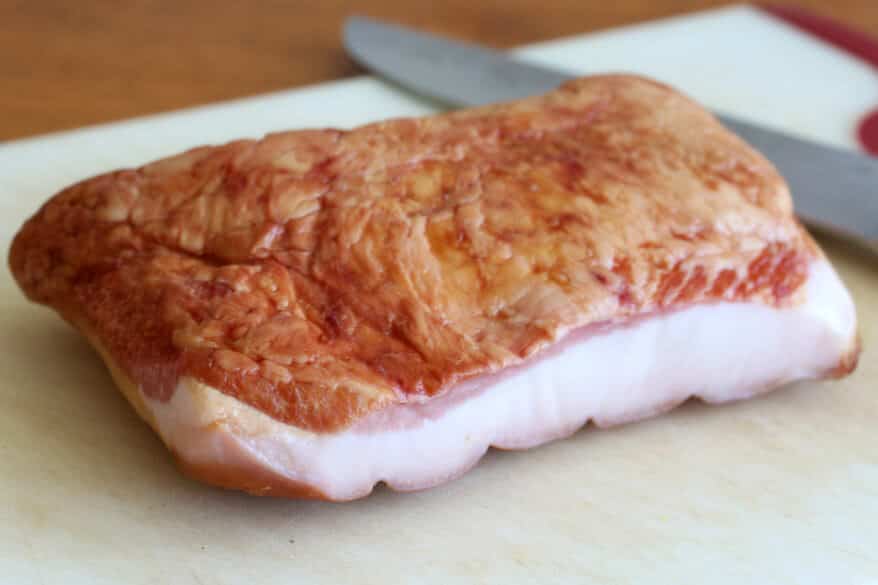 Spread out 1/2 of the salt in the bottom of the slow cooker.  Use the fattiest pieces on the bottom. 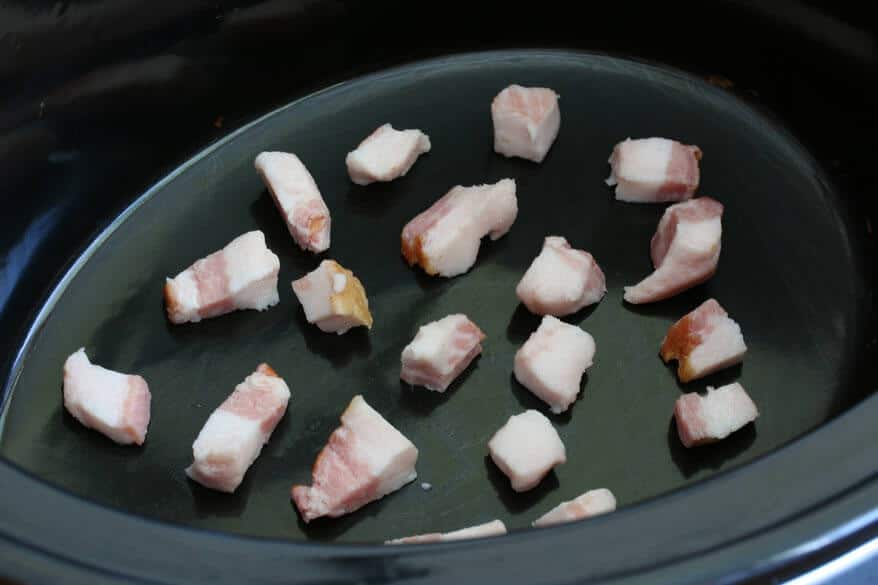 Next add 1/2 of the beans, then all of the onion and the bay leaf. 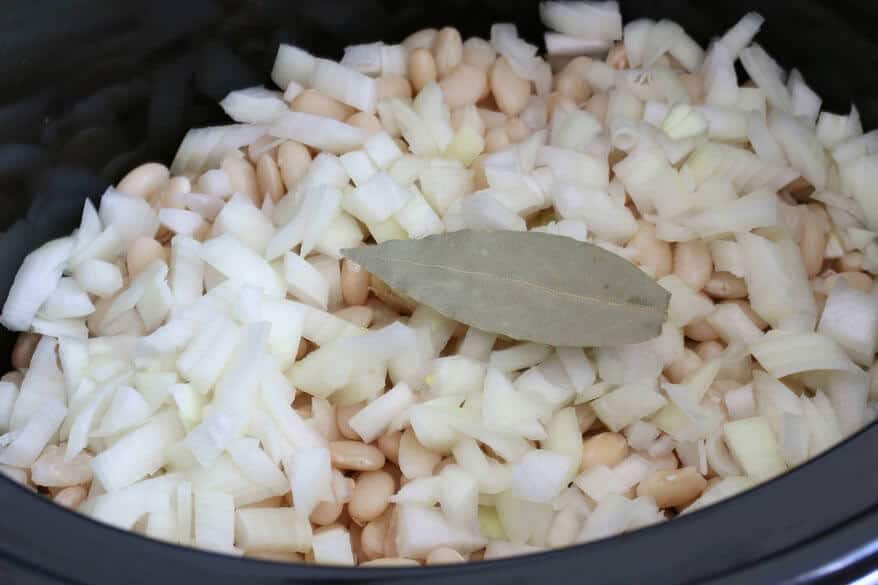 Add the remaining beans and the rest of the salt pork. 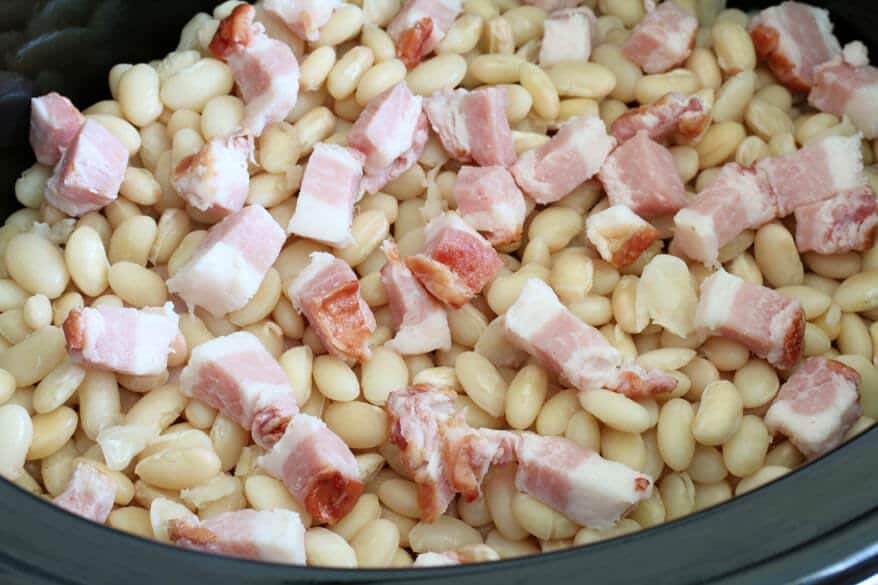 Combine all of the sauce ingredients in a bowl.  Stir until the sugar is dissolved.

Pour the liquid over the beans.  It should just cover them.  Cover and cook on “LOW” for 8 hours. 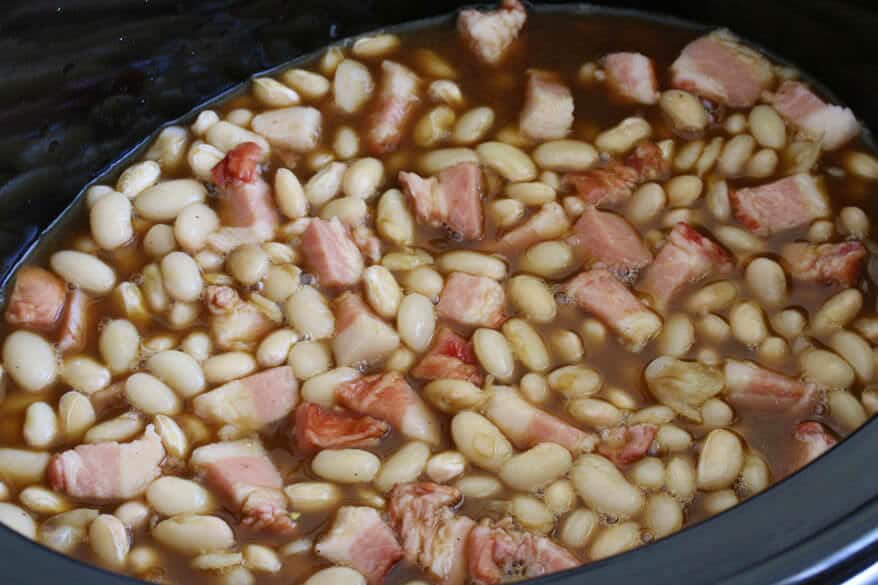 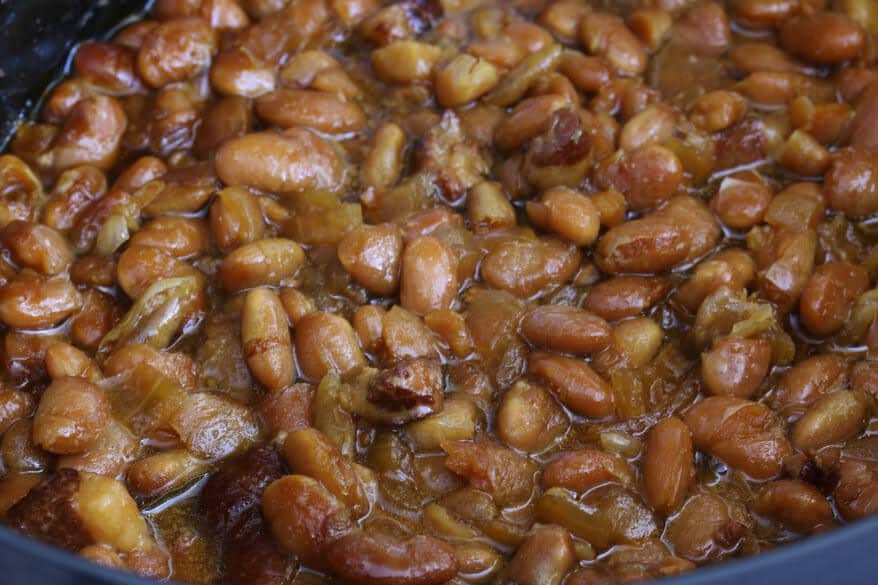 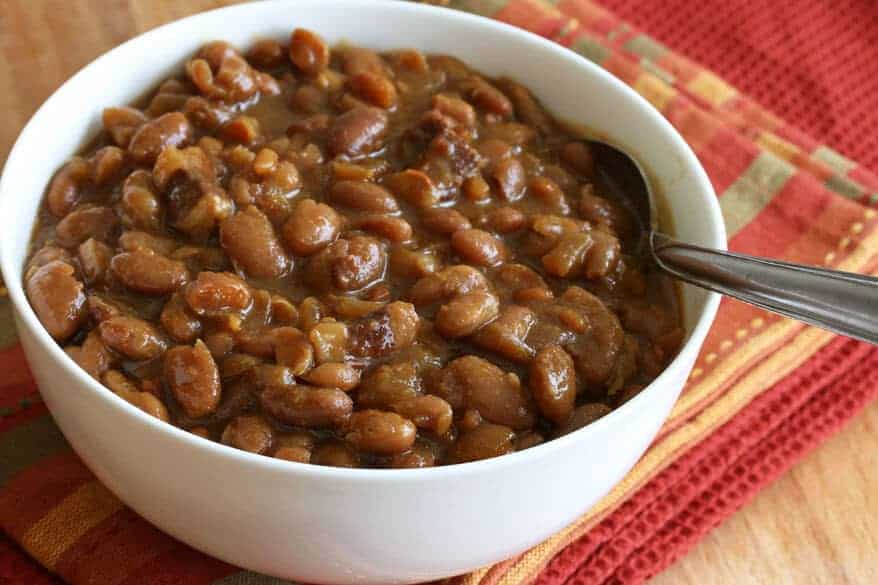 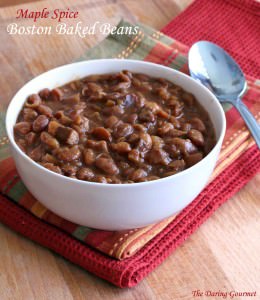 Print
Prep time
5 mins
Cook time
8 hours
Total time
8 hours 5 mins
: The Daring Gourmet, www.daringgourmet.com
Serves: 6
Ingredients
Instructions
Notes
For a quick soaking method, place the beans in a pot and cover with water. The water should be about 4 inches above the beans. Cover, bring to a boil and boil for 3 minutes. Turn off the heat and let the beans sit for one hour. Drain the beans and proceed with the recipe as instructed.
3.5.3226
57 shares
« Pan-Seared Chicken With Creamy Orange Sauce
Cajun Catfish & Chips with Tartar Sauce »