As an Amazon Associate I earn from qualifying purchases.
16shares The All-American Philly Cheesesteak!  Named for the city of its origin, this sandwich was invented in the city of Philadelphia by Pat and Harry Olivieri in the 1930’s.  They ran a modest hot dog stand in south Philadelphia near the famous Italian Market.  Tired of hot dogs for lunch, one day Pat decided he wanted to try something different.  He sent for some chopped steak, cooked it on his hot dog grill, threw it on a hoagie roll and topped it with some onions.  Just as he was about to eat it a customer, a cab driver, asked what he was eating.  Pat explained that it was his lunch.  The cabbie insisted Pat make him one as well.  According to Pat the cabbie took one bite and said, “Hey…forget ’bout those hot dogs.  You should sell these!”  And so the steak sandwich was born.

Originally, the Philly Cheeseteak was made with just the steak and onions, but gradually Pat added cheese.  Later variations also included vegetables such as bell peppers and mushrooms.   The new sandwich became such a hit that it enabled Pat to open up a restaurant of his own where he entertained such celebrities as The Three Stooges, Tony Bennett, Humphrey Bogart, and several U.S. presidents.  Pat’s King of Steaks is still in operation today and is practically a city landmark. 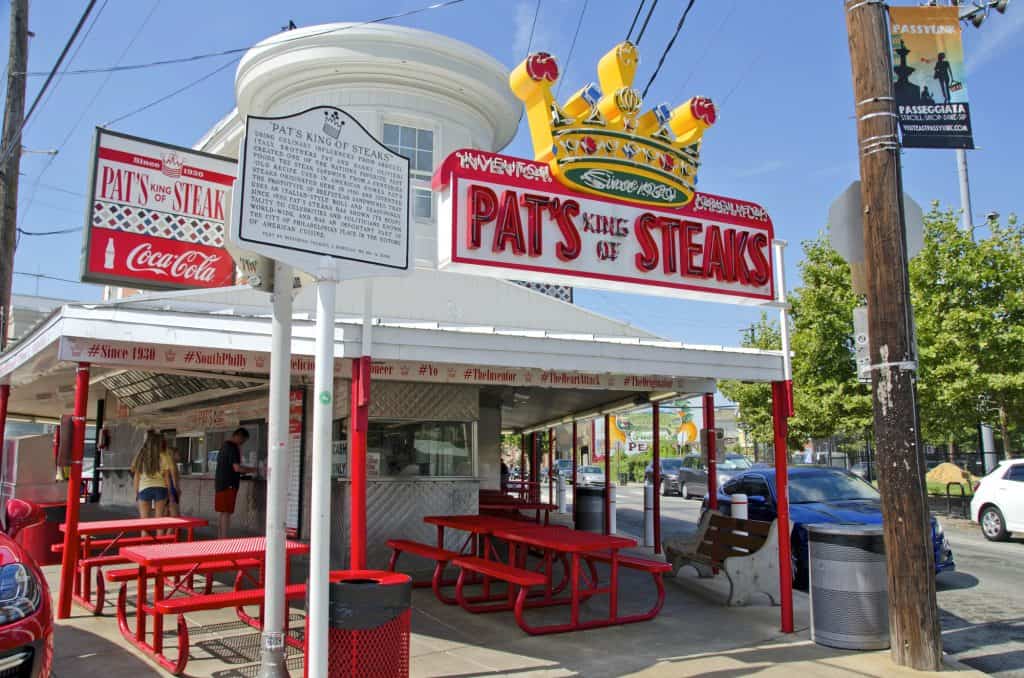 Another iconic destination for Philly Cheesesteaks is Geno’s.  The two places are right across from each other.  The direct competition is interesting but both manage to continually pack a crowd. 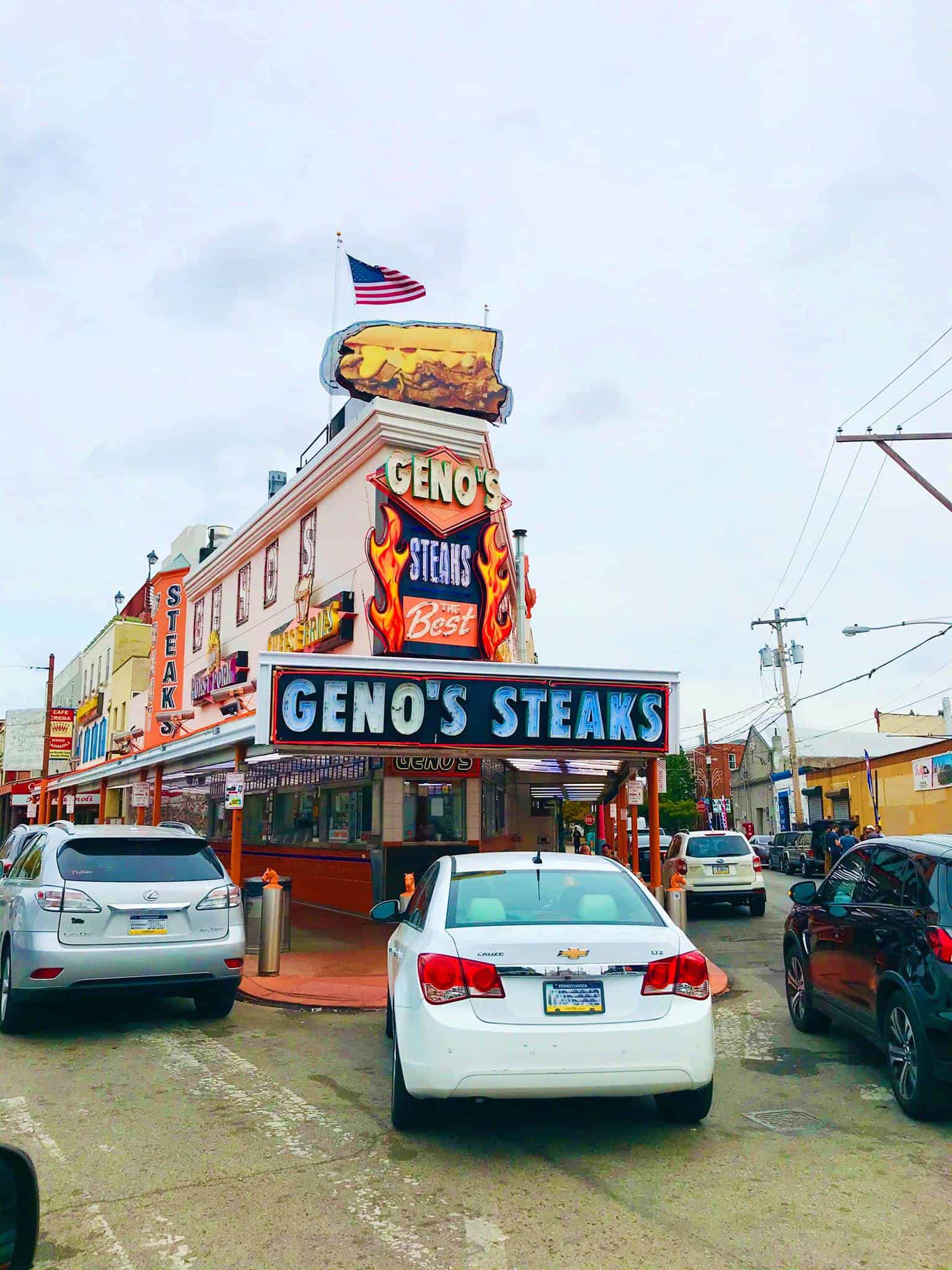 I love rolls that are crispy on the outside and soft on the inside.  Particularly when they’re filled with savory, tender slices of steak, onions, bell peppers, mushrooms, and oozing with cheese.  Imagine biting through all of those layers… Now grab those ingredients and make your own Philly Cheesesteaks right at home!  And, if you like, eat them while watching “Rocky,” another Philly original.