This Pumpkin Eggnog Cake is a guaranteed crowd pleaser!  The texture is fabulous and the flavor is exquisite!  It’s delicious on it’s own but coupled with the eggnog custard it’s absolutely incredible and adds a touch of elegance! 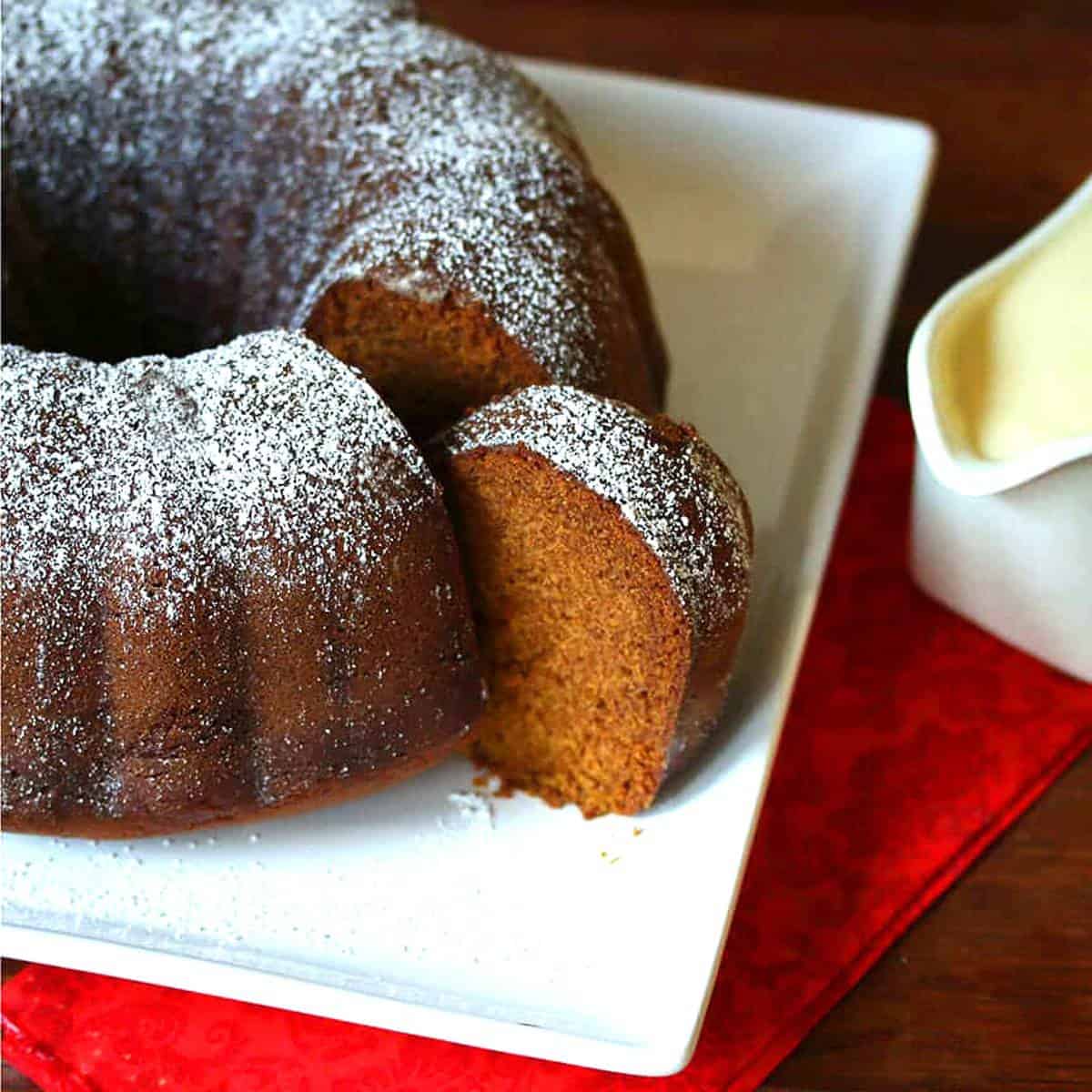 When I developed this Pumpkin Eggnog Cake recipe several years ago and served it for the first time it was a smash hit.  The combination of pumpkin and eggnog are the perfect marriage of flavors.

Any Anne of Green Gables fans out there?  It’s one of my all-time favorite movies EVER.  A scene from the movie came to mind as I was preparing and serving the custard sauce.  If you’re a fan you’ve probably already guessed which one.  It’s the one where Anne’s teacher, Miss Stacy, is unexpectedly invited in for dinner after she tells Marilla about Anne’s scholastic achievements.  Anne looks up in alarm at the thought and the scene cuts to dinner.

They’ve just finished eating dinner and the plum pudding is being dished out for dessert.  Marilla proudly announces that Anne has made the pudding and custard sauce all by herself.  Anne smiles uneasily because she knows something no one else does.  Just as Miss Stacy starts to take a bite Anne cries out, “Don’t eat it, Miss Stacy!!” and her teacher drops her fork in alarm.  Marilla, exasperated, exclaims “Anne, what is wrong with you??”  Anne confesses, “A mouse drowned in the sauce, I forgot to cover it.”  And so they quickly and quietly gather up the dessert plates but the silence is soon broken as everyone breaks out in laughter.

Anne, still too humiliated to see the humor in it, sheepishly states, “Well, I suppose in the end it was a romantic way to perish…for a mouse.”

Our Eggnog Custard is easy to make and you’re going to love its silky texture and fabulous flavor.

Get our recipe for Eggnog Custard! 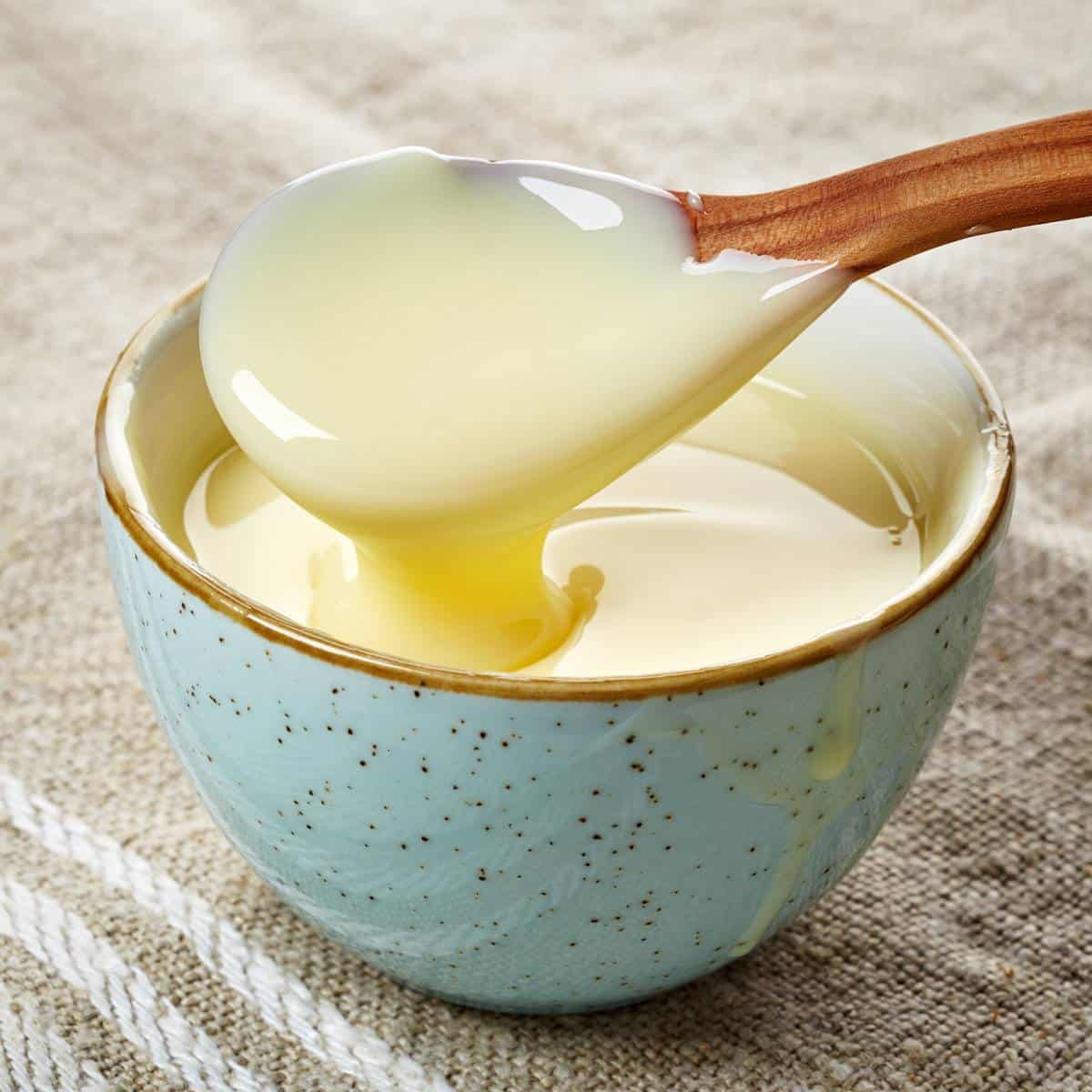 Whether served at Thanksgiving, Christmas, or anytime in between, before or after, this is a cake the whole family will enjoy! 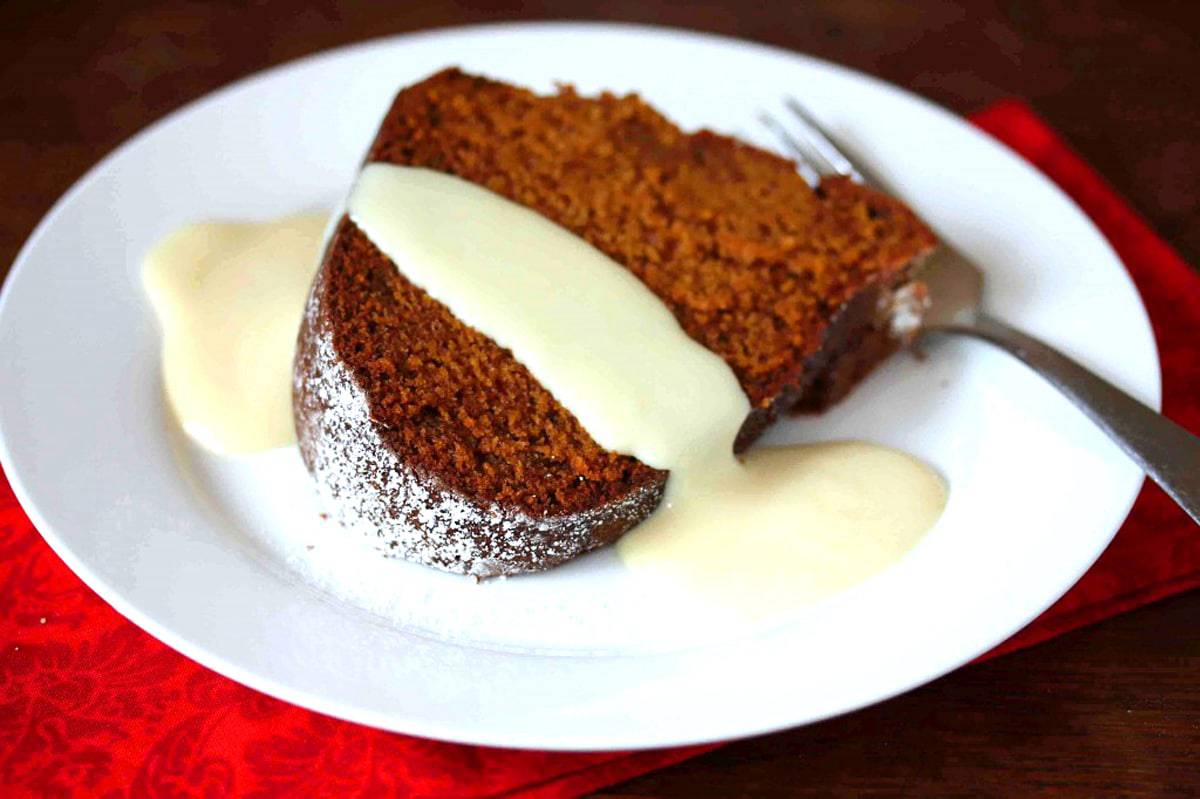 Add the salt, baking soda and spices and stir to combine.  Set aside.

In another large bowl, cream the butter and sugar with an electric mixer for several minutes.

Add the eggs one by one, beating after each addition.

Add the pumpkin, rum and vanilla extracts and beat until combined.

Alternately add 1/3 of the the flour and eggnog, taking turns, starting and ending with the flour.  Beat until combined.

Spoon the batter into a greased and floured bundt cake pan.

In an oven preheated to 350 degrees F, bake the cake for 65-75 minutes or until a toothpick inserted into the center comes out clean.  Be careful not to over-bake however or the cake will be dry.

Ah, the wonderful aroma when you open the oven!  Let your masterpiece cool in the bundt pan for 10 full minutes before carefully inverting onto a wire rack.

Once the cake is completely cooled dust it with powdered sugar. 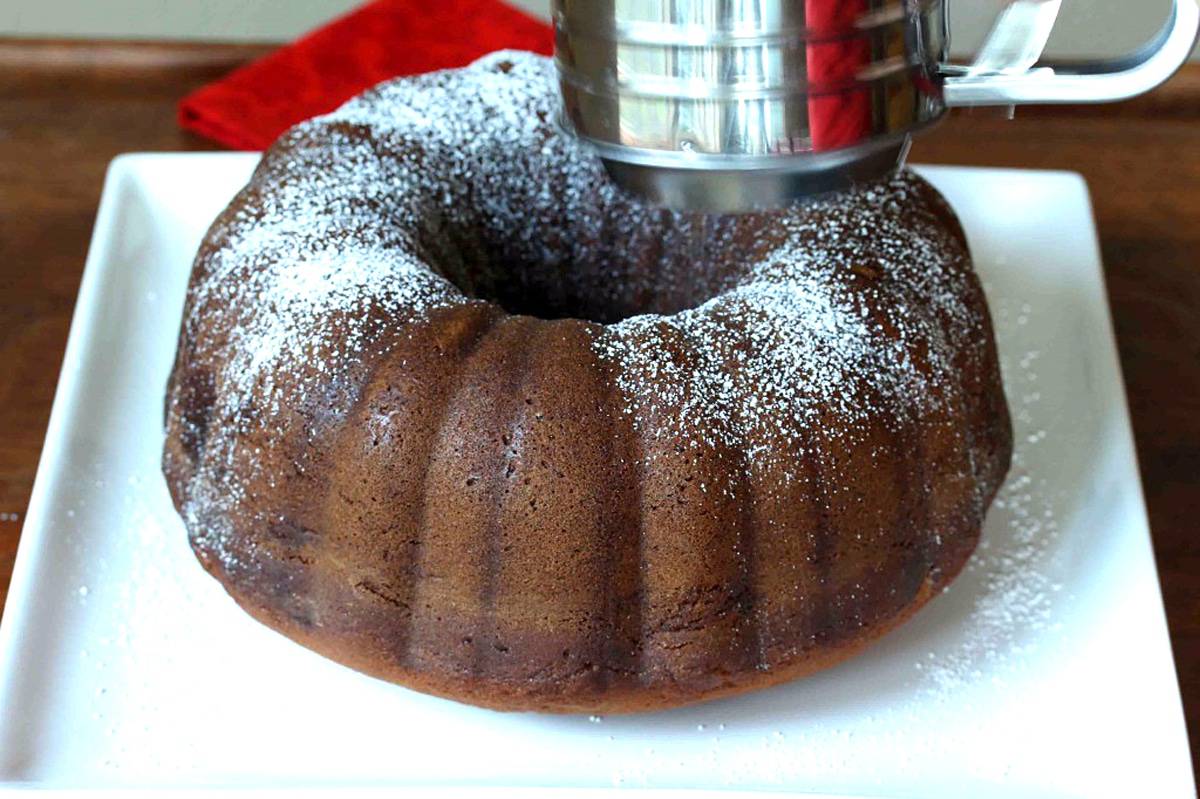 Put a slice of cake on each plate and pour some eggnog custard over it.  Have some extra custard available for serving. 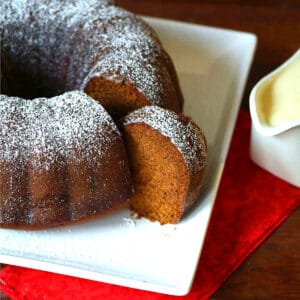