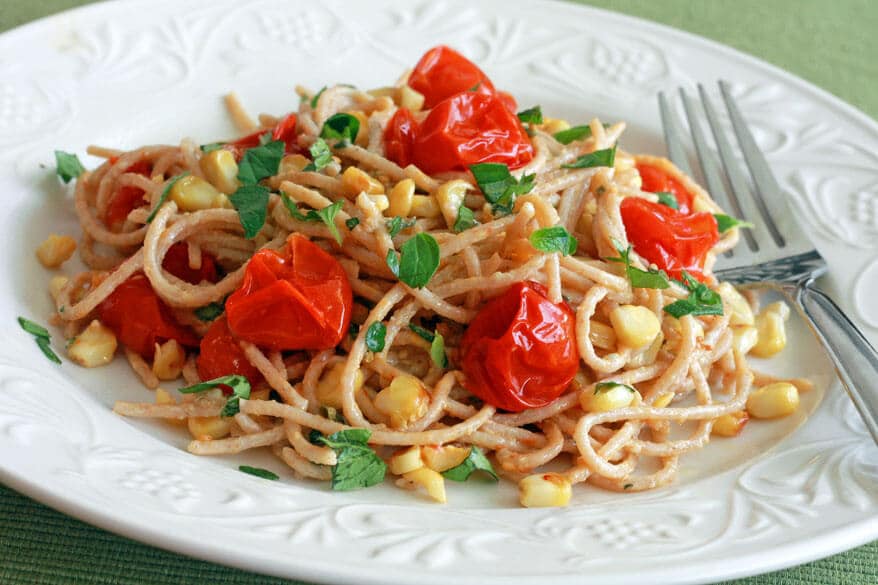 The weather has been gorgeous here.  My appetite for large meals often wanes on hot days and I find myself craving something lighter and fresher.  Something more “seasonal.”  What could be more synonymous with Summer than fresh garden herbs, tomatoes, and sweet corn on the cob?  I love the aroma of a freshly picked bouquet of herbs.  Fresh herbs can transform an entire dish from something simple to something almost magical.  Loads of fresh herbs are used as a crowning touch in this dish.  The cherry tomatoes and freshly husked corn are roasted, amplifying their inherent sweetness.  The fresh flavors of Summer join together in beautiful harmony to provide a meal that is vibrant, healthy, and satisfying.

Did you know that the U.S. is the world’s largest producer of corn, having just produced 32% of the world’s corn crop in the past couple of years?  Corn is grown on over 400,000 farms in approximately 11 states.   On average, on high yielding corn farms, each acre of land grows about 30,000 corn plants.  Each corn plant typically produces only one ear of corn.  The average ear of corn has approximately 400 to 600 kernels arranged in 16 rows.

Don’t you just love those cornfields that go on forever?  Makes me want to start singing the tunes from “Oklahoma”!

Oh, how I love musicals!  I think I know what we’re going to watch tonight ;) 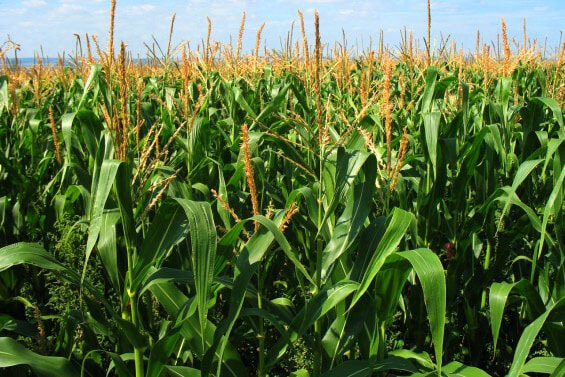 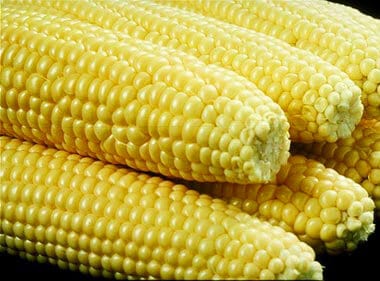 Cherry tomatoes have been commercially cultivated since the early 1800’s and they are believed to have originated in Peru and northern Chile, dating back to at least the 1400’s.  Cherry tomatoes’ popularity in the U.S. took off somewhere around 1920 but it wasn’t really until the 1960’s that cookbooks began including them in recipes. 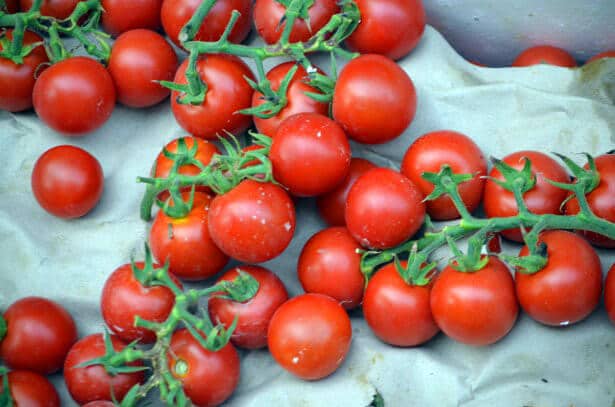 This dish features both fresh sweet corn and cherry tomatoes. 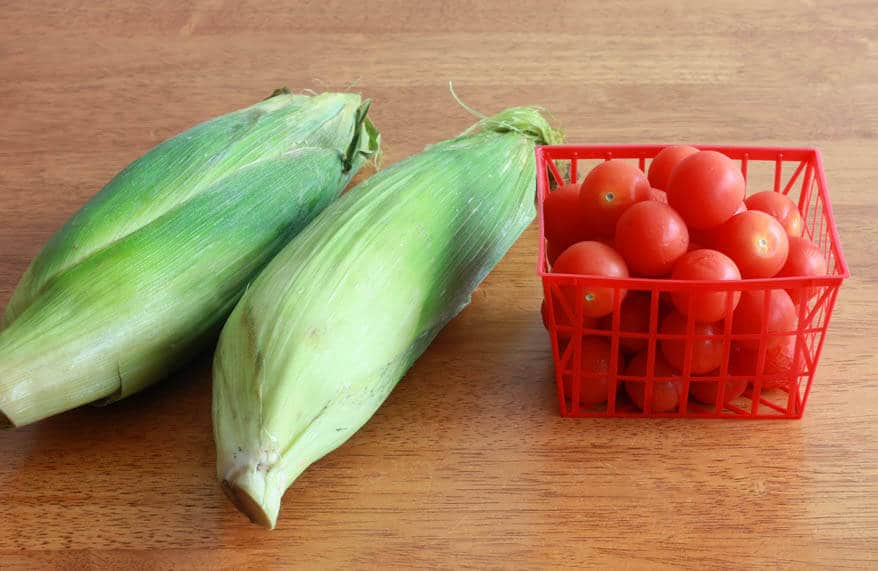 To roast the cherry tomatoes, wash and drain them, then spread them out on a baking sheet covered in foil and drizzle with 2 tablespoons of extra virgin olive oil.

Roast them in an oven preheated to 400 degrees F for 15-20 minutes or until the skins have collapsed and some are just barely beginning to brown.  Feel free to roast them longer for a richer roasted flavor and deeper color, if you prefer. 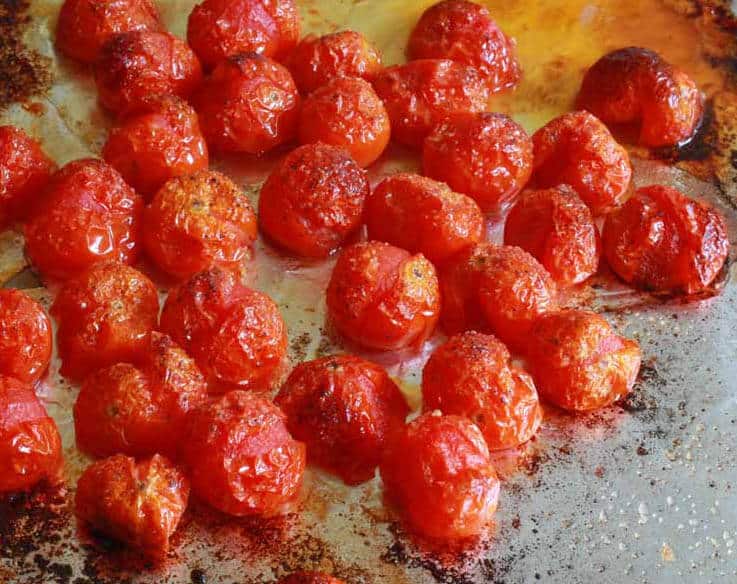 The corn can either be roasted directly in their husks or wrapped in aluminum foil.  Either way, roast them along with the cherry tomatoes at the same temperature for 20-25 minutes or until soft and tender.  Either white or yellow corn can be used.  Cut the kernels off the cobs using a sharp knife. 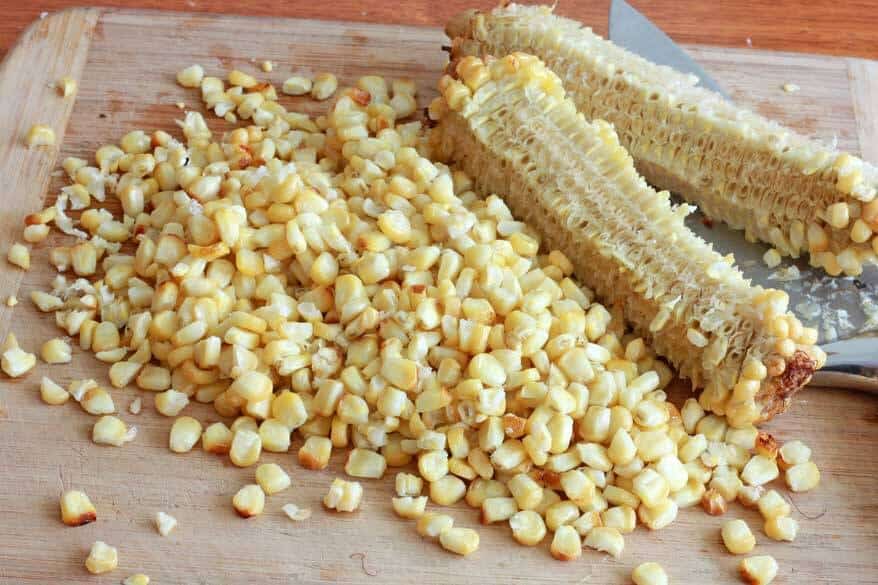 Use a mixture of fresh herbs, whatever you prefer.  I cut off a few sprigs of oregano, marjoram, thyme and rosemary from my garden.  You can also add some basil and sage.  You want at least 2 tablespoons of finely chopped herbs. 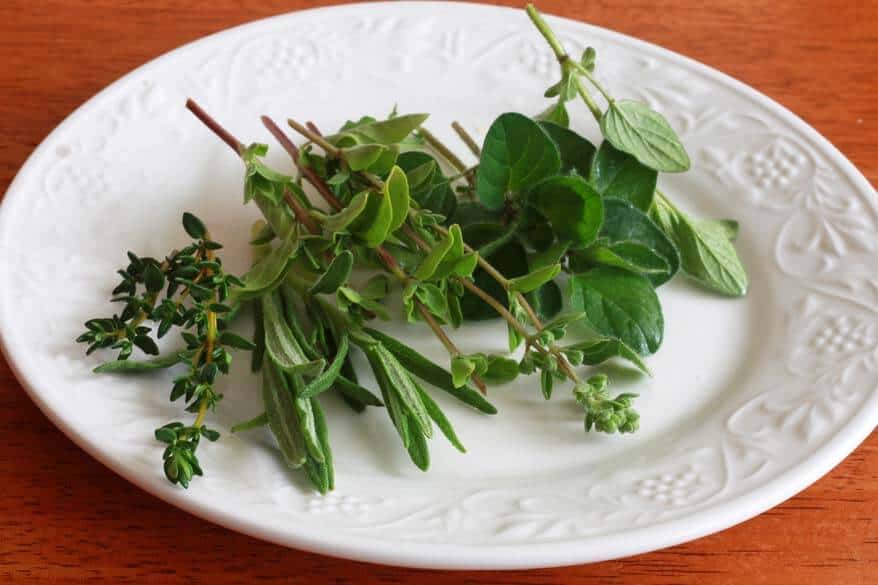 Mix the salt and pepper with the extra virgin olive oil.  Stir in the herbs.  Toss the prepared spaghetti (cooked al dente) with the oil/herb mixture and then toss in the corn and cherry tomatoes.  Serve with some extra chopped fresh herbs and some more Parmesan cheese if desired. 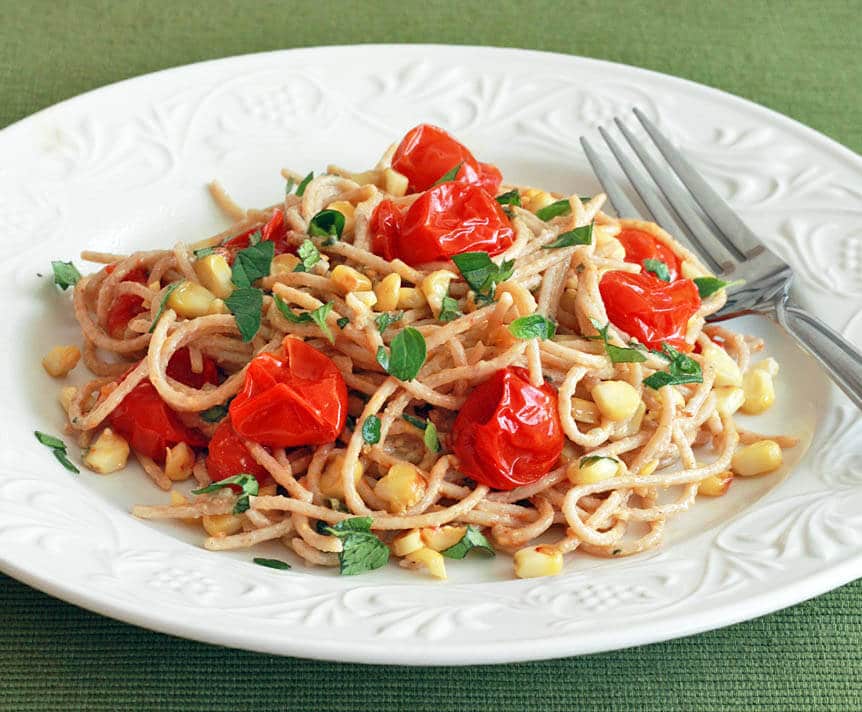