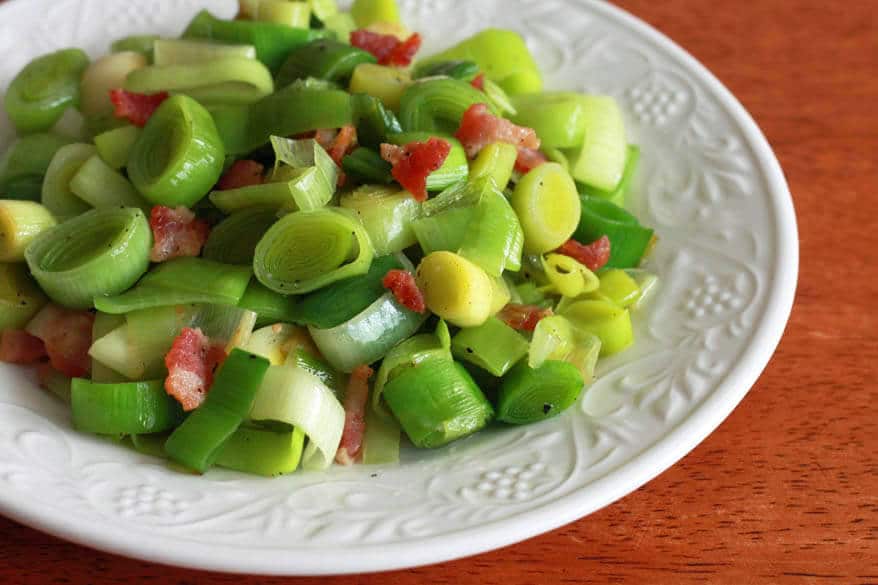 Something simple.  Something good.  A quick and easy side dish to enjoy with virtually any meal. Simple enough to serve with good ol’ comfort food while elegant enough to serve at a dinner party. Regardless where or how it’s served, anything with butter and bacon is guaranteed to be a hit. And don’t anyone flip out over the words “butter” and “bacon.”  There’s only 1 tablespoon of butter and 2 pieces of bacon – and that’s divided into 4 servings.  So set those artery-clogging worries aside, come pull up a chair, and enjoy some Buttery Sautéed Leek With Bacon !

Leek is a wonderful thing. It has a great flavor and has an interesting history.  It enjoys a rich association with Wales. Did you know that leek is a national emblem of Wales?  That’s right, and for several years the British one pound coin had the image of a leek on it, representing Wales.  Historically, the Welsh have even worn leek as an emblem of their heritage.  In Shakespeare’s Henry V, Henry explains to Fluellen why he’s wearing a leek:  “For I am Welsh, you know, good countryman.”  Like, why wouldn’t I be wearing a leek, right?

So where did this long association between the Leek and Wales originate?  Here’s where some quirky British history comes in.  There was an ancient battle against the Saxons that took place in a leek field.  The Welsh decided to use a unique strategy:  The Welsh soldiers wore leeks on their heads as camouflage!  Don’t you love it?  Yes, true story!  And the friendly little leek is still worn even today on the first of every March, St. David’s Day.

Now who wouldn’t want to eat leek after learning all this?

So sit down, grab a plate, and pass the leek!

To make this side dish, simply slice the leek in about 1/4 inch rounds and then rinse and drain them in a colander.  Leek has a tendency to collect dirt, so don’t skip this step. 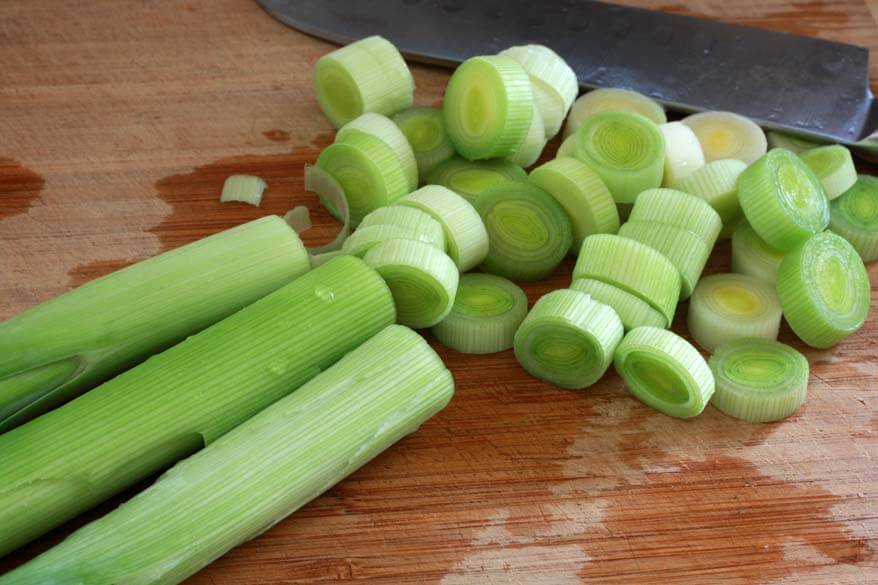 Cut the bacon in small strips. 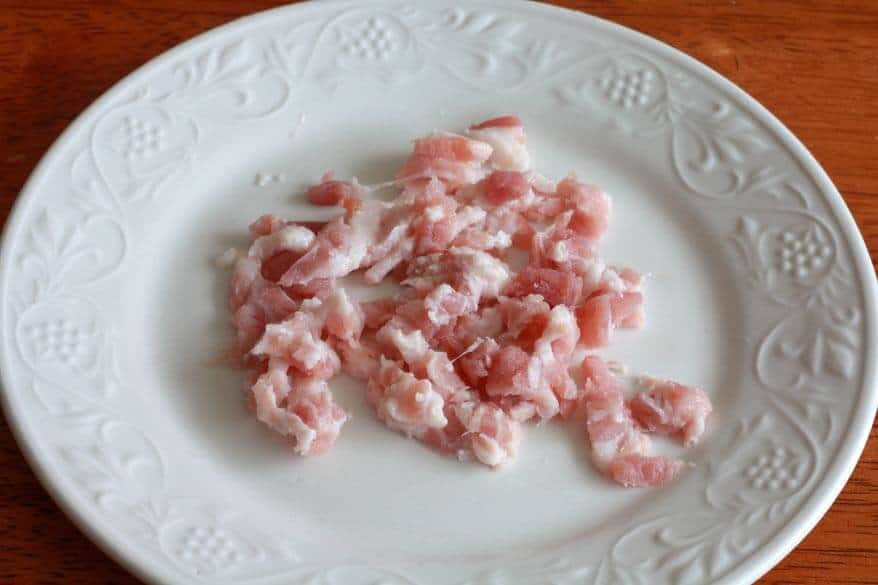 Cook the bacon in a skillet over medium-high heat until done, then add the leek and a little butter.  Saute the leek until it’s tender, about 7-8 minutes.  Season with salt and pepper. 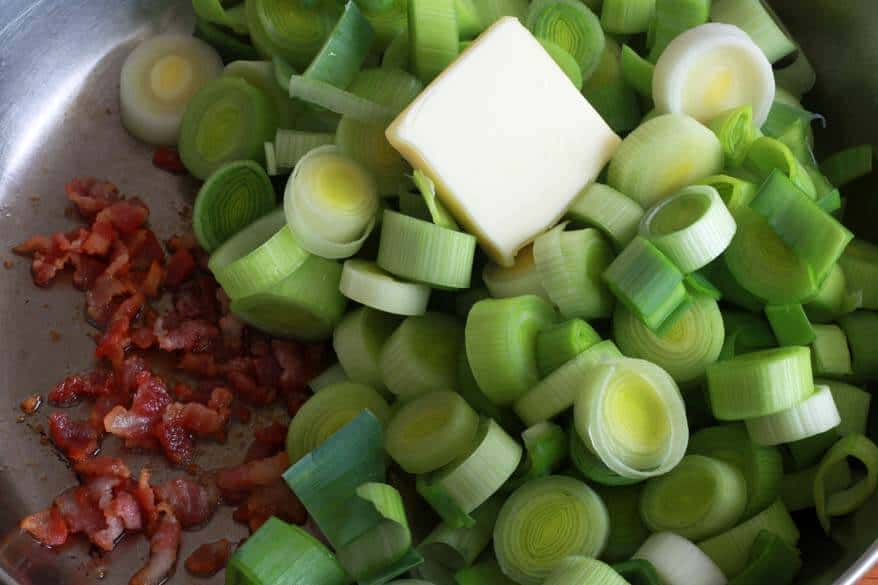 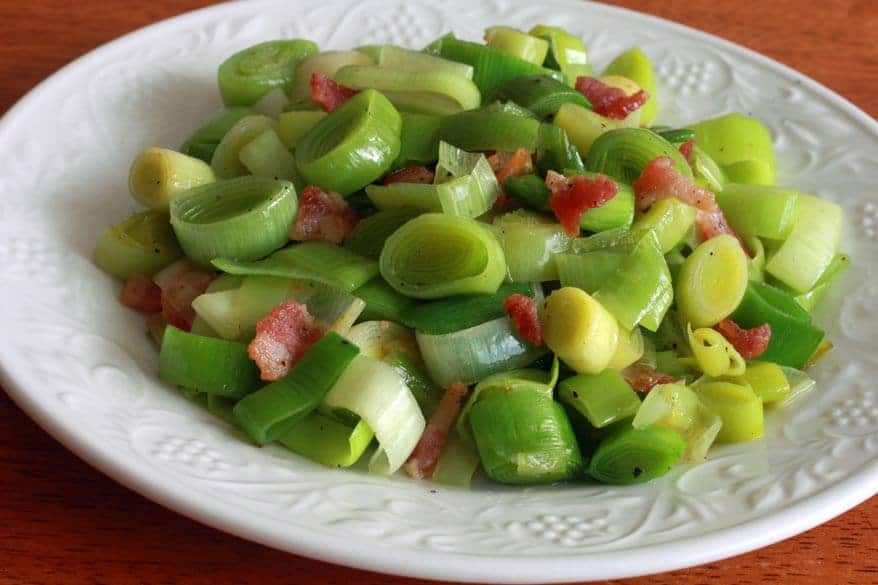 5.0 from 2 reviews
Sauteed Leek with Bacon

Print
A side dish simple enough to serve with comfort food or elegant enough to serve at a dinner party.
: The Daring Gourmet, www.daringgourmet.com
Serves: 4
Ingredients
Instructions
3.2.2925 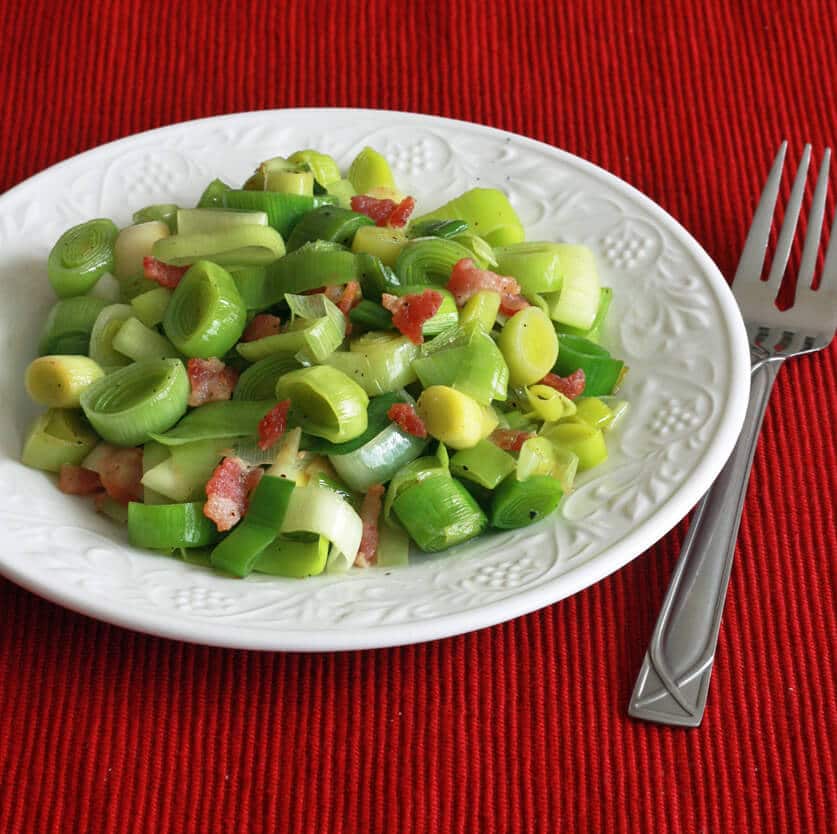