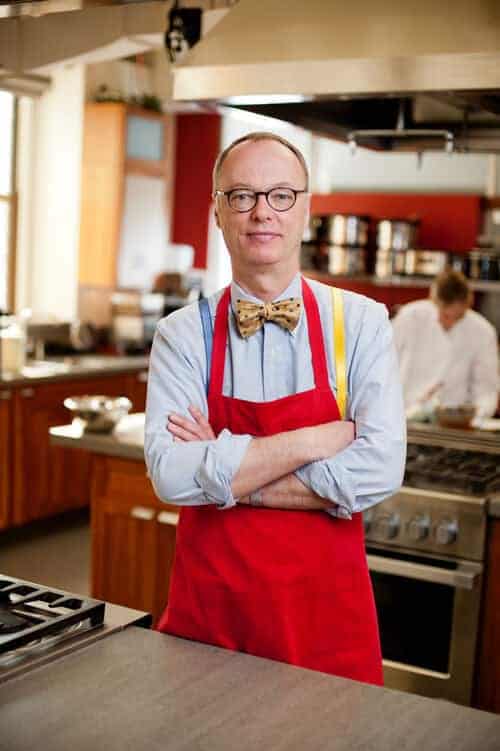 I’ve long been a fan of America’s Test Kitchen cookbooks and their TV show is the most-watched cooking show on American television.  Running since January of 2001, it’s approaching it’s 15th anniversary.

America’s Test Kitchen host, Christopher Kimball, is the author of several cookbooks and the founder, editor, and publisher of Cook’s Illustrated and Cook’s Country.  Today we’re privileged to be joined by him for an exclusive interview here on The Daring Gourmet.

Kimberly/The Daring Gourmet:  Tell us a little about your background, how you first discovered your passion for cooking, how it evolved, how you ended up where you are now.

Christopher Kimball:   Started baking when I was 7 or 8 — first recipe was a chocolate cake with 7-Minute Frosting that ended up with the consistency of snot. But the family was appreciative! Learned to cook in Vermont from Marie Briggs, the town baker, who cooked over a wood-fired Kalamazoo stove. Eventually launched Cook’s Magazine in 1980.

Kimberly:  America’s Test Kitchen will be celebrating its 15th anniversary next year.  That’s a lot of recipes!  Of the thousands of dishes you’ve made and obstacles you’ve encountered, what have been some of the most challenging?

CK:  Fudge was the hardest — it was so hard that we never published the recipe. The test cook ended up leaving the company as a result and had a shoulder injury from all that stirring. Butterscotch pudding was also very hard — trying to get real butterscotch flavor. We had to cook over 2,000 eggs to get a reliable recipe for soft-cooked eggs.

Kimberly:  What have been some of your most rewarding discoveries in the kitchen (ie, “aha” moments or unexpected surprises)?

CK:  Many of those. First, roasting, braising and boiling meat really doesn’t affect the texture of the meat itself. Using vodka in pie dough makes an easy-to-roll-out dough that bakes up flaky. Steaming fish instead of poaching it is a vastly better method (classic French poaching is a disaster). Starting French Fries in room temperature oil makes for less soggy fries, etc.

Kimberly:  Your team will sometimes make a dish as many as 70 times before you arrive at the best, foolproof version of the recipe.  With over 3 dozen full-time cooks and product testers in your kitchen you likely get a lot of varying opinions.  How do you determine once you’ve reached the “right” version?

CK:  Not a problem, oddly enough. We have 50 test cooks now and everyone pretty much agrees on the best recipe.

Kimberly:  Only the very best recipes make the final cut and end up in your magazines and books.  With the thousands of recipes being tested you’re obviously not tasting all of the dishes yourself, you’re entrusting much of that to your cooks.  How do you select your team?

CK:  We start by hiring folks as interns, a job that lasts 3 months, We then choose the best of them for full-time jobs. It probably takes 2 years to get someone to the point that they really understand our methodology. And some people just never get comfortable with the “make it 50 times” philosophy. They want to be more creative whereas our process is very much a group process. 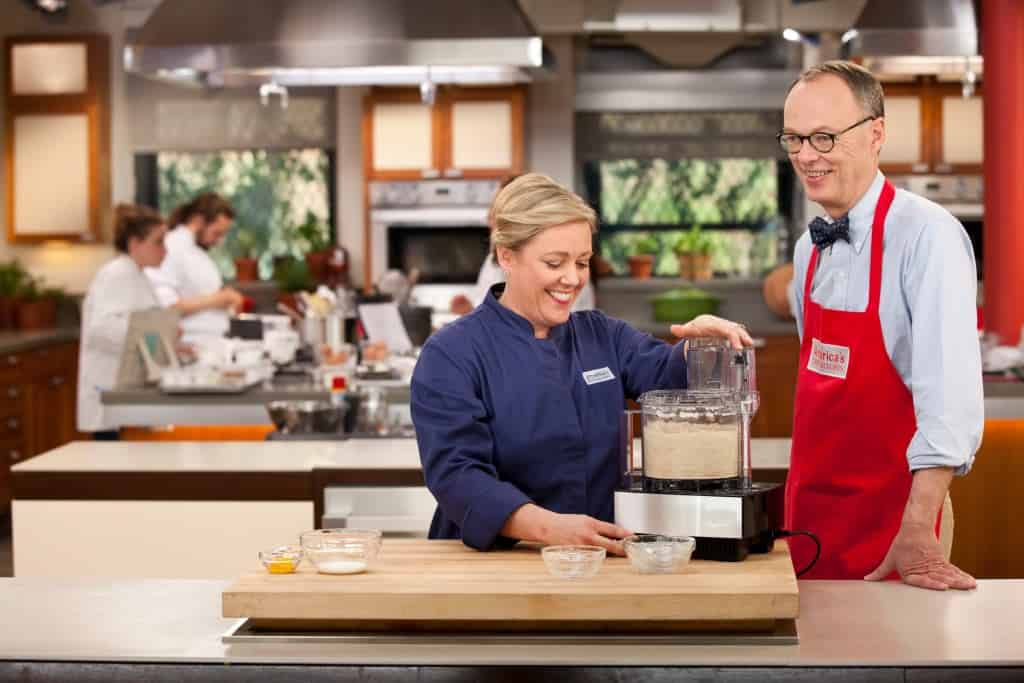 Kimberly:  I understand that 99% of the recipes you make are based upon feedback you receive from readers and viewers through surveys.  What are the most common trends you see in the requests that come in?

CK:  Up until recently, everyone wanted beef, pork, potatoes and chocolate. In the last few years, there is more interest in vegetables, grains, and healthier cooking. (Finally!) And there is a lot more interest in recipes that come from other countries.

Kimberly:  Are there any current trends that you’re wary of, wish would go away, or simply find annoying?

CK:  Yes, I can’t stand trends or what’s hot. Who cares! If I see another piece about kale, quinoa, or fermented foods I am going to join a cult in South America!

Kimberly:  I know a lot of people, including friends and family, who love to watch cooking shows on a regular basis and yet shy away from their own kitchens.  What would you say are the main obstacles that keep people from cooking at home and what is the key to getting people back in the kitchen?

CK:  The main obstacle is fear. People are afraid of failing in the kitchen. That is why we start all of our articles and TV shows with “bad food” — this makes people comfortable.

Kimberly:  With all the testing and retesting of recipes going on day after day, week after week, how does that impact your overall enjoyment of food and eating?  Do you usually go home at the end of the day looking forward to dinner or is it more like, “So help me, if I have to look at one more piece of food…”?

CK:  I stay away from the kitchen for the most part at this point. We have terrific cooks here who are probably better at the day to day management of the recipe development process. I do go to the editorial meetings however and do taste food from time to time, especially if there is a real turning point in a recipe. No, I look forward to going home and cooking. However, most of our test cooks never cook dinner during the week since they have eaten 3,000 calories by 4PM.

Kimberly:  Until recently, with the burst of new trends mostly within the restaurant scene, American cooking really hasn’t changed much over the decades.  How have these recent trends impacted home cooking?

Kimberly:  Home economics used to be part of every school’s curriculum.  It was as integral to general education as Math and English.  I still remember my class in middle school and being taught the basics of making baking soda biscuits, a coffee cake, and spaghetti sauce.  Home economics has all but completely vanished now.  How do you think this has impacted our culture?

CK:  This is ridiculous, that such a key skill is not being taught in the schools. We are working hard at a new program to try to put home economics back into the curriculum.

Kimberly:  How did you come up with the idea for America’s Test Kitchen, the concept of creating the ultimate version of a recipe by starting with the failures?

CK:  From cooking so many horrible, failed dishes myself! I wondered why they failed and went back to test new approaches.

Kimberly:  What are some of the simplest considerations that many people overlook that can have some of the greatest impacts on the outcome of a recipe?

CK:  Three things. Not enough heat on the stovetop. Not enough salt. Not tasting the food (stews, soups, etc) before serving to adjust the balance of flavors.

Kimberly:  I remember a comment you once made that while a cook can get away with a cheap stockpot, a really good saucepan and sauté pan are a necessity. Can you elaborate on that?

CK:   Stockpots boil water — it doesn’t matter if it is one ply or 3-ply. A great saucepan has to have even heat and can’t scorch. The 12-inch skillet is the real workhorse of any kitchen so don’t skimp here — All-Clad is still our favorite brand.

Kimberly:  Thanks for your time, Chris.  How about one final question?  Tell us about the bowties.  How many do you own?

CK:  Too many but I wear only a handful. What looks great in the store isn’t necessarily what looks best when worn! 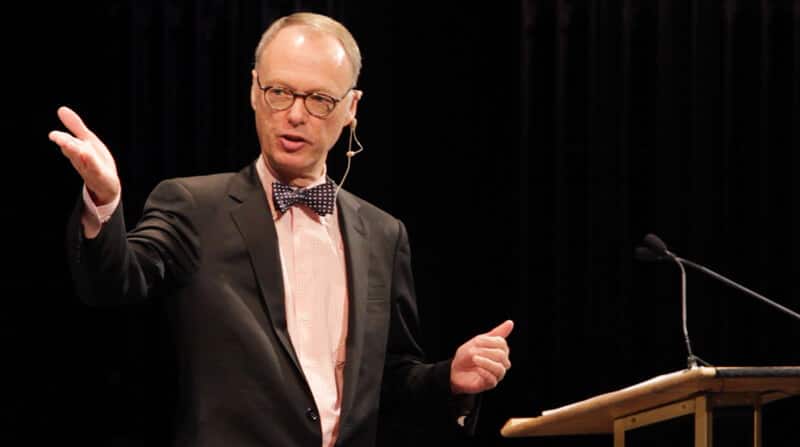 And now for the GIVEAWAY!

**THIS GIVEAWAY IS NOW CLOSED***

Here’s what you need to do to enter:  Leave a comment on this post answering one of the following questions:  What do you like most about America’s Test Kitchen?  What did you enjoy most about this interview?

This giveaway will end March 28th at midnight and a winner will be randomly selected and notified via email.  If the winner has not responded within 48 hours another winner will be selected.  (U.S. residents only) 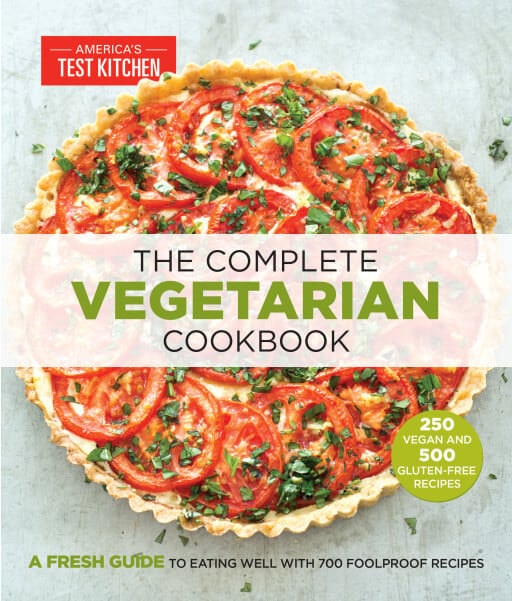 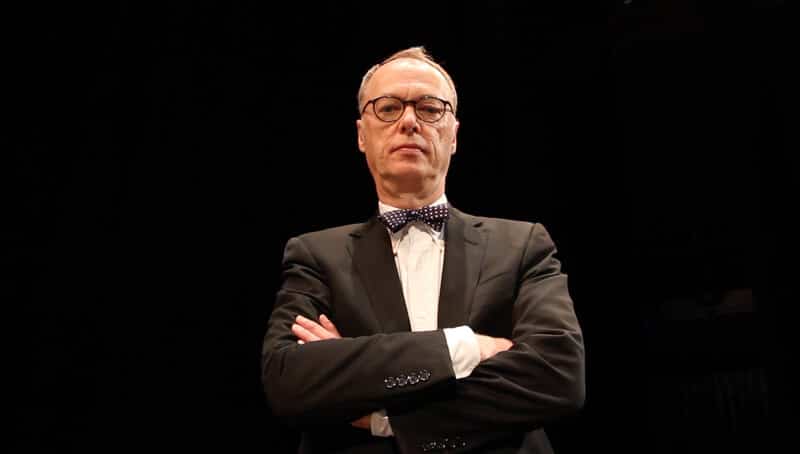 WA locals, or anyone traveling, America’s Test Kitchen Live is coming to Seattle on April 7th at the Moore Theater!  From their website’s description:

“Join Christopher Kimball for a behind-the-scenes tour of America’s Test Kitchen. Find out the secrets of recipe testing and how they rate equipment, perform taste tests, and investigate the science of cooking. Participants also get a private tour of how they film their two public television shows. Witness some of their most embarrassing TV moments, from the Yule log disaster to the smoking TODAY show segment that almost summoned the fire department.

AMERICA’S TEST KITCHEN LIVE also includes an on-stage chocolate taste test with audience members, two live science experiments, and a live “sniff” test to see if participants can identify what they smell. We introduce—through our public radio show—some of our favorite guests, including Mary Roach (author of Gulp: Adventures on the Alimentary Canal), and a radio tribute to Julia Child featuring personal reminisces from those who knew her best. Audience members are also encouraged to ask questions and we end the evening with a live Q & A session.

ATK LIVE IS THE NEXT BEST THING to actually working at America’s Test Kitchen!”

Click HERE for more info and to purchase tickets to this event.