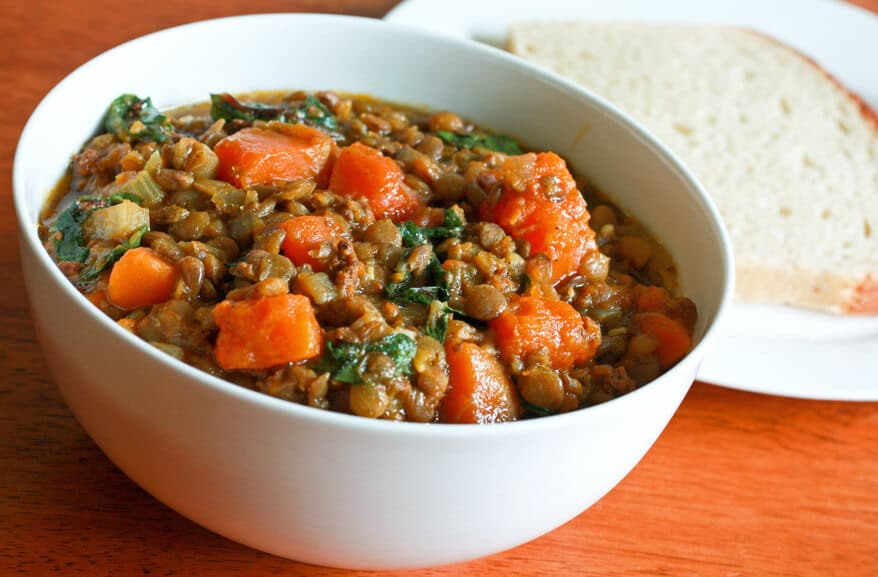 This was a creation on a whim. I wasn’t in the mood to cook (oh yes, this happens even to me) and Todd was coming home in 30 minutes.  I needed something quick to make.  I opened my freezer and saw the homemade Mexican chorizo I had made and frozen a few weeks ago.  I also had some butternut squash that needed to be used. Chorizo and butternut squash…I figured the cinnamon accents and spiciness of the chorizo would complement the sweetness of the squash. I opened one of my pantry closets and a big bag of green lentils immediately caught my eye. A perfect ingredient to bind the other two together.

I sauteed some onion and garlic in olive oil and browned the chorizo in it, added the diced squash and let it caramelize a bit, then added the lentils, a little celery, some chicken stock, a bay leaf, freshly ground pepper and salt, and some…why not?…curry powder (I reasoned that the cinnamon in the chorizo would complement the curry. And it did.) This simmered for a while and my kitchen was soon filled with a lovely sweet and spicy aroma.  I added some Swiss chard in at the end for some added color, texture and nutrition.  It was delicious!

So having combined the Eastern influence of Indian curry powder with the sweet and spicy Western accents of Mexican chorizo, I ended up with what I simply named East-West Lentil Stew. An unusual combination that worked really well.  A hearty, satisfying lentil stew for a cold winter’s evening (it’s still technically winter, you know…at least until tomorrow ;)

AND here is another use for that wonderful homemade Mexican chorizo! 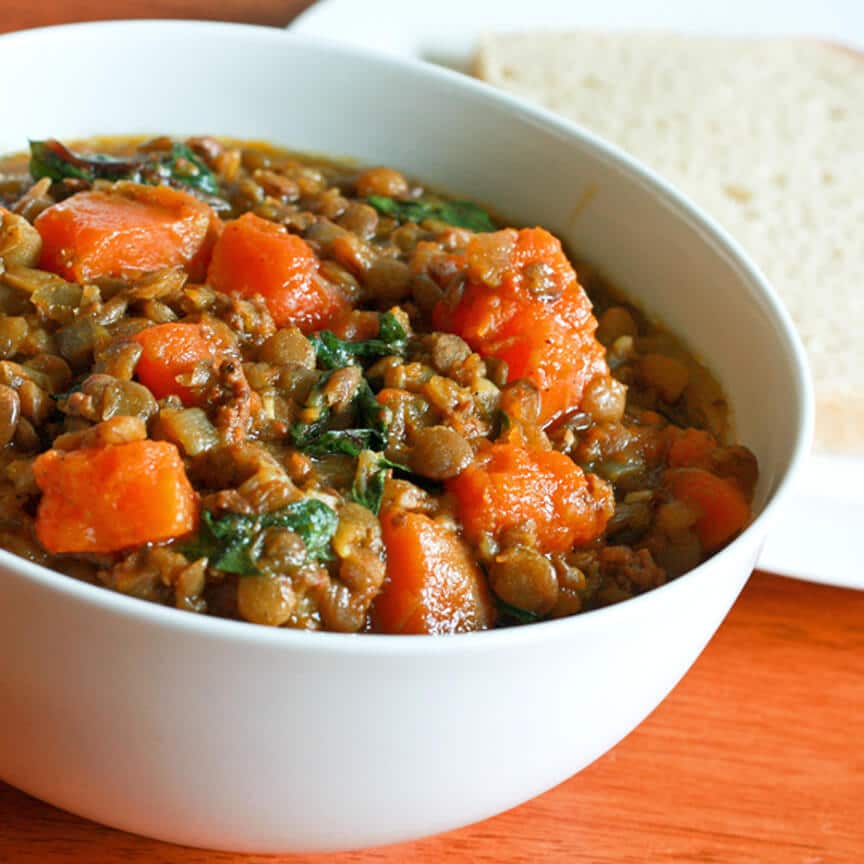