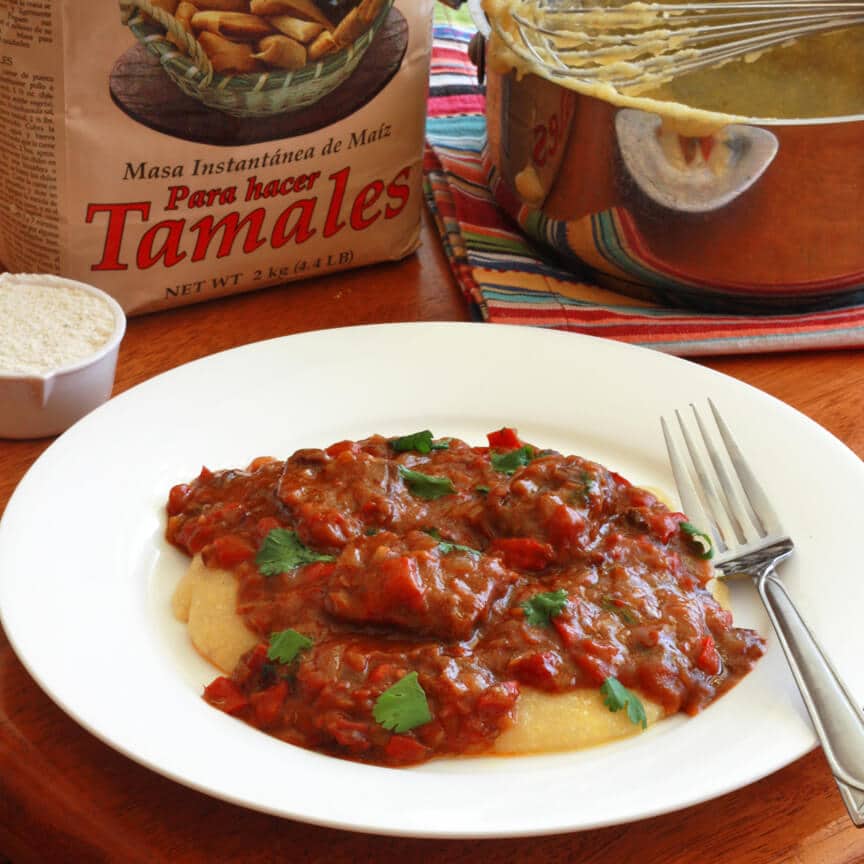 I recently made the classic New Orleans version and enjoyed it so much that I decided to try something a little different this time.  I have to admit, I think I prefer this Mexican version – it’s fantastic!  Mucho delicioso!  And with Cinco de Mayo just around the corner, here is a great dish to add to your Mexican repertoire.

For the traditional Southern version and to see step-by-step photos of the preparation process (the preparation is almost identical with just a few different ingredients), see The Daring Gourmet’s New Orleans Grillades and Grits.

5.0 from 1 reviews
Mexican Grillades and Grits