Andalusia is the southernmost part of Spain.  Although economically the poorest region in Spain, it is arguably the richer in culture and cultural identity.  Bullfighting, flamenco, and Moorish-influenced architectural styles, to name a few, are all of Andalusian origin.  It is also the home of Spain’s Gypsies.  This stew, called Olla Gitana, is a favorite among the Andalusian Gypsies.  The use of almonds and bread crumbs is of Moorish influence (early Muslims who once ruled Spain), while the inclusion of pear is a distinctly Gypsy touch.

A hearty stew of garbanzo beans, pork, sausage, green beans, pumpkin, pears, Swiss chard, almonds, onions, tomatoes and spices – a full array of ingredients and interesting flavor combinations that will leave you feeling satisfied.  You may even feel inspired to reach across the dinner table, grab your partner, and dance the flamenco!

Note:  Levante, a neighboring area of Spain, also commonly eats a vegetarian version of this stew.  Simply omit the meat and increase the amount of pumpkin by a cup along with an extra pear.  Saute the onions and garlic and follow the instructions from there, skipping the hour of simmering.

Below are just a few of the ingredients that are in this wonderful gypsy stew.  So many healthy, delicious ingredients and flavors.  You’re going to really enjoy this gypsy stew recipe. 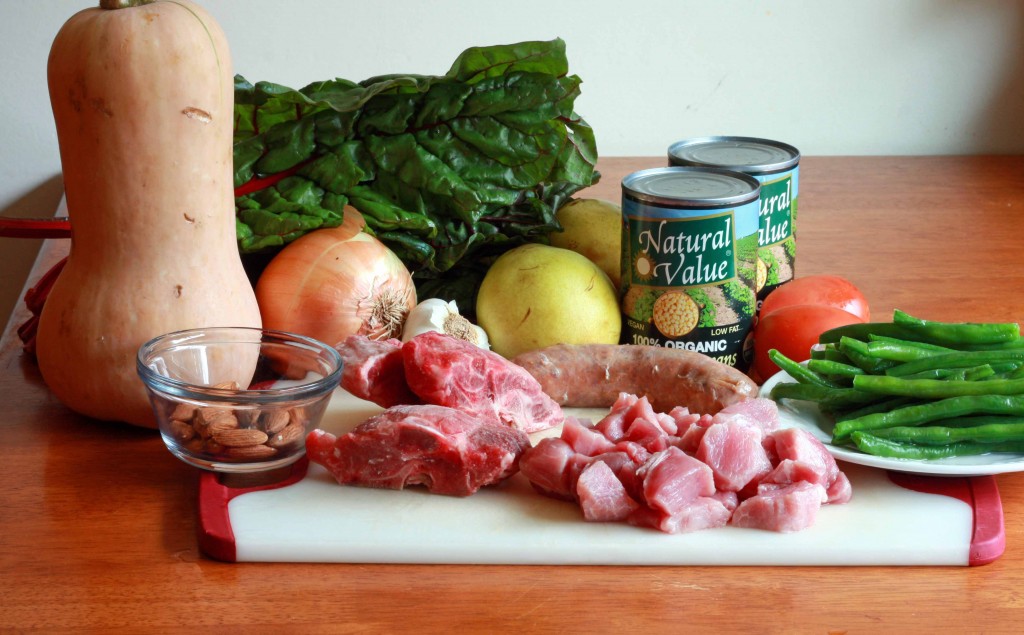 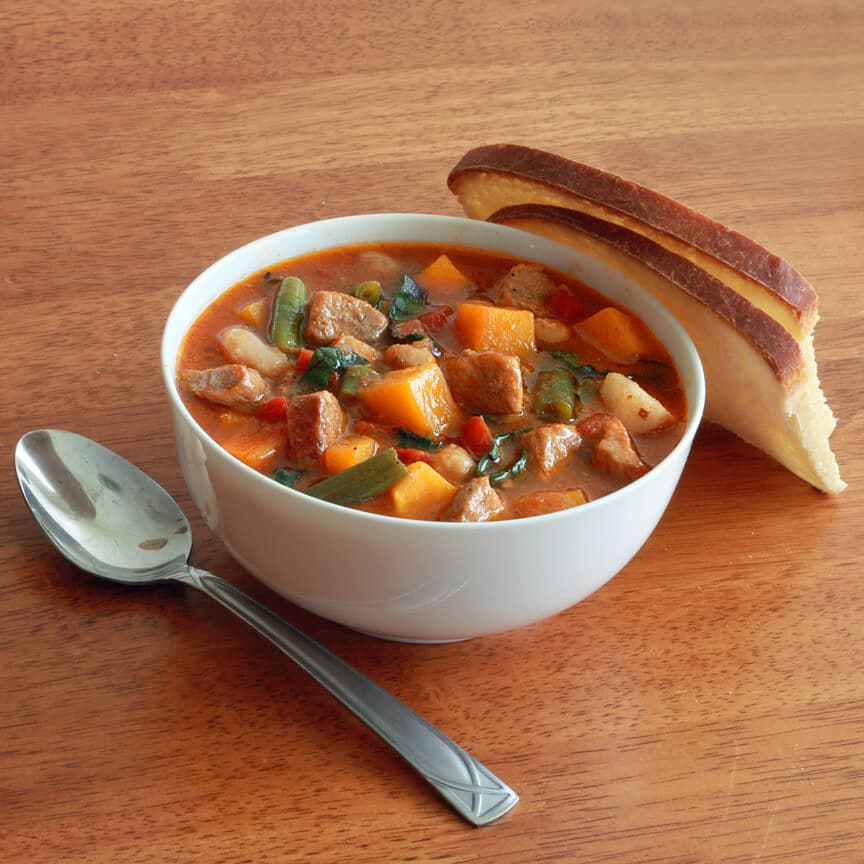