The iconic thin, chewy-crispy, coconut-and-oatmeal based ANZAC Biscuits made famous during World War I!  The original Anzac biscuit recipe has been revamped to include almonds and brown sugar for an added boost in flavor and texture! They’re simply irresistible! 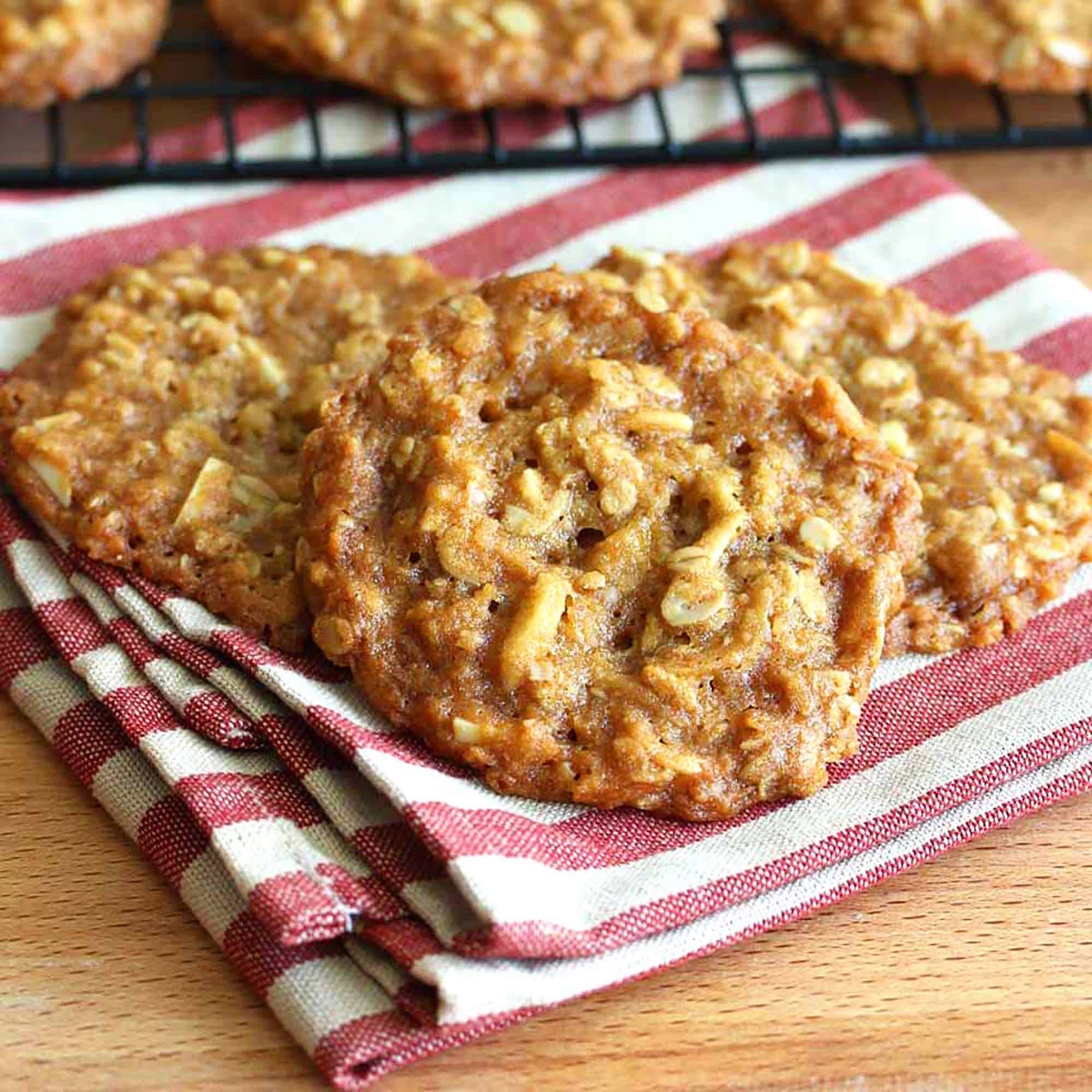 Get ready for an ANZAC Biscuit recipe that will keep you coming back for more!

Where Did Anzac Biscuits Originate?

The origin of ANZAC Biscuits dates back to World War I when Australian And New Zealand wives made them for the overseas soldiers of the Australian and New Zealand Army Corps (ANZAC) to send them a bit of comfort from home.  They wanted to create something they could mail to their soldiers overseas that would keep for a while without spoiling.  The biscuits, or “cookies” as they’re called in North America), have achieved an almost iconic status over the years and are now made and sold commercially.

Traditionally made with flour, oats, coconut, butter, golden syrup, boiling water and baking soda, the eggs were intentionally left out so the cookies wouldn’t spoil during their long naval transportation. As a result Anzac biscuits are thin and chewy and with the addition of golden syrup also have a delightful bit of crunch on the exterior.

Almonds are not traditionally included in Anzac biscuits and normally white sugar is used instead of brown.  I’ve made a couple of adjustments to the traditional version, adding slivered almonds, brown sugar and almond extract for added texture and flavor.  We love the results!

Anzac Biscuits traditionally call for an ingredient called Golden Syrup, which is a rich caramelized inverted cane sugar syrup.  It has a very distinct flavor and there is no adequate substitute for it.  Corn syrup is not the same thing.  For the best flavor, we highly recommend using golden syrup.

It’s readily available at any grocery store in the UK, Canada, Australia and New Zealand, and many well-stocked grocery stores in the U.S. also carry it.  I’ve seen it some World Markets as well.  You can also buy it on Amazon in its traditional tin can or in an easy-to-open squeeze bottle.

You can also super easily make your own golden syrup!  Check out our tutorial for Homemade Golden Syrup!

Whatever you do, don’t substitute the golden syrup with something else.  Either buy it or make it yourself.   You’ll love the wonderful flavor and texture that golden syrup adds to these cookies. 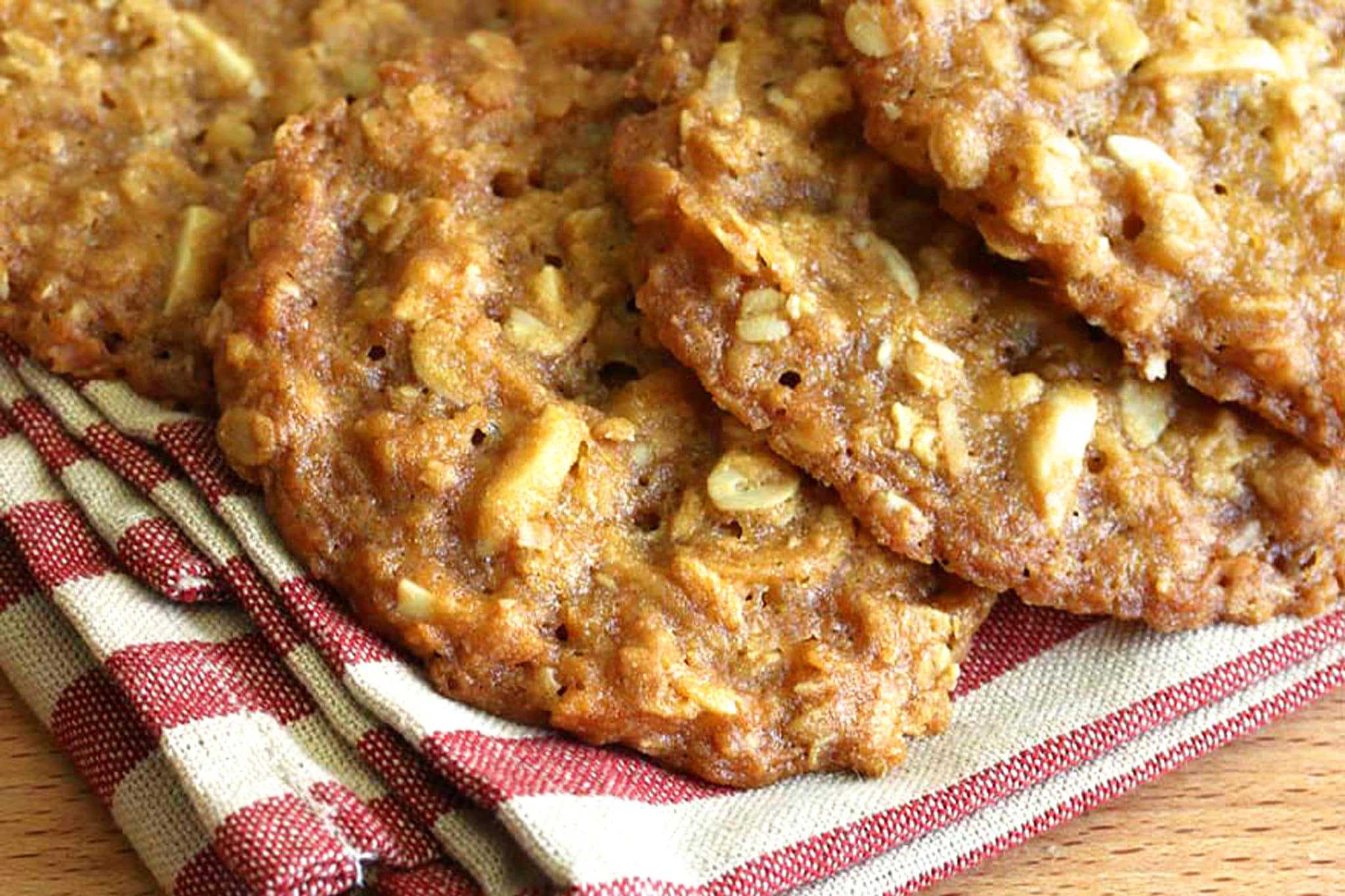 How to Make Anzac Biscuits

Melt the butter and Golden Syrup in  a small saucepan.  Stir the baking soda into the boiling water and add it to the butter mixture.  Stir in the vanilla and almond extracts.

Combine all of the dry ingredients (except for the baking soda which was added to the butter).  If you’re diabetic or want to cut back on the sugar, you can use a brown sugar alternative such as this one.

Pour the wet mixture into the dry mixture.

Scoop out 1-inch balls and place them 2-3 inches apart on a nonstick cookie sheet.  The cookies will spread and be thin.

Bake in an oven preheated to 350 degrees F for 13-15 minutes or until golden brown on the edges.  Let sit for 3-4 minutes before transferring them to a wire rack to cool completely. 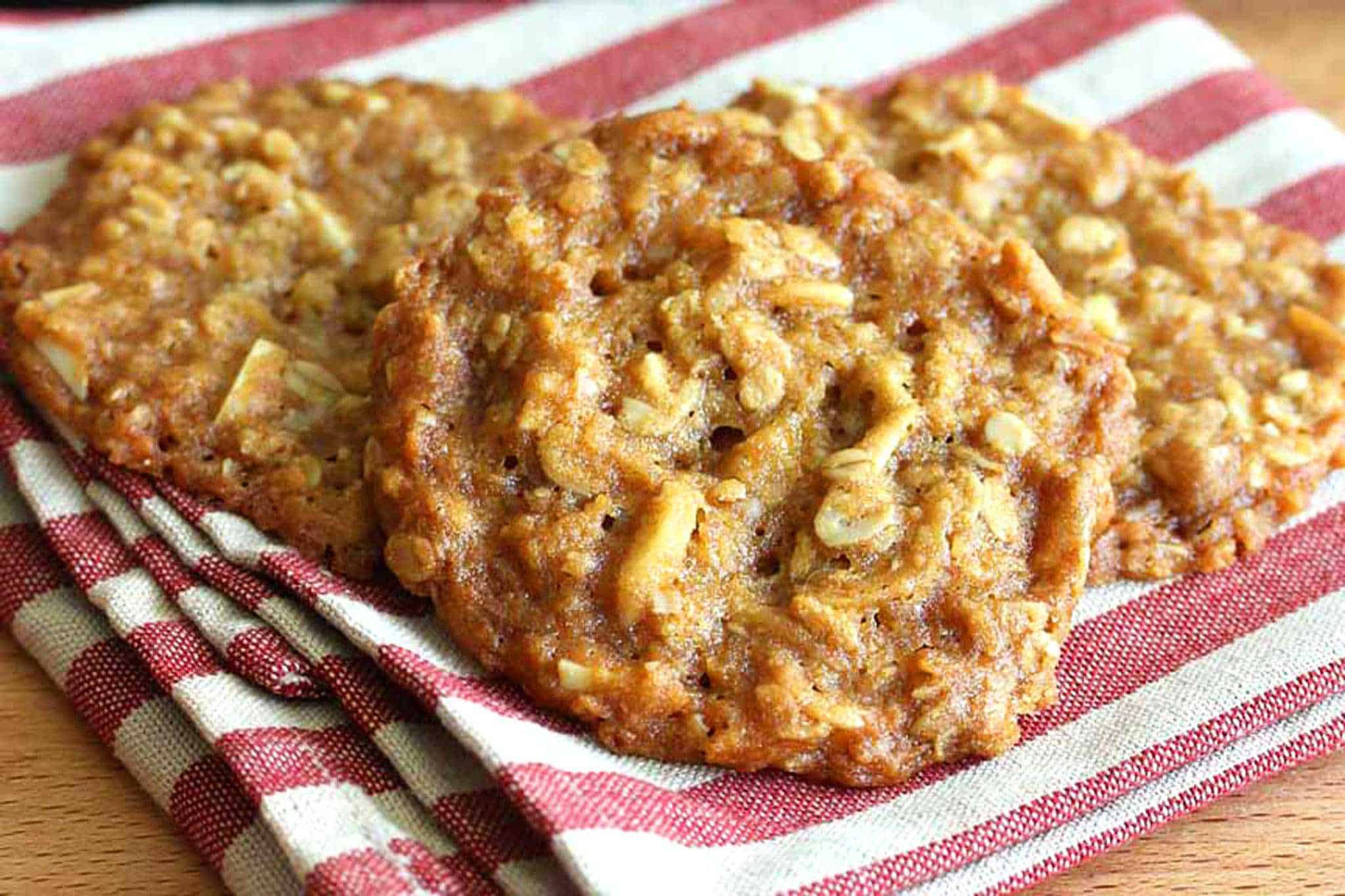 Be sure to also try our: 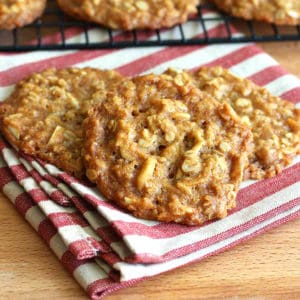 Golden Syrup has a very distinct taste for which there is no adequate substitute. Corn syrup and molasses are not the same thing.
Keyword Anzac Biscuits
Tried this recipe? Mention @daringgourmet or hashtag #daringgourmet
1354 shares
« Sesame Chicken
Popcorn Chicken (Buffalo-Style) »