If you’re looking for an authentic marzipan recipe that’s easy to make, is much cheaper than store-bought, and tastes absolutely phenomenal, you’ve come to the right place! 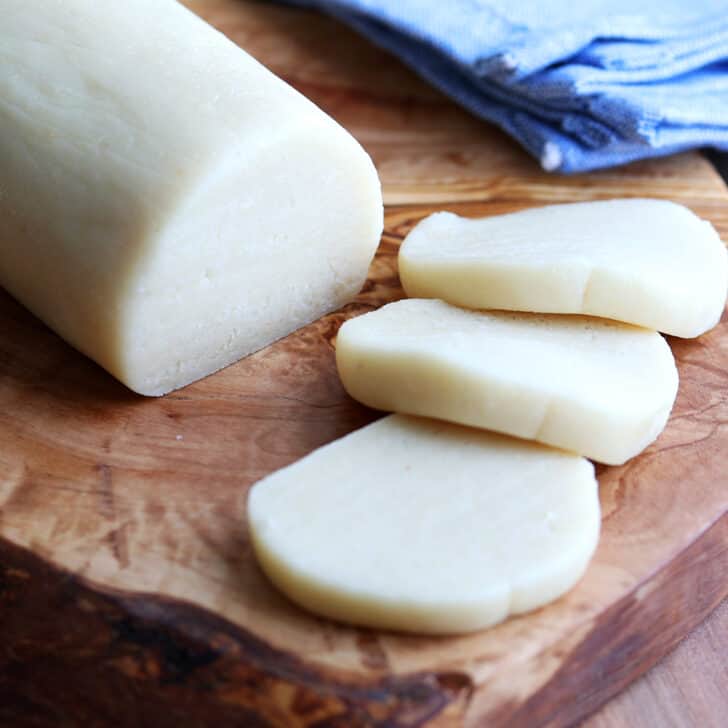 Growing up in Germany, home to the world’s most famous marzipan, I was practically raised on this stuff.  Well, not really, but I wouldn’t have protested had my parents tried :)  Marzipan is incredibly delicious.  But it’s also expensive to buy.  The way around this?  Make your own!   The good news is that marzipan and almond past are also super easy and quick to make and now you can make your own anytime, anywhere.  Yes, your life is forever changed.  Look no further, this is simply the BEST homemade marzipan recipe!

Marzipan can be found everywhere in Germany.  Just a few hours north of where I grew up in Stuttgart is the historic town of Lübeck, world famous for its marzipan.  It’s also a beautiful, scenic port town.  We visited it frequently as a family and later as a young adult I once took on the challenge and biked 72 miles from Rendsburg to Lübeck in the middle of summer, a memory I’ll never forget!

The Holstentor is Lübeck’s most famous feature, a Brick Gothic construction from Medieval times.  It has been a UNESCO world heritage site since 1987.

Lübeck is also the home of Niederegger Marzipan, probably the most famous marzipan in the world.  If I were to weigh how much of that marzipan I ate during my 23 years in Europe it would probably come close to 893 pounds.   Niederegger has been around since 1806 producing the highest quality marzipan, including a class that is made from 100% almonds (no sugar), and it uses only the finest almonds from around the Mediterranean. 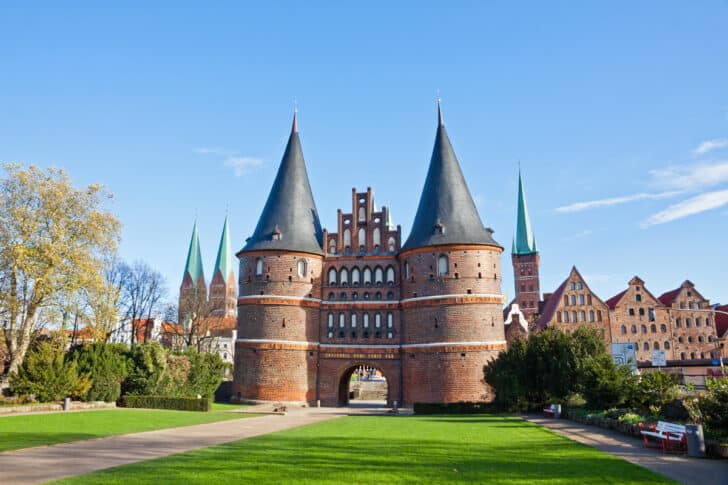 Where Did Marzipan Originate?

Though marzipan has long been associated with Germany and Italy in particular, its roots are actually in the Orient.  As far back as 850, a Persian doctor by the name of Rhazes praised the curative properties of almond and sugar paste.  (See, now why can’t our doctors today be equally so inspired?)  When the Crusaders returned to Europe from the Orient they brought this delicacy back with them.  Initially only enjoyed by kings and the very wealthy, by the 19th century when sugar was being extracted from sugar beets, making it cheaper, marzipan became widely accessible.  It has been a prized and popular treat ever since.

Aside from being dipped in chocolate, wrapped and sold, marzipan is also often shaped into various figures, including fruits and vegetables that look real-life.  If you’re crafty, marzipan is a fun medium to work with.

And of course marzipan is incorporated into deliciously decadent cakes and baked goods.  See further below for several must-make recipes! 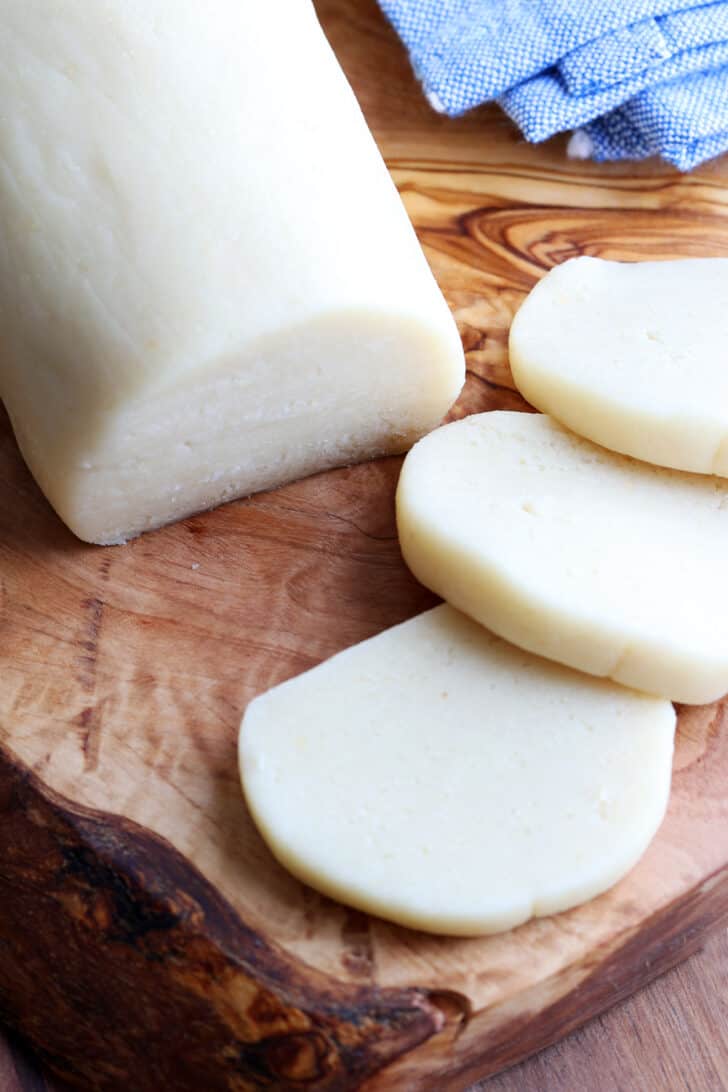 In part it comes down to where you live.  In Europe it’s widely referred to as marzipan whereas here in North American the term almond paste is more common.  However there is also a difference in consistency resulting from a different ratio of almonds to sugar.

Almond paste is softer and is used in baked goods either as a filling, such as for pastries and tarts, or is incorporated into the pastry or cake batter.  Almond paste usually includes almond extract.

Marzipan is firmer so it can be shaped and molded and is used for making candies/chocolates or as fondant for cakes.  Marzipan traditionally includes rose water.

To adjust this recipe according to what you’re using it for, follow this recipe as instructed for making almond paste (I still include the rose water because it tastes amazing and it’s what I’m used to being from Germany and growing up with German marzipan), or if you’re making marzipan add an extra 1/4 cup or more of ground almonds until you reach a firmer consistency (one that you can roll out with a rolling pin without it sticking).

And for a delicious variation be sure to also check out our Pistachio Marzipan! 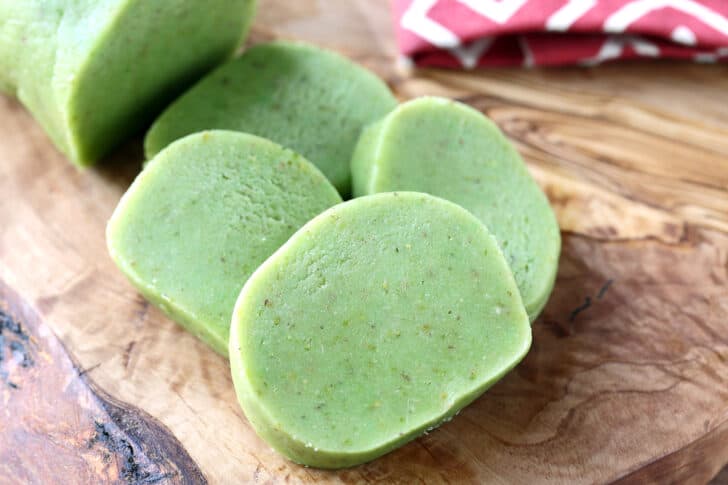 Add the almond flour to a food processor.   Add the powdered sugar to the almond meal and pulse to combine and break up any lumps.  (**Diabetics or those looking for a sugar-free marzipan / almond paste option, you can use Swerve Confectioner Sweetener.) 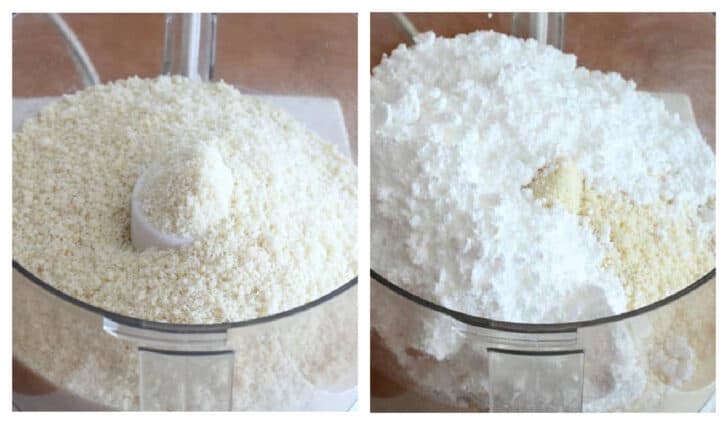 Add the rose water, almond extract, and egg whites (or alternatives, see recipe below) and pulse to combine.

Use good quality almond extract and rose water (and be sure it’s food grade).  Nothing will spoil the flavor of the marzipan more than poor quality extracts.

Process the ingredients until it comes together in a firm mass.

If it’s too wet, add some more almond flour.   Keep in mind though that it will become firmer after it’s been refrigerated. 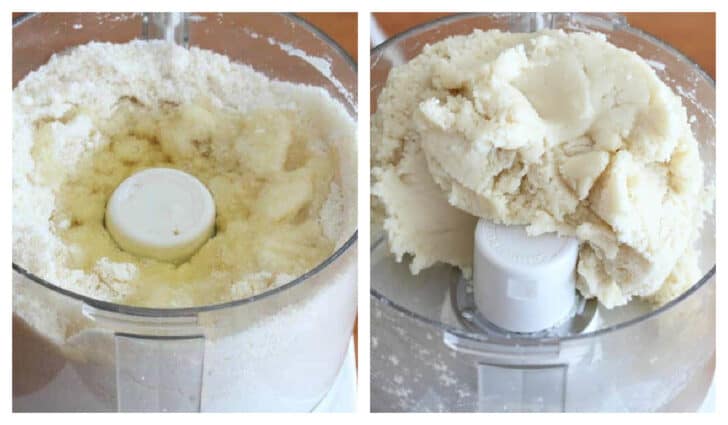 Turn the marzipan or almond paste out onto a work surface and knead it a few times just to make sure all the ingredients are fully combined.

Form the dough into a log, ball or disc and wrap it tightly in plastic wrap.

The marzipan will keep in the refrigerator for several weeks (provided you used very fresh egg white).  It will keep even longer if you use a sugar syrup alternative (see recipe below). 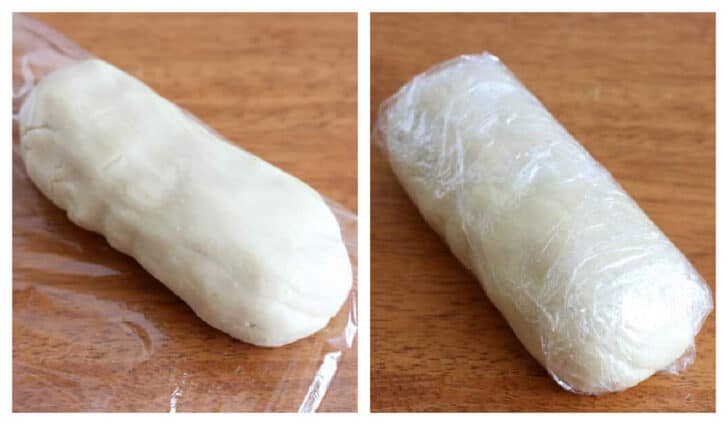 Warm the marzipan to room temperature before using. 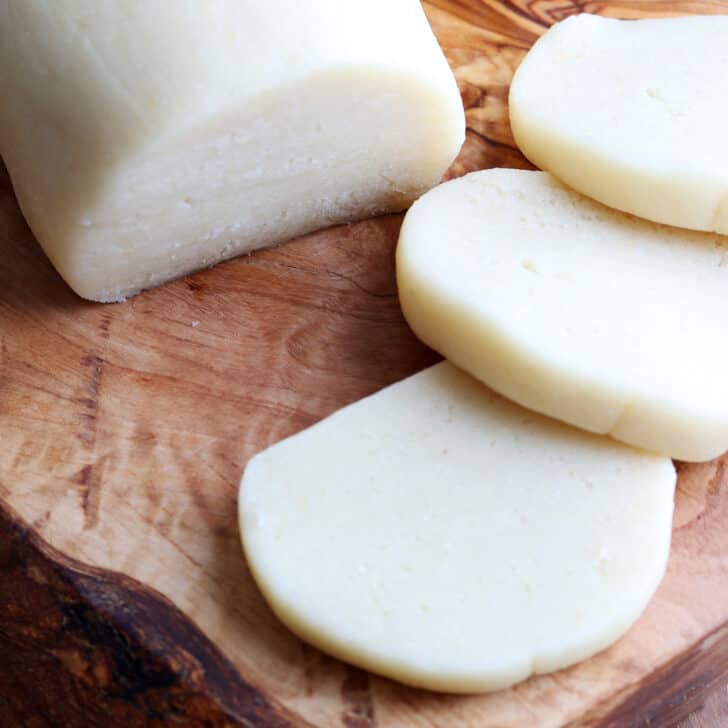 For delicious recipes using marzipan/almond paste, be sure to try our: 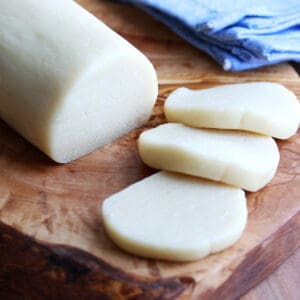 * Marzipan vs. Almond Paste - the difference: Almond paste is softer and is used in baked goods. Marzipan is firmer and is used in making candies/chocolates or as fondant for cakes.  Marzipan also includes rose water.  To adjust this recipe according to what you're using it for, follow this recipe as instructed for almond paste (I still include the rose water because it tastes amazing), or if you're making marzipan add an extra 1/4 cup or more of almond flour until you reach a firmer consistency (one that you can roll out with a rolling pin without it sticking).