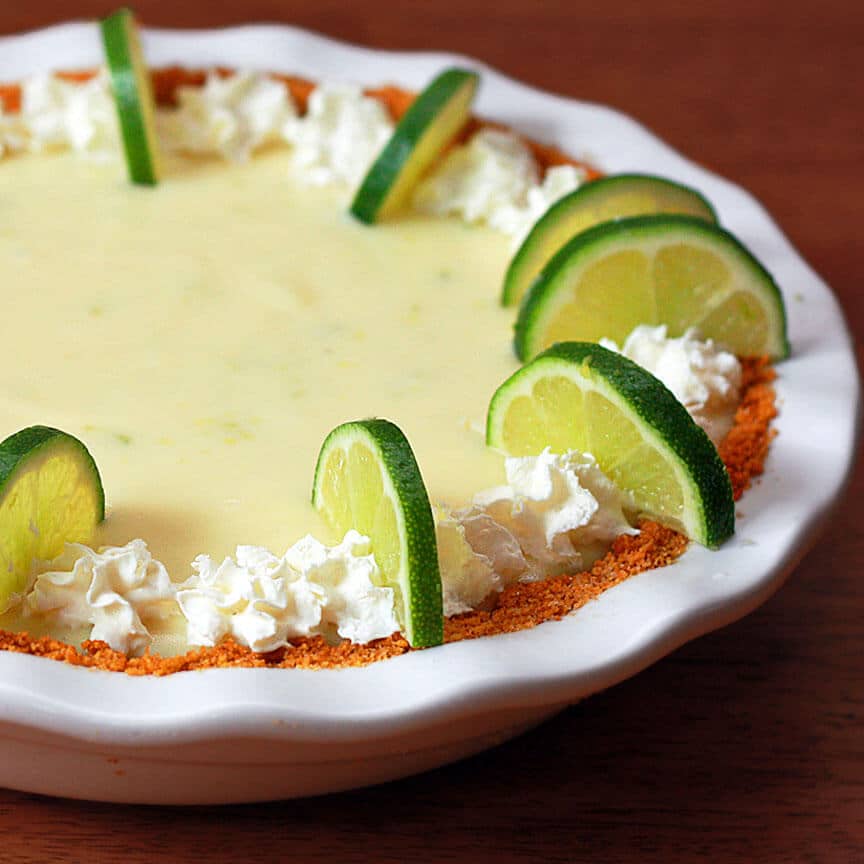 Mmmmmm, wouldn’t you love a slice of this right now?  I would!  I Love key lime pie.  That’s right, “Love” with a capital “L”.  I have to tell you, I’ve tried several recipes, including more complicated and time-consuming ones, but not one has been better than this one.  Call me shallow, but that’s my verdict and I’m sticking to it.

An entire 3/4 cup of freshly squeezed lime juice is used along with a whole tablespoon of fresh lime zest!  Sour cream is added and provides a delicious freshness to the sweet-tartness of the lime juice.  Sweetened condensed milk is substituted for traditional egg yolks.  Factual tidbit of today:  Did you know that condensed milk has been around since at least the 13th century?  Condensed milk is milk that has had the water removed, thus enabling it to have a very long shelf life.  This method of preparing milk enabled children and adults throughout the centuries before refrigeration was invented to enjoy regular access to milk.   World War I revived the market for condensed milk and it has been part of regular food production since.

This key lime pie is as delicious as they come and it is insanely easy to make!

Have you tried key limes before?  Key limes have a higher acidity level than standard, Persian, limes you find in any grocery store.  They’re more tart and bitter.  Key limes originate from the Middle East.  Remember the Chicken Machboos recipe that used dried, or “black”, limes?  That’s right, they’re the same limes and in dried form they are a staple in Middle Eastern cooking.  The “key” in key limes is an American addition and was added sometime after 1926, the year a huge hurricane struck Miami and destroyed most of the lime agriculture, relegating production primarily to the Florida keys.

Florida is very proud of their key limes.  In 1965, Florida State Representative Bernie Papy, Jr. called for a $100 fine against anyone advertising Key Lime Pie that was made with regular limes.  The bill never passed, but Key Lime Pie has since been designated the official pie of the State of Florida.  Florida, I salute your good taste!

Note:  Once you’ve combined the ingredients you’ll note how liquidy the filling is and you’ll wonder if you perhaps did something wrong or the recipe left something out.  Don’t worry, it means you did things RIGHT!  The liquidy filling will miraculously firm up through the baking process – an interesting chemical reaction that occurs between the lime juice and the sweetened condensed milk when heated. 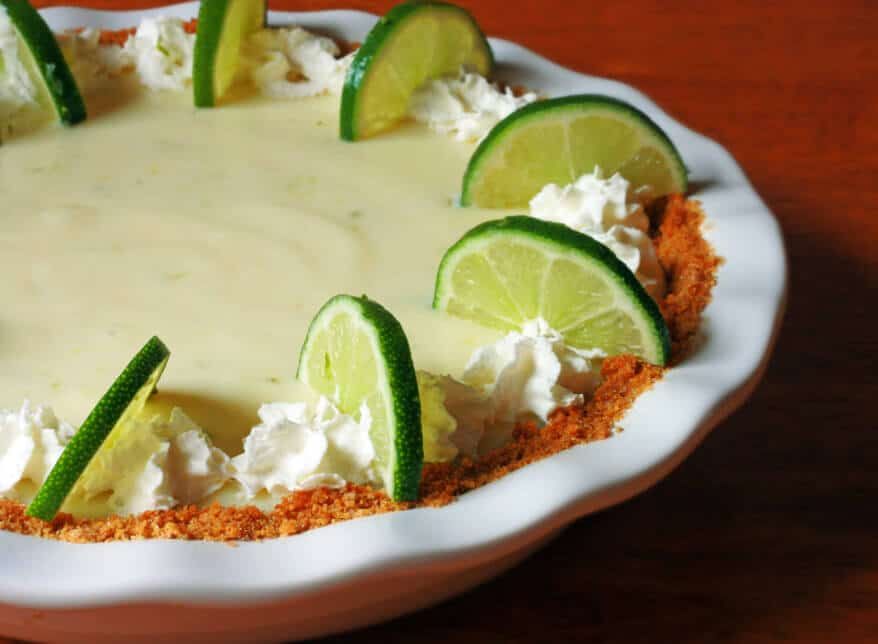 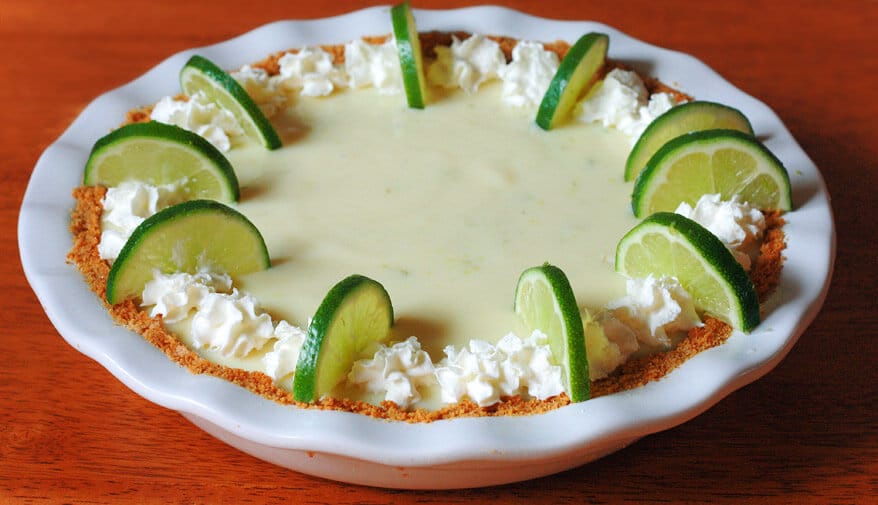 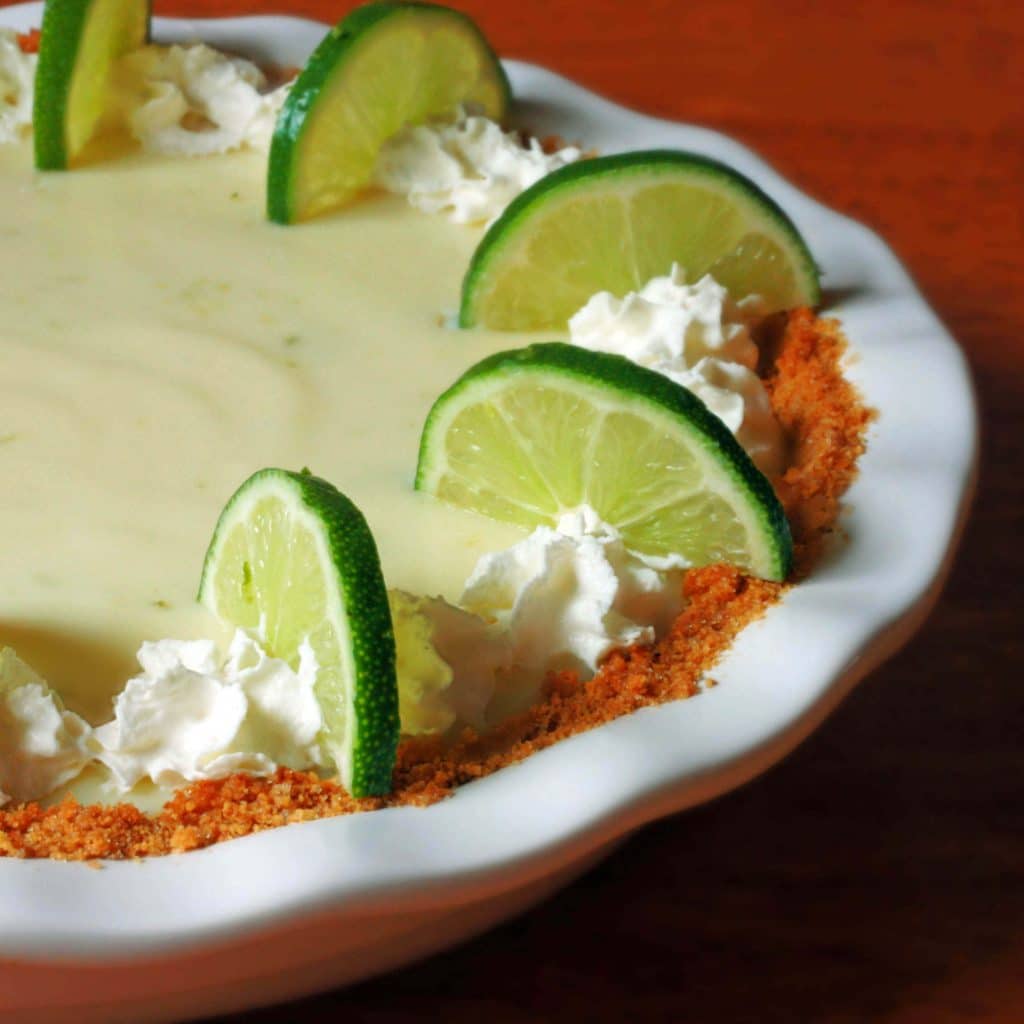