Home » Rhubarb Flowers: What To Do When Rhubarb Bolts and Goes To Seed 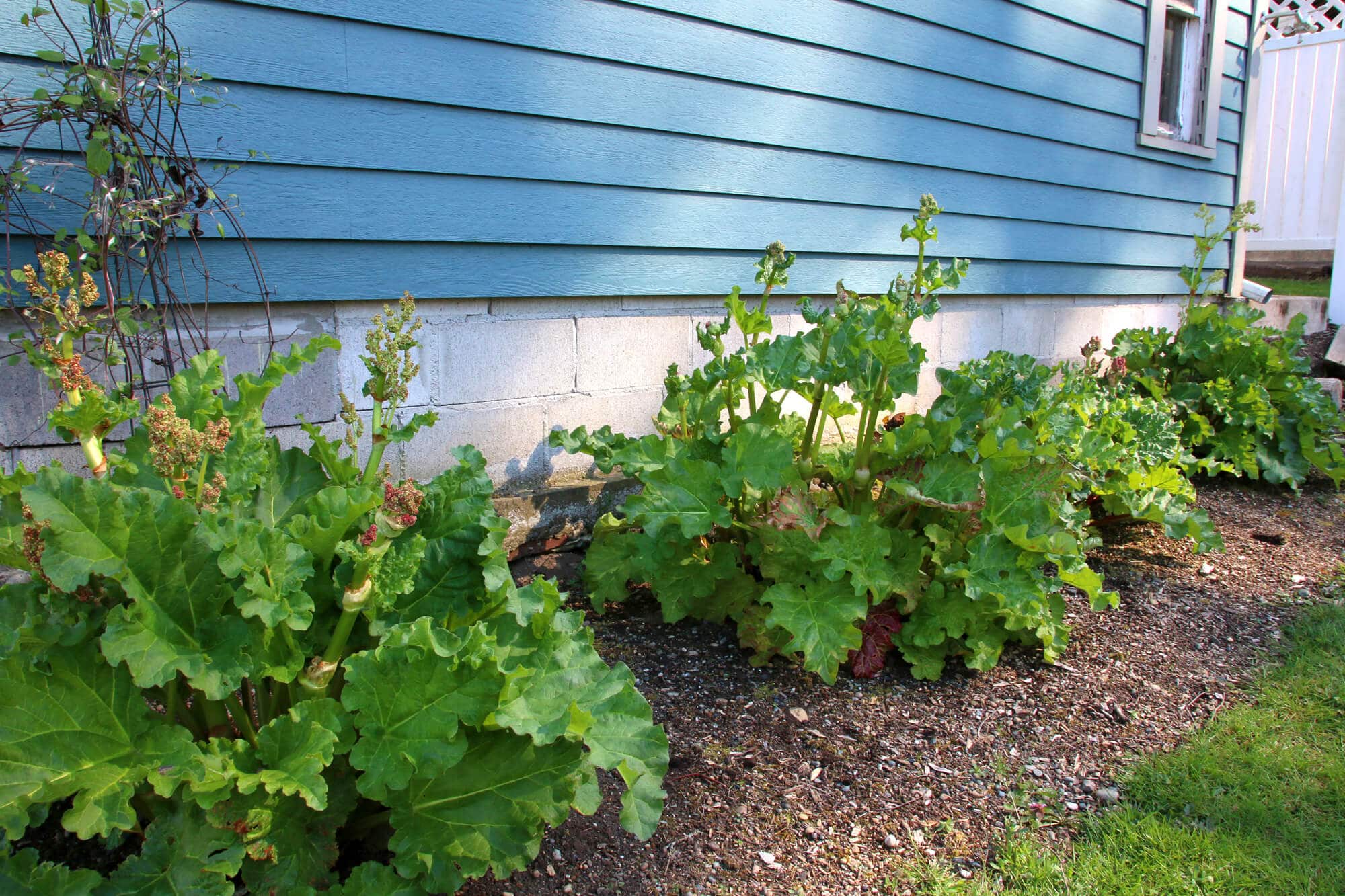 It’s very early spring and you walk out to your rhubarb patch for the first time since last Fall and gasp:  Your rhubarb has already bolted.

Usually when edible plants go to seed it’s the end of those plants, at least for that season.  But when it happens to rhubarb there are three things you should know: 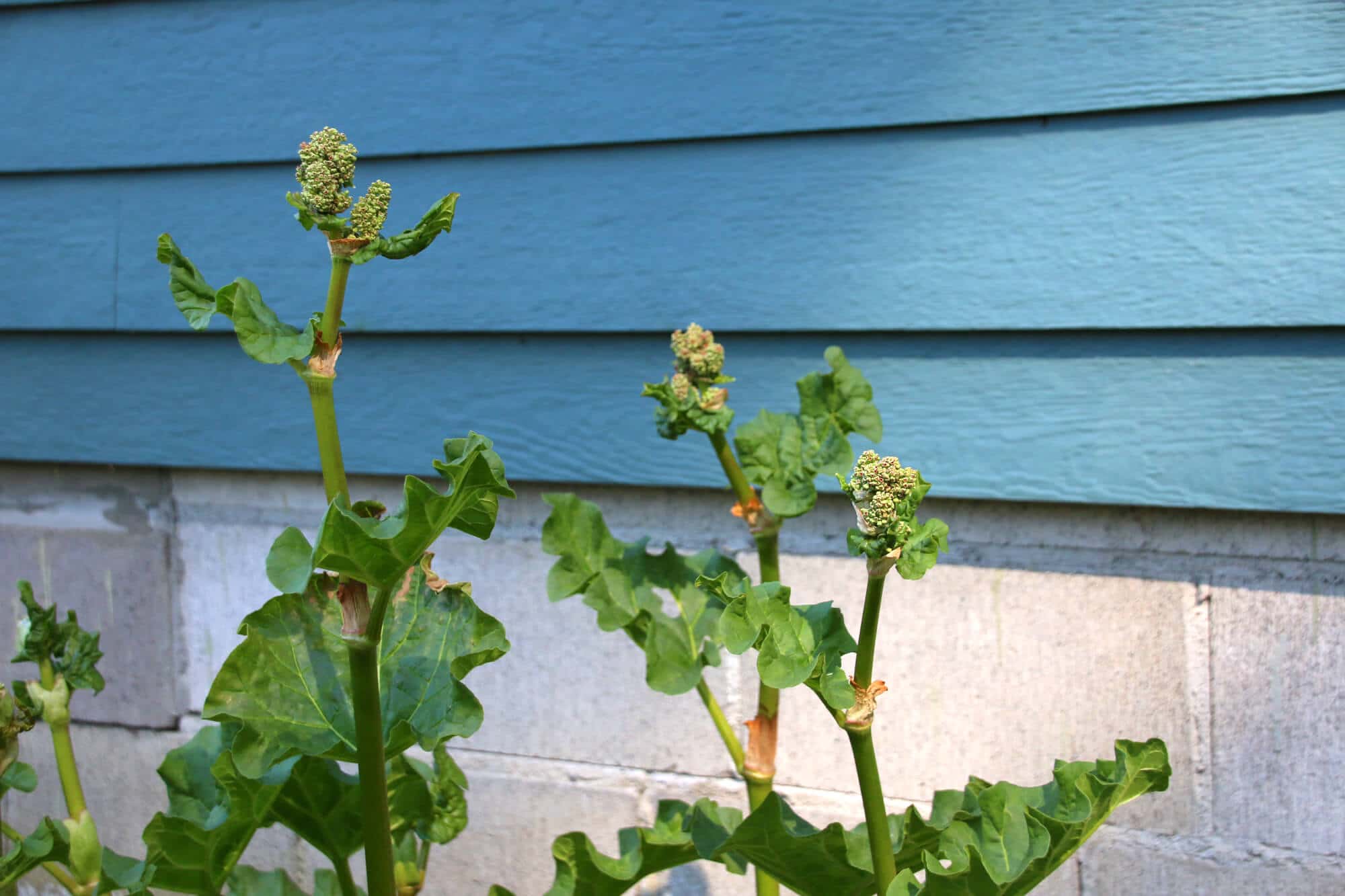 What Causes Rhubarb To Bolt?

Another factor that influences the growth of flower stalks is the variety of rhubarb.  Some are more likely to flower than others.  Old-fashioned varieties such as Victoria and MacDonald continuously produce seed pods whereas other varieties like Canada Red and Valentine are less likely to bolt.  These and other modern varieties are bred to flower less often.

Other stressors can also cause rhubarb to bolt, such as insect or animal damage to the leaves or a lack of nutrients.

Still, even when all proper care and precautions are taken, it’s very natural for rhubarb plants to bolt. 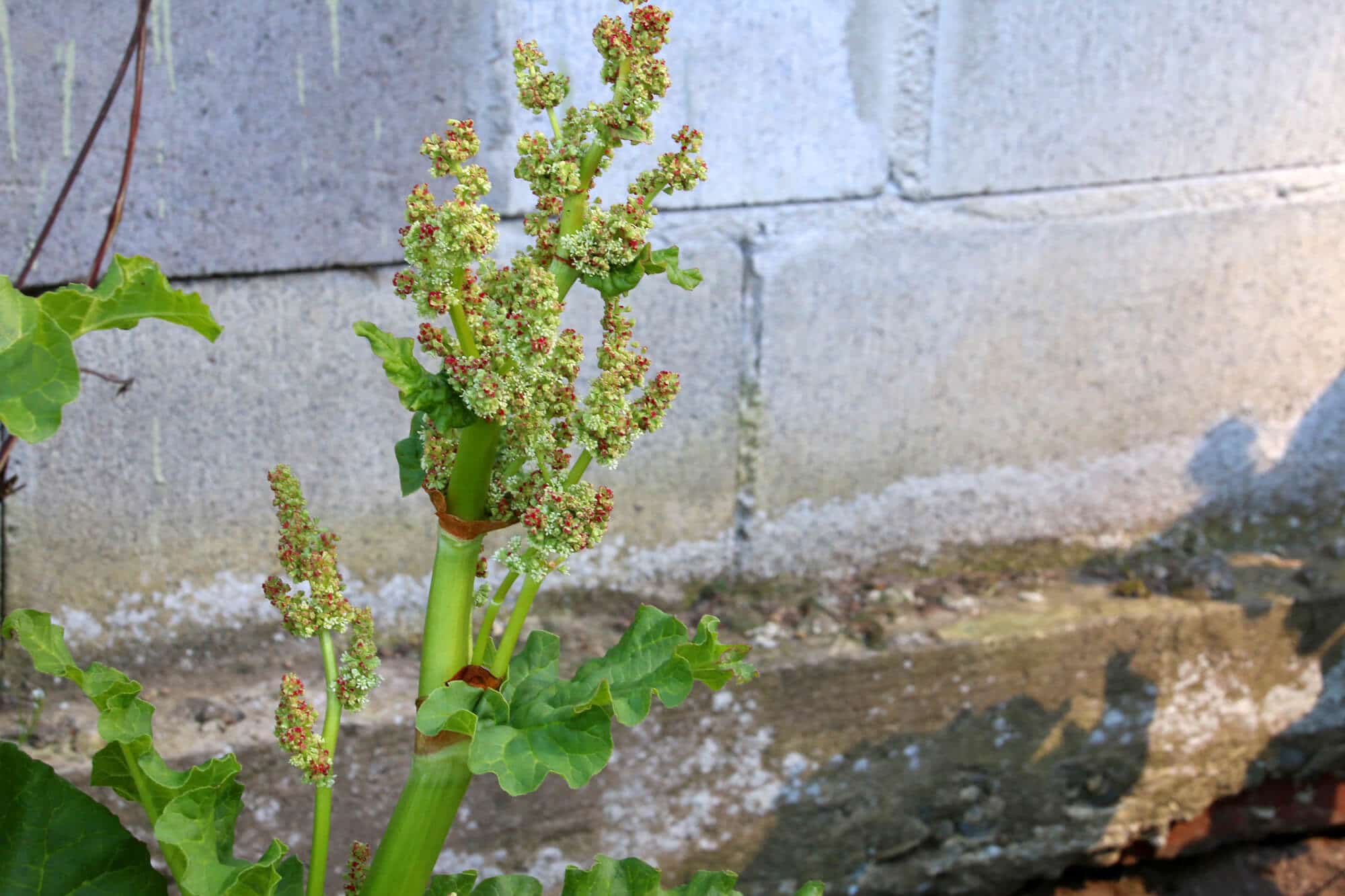 What Do I Do When My Rhubarb Has Bolted?

Rhubarb flowers are pretty and it’s almost a shame to cut them down.  Do you have to?  No, they won’t actually harm the plant.  Nor will they affect the flavor of the rhubarb.

But they will greatly limit your harvest.

The simple reason is that it takes a plant a lot of energy to produce flowers and seeds and that is energy is being diverted from producing the actual edible stalks.  A rhubarb plant that is allowed to go to seed won’t yield as large of a harvest as it otherwise would have. 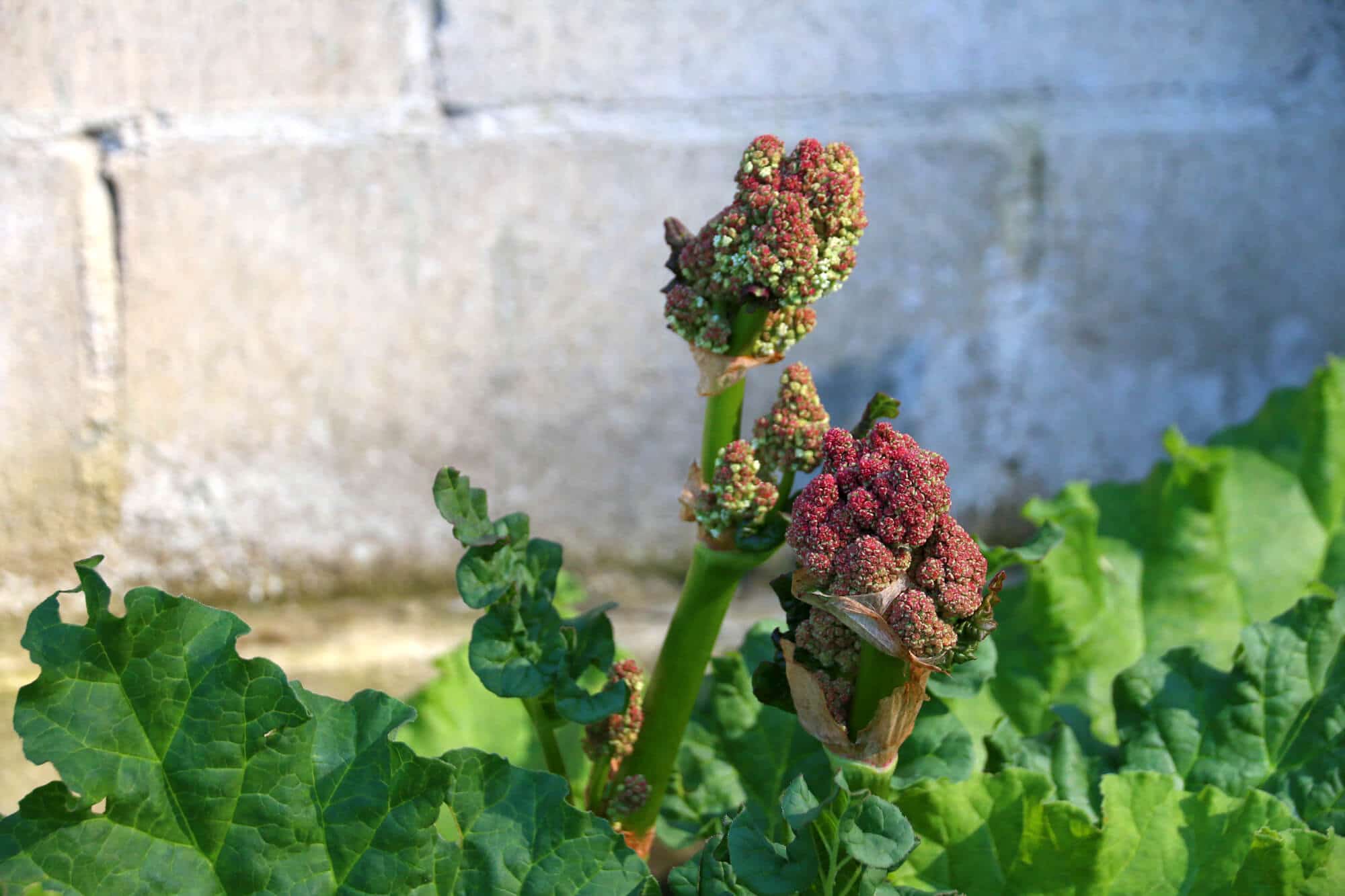 Ideally you really want to avoid letting your rhubarb plant even get to the point where there are flower stalks.

Initially these long shoots start off as a seed pod at the base of the plant.  As soon as you notice these seed pods remove them. 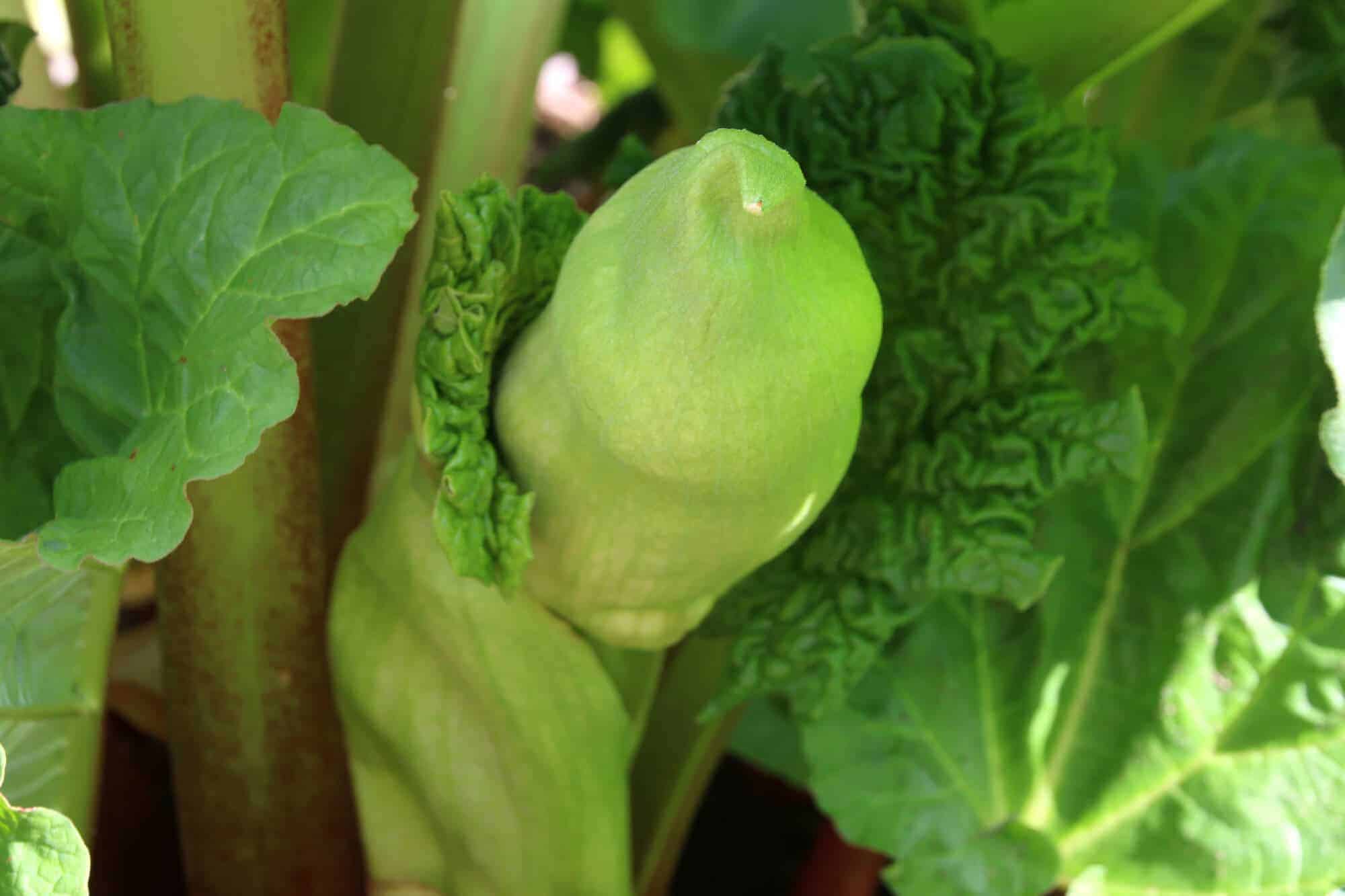 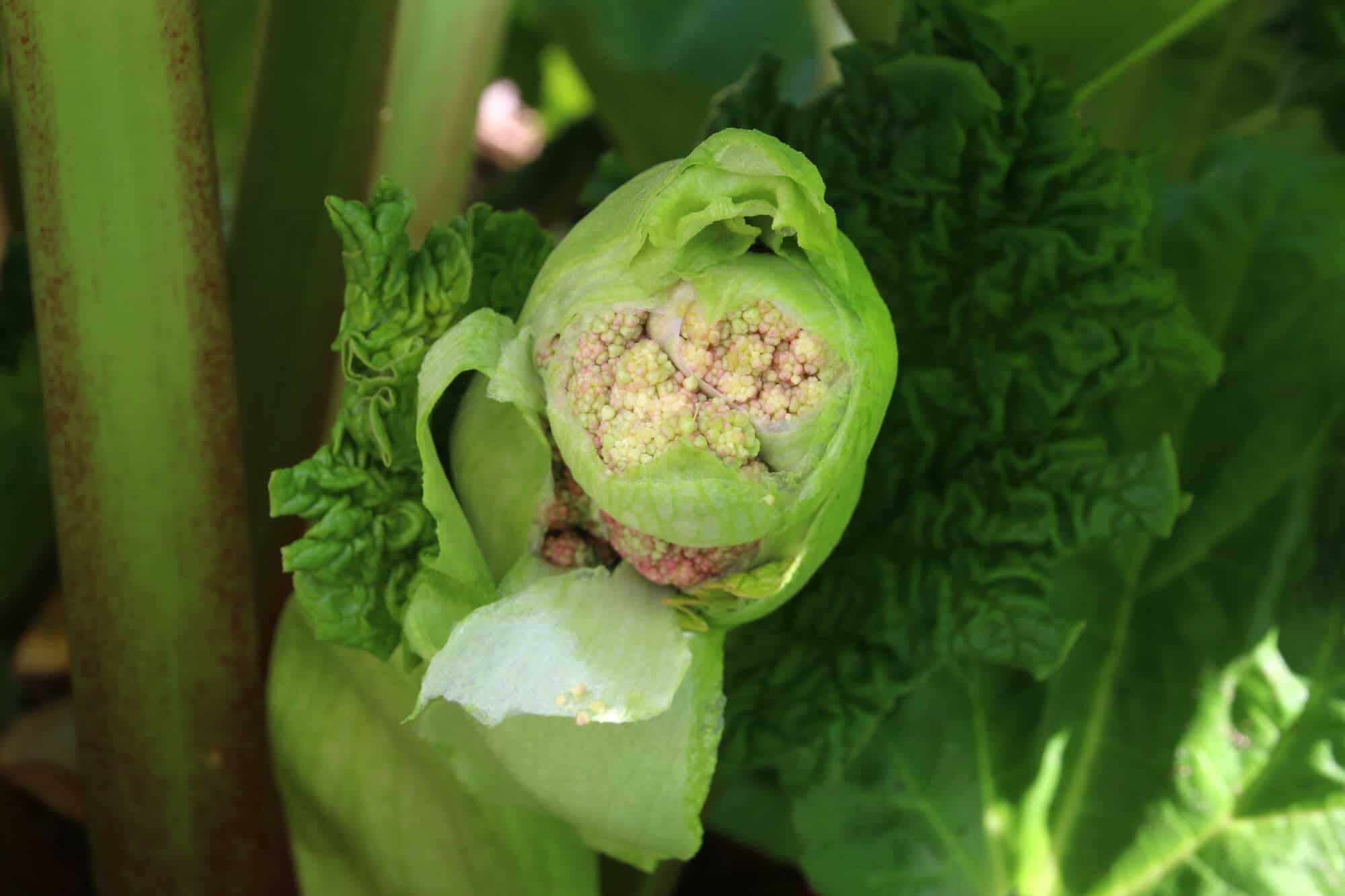 To remove them use a sharp knife at cut them as close to the base of the plant as possible. 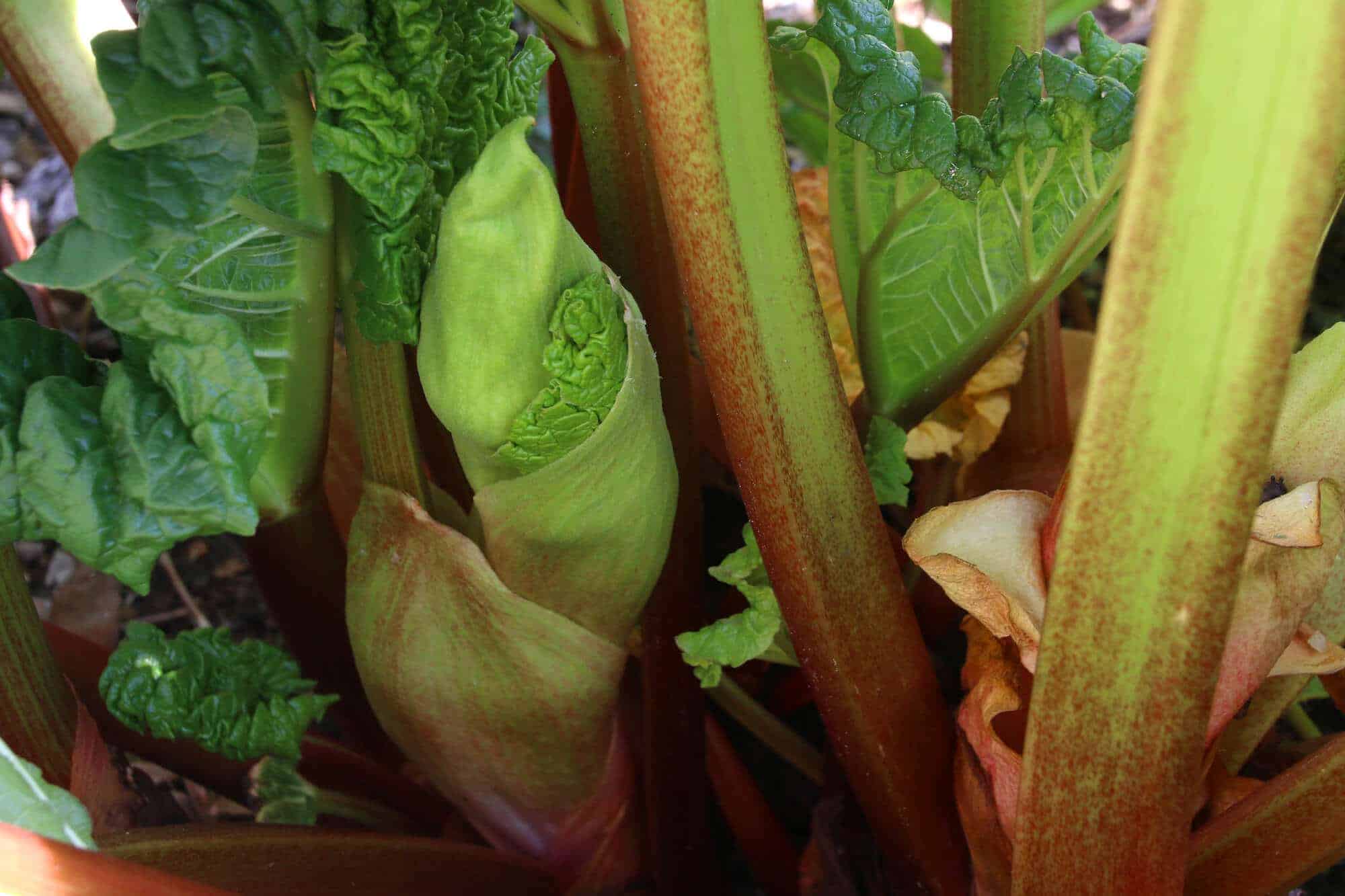 If they’re not removed the seeds pods will grow into a long stalk and flower at the top, diverting even more energy away from the production of edible stalks.  Remove these flower stalks by cutting them with a sharp, clean knife as close to the base of the plant as possible.  Flower stalks are harder to remove than regular stalks are by twisting and pulling so you’ll most likely need to use a knife to cut them.

Rhubarb flowers last a long time.  Try putting them in a vase for a more exotic flower arrangement. 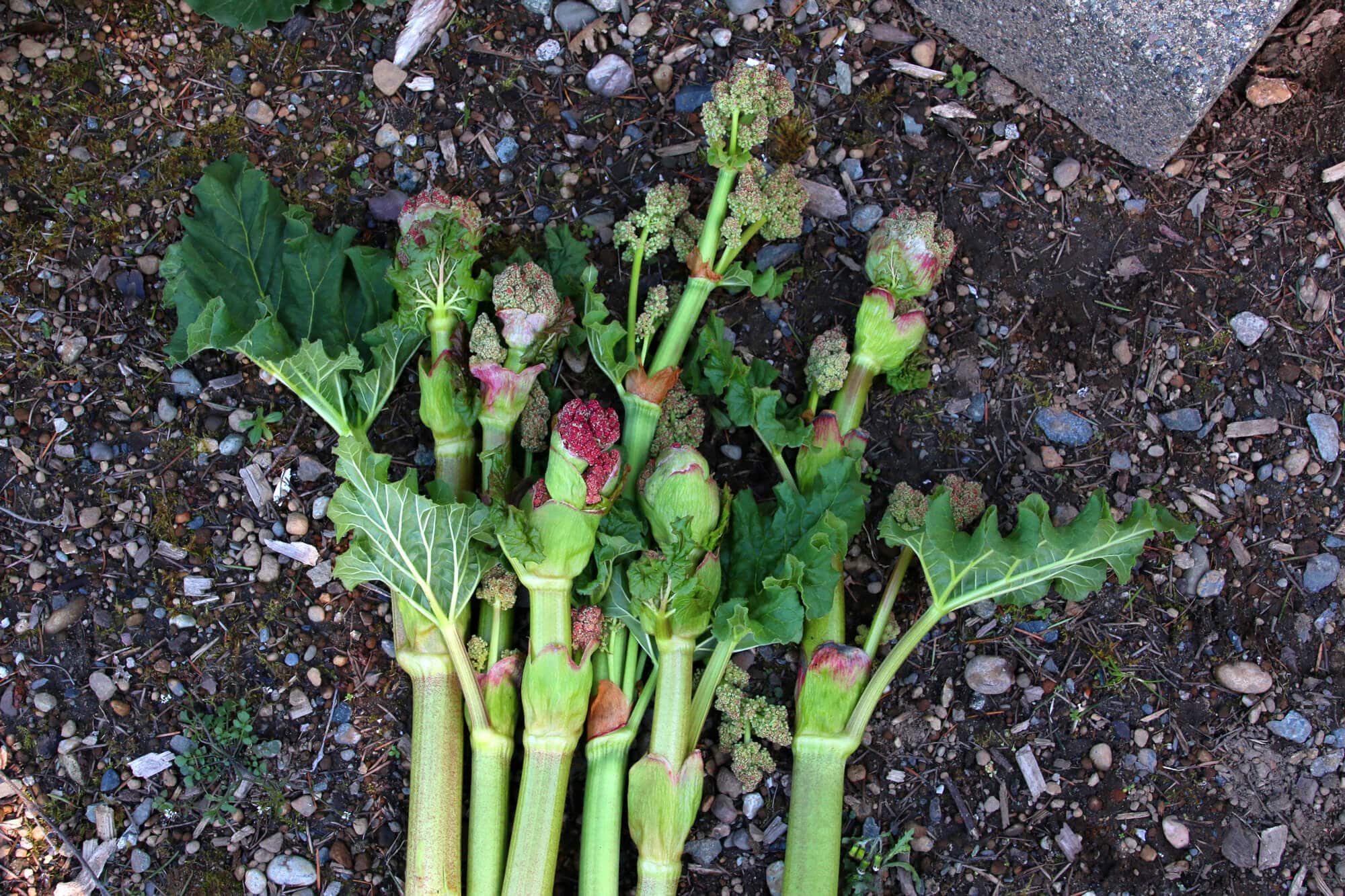 With your seed pods and flower stalks removed your rhubarb plant can now focus its energy and producing a delicious and healthy yield of edible rhubarb stalks.  Continue checking your plant frequently for new seeds pods and promptly remove them.

Ready to eat some rhubarb?  Check out our yummy recipes! 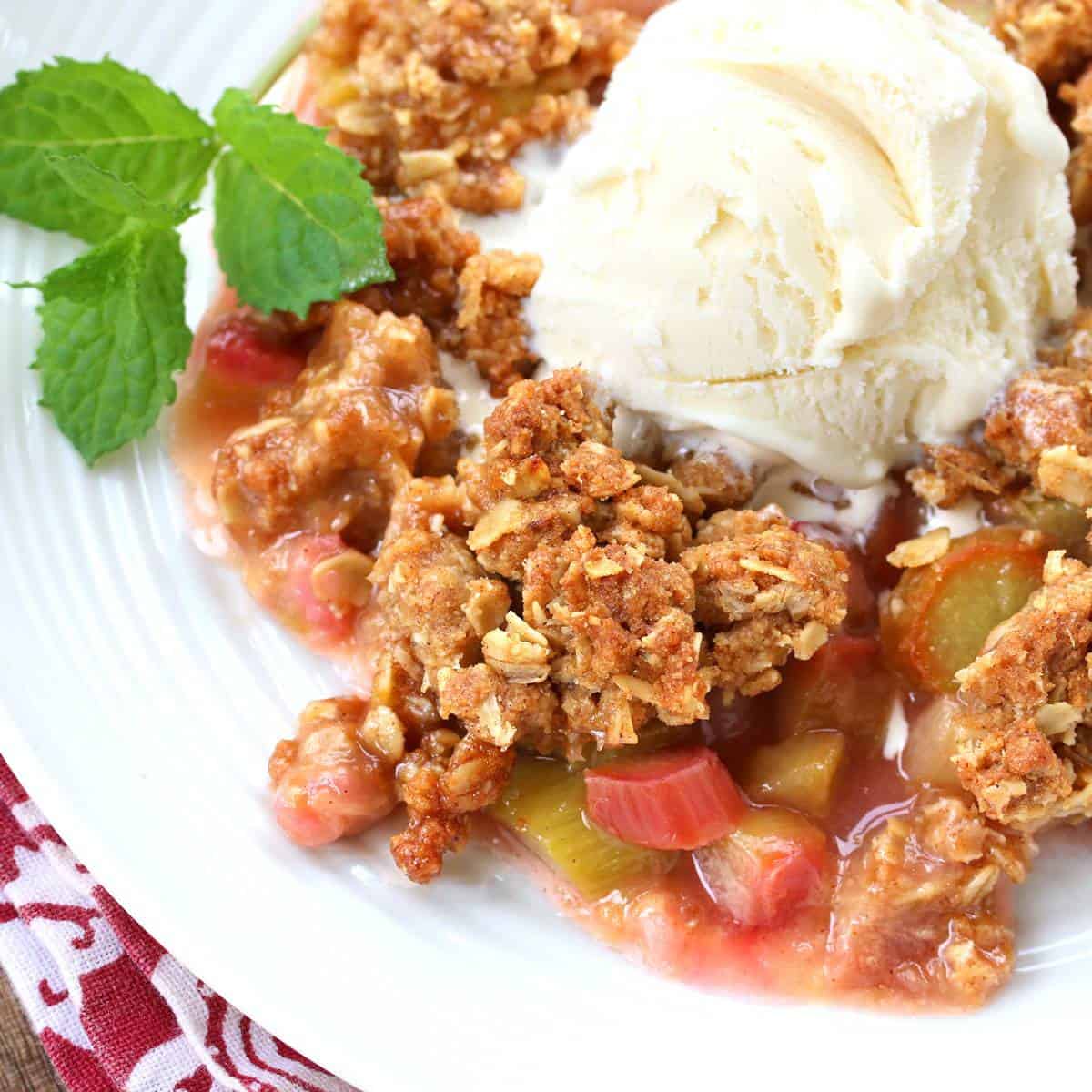 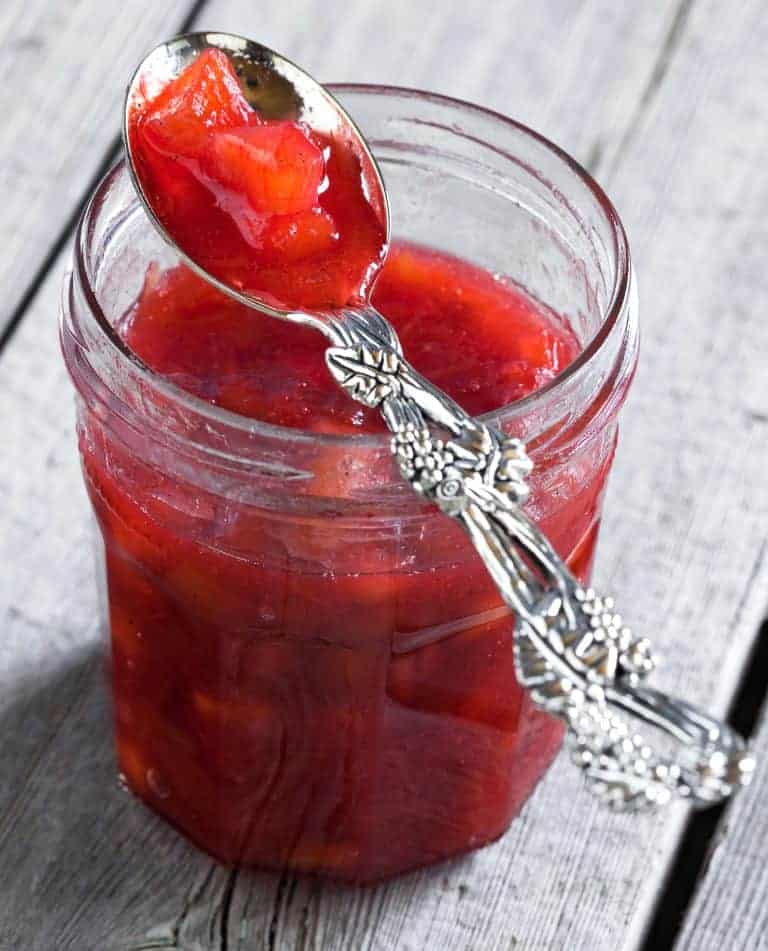 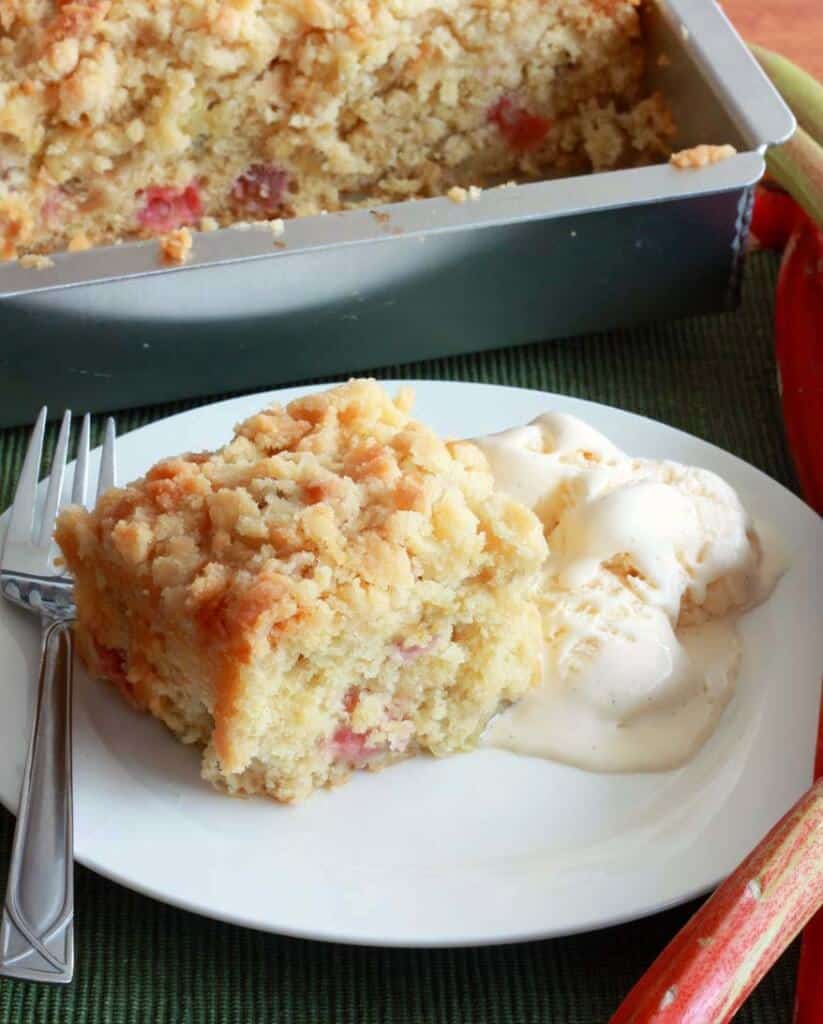 Oat and Buckwheat Waffles with Rhubarb Compote and Vanilla Cream 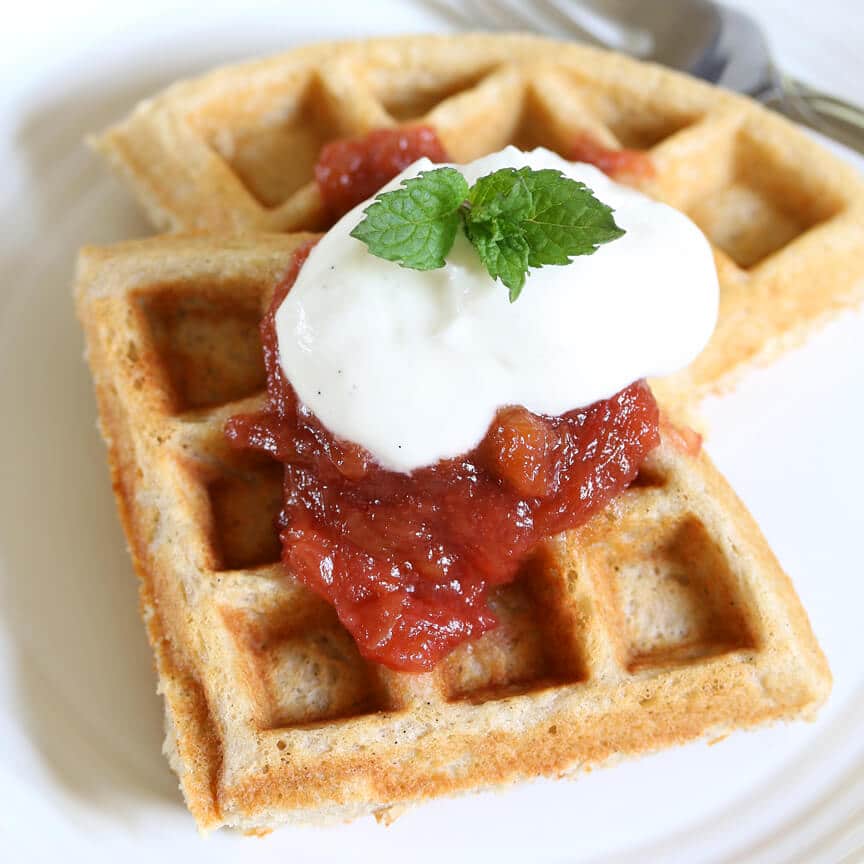 491shares
« Valencian Paella Recipe
The Micro-Dwelling Project Part 3: Are We There Yet? »