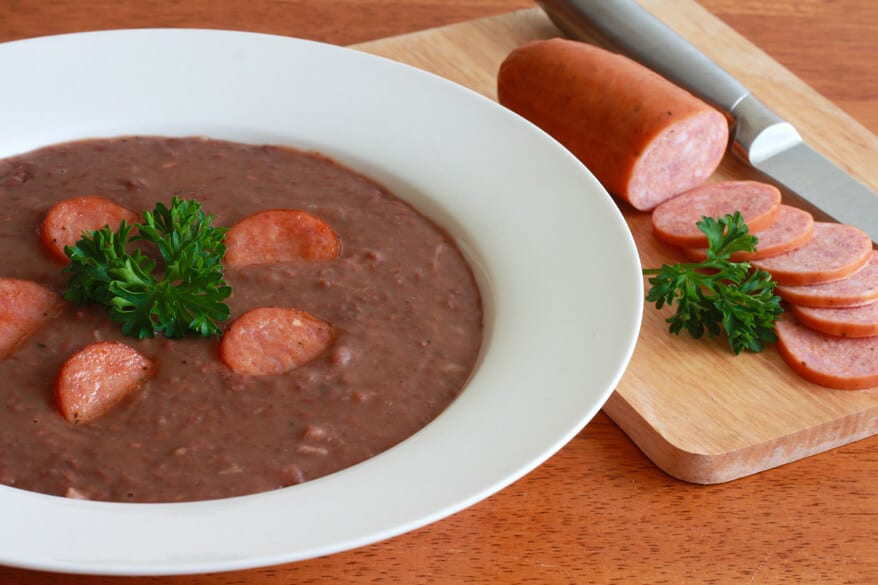 Rich, satisfying and tummy-filling, this Southern-style soup is slowly simmered with smoked ham hocks and topped with slices of spicy andouille sausage.

So, dish up!  Not only is this soup delicious, but your enjoyment of this meal will be enhanced  knowing you’re also loading up on healthy fiber and antioxidants.

Soak the dried beans in a pot of cold water overnight. 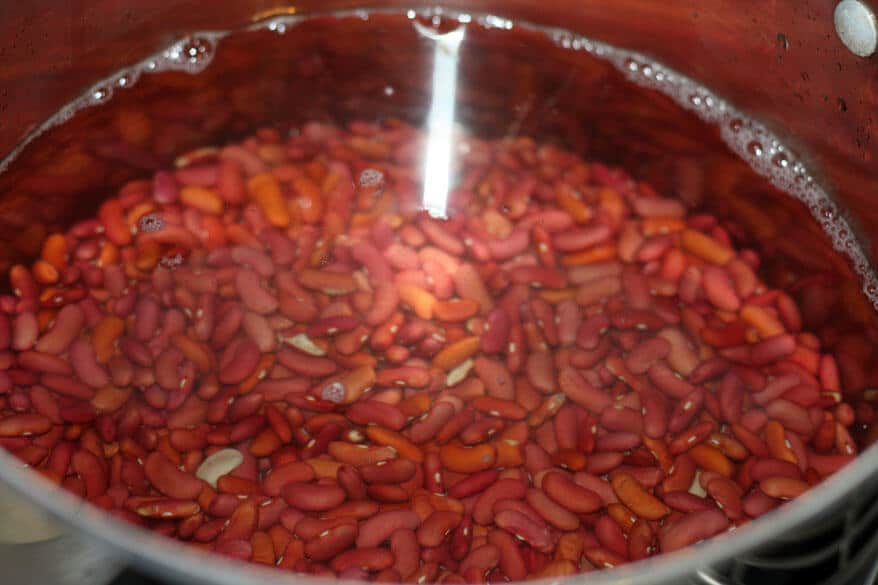 The next day, dice the onions, celery and garlic. 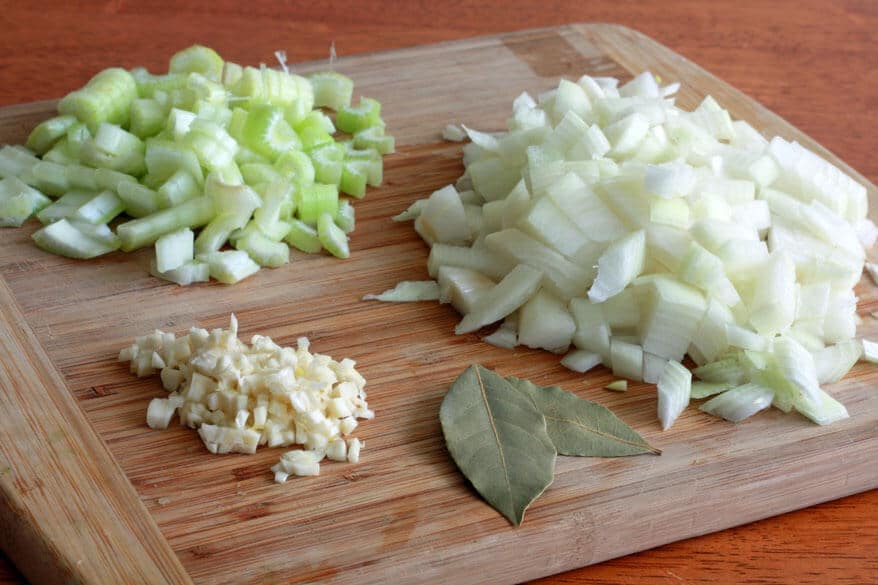 Drain and rinse the beans.  Return the beans to a large stock pot and add the water.  Add the smoked ham hocks and pork neck bones. 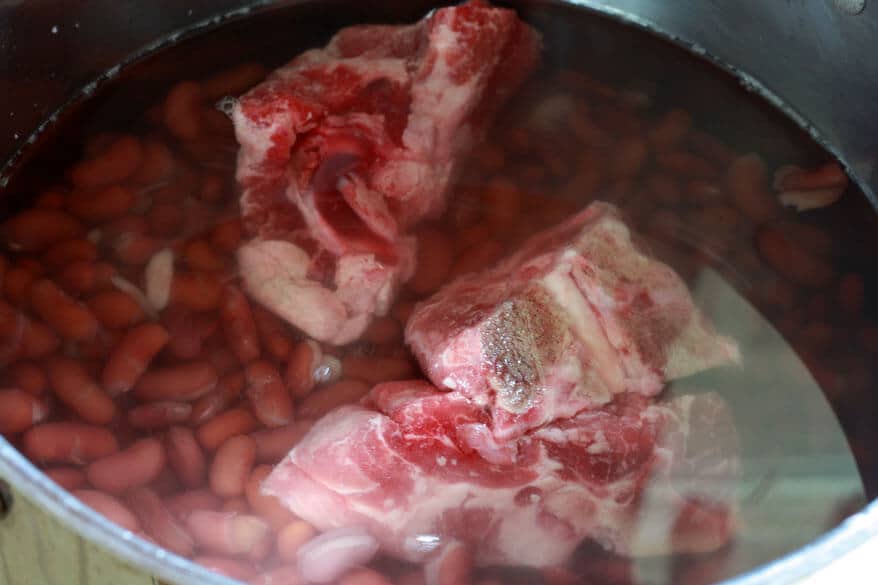 Add the onions, celery, garlic, bay leaves and thyme.  Bring everything to a boil, reduce the heat to medium-low, cover and simmer for at least 1 1/2 hours. 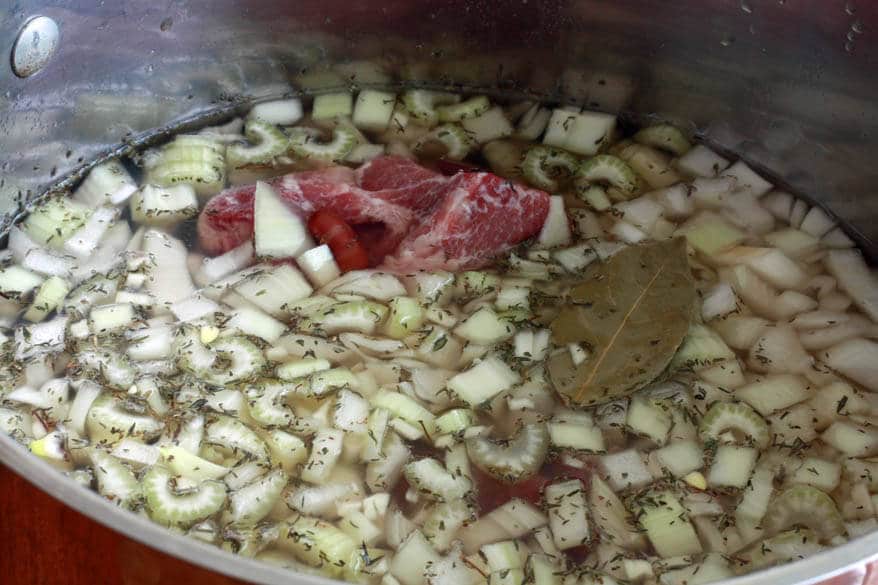 Remove the smoked ham hocks and neck bones.  Remove the meat from the bones and discard the bones. 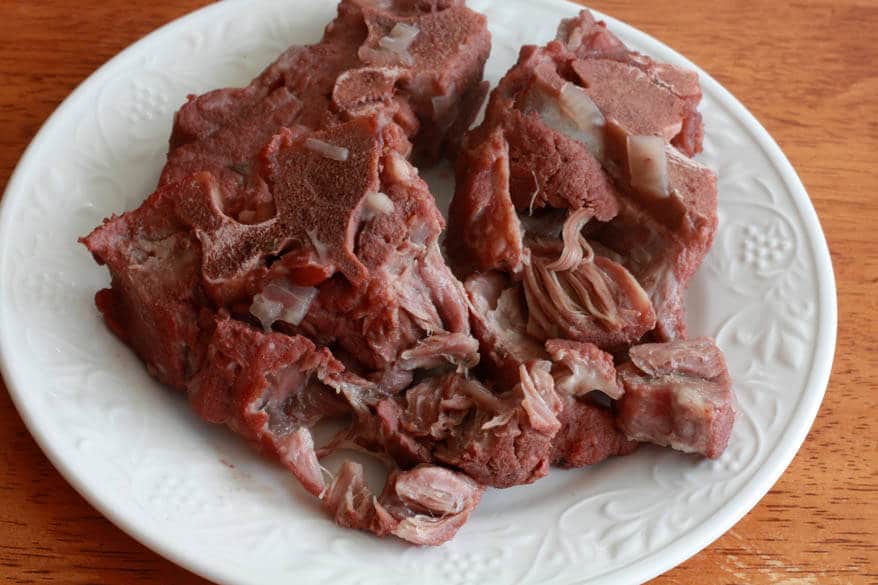 Shred the meat and set aside. 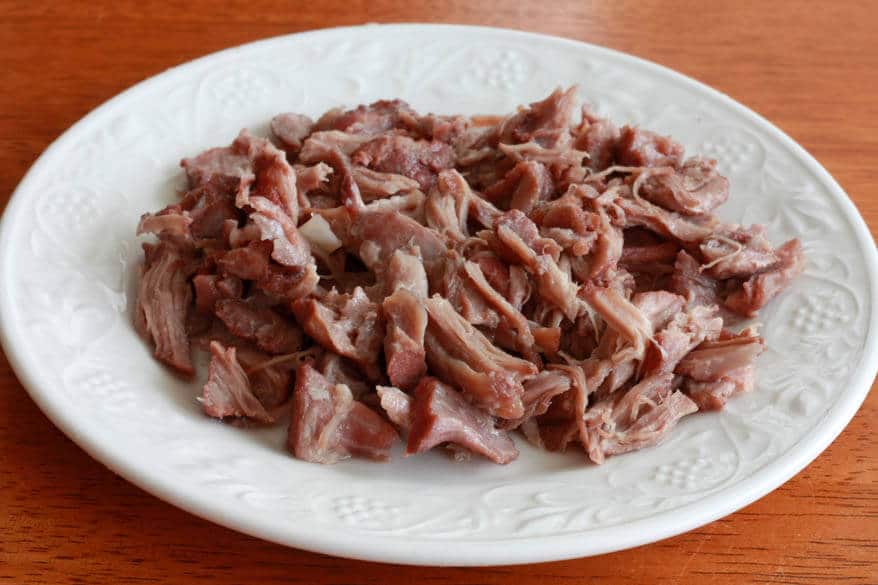 Remove the bay leaves from the soup. 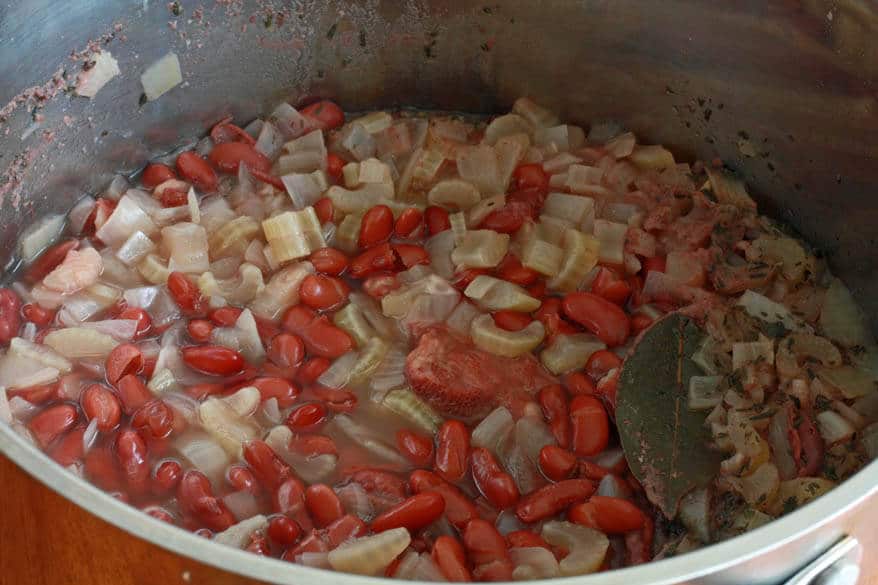 Using a blender stick, blend the majority of the soup, while leaving some chunks of beans.  If using a stand blender, puree 2/3 of the soup and coarsely mash the other 1/3.  Return the pureed soup to the pot. 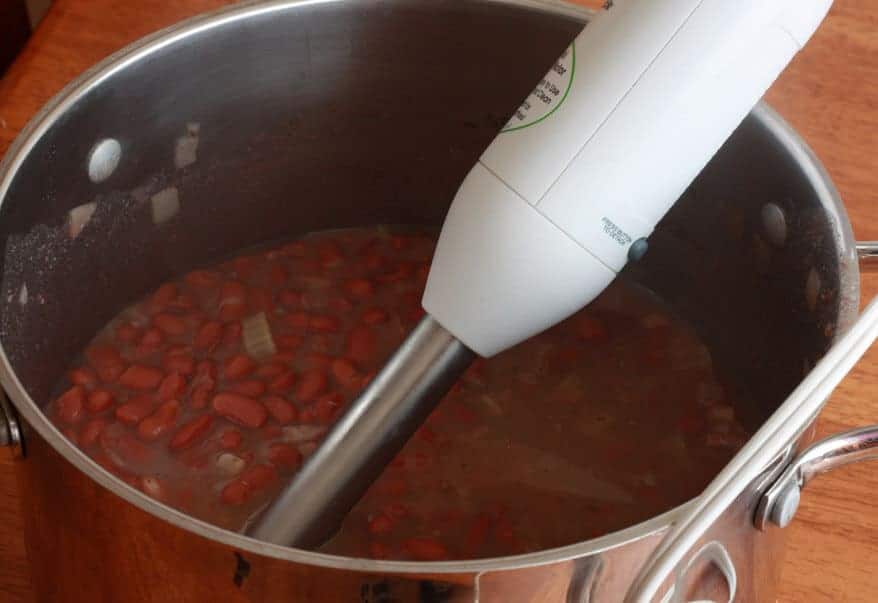 The end result will be a thick soup. 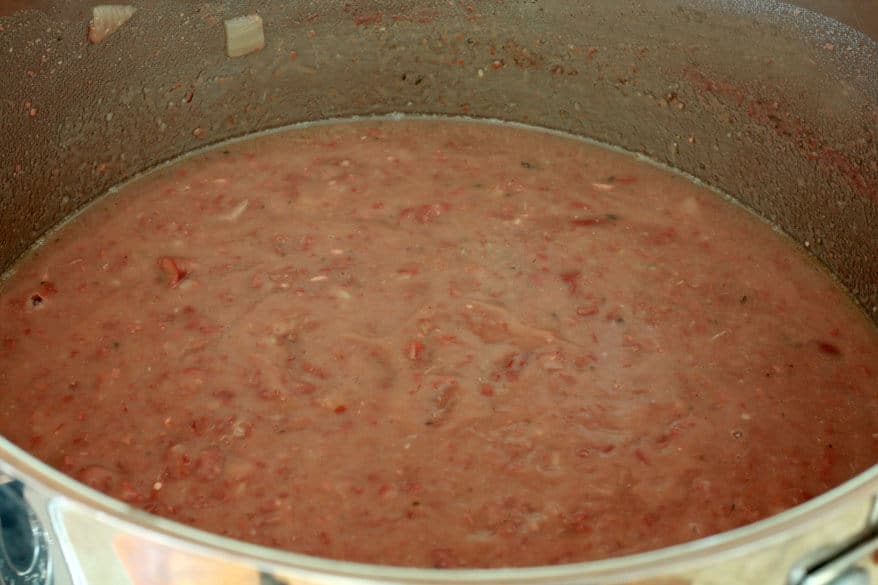 Add the shredded meat to the soup along with the beef bouillon cubes and hot sauce.  Bring the soup to a simmer, reduce the heat to low, cover and simmer for another 15 minutes, stirring occasionally.  Add salt to taste and more hot sauce according to heat preference. 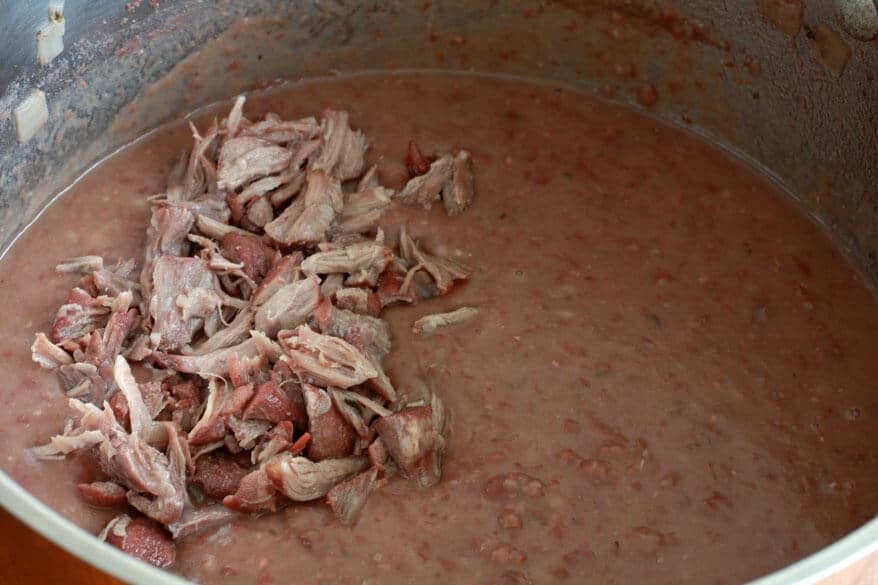 While the soup is simmering, slice the andouille sausage, about 1/4 inch thick slices. 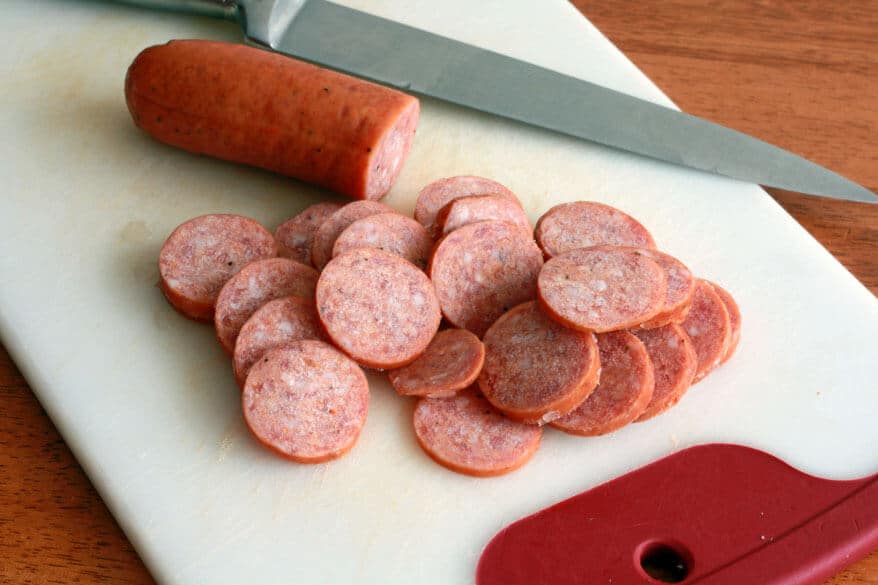 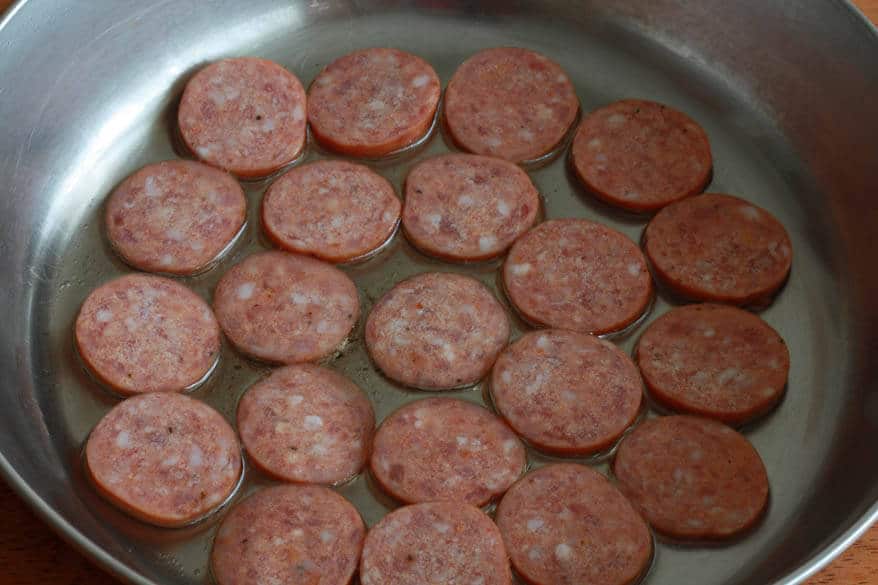 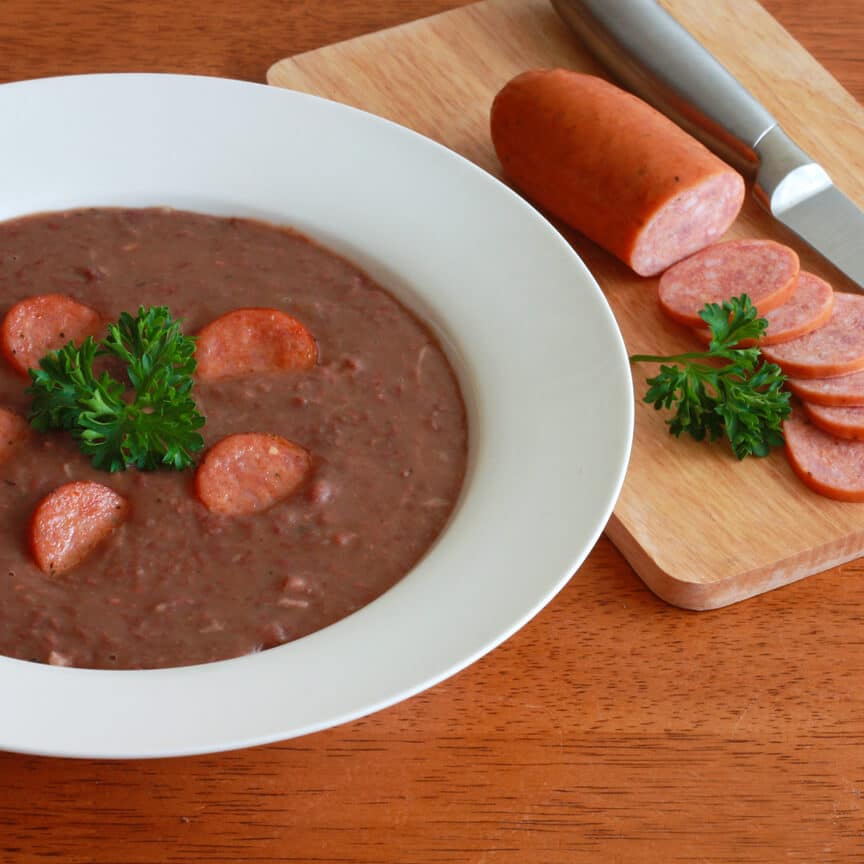