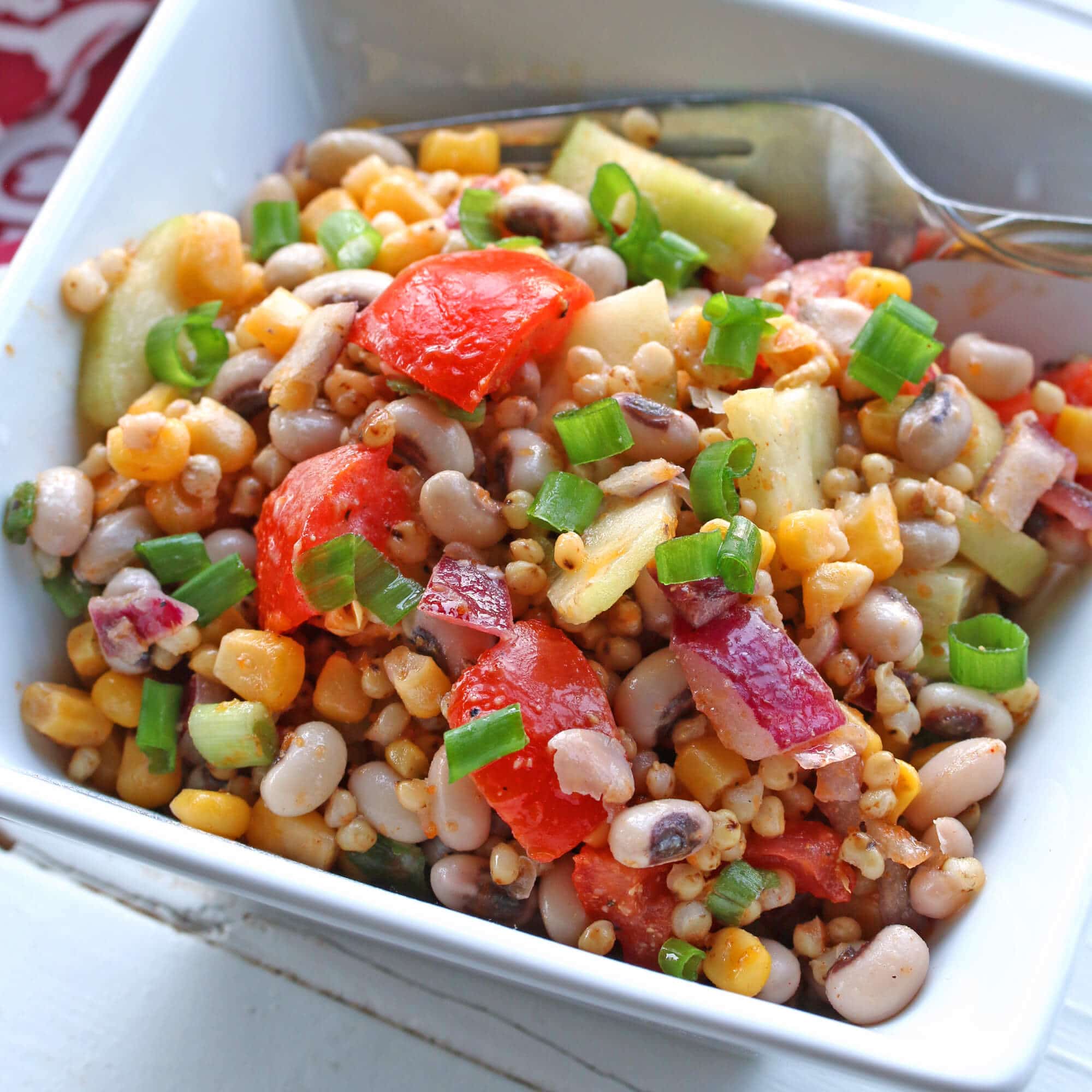 Sorghum is an interesting grain with a rich heritage and unique flavor.  Plus it’s something of a superhero crop because it’s one of the most efficient crops in conversion of solar energy, is environmentally friendly, requires less water than other grain crops and is drought-tolerant.  And it’s nutritious with a nutrition profile similar to raw oats and is gluten-free. See what I mean?  An all-around superhero grain.

Native to Africa, it was introduced to the United States during the early colonies and soon became a staple crop.  A variety of sorghum known as sweet sorghum was grown to make a sugar substitute called sweet sorghum syrup, and it became the predominant table sweetener throughout the U.S. for decades.  For generations it has been the traditional pancake syrup in the South.  By the early 1900’s the U.S. was producing over 20 million gallons of it per year!   That’s a lot of sweet sorghum syrup.

Sorghum is one of the top 5 cereal crops in the world and get this:  The United States is the world’s largest producer of sorghum!  Who knew?

And yet, unless you’re from the South, chances are you’ve never tried it and likely haven’t even heard of it.

So let’s change that, shall we?  And this Southern Sorghum & Black-Eyed Pea Salad is a delicious way to start!  It’s packed with vibrant veggies, is naturally gluten-free and vegan, and features a deliciously smoky vinaigrette! 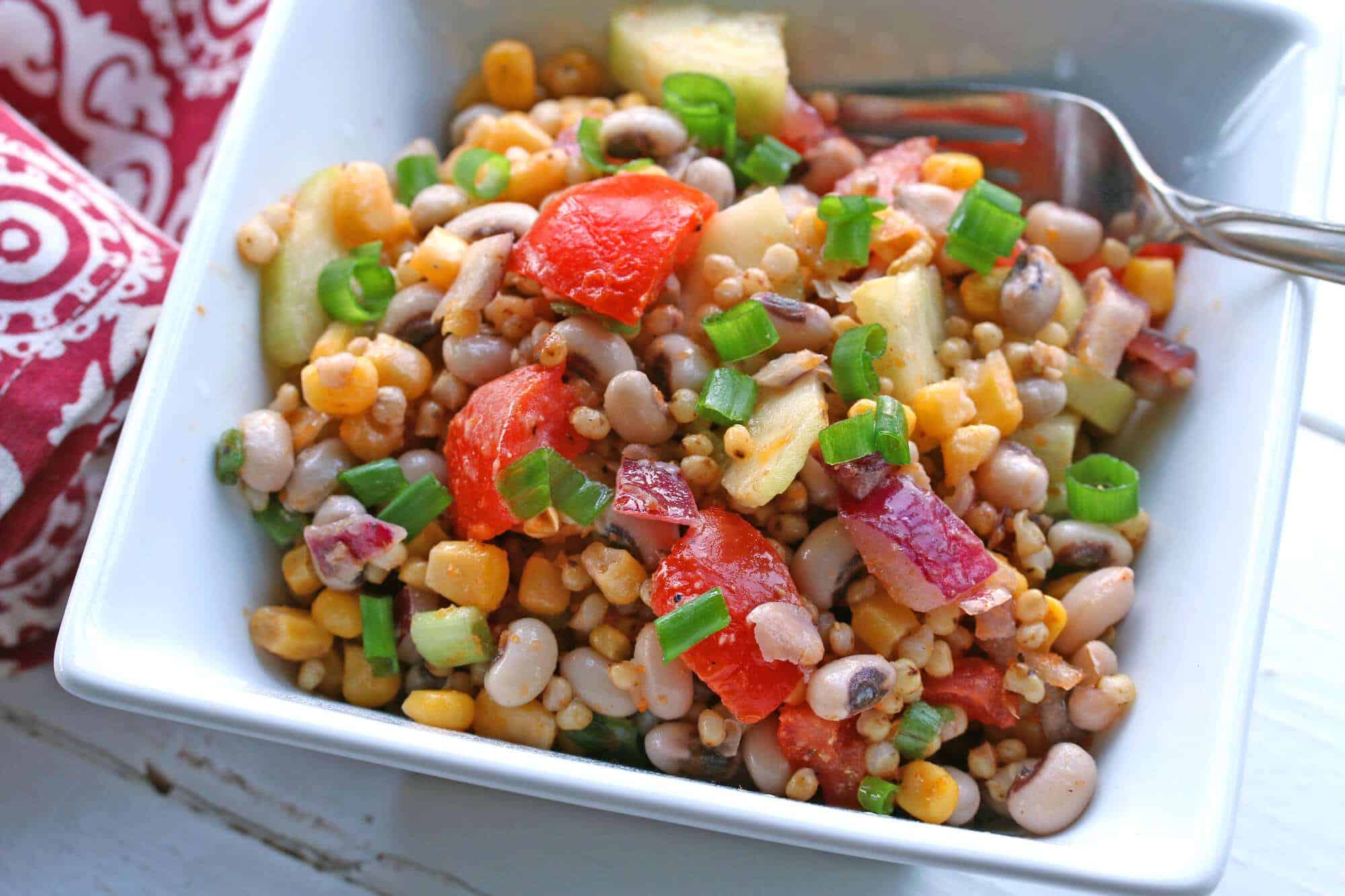 You can use either canned black-eyed peas or cook them yourself.  They’re easy to overcook and get mushy though so for something like a salad the canned versions are ideal.

Follow the package directions to cook the sorghum.  Just a heads up:  It takes a loooong time to cook. 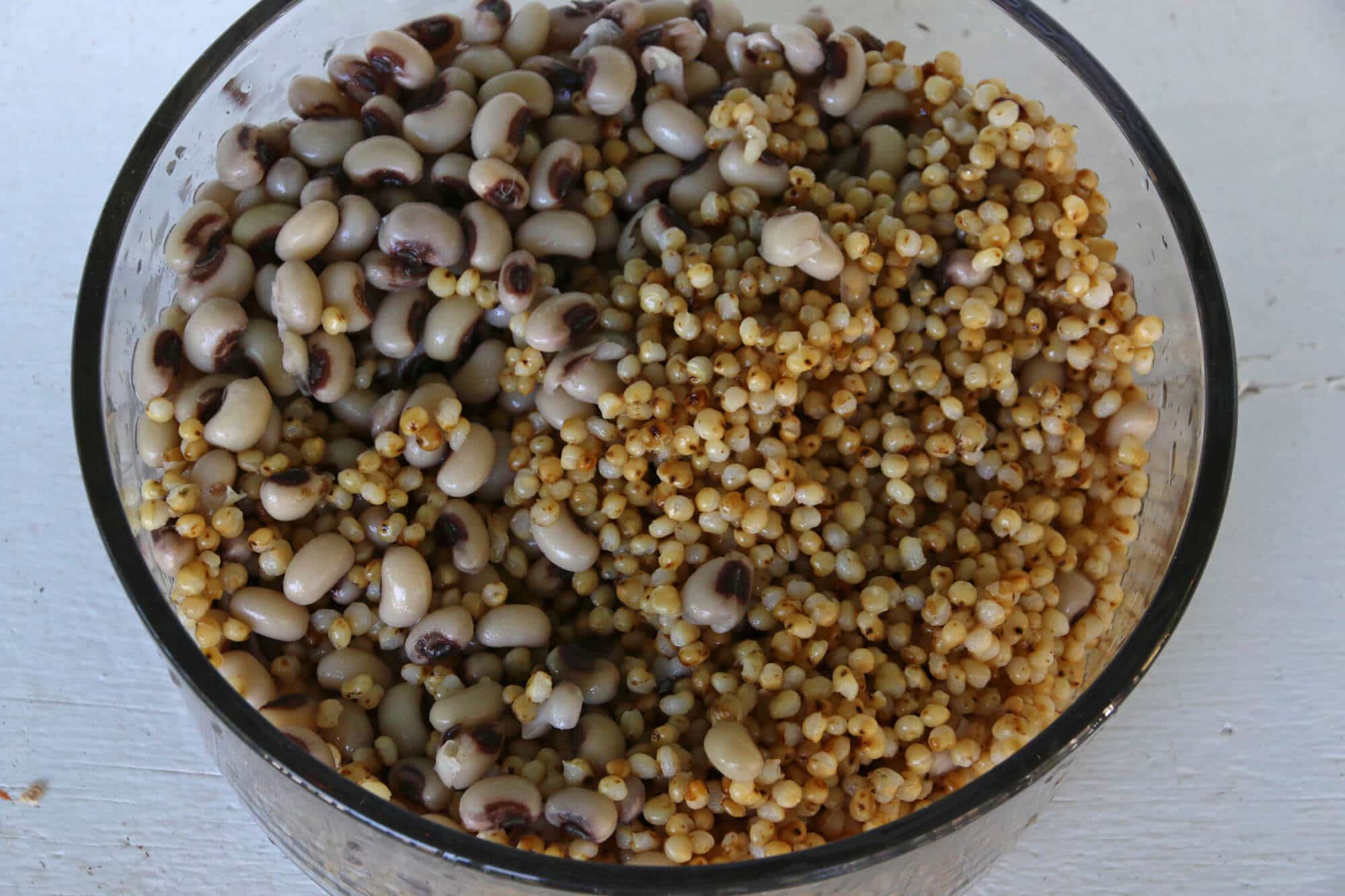 Prepare the vinaigrette by whisking the ingredients together in a medium-sized bowl. 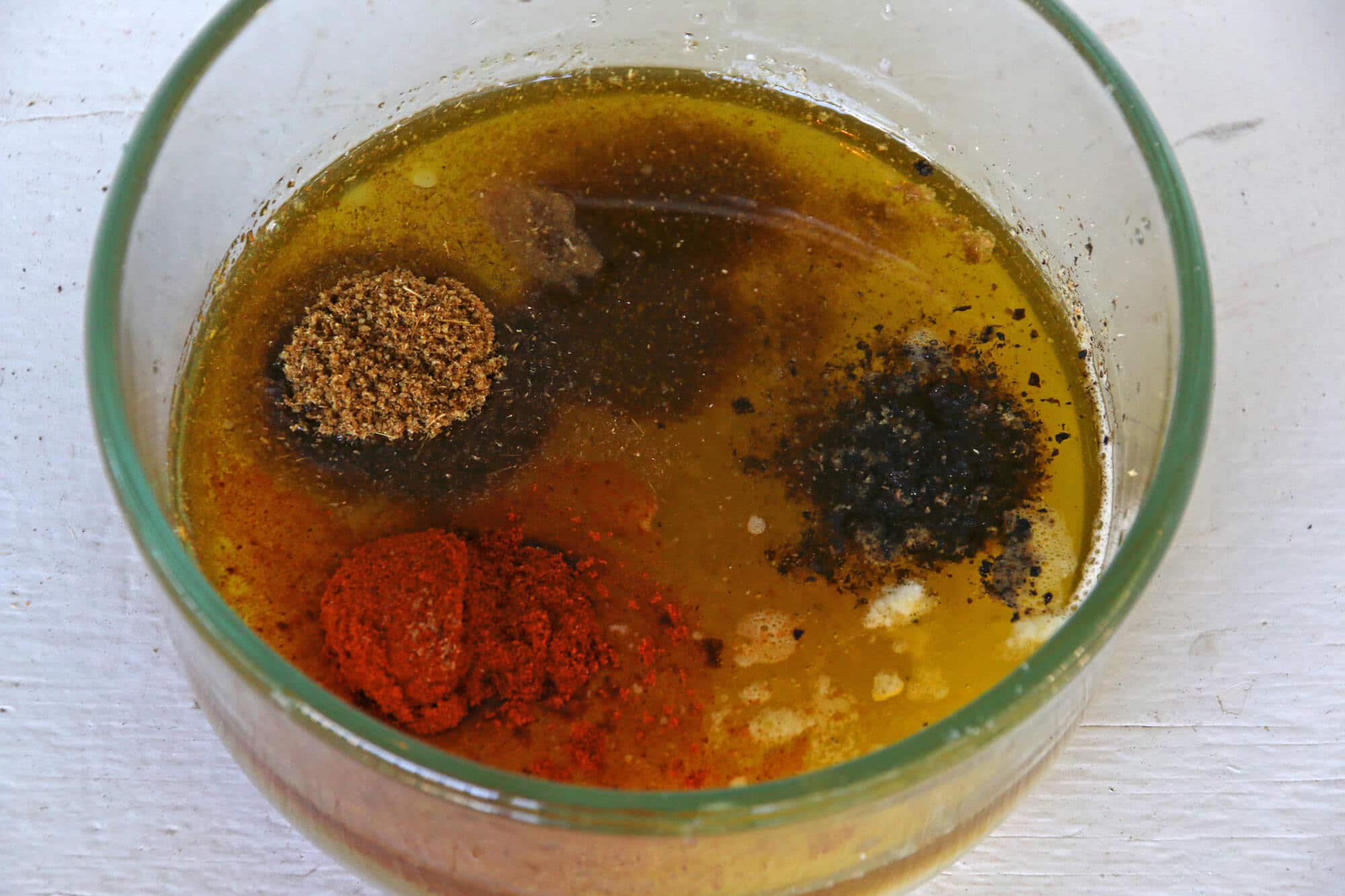 Place the black-eyed peas and sorghum in a large bowl along with the veggies.  Stir to combine.  Pour the dressing over the salad and stir to combine.  Cover and refrigerate for at least 2 hours before serving or overnight.  Serve cold or at room temperature. 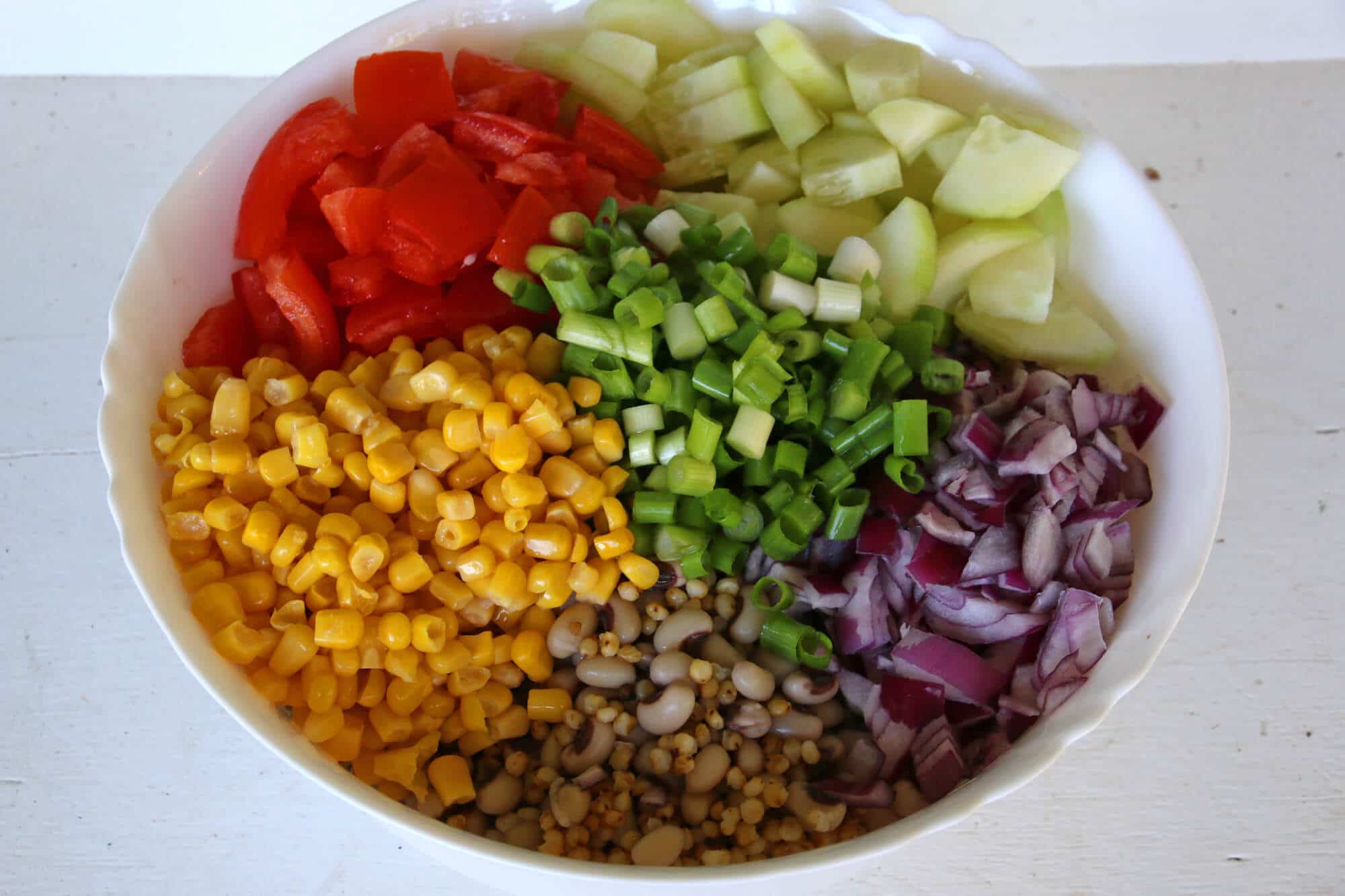 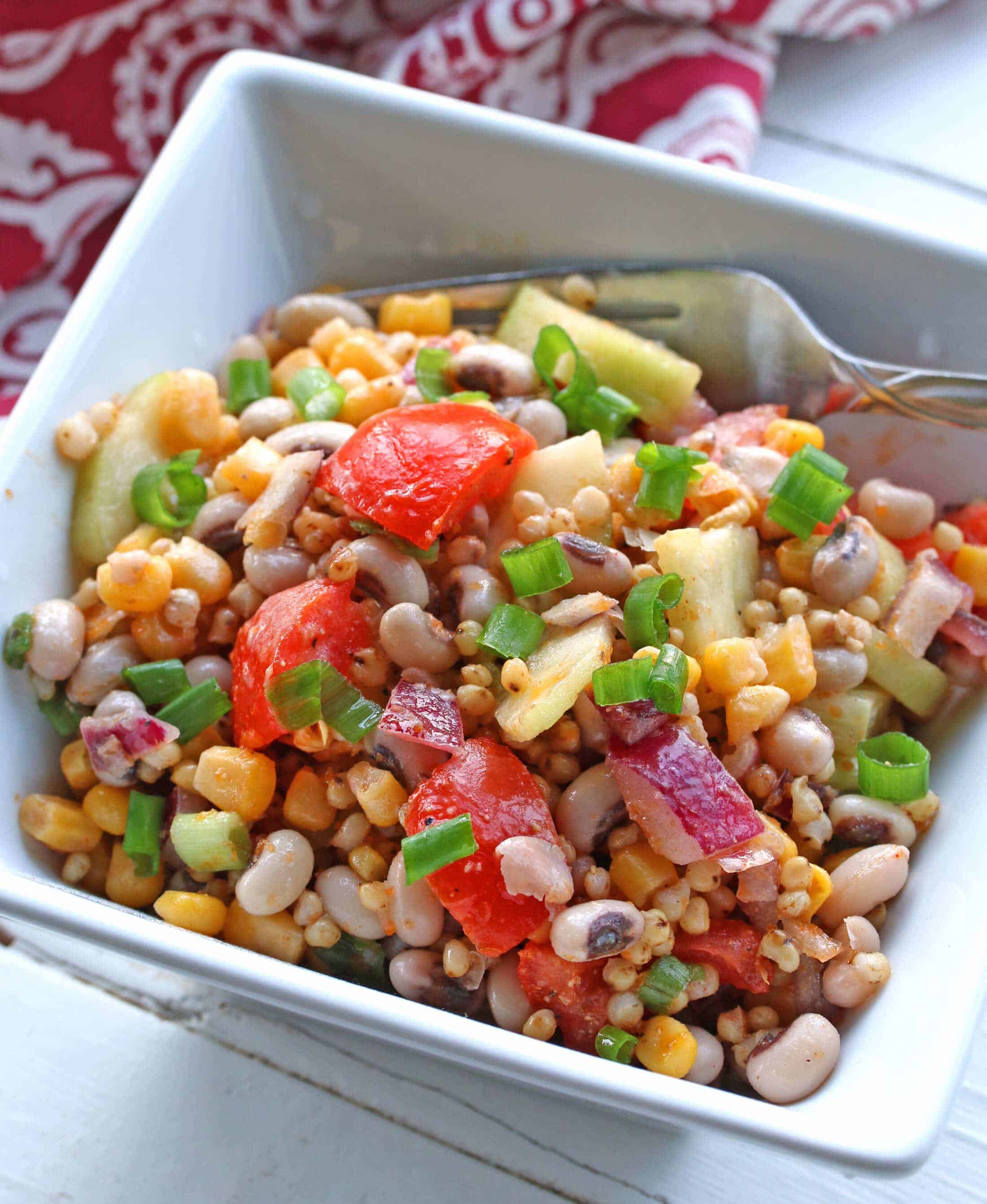 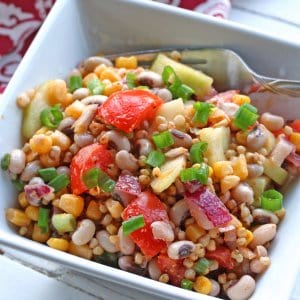