The famous open-faced sandwich made popular in Germany in the 1950’s, Toast Hawaii features ham, pineapple and Swiss cheese and is topped with a cherry or fruit preserves for a delightful sweet and savory flavor combo!

Toast Hawaii, also known as Hawaiian Toast, is a German dish that was made popular in the 1950’s.  It features ham, pineapple and cheese (traditionally Emmental or Gruyere) and is similar to America’s “Hawaiian Pizza” except that its base is toast rather than pizza crust.

Toast Hawaii is served as an open-faced sandwich with a cherry placed in the center or your choice of fruity preserves.  The combination of sweet and savory sandwich is also reminiscent of a Monte Christo sandwich and French croque-monsieur.

The dish was made popular by Clemens Wilmenrod, Germany’s first TV chef.  He was known for creating inventive recipes amidst the food scarcity of post-war Germany.  Toast Hawaii offered a touch of the exotic while being made with simple and accessible ingredients, e.g., bread, ham, cheese and canned pineapple in a time when fresh pineapple was nearly impossible to find.

This dish has remained popular in Germany ever since and can be found throughout Germany’s cafe’s and restaurants.

How to Make Toast Hawaii 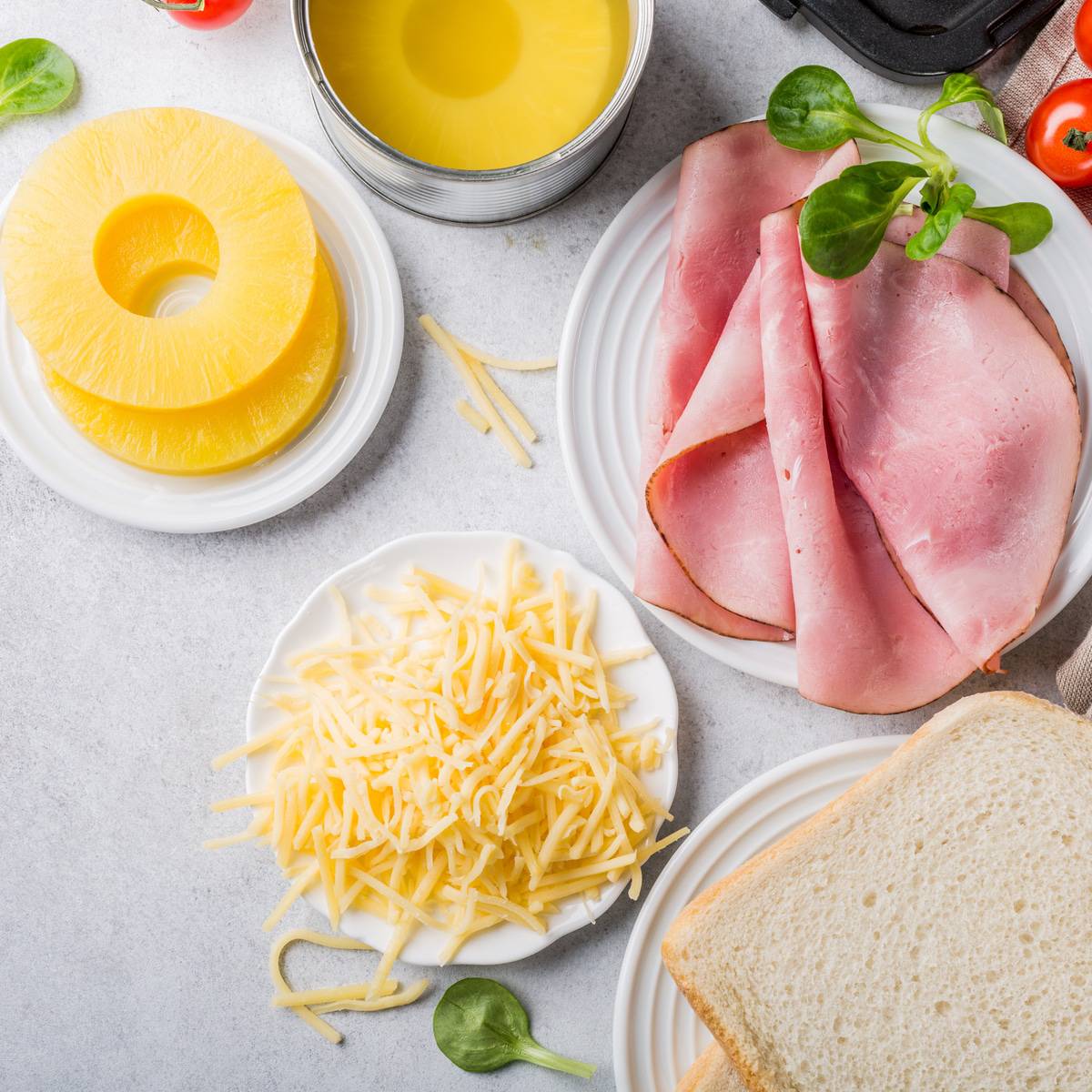 Then they’re baked in the oven until the cheese is melted.

The toasts are served with either a maraschino cherry placed in the center of the pineapple ring or a dollop of fruit preserves (cherry or cranberry are popular). 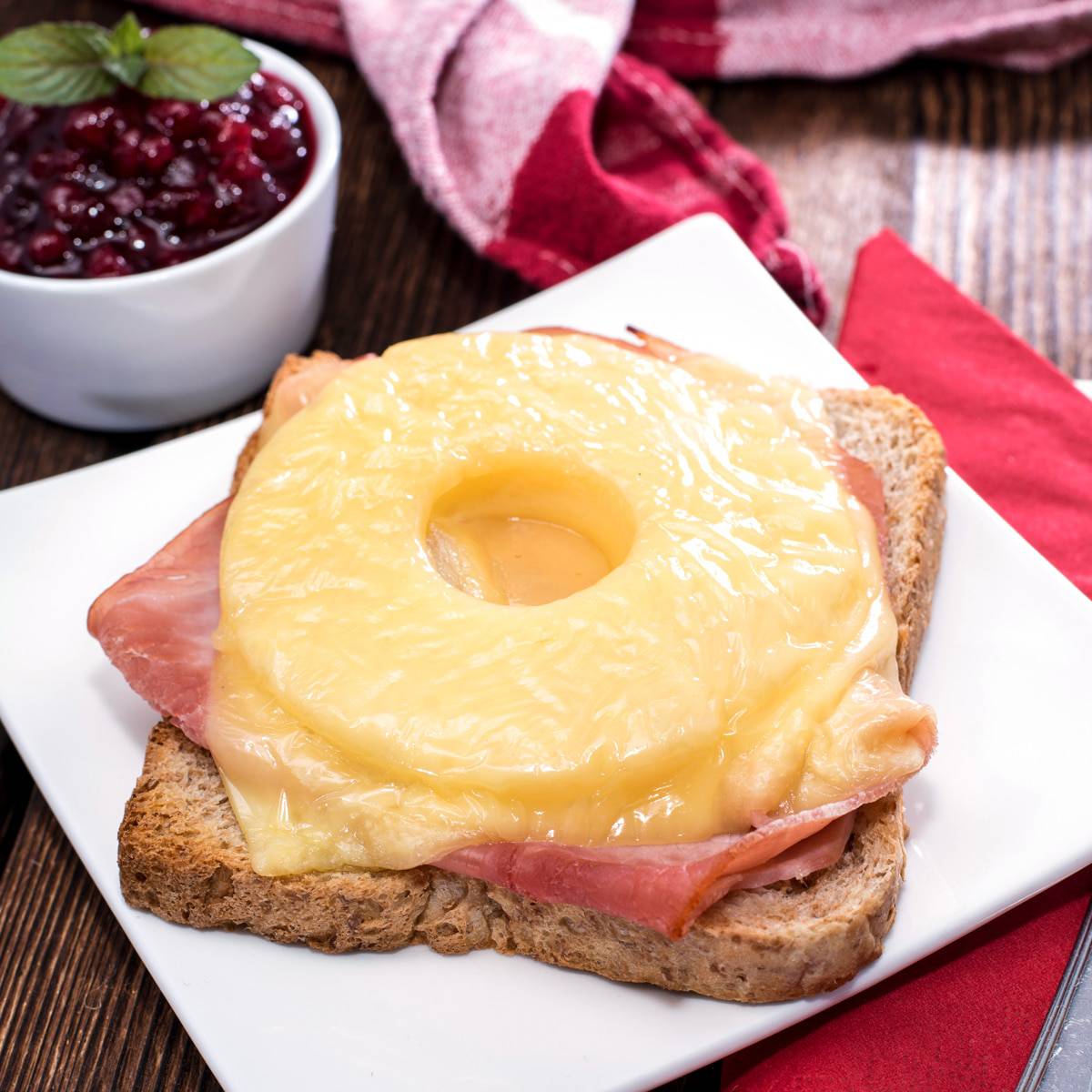 And that’s all there’s to it!

In less than 10 minutes you have a ready lunch or a light dinner made with pantry staples.

For a popular American “Hawaiian-Style” hamburger be sure to try our Banzai Burger! 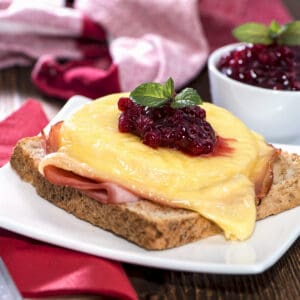