The term “hunter” is inspired by the German word for hunter, Jäger.  In Germany Jäger sauce is very popular, often served with a kind of Schnitzel known as Jäger Schnitzel; thin breaded veal cutlets fried and served with a dark mushroom sauce.  This recipe is for breaded fried pork chops and is accompanied by a creamy version of this popular German mushroom sauce.

Here’s how to make them:

Rub the pork with salt and pepper. 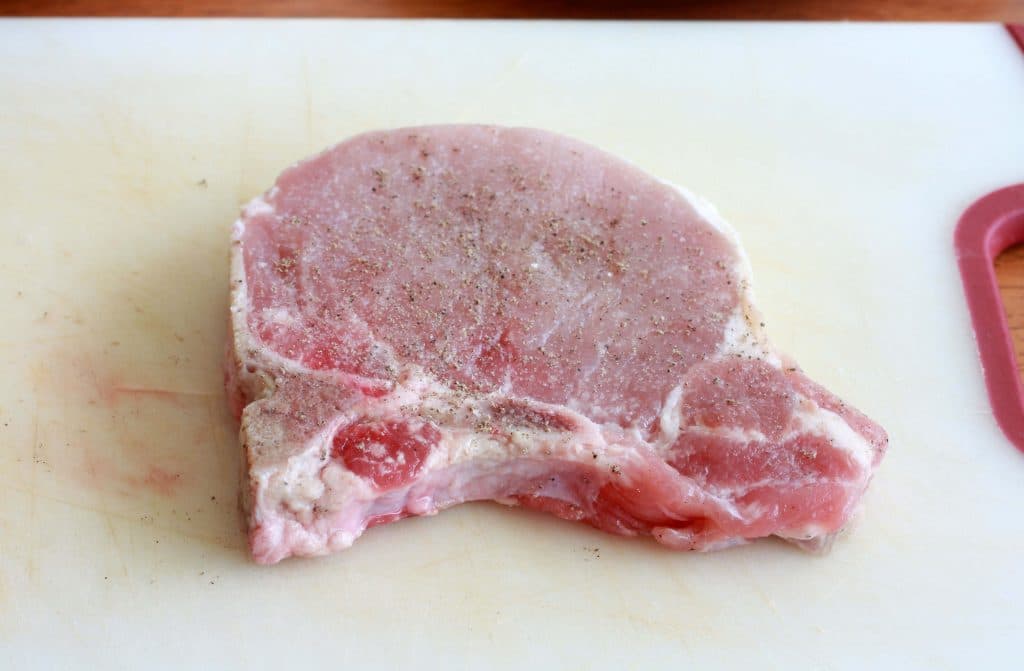 Fill a bowl with buttermilk and fill a plate with flour. 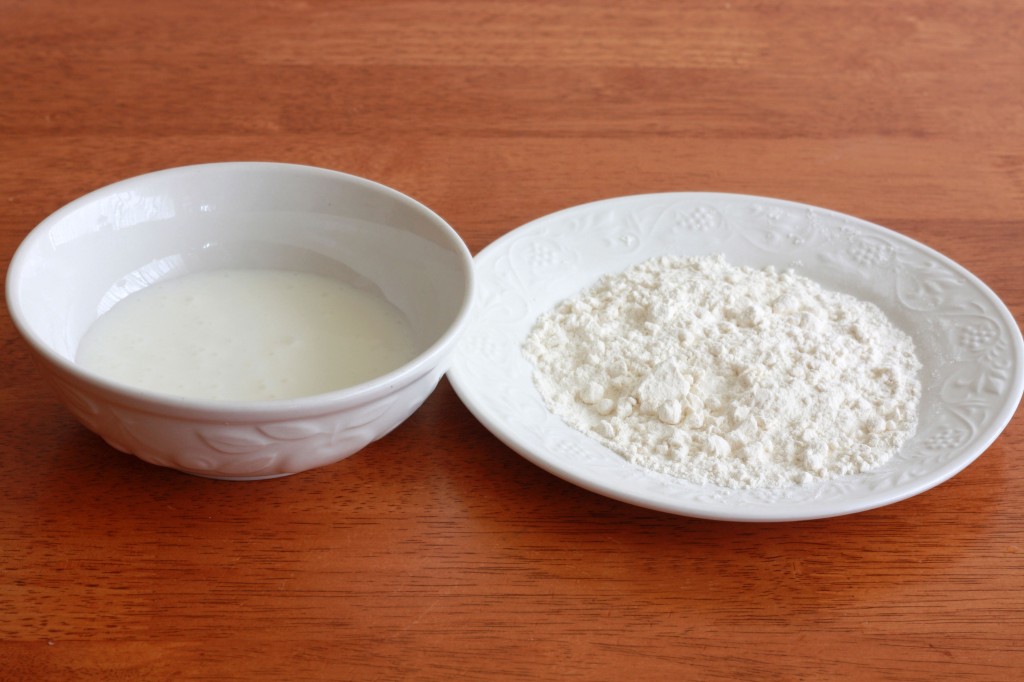 Dip the chops in the buttermilk and coat on both sides.  Let the excess drip off. 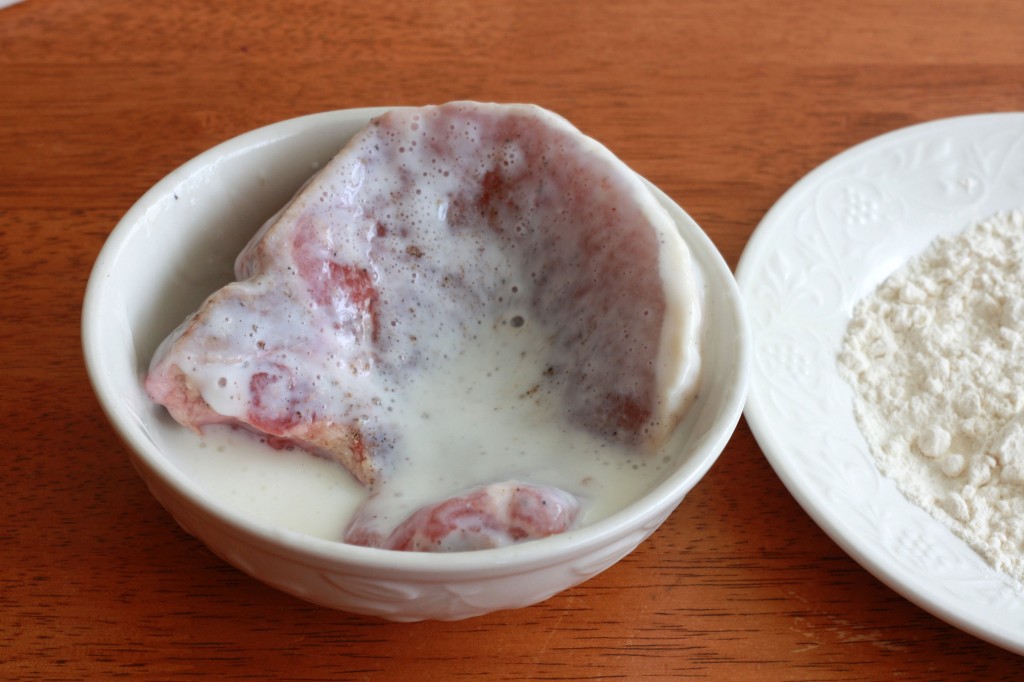 Dredge the pork chops in the flour, coating both sides.  Repeat the process, buttermilk then flour, for an extra thick breaded coating. 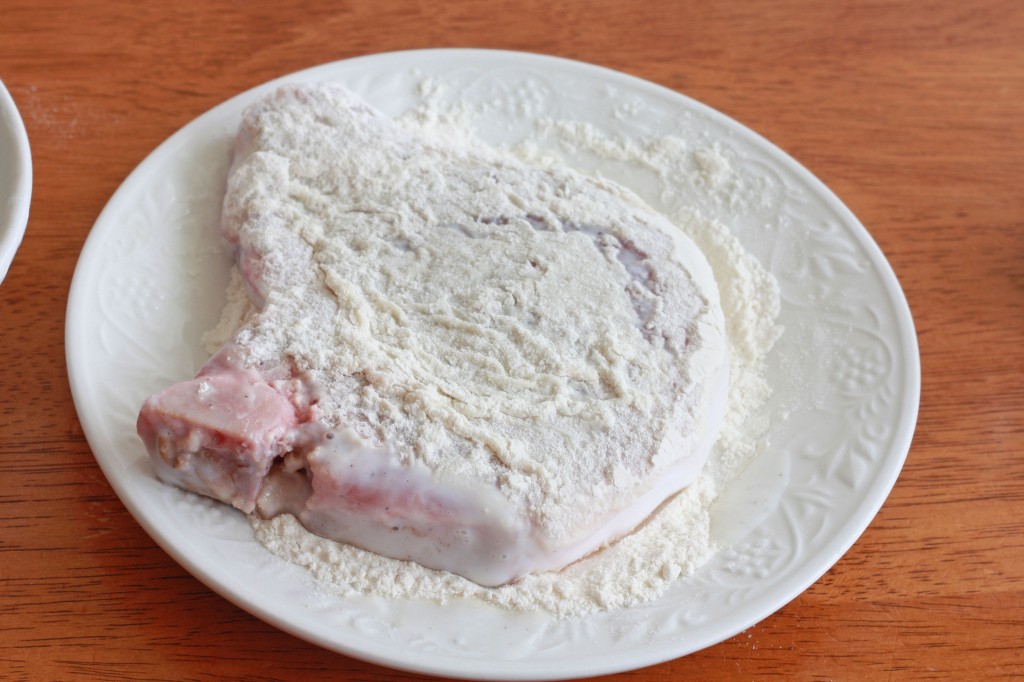 Heat some vegetable oil on medium high in a heavy skillet.  Once the oil sizzles when you flick a drop of water in it, place the pork chops in the skillet. 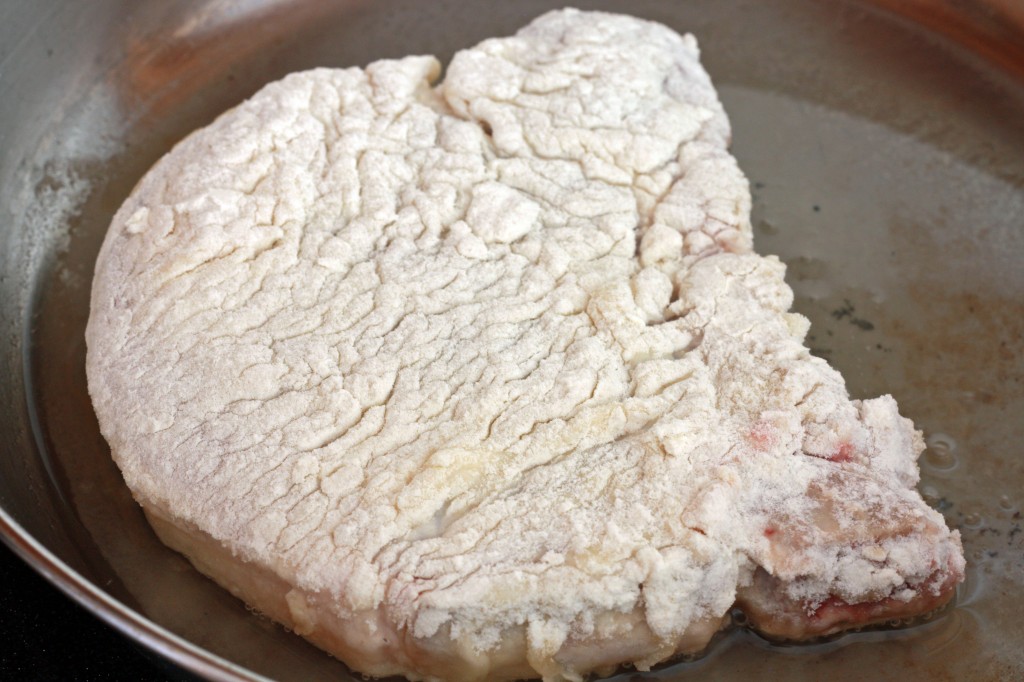 Brown the pork chops on both sides, about 3-4 minutes per side.  Remove the chops and set aside. 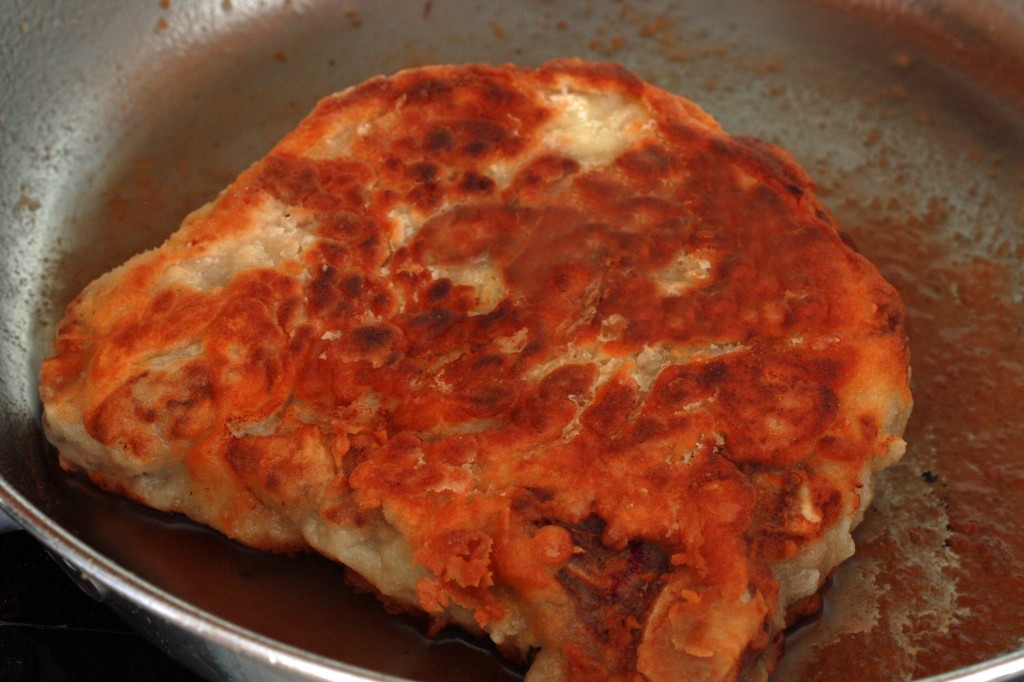 Drain all but a couple of teaspoons of the oil.  Melt the butter in the skillet, add the flour and whisk constantly for about 3-4 minutes, or until the mixture has become a rich caramel brown.  This step is absolutely crucial, because this is what will give your sauce that rich, delicious flavor. 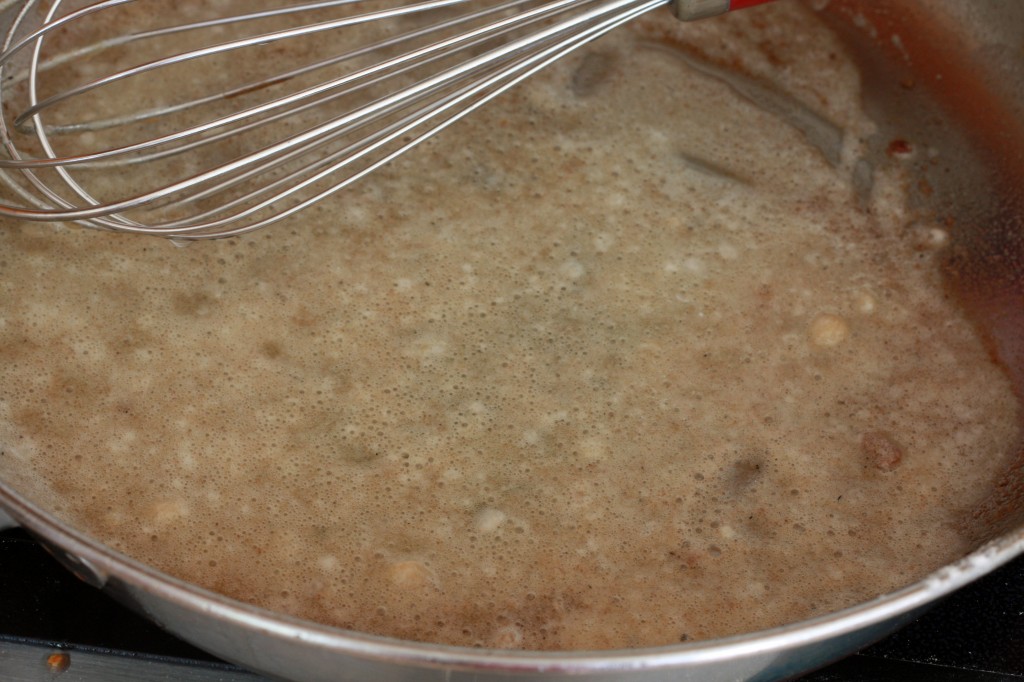 Add the milk, paprika and beef bouillon cubes and continue to whisk to combine until the sauce begins to simmer and thicken. 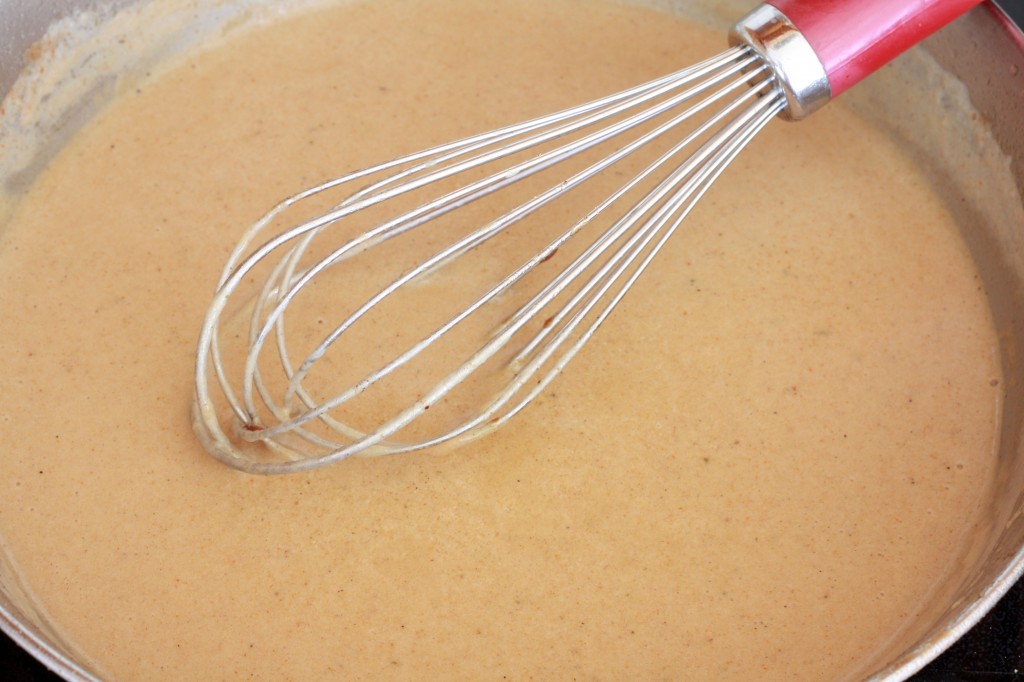 Add the sliced mushrooms and stir to combine.  Let the sauce simmer for another 4 minutes, stirring occasionally. 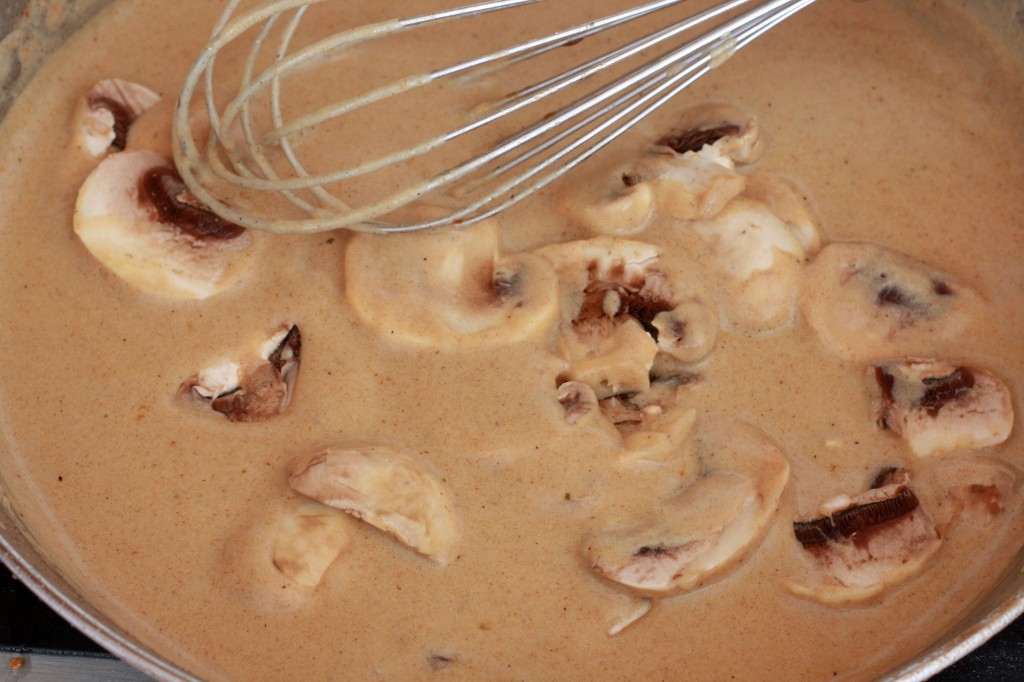 Nestle the pork chops in the sauce, the tops remaining exposed.  Cover, reduce the heat to low, and simmer for 10-15 minutes or until the pork chops are no longer pink in the middle.  While the chops are simmering, occasionally give the sauce a stir to prevent burning. 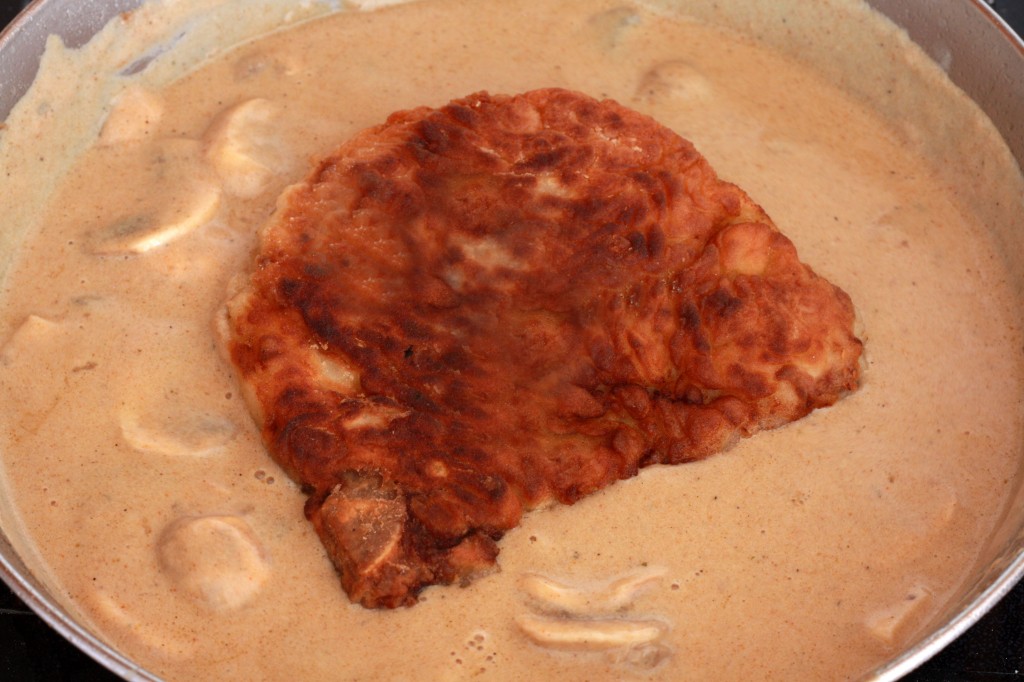 Place the chops on individual plates and spoon the sauce over them.  Serve immediately. 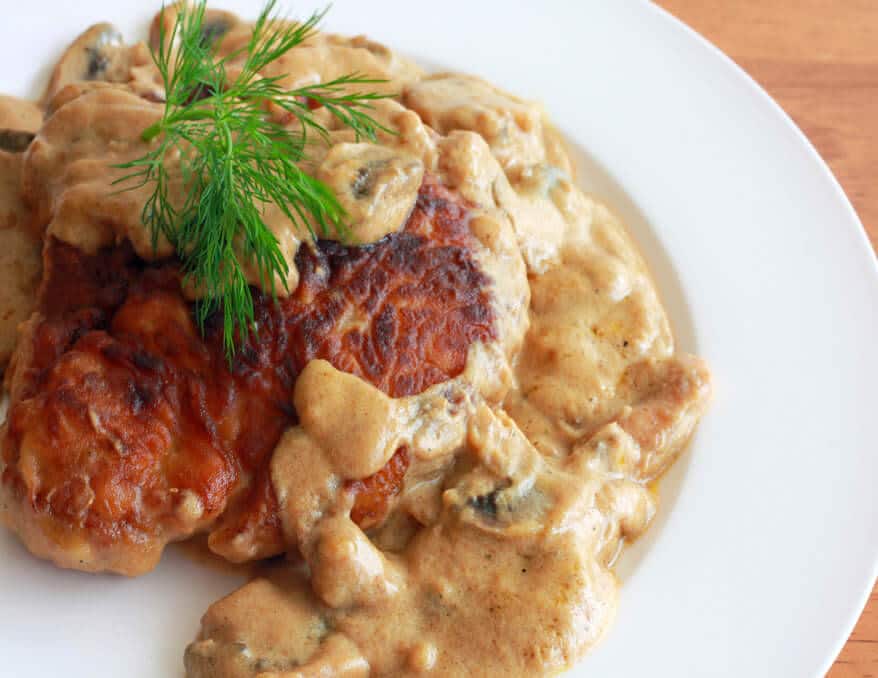