As an Amazon Associate I earn from qualifying purchases.
96shares
Jump to Recipe Print Recipe 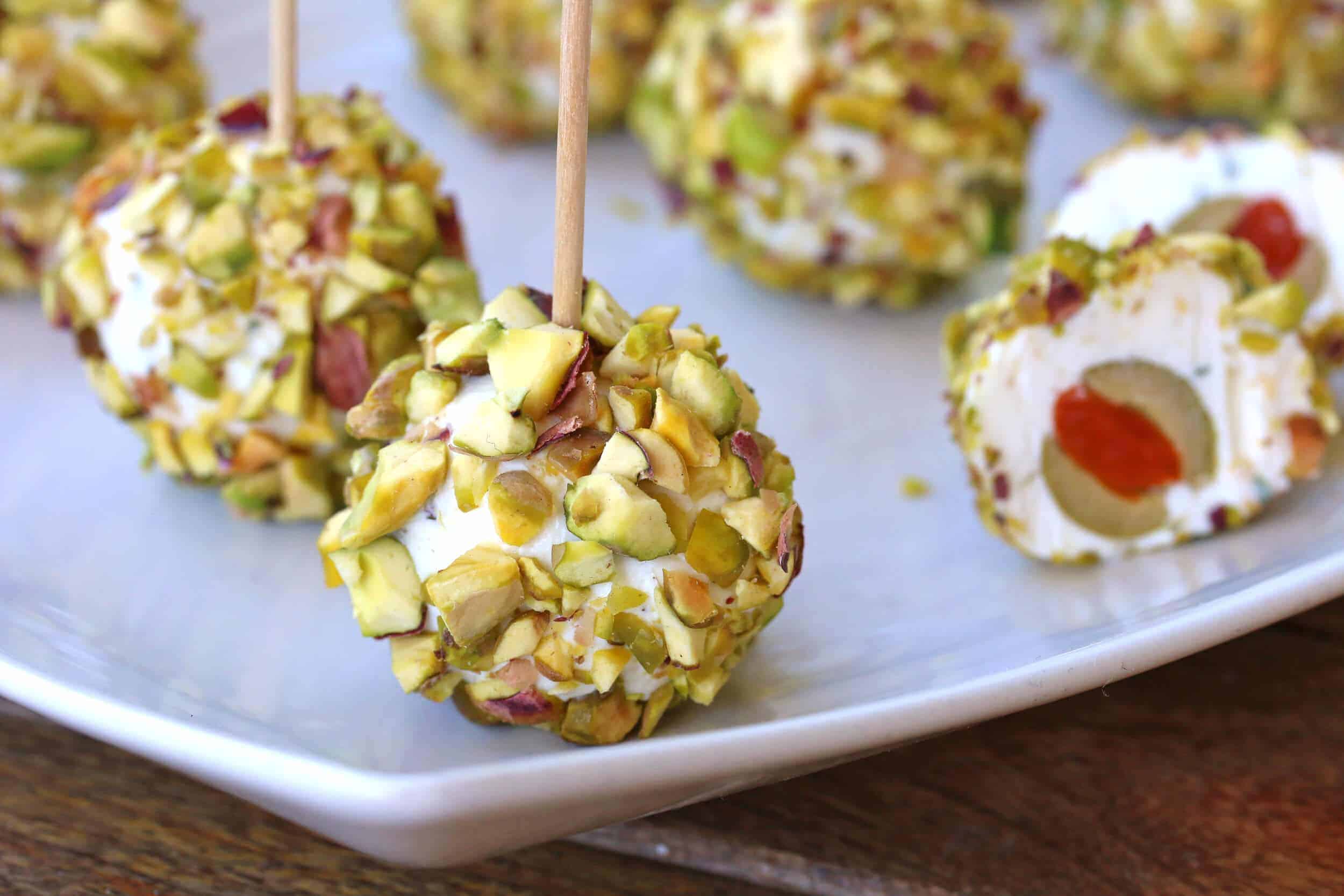 Have you been to California?  Where did you go and what were your favorite attractions?

We’ve been several times, covering most areas from north to south, and it certainly is a beautiful state with an endless selection of things to do, see and taste.  In fact, we’re heading down there again next month to San Diego for a family vacation to give our kids some beach time and check out several of its major attractions.  And of course we’ll be getting our fill of some great food.

In today’s dish we’re celebrating some of the flavors of California.  These tasty cheese balls are not only delicious but they’re fun to make and even more fun to eat.  With several layers of both flavors and colors, as you bite into each cheese ball you reveal the vibrant red center of the red bell pepper encased by the green olive enveloped in yellow and green-flecked white goat cheese and rolled in another layer of green pistachio nuts. 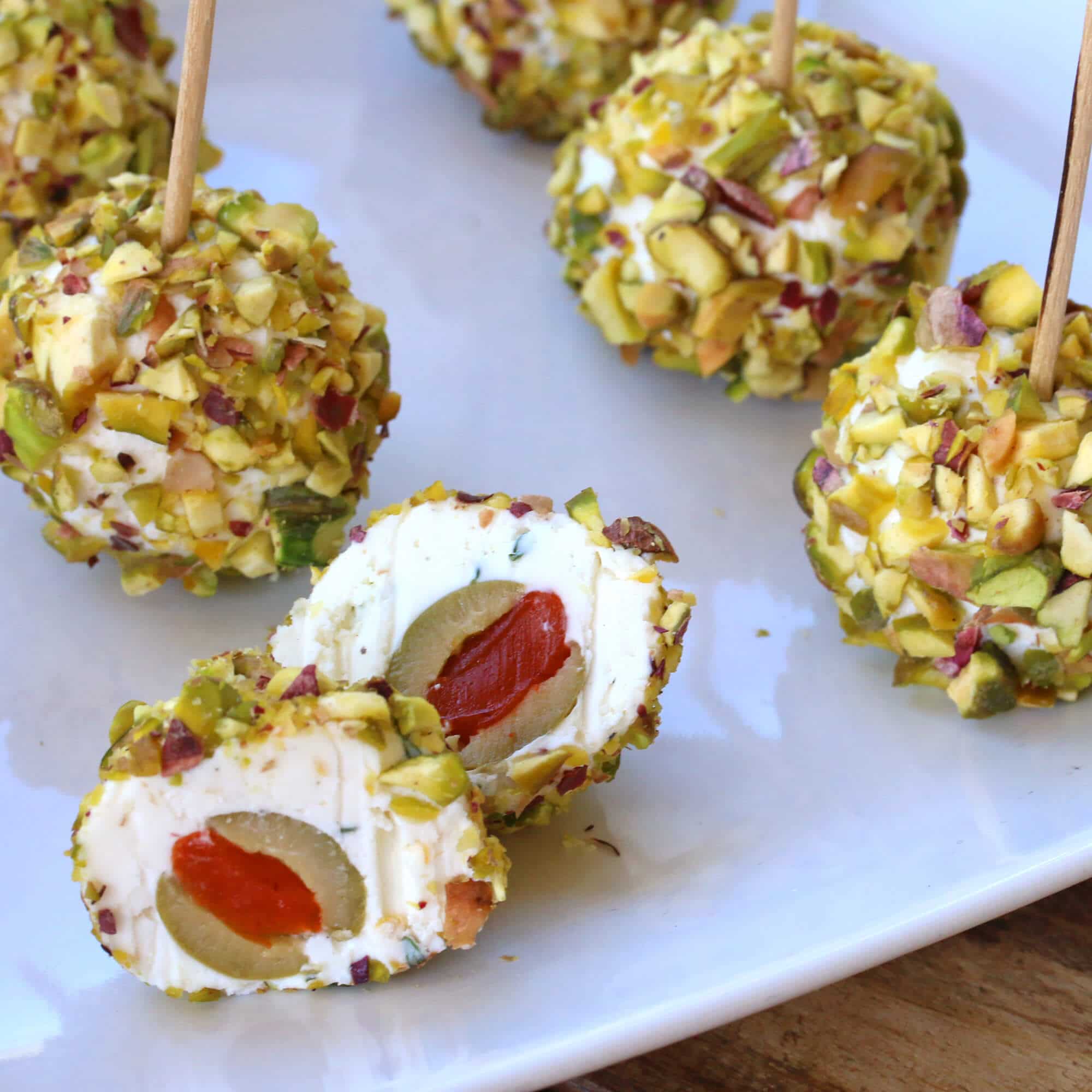 Perfect for any occasion, whether as hors d’oeuvres at a dinner party, an appetizer at a special gathering, cocktail party food or for a casual game night, these Pistachio Lemon Cheese Balls with Basil & Olives are sure to be a hit!

Let’s take a closer look at the ingredients in these cheese balls that have become synonymous with Californian cuisine. 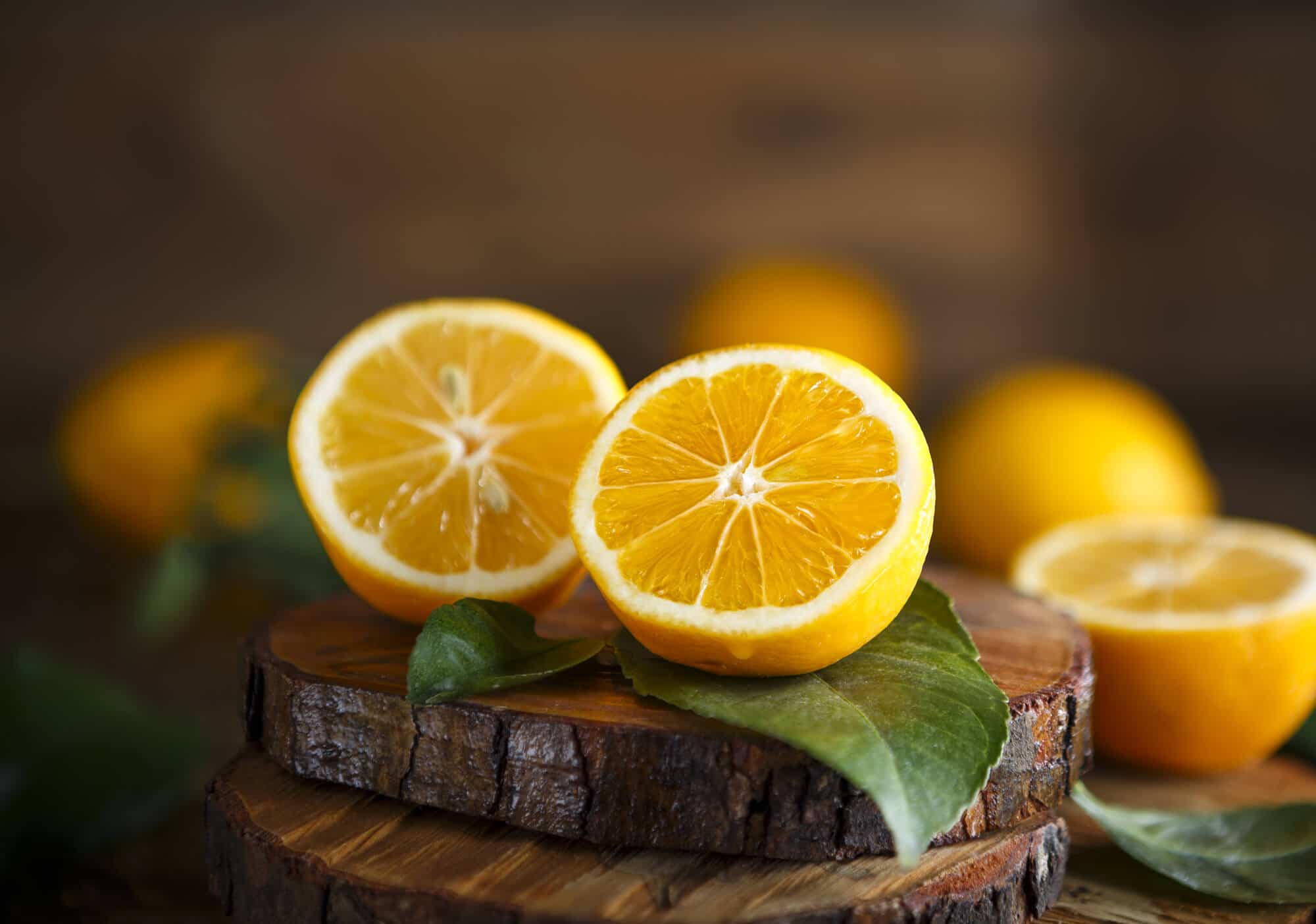 Meyer lemons are a citrus fruit native to China and thought to be a cross between a mandarin orange and lemon.  They were introduced to California in 1908 but really didn’t begin taking off in popularity until the California cuisine revolution of the late 90’s.  Meyer lemon fruits have a wonderful and more complex fragrance than regular lemons and also have a less acidic and much sweeter flavor.  In fact, they’re sweet enough that raw segments of Meyer lemon are commonly enjoyed in salads and desserts. 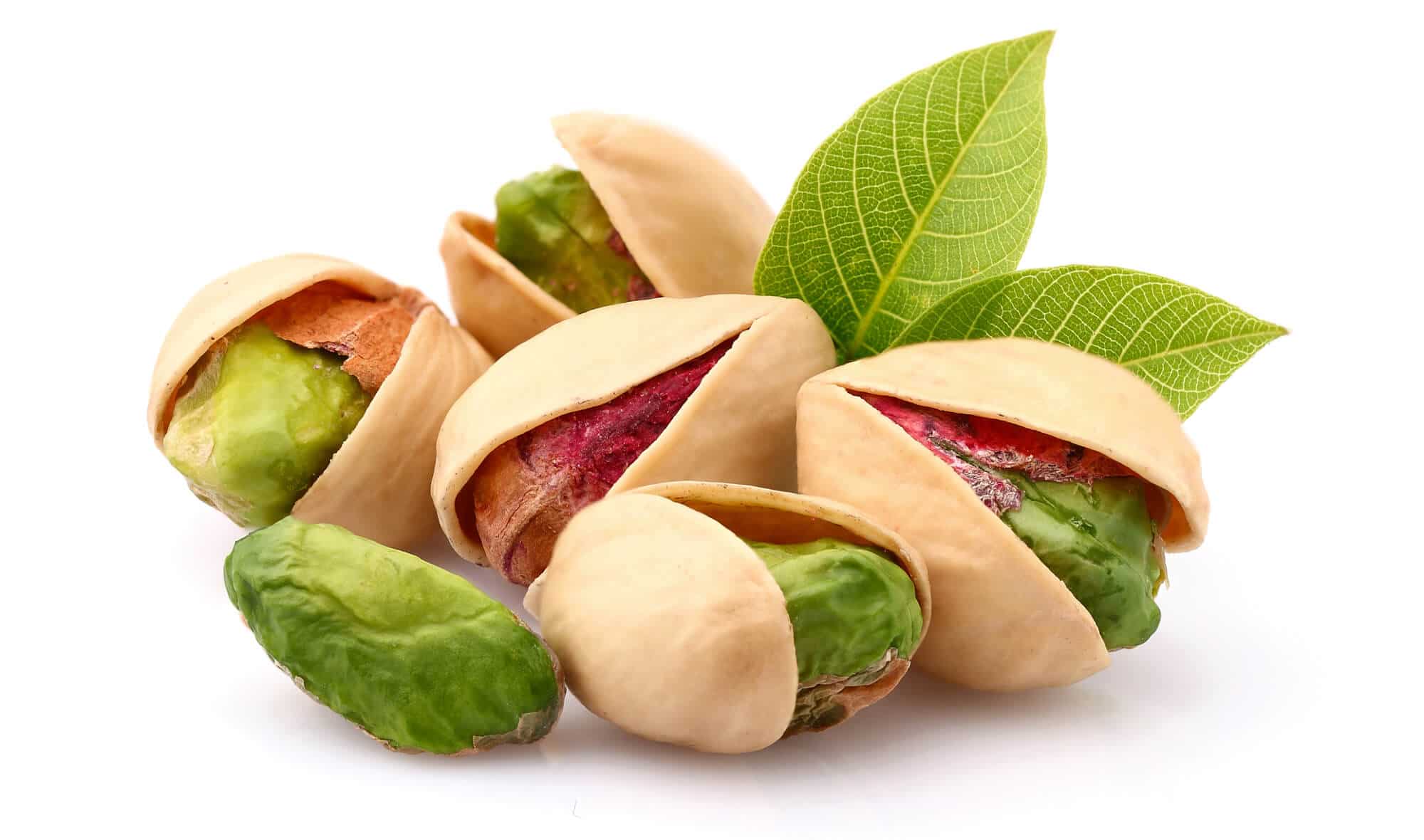 Archeology shows that pistachios were a common food as early as 6750 BC.  They were first introduced to the U.S. in California in 1854 as a garden tree but it wasn’t until several decades later that they were promoted as a commercial crop.  Now 99% of all pistachios in the U.S. are grown in California.   Its first commercial crop in 1976 was 1.5 million pounds (680 tons).  Fast forward to 2012 and its crop weighed over 550 million pounds!  Needless to say, California is a major exporter of pistachios all over the world. 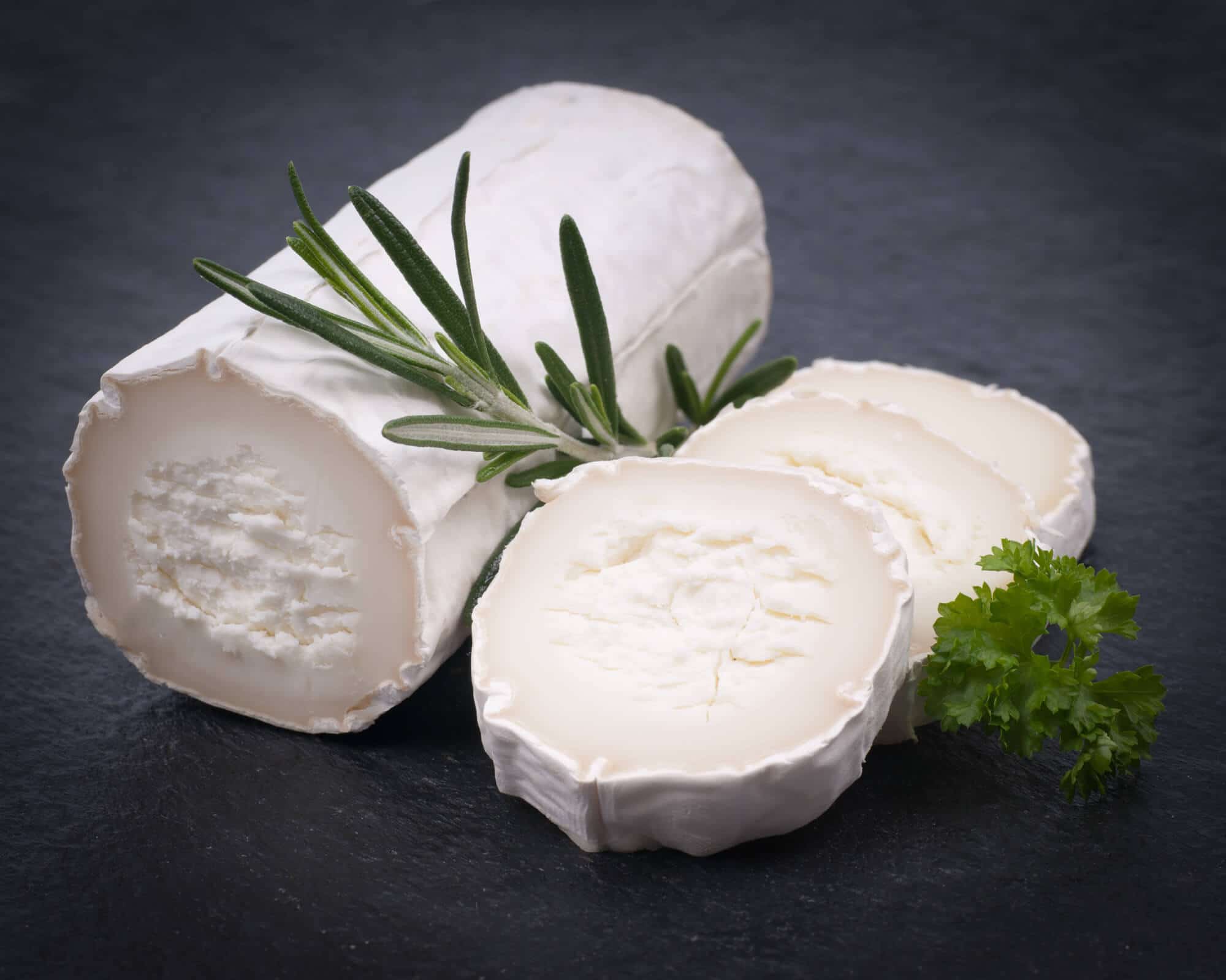 California’s place in the cheese-making world has become firmly solidified with its reputation for excellent cheeses with several local producers specializing in goat cheese.  Its tangy, earthy flavor provides a wonderful complement to the bright notes of the Meyer lemons. 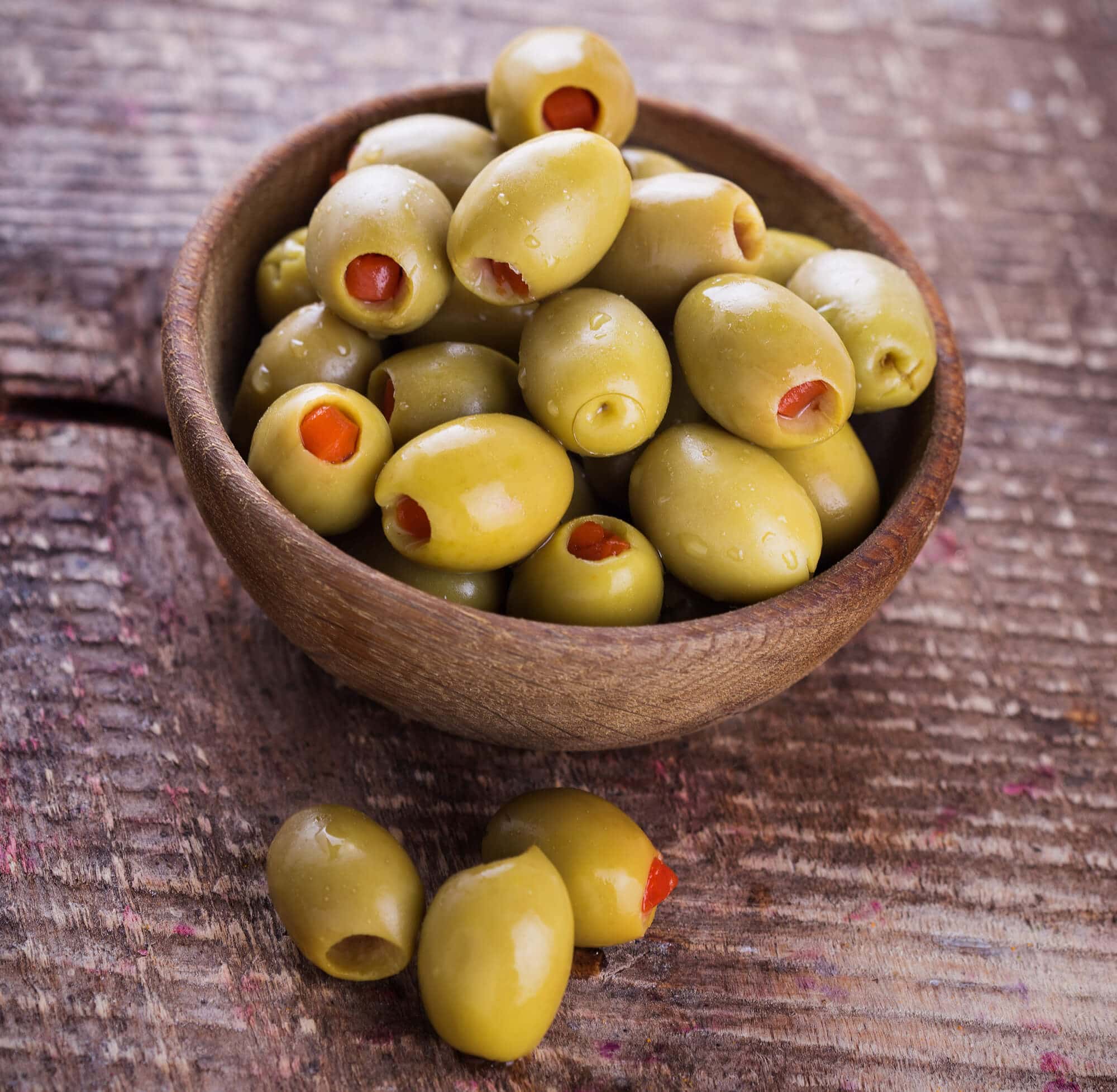 Olives have a long history in California and 99% of all olives in the U.S. are grown in California.  But did you know that olives are not native to the area, or even to this continent?

The Greeks brought the olive to Spain and from Seville the first olive seedlings were brought by ship to Peru and Argentina in the 1550’s.  From there they made their way up the Pacific coast to Mexico and Spanish missionaries brought them to California for the first time in 1769 to a mission in San Diego.  Olive orchards were then planted in several Spanish missions across California. 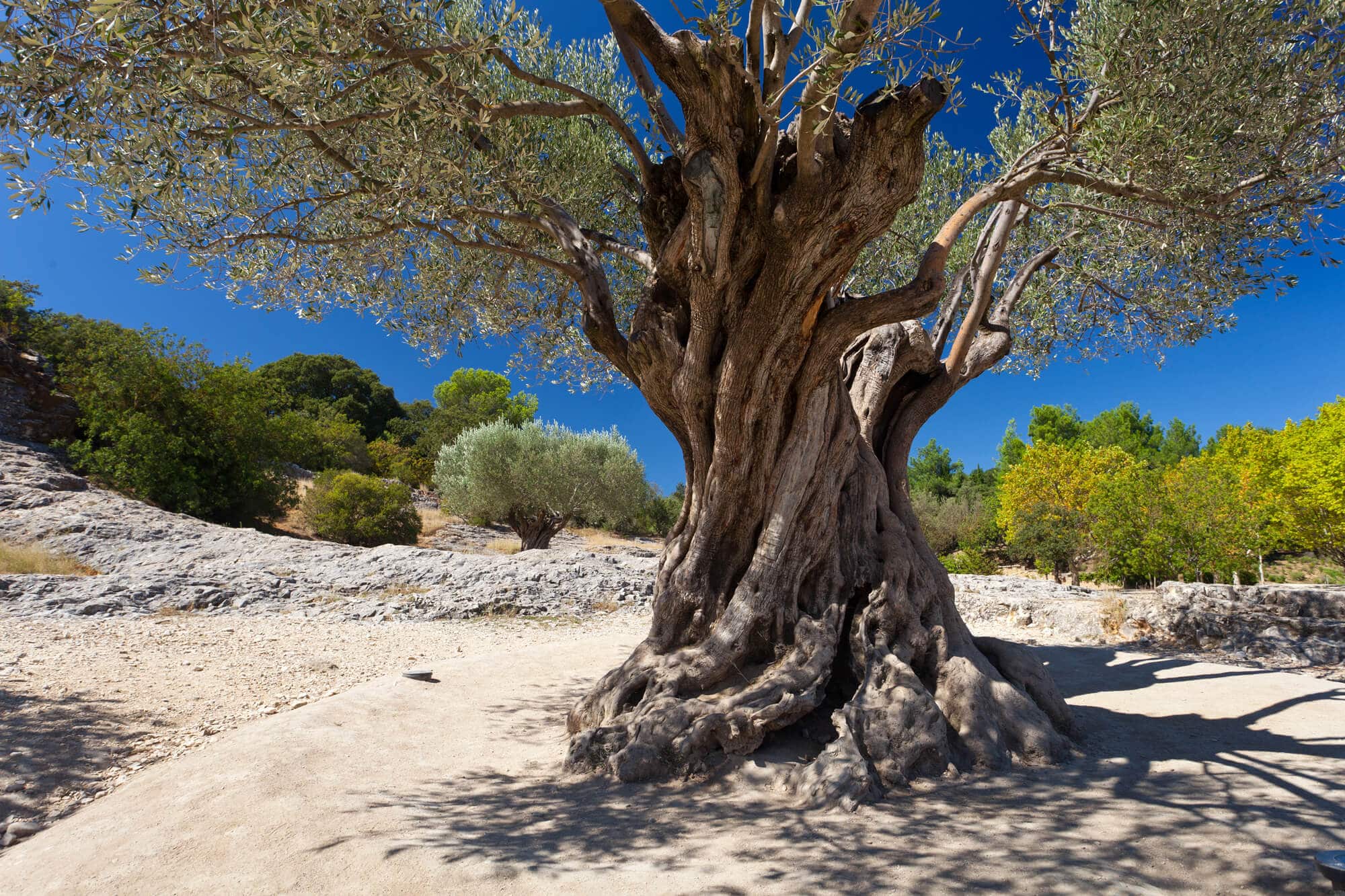 But it wasn’t until the 1900’s that olive growing became commercial in California.  Two early pioneers in the California olive industry were brothers Arthur and Henry Bell.   They purchased an olive grove in Orange Cove, CA and started distributing olives to various olive processors throughout the state.  Their business expanded and they started canning, distributing and marketing their own olives.

The Bell brothers were later joined by Arthur’s stepson, Daniel Carter, and the company became known as Bell-Carter.  They eventually acquired the Lindsay brand and continued to grow more successful with each decade.  Today Bell-Carter is the largest table olive processor in United States and the 2nd largest in world.  And this year Lindsay is celebrating its 100th anniversary!

And with that let’s move on to our California-inspired olive-stuffed cheese balls! 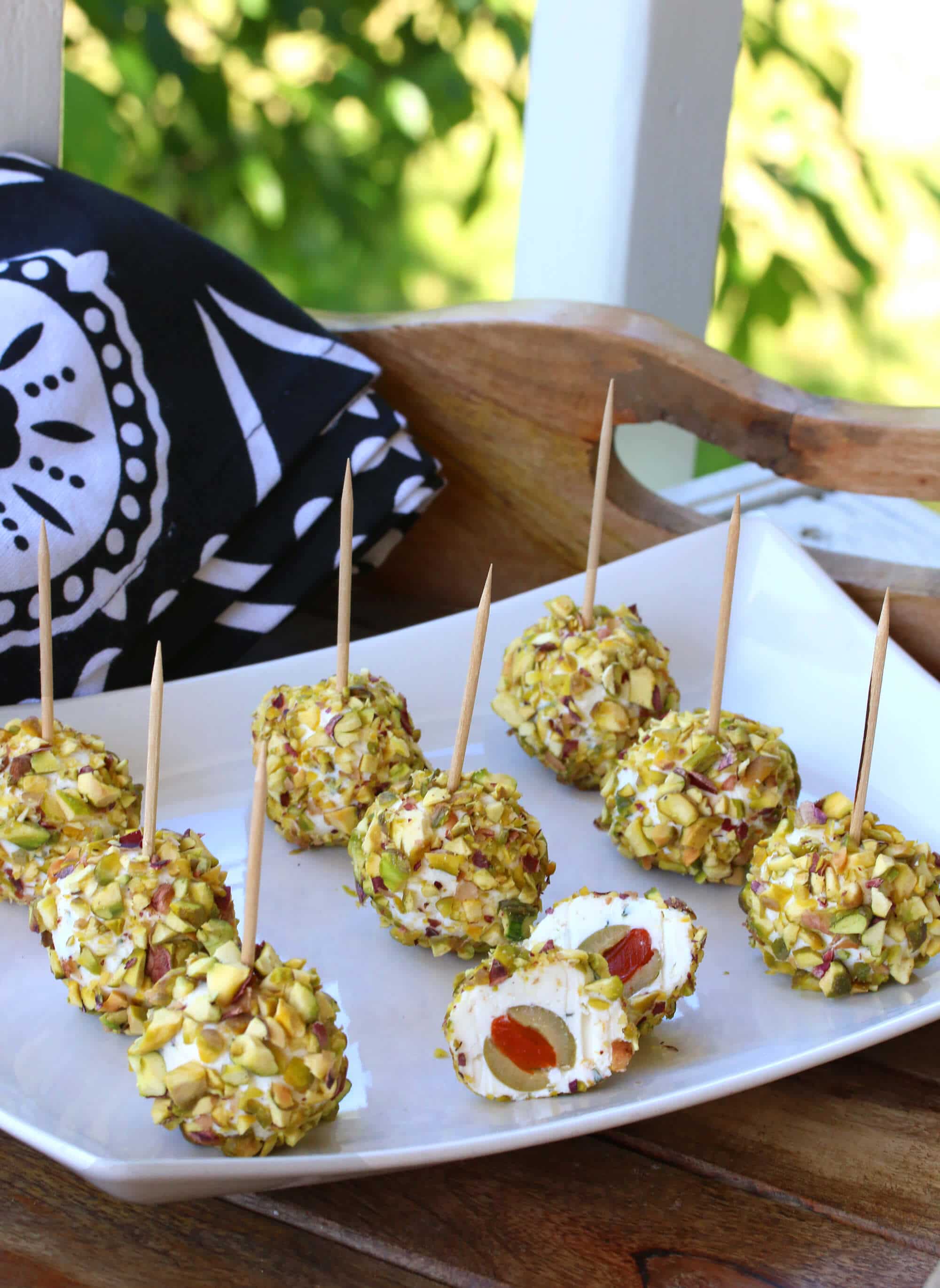 We’re using Lindsay’s Naturals Manzanilla Olives that are stuffed with real bell pepper (not the formed and shaped jello stuff that’s often passed off as peppers or pimientos).  The Naturals line of olives are my favorites from Lindsay.  They’re made with nothing but sea salt and water and have a wonderfully mild flavor.  The stuffed Manzanillas are the perfect choice for these cheese balls because of the beautiful combination of red and green when you bite into them.

These cheese balls are a great time saver because they can be made well in advance and then simply pulled out of the fridge for a few minutes before serving to slightly soften up the cheese. 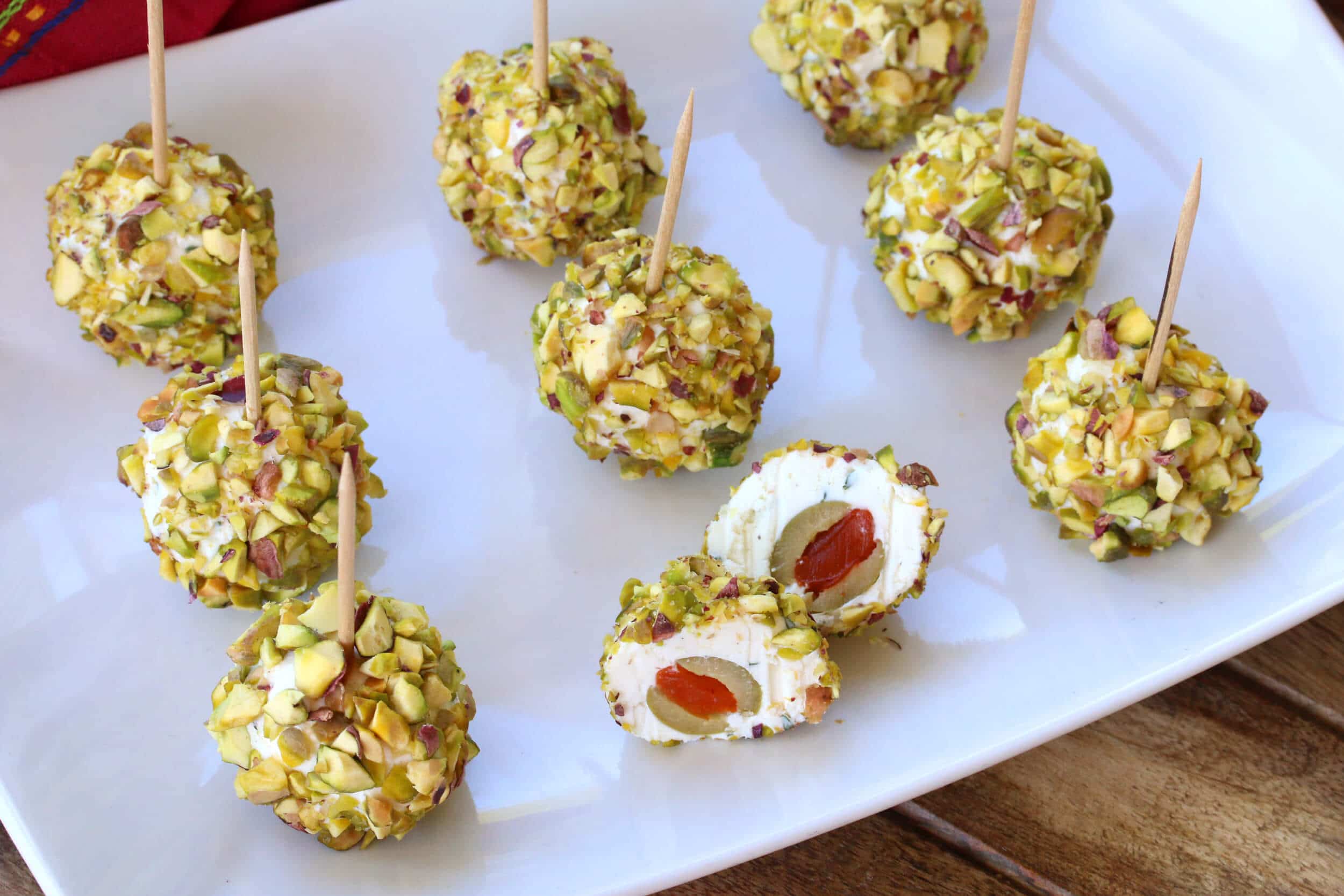 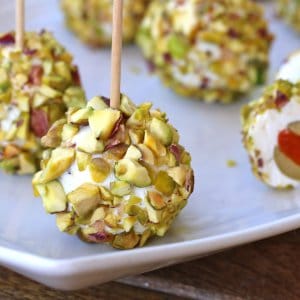 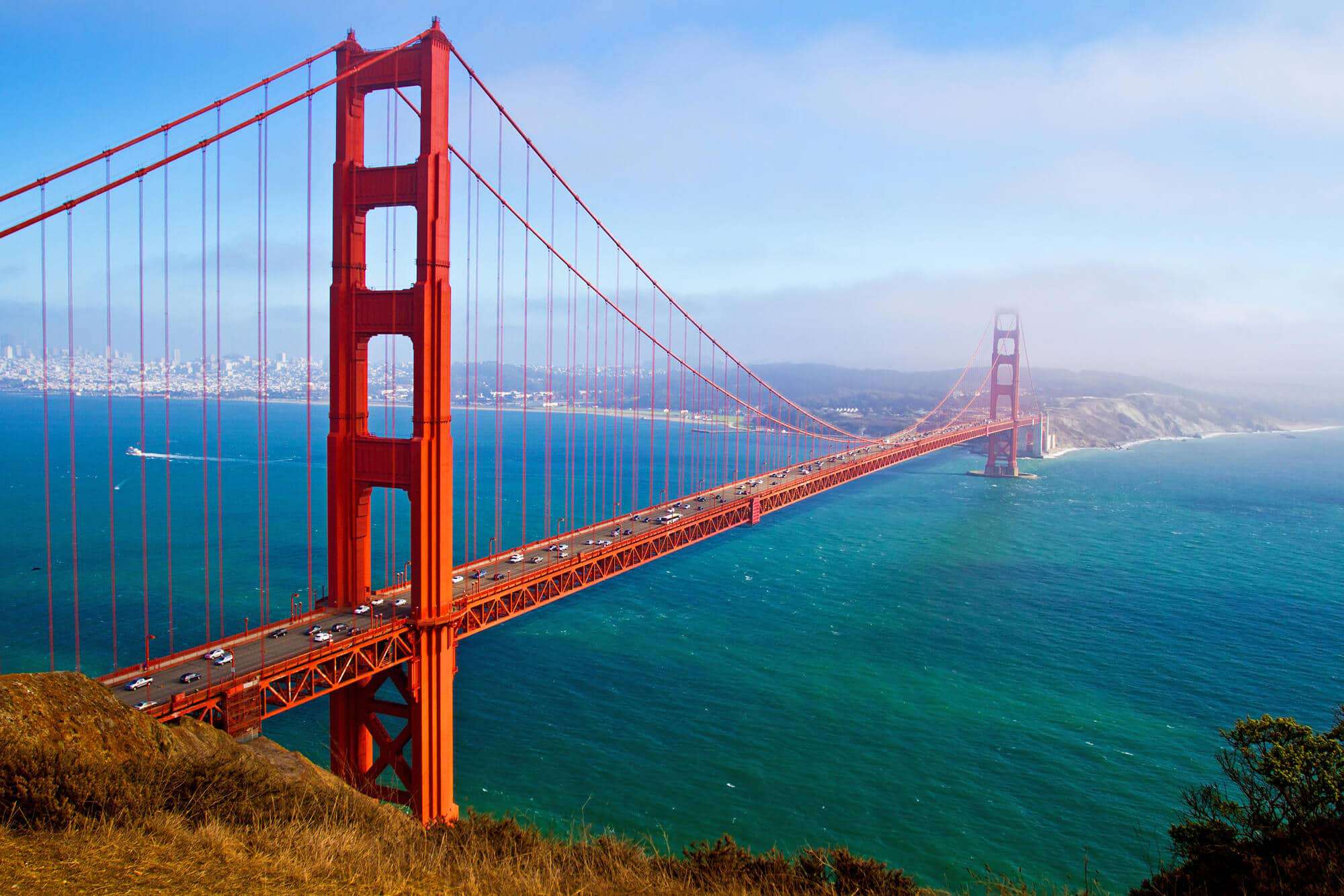