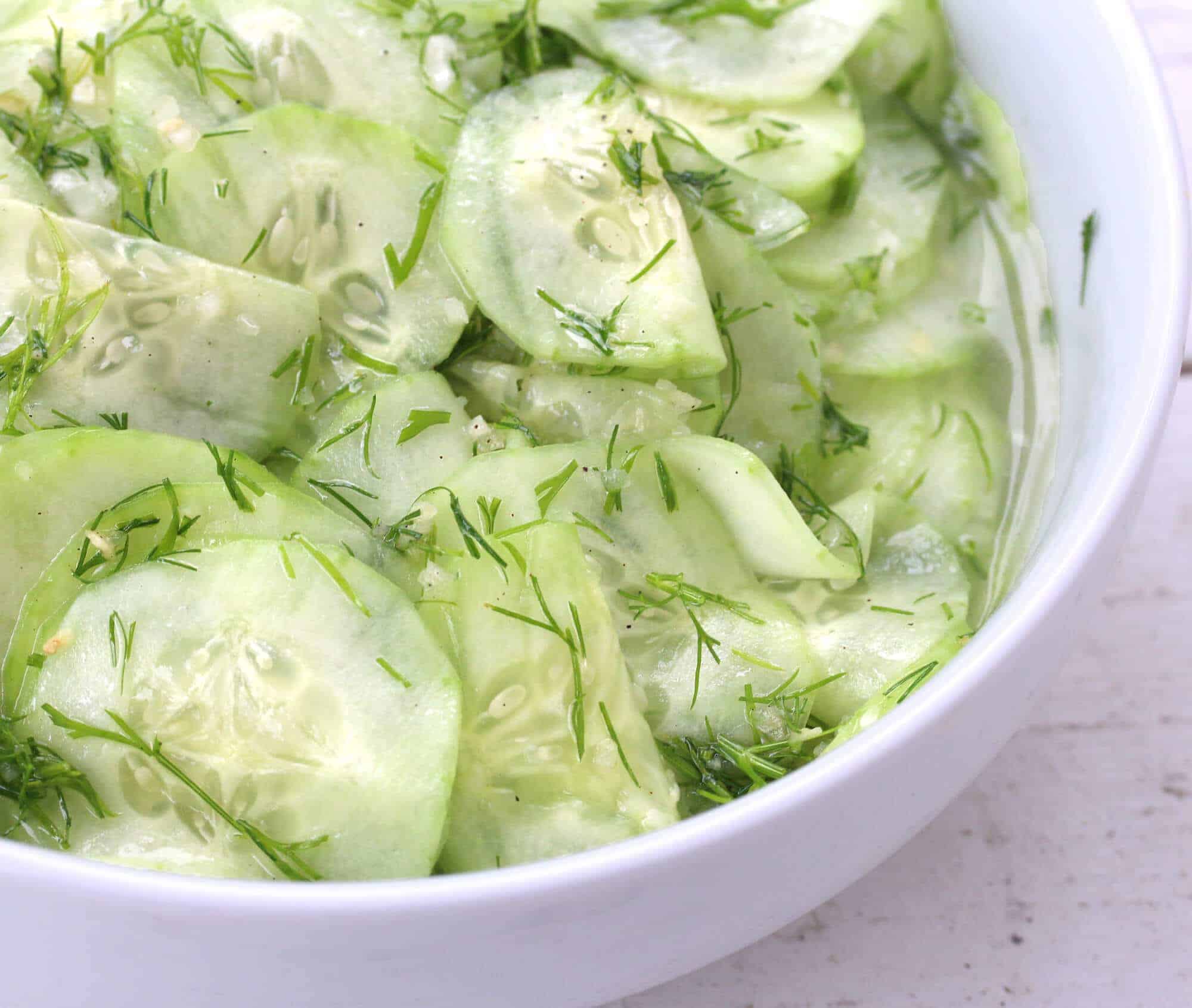 Eating this cool and crunchy cucumber salad always reminds me of Germany.  It’s commonly included as part of any Salatteller (salad plate) in German restaurants.  A Salatteller will often feature a serving of carrot salad, radish salad, lettuce greens, potato salad and this cucumber salad.  They’re the best salads ever!

While creamy cucumber salads are also popular in Germany, this oil- and vinegar-based version tends to be served more frequently in restaurants, at least where I’m from in southern Germany.

In Germany you can buy dry dill dressing mixes that come in small envelopes, often the Knorr brand.  You add oil and vinegar and add it to your cucumber salad or leafy greens.  Here’s a from-scratch version that takes just a couple of extra minutes to assemble and tastes even better.

Peel the cucumbers and slice them the same width and place them in a medium-sized non-reactive bowl.  I like to use my German mandolin for jobs like this to get uniform slices. Plus it goes a lot faster.

Place the sliced cucumbers in a bowl and toss with a heaping teaspoon of salt. Let sit for about 30 minutes then drain thoroughly. 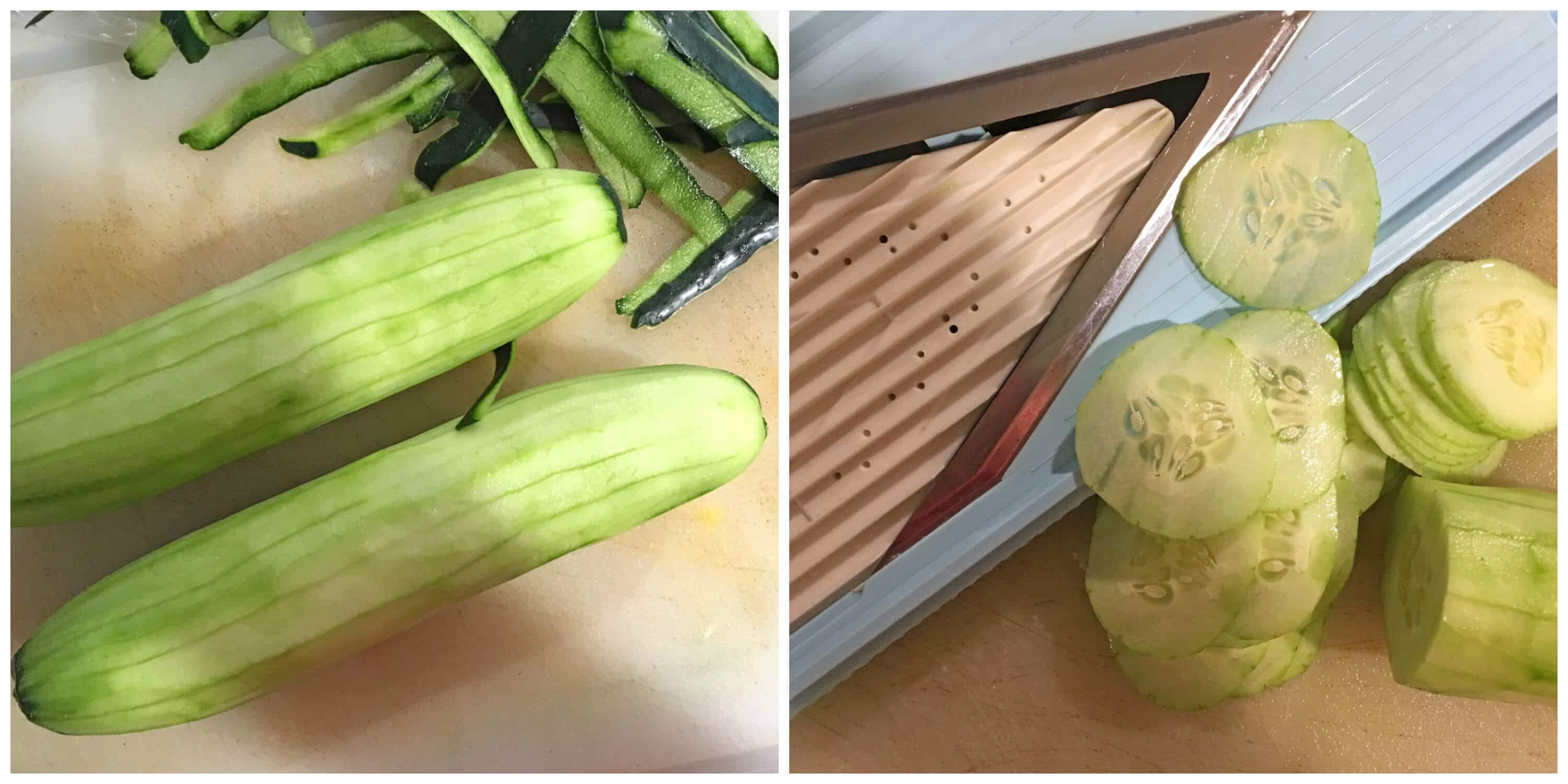 Place the cucumbers in a medium-sized bowl.

To make the dressing, combine all the remaining ingredients in a separate bowl and stir to combine.

Pour the dressing over the sliced cucumbers and stir to combine.  Cover and chill for at least two hours before serving, stirring a couple of times.  Add salt and pepper to taste. 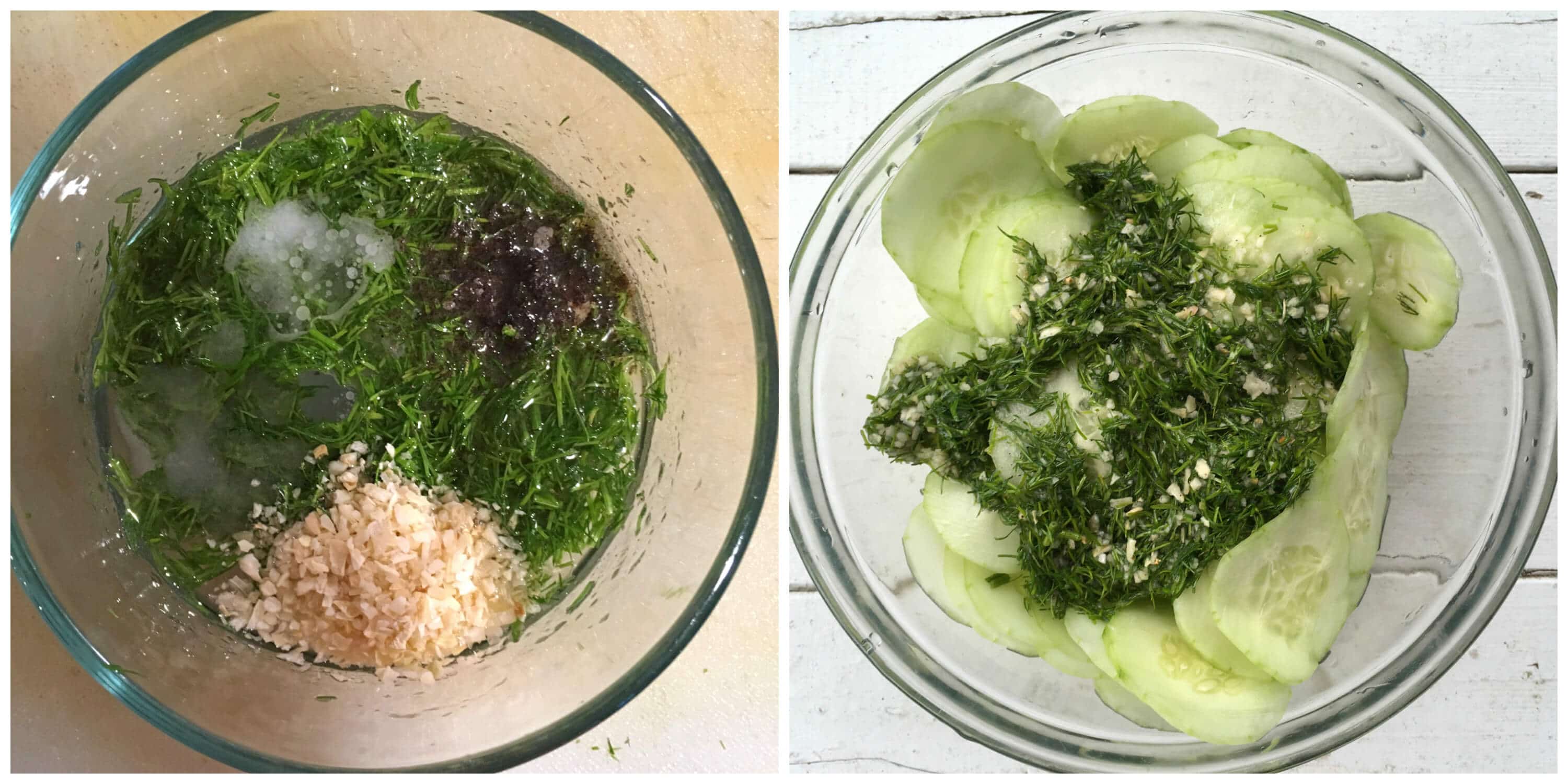 Can be served cold or at room temperature. 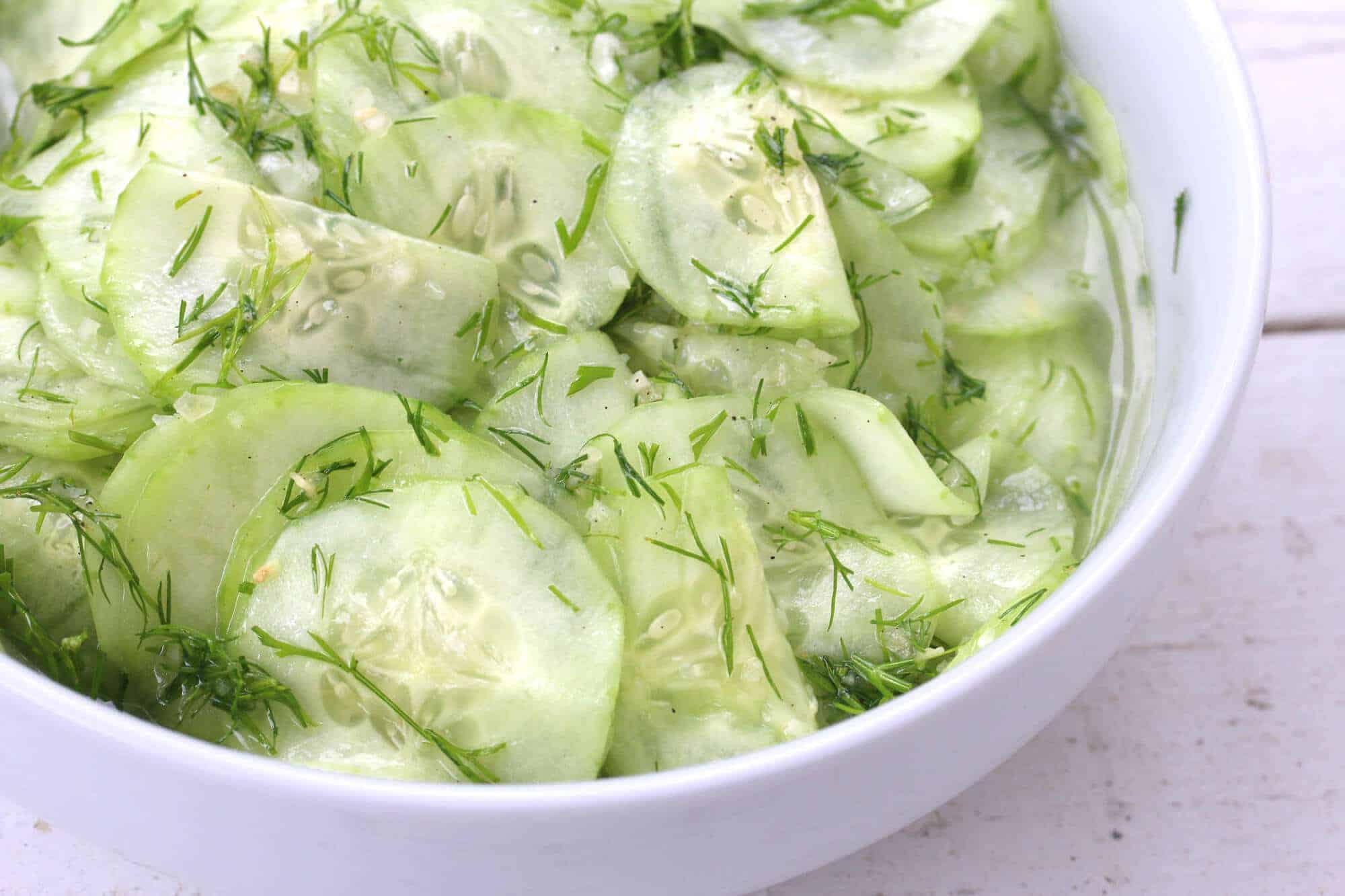 Be sure to also try our 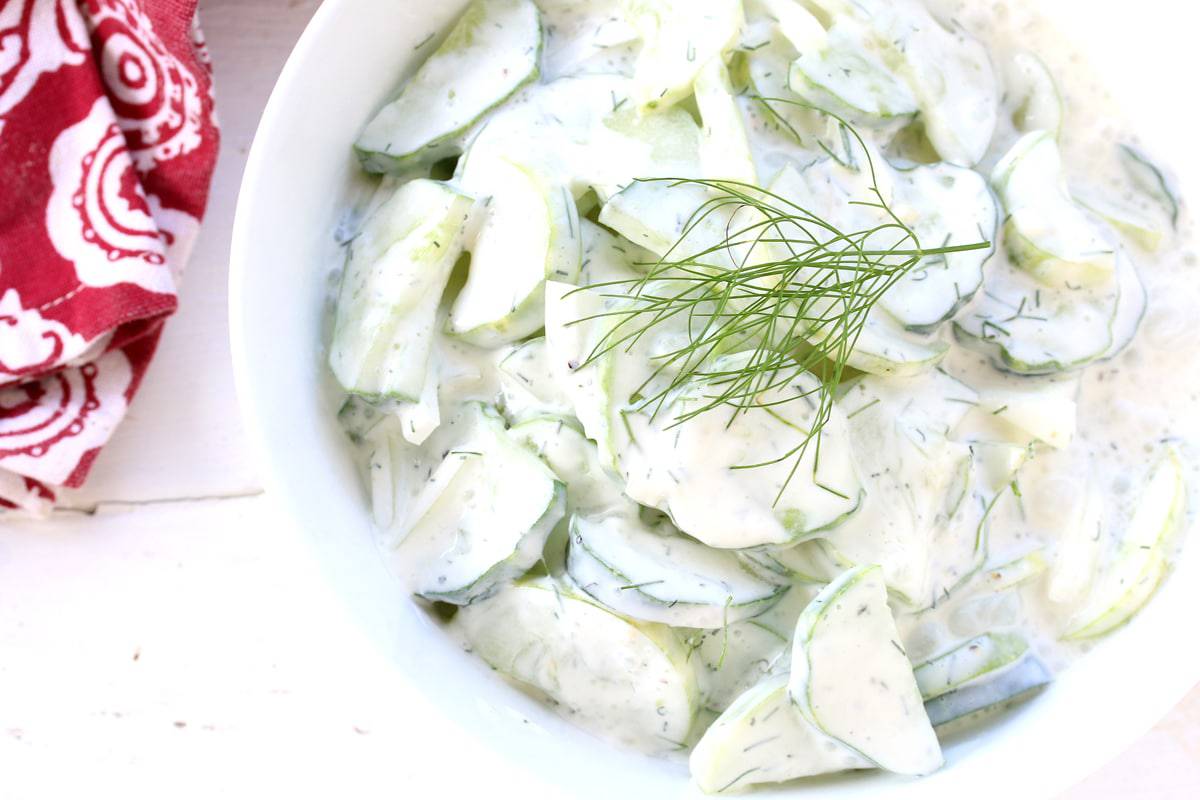 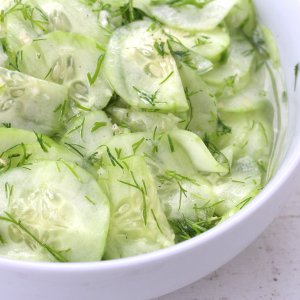