As an Amazon Associate I earn from qualifying purchases.
2637shares
Jump to Recipe Print Recipe

Easy Homemade Tahini  This easy homemade tahini recipe is so quick to make, takes just TWO ingredients, is less expensive than store-bought, and tastes WAY better!  Make a double batch while you’re at it and store it in your fridge for several months to have on hand whenever you need it! 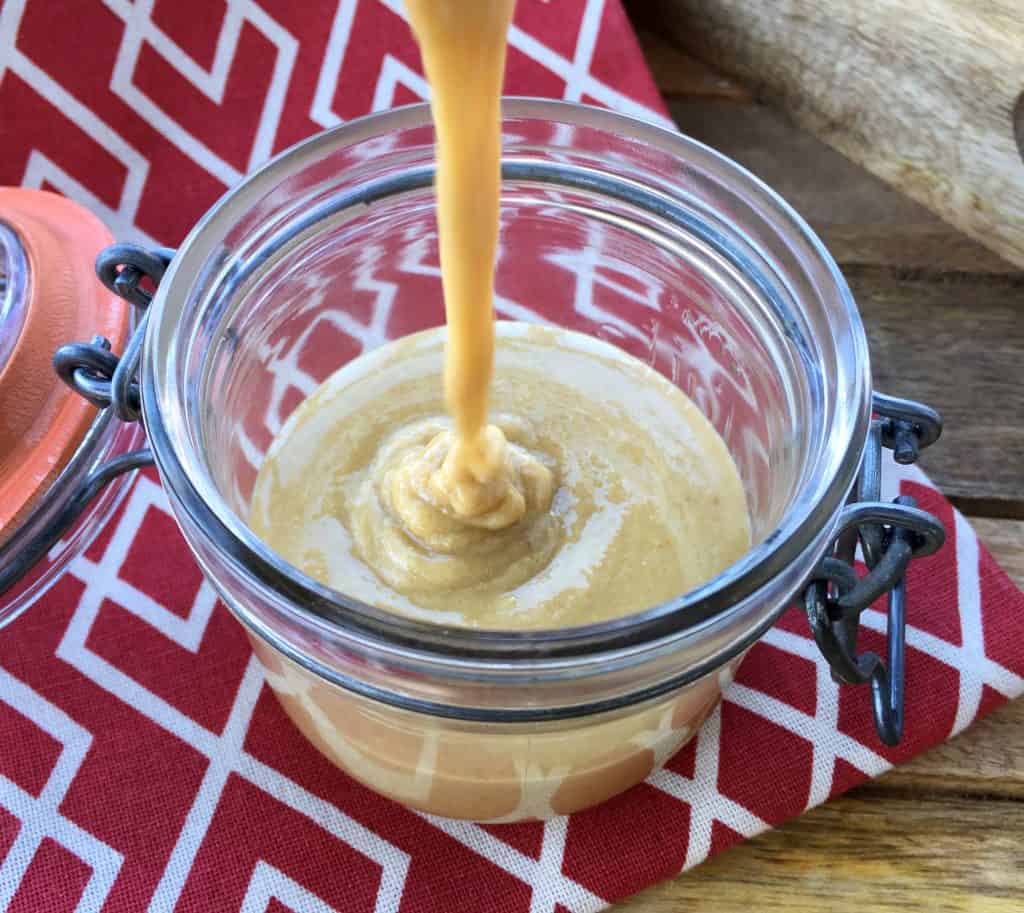 Don’t let that stop you again.  Tahini is super simple to make yourself and tastes even better than store-bought!

Well, I was craving hummus and didn’t have any tahini on-hand, so I quickly whipped some up and made a fabulous batch of hummus with it.  As quick and easy as it is to make, it’s rather pointless buying it at the store.  For one, you usually end up with waaaaay more than you need and the rest often goes to waste.  Secondly, it’s quite a lot cheaper to make it yourself.  Thirdly, it tastes so much fresher and bolder!

So quick and simple to make, tahini paste is simply sesame seeds that are toasted and ground up with olive oil to make a paste.

So there really is no excuse to forego your hummus craving because you don’t have any tahini on hand.  Just keep some sesame seeds on hand and you’ll always be ready to roll.

But tahini isn’t only used for hummus.  It’s deliciously versatile!

Tahini is a popular staple in Middle Eastern, Greek, and East Asian cooking.  Here are just a few ways tahini is used:

Ways To Use Tahini

As for tahini’s nutritional content:  Tahini is relatively high in calcium and protein and is an excellent source of copper, zinc, iron, manganese, amino acids, and omega 3 and omega 6 oils.  Those nutrients help fight inflammation and are provide great cardiovascular support.  They also contribute to immune support.  Just one tablespoon of tahini has roughly 26 percent of the recommended daily intake of copper and 9 to 12 percent of zinc, iron and selenium.  Not bad, huh?

*Shopping Tip:  Buy sesame seeds in bulk.  Buying the in tiny bags or cans with just a few ounces can be very expensive.  You can buy sesame seeds in the bulk sections of some grocery stores.  Or you can buy them online here for a good price:  HERE and HERE.

Why Do You Add Olive Oil to the Sesame Seeds?

How Long Does Tahini Last?

Tahini has a very high oil content so while you can store it on the counter it will keep much longer in the refrigerator where the oils will be kept from going rancid too quickly.  Store it in an airtight jar in the fridge and it will last for several months.  Stir it throughly before you put it in the fridge because once it’s chilled it’s difficult to stir. 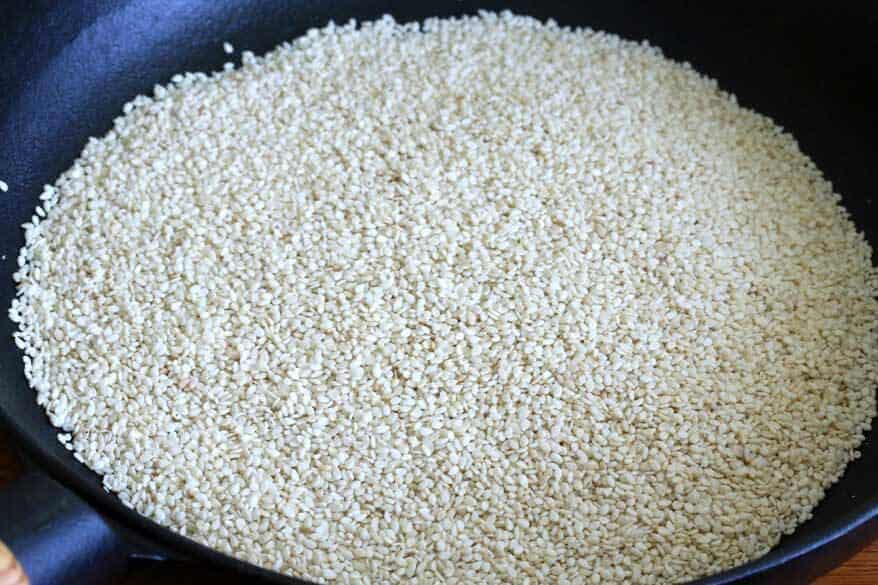 You definitely don’t want burnt sesame seeds (they taste awful!), but you do want them generously golden brown for optimal flavor. 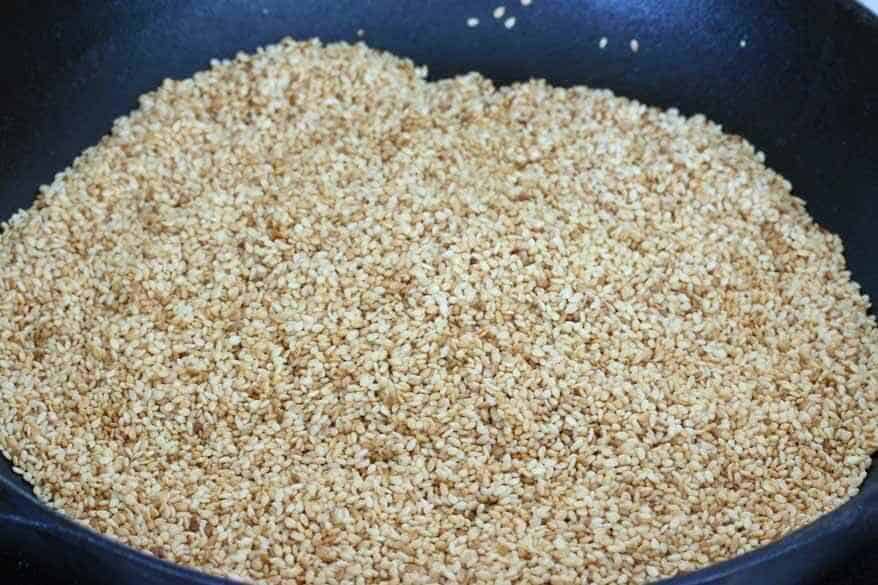 Once they’re toasted, let them cool a few minutes then add them to a food processor.  I use and love Cuisinart’s mini prep food processor.  With a 3-cup capacity it’s perfect for smaller jobs like this.  We’ve had ours for over 10 years and it’s still going strong! 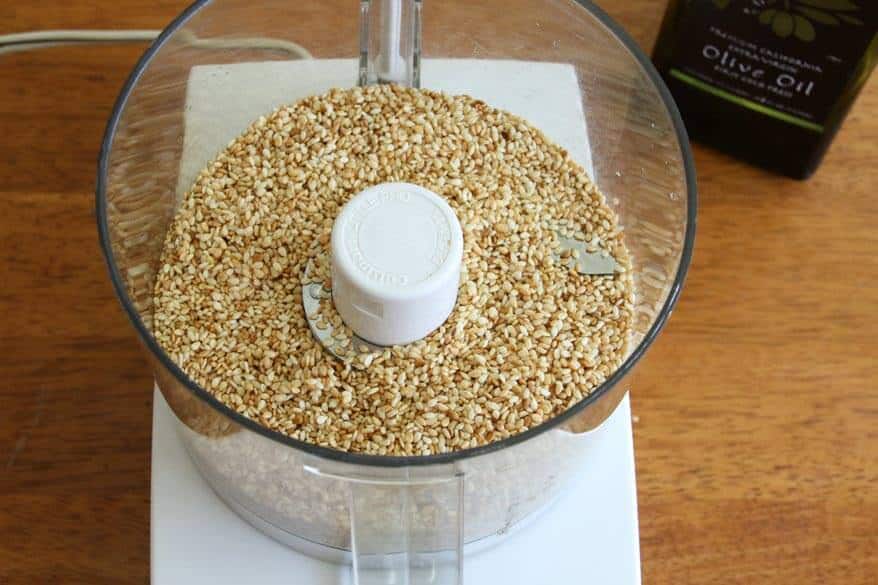 Start by adding 3 tablespoons of olive oil.  Process the mixture into a paste, scraping down the sides.  Add more olive oil until you reach the desired consistency.  If you’re using it to make hummus, the paste should be fairly thickly “pourable” (like in the main recipe picture above). 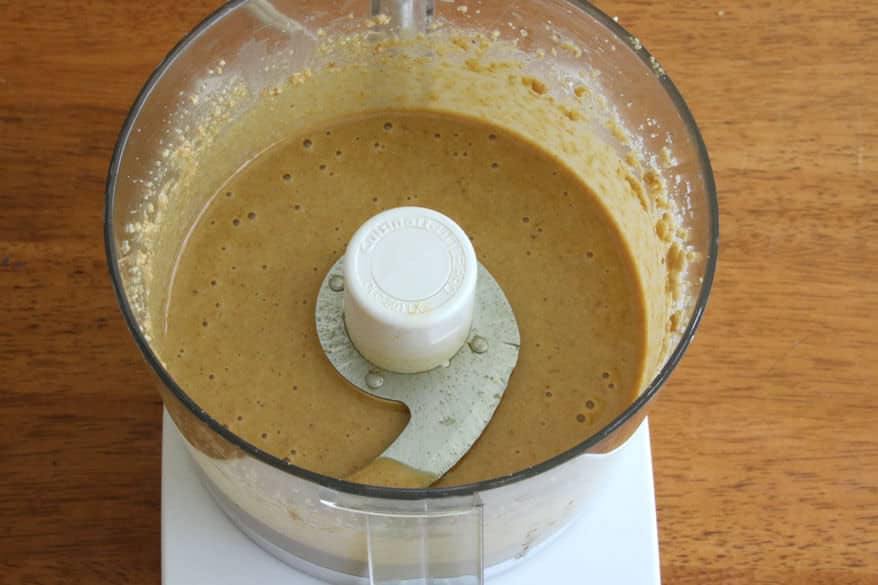 Store the tahini paste in the refrigerator in an airtight jar.  Will keep for several months. 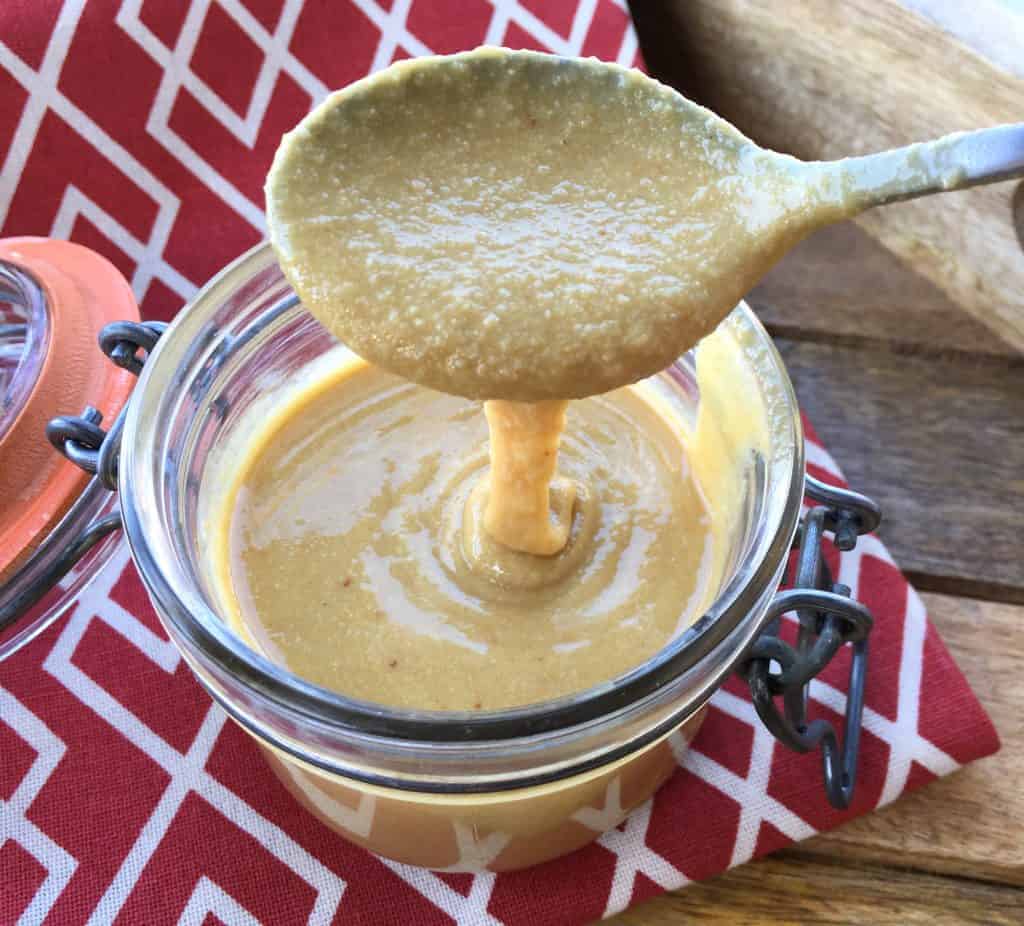 And now that you’ve made your tahini, you’ll of course want to make some hummus, right?  RIGHT!

So here you go! 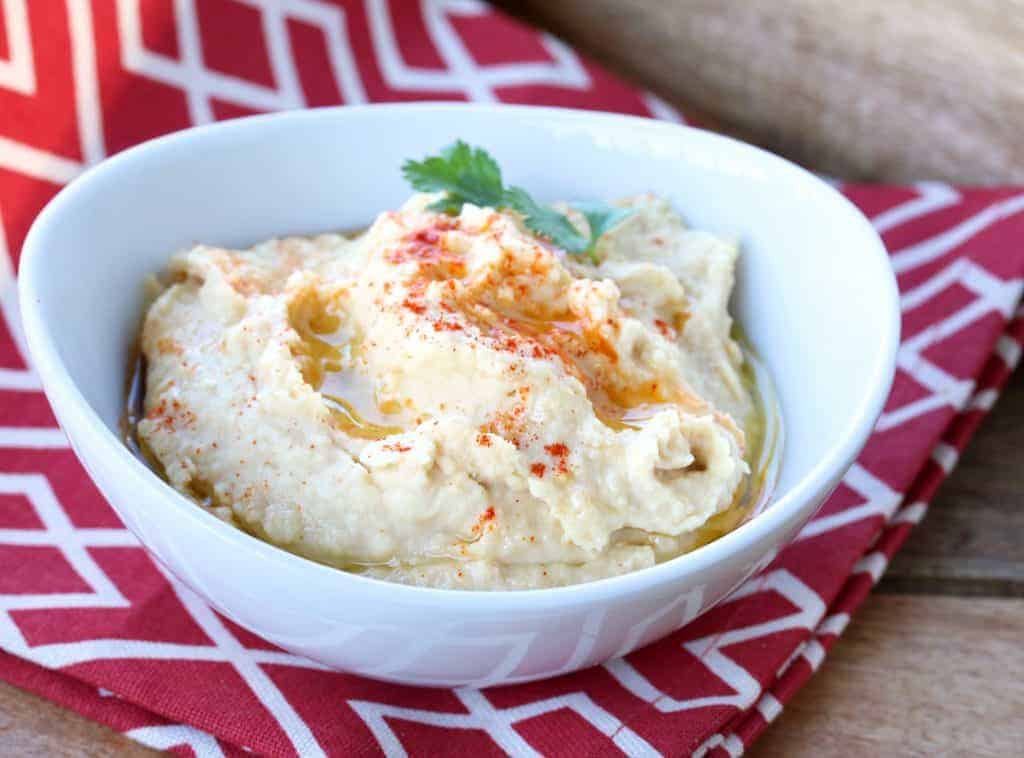 Or here’s a delicious recipe for Spiced Chicken Kabobs with Tahini Yogurt Sauce: 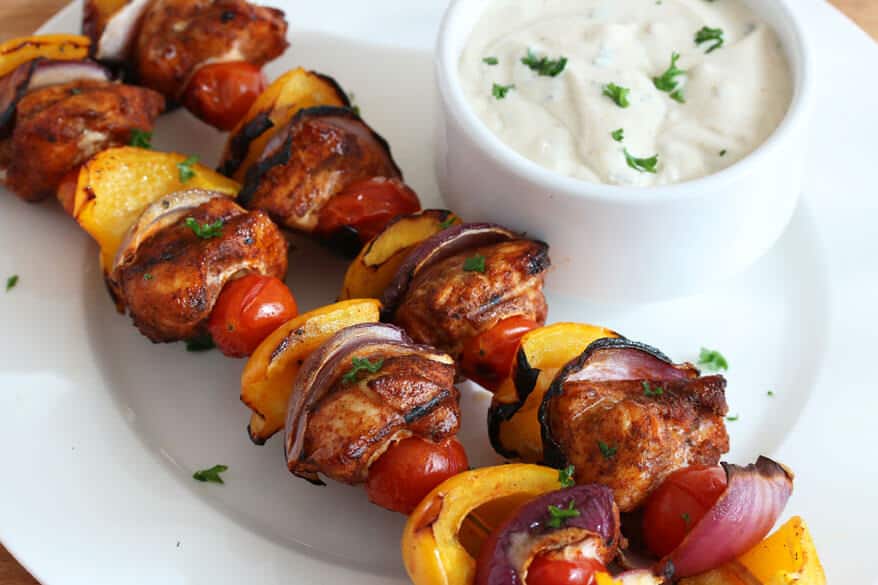 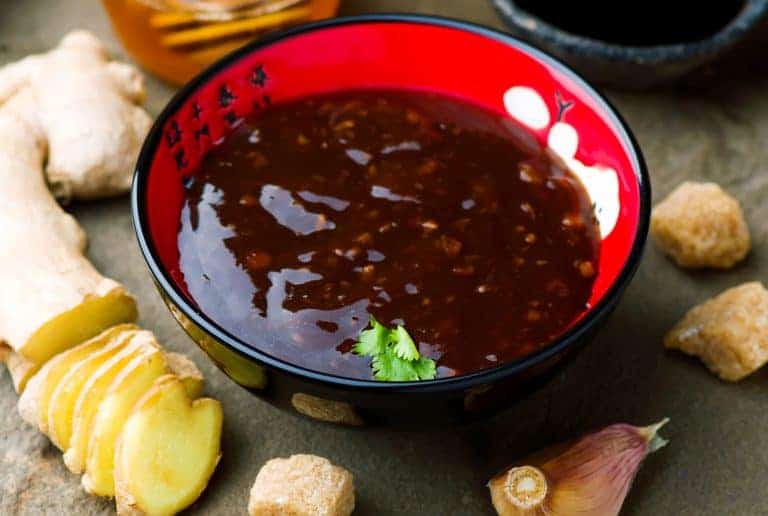 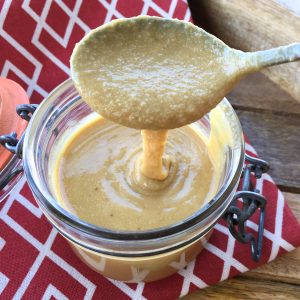 * The texture may be slightly gritty, which isn't a problem, you won't notice it at all when you use it to make hummus for example. But if you want it a little smoother you can run it again through a high-powered food blender (I used my Vitamix). * Instead of olive oil you can also use sesame oil, but olive oil is traditional. (Use raw sesame oil, not toasted, or the tahini will have an overpowering "Chinese food" flavor.)