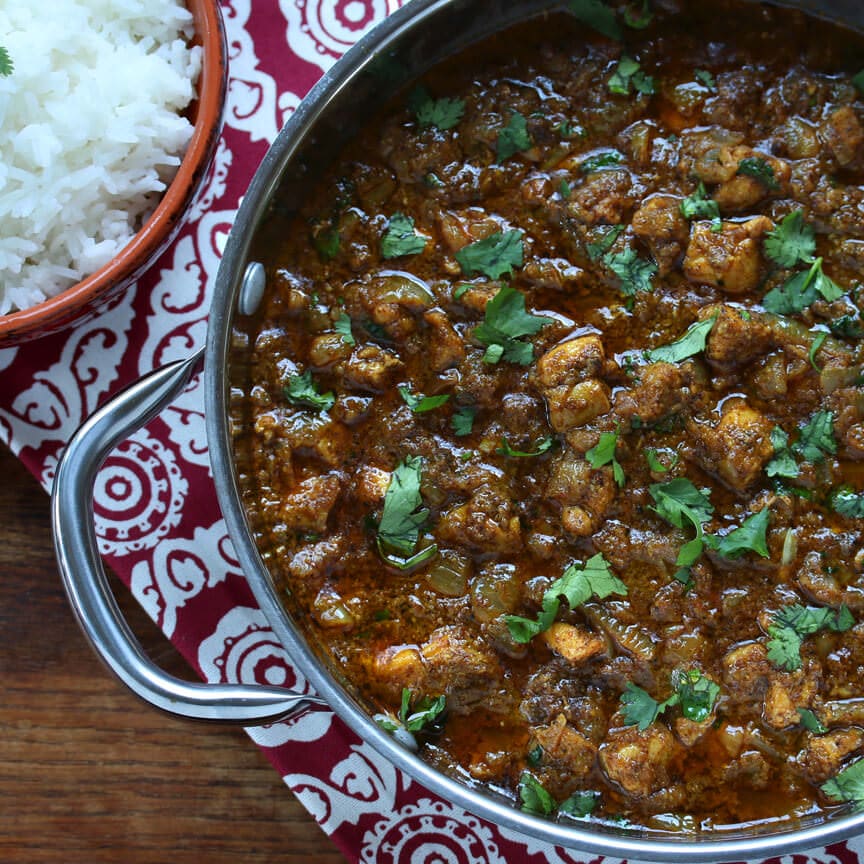 The origin of this wonderful dish is Goa.  Goa is located in the western region of India and though it is India’s smallest state, it’s also one of its richest.  Rich not only in terms of economic wealth, but rich in its tropical biodiversity.  In fact, it’s classified as one of the biodiversity hotspots in the world.  Goa also produces an abundance of fruits, nuts, pulses, rice, sugarcane and bamboo. 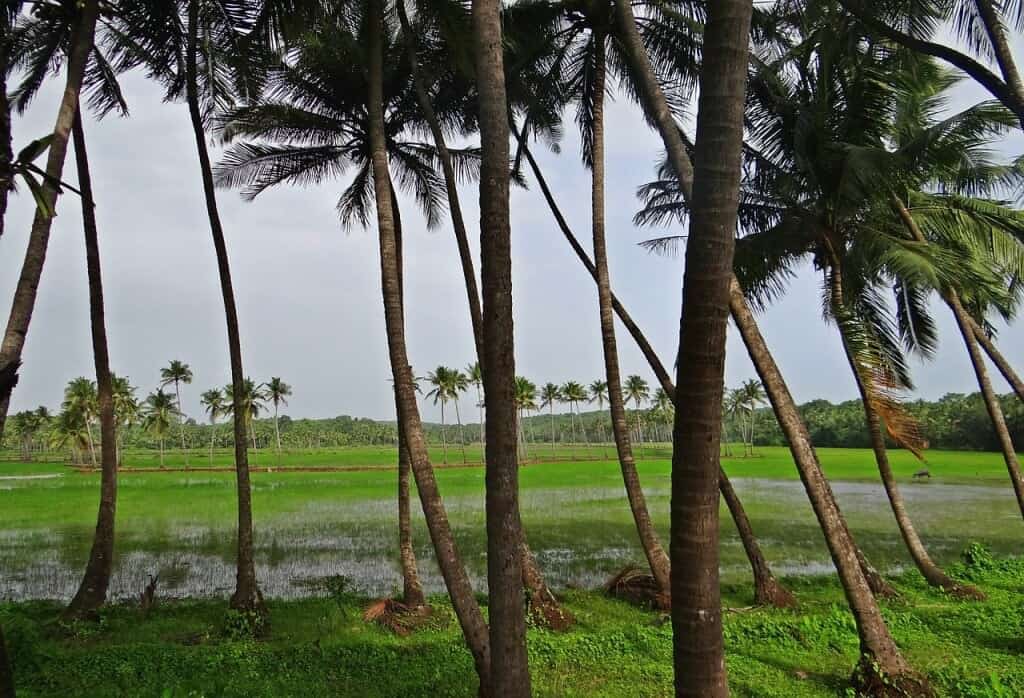 Goa also enjoys a thriving tourist industry and is visited by tourists from around the world who go there for its beaches, historic sites, architecture and natural beauty. 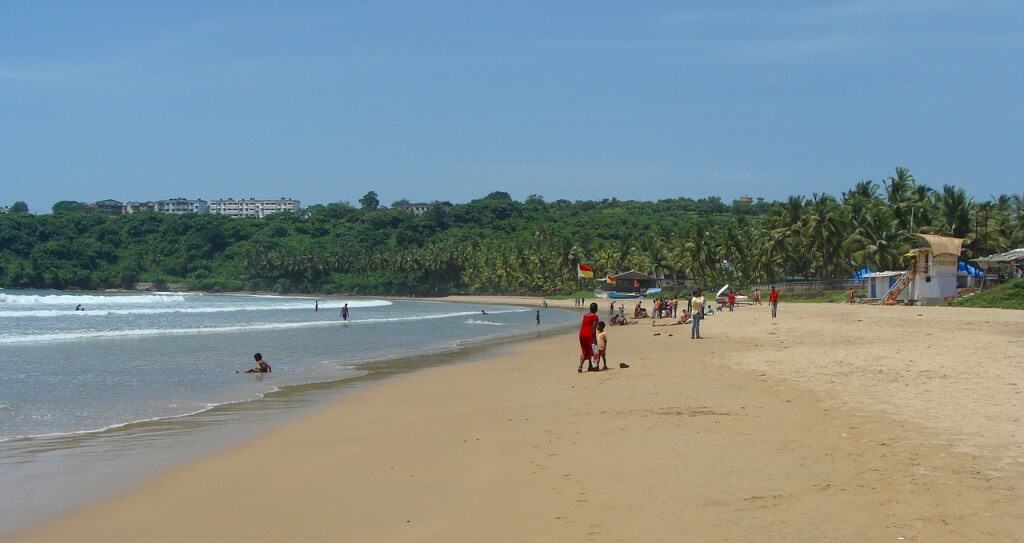 The Shri Mangeshi temple is one of the largest and most visited temples in Goa.  Its roots date back to the 16th century but has been rebuilt and renovated twice since. 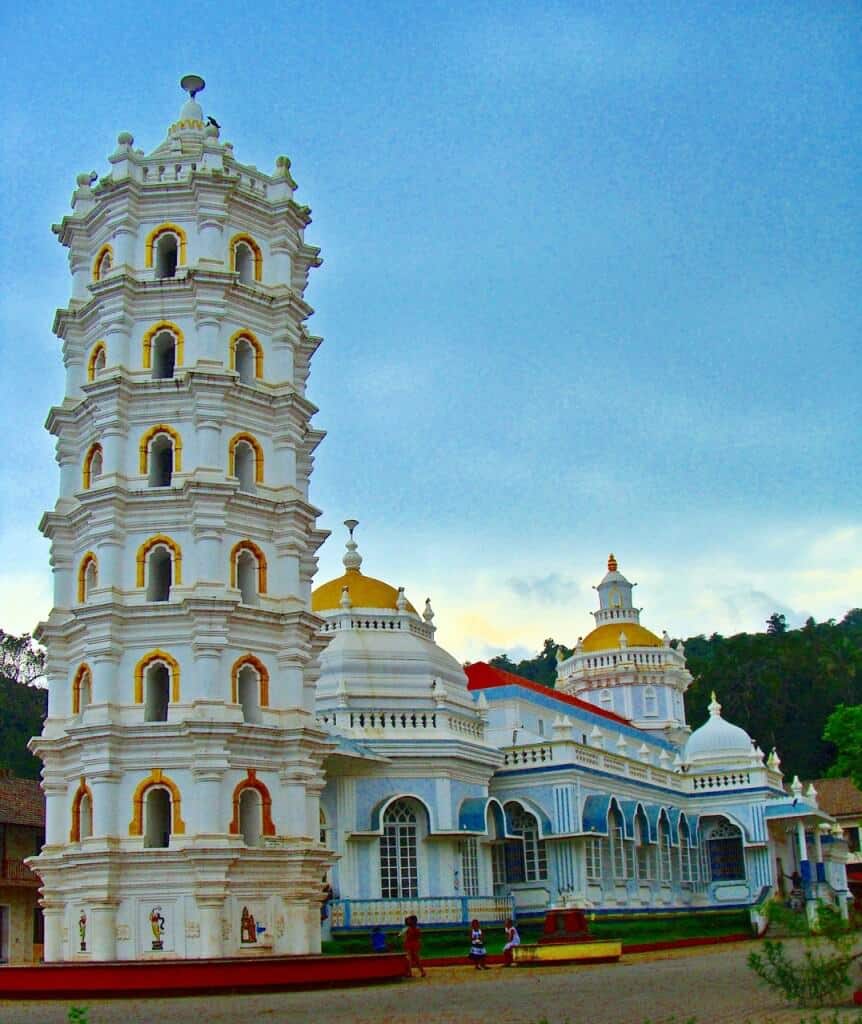 One of the most famous tourist spots in Goa is Dudhsagar Falls, a four-tiered waterfall located on the Mandovi River and accessible only on foot or by train.  From a distance the waterfall looks like streams of milk rushing down the mountainside and its name literally translates as “sea of milk.” 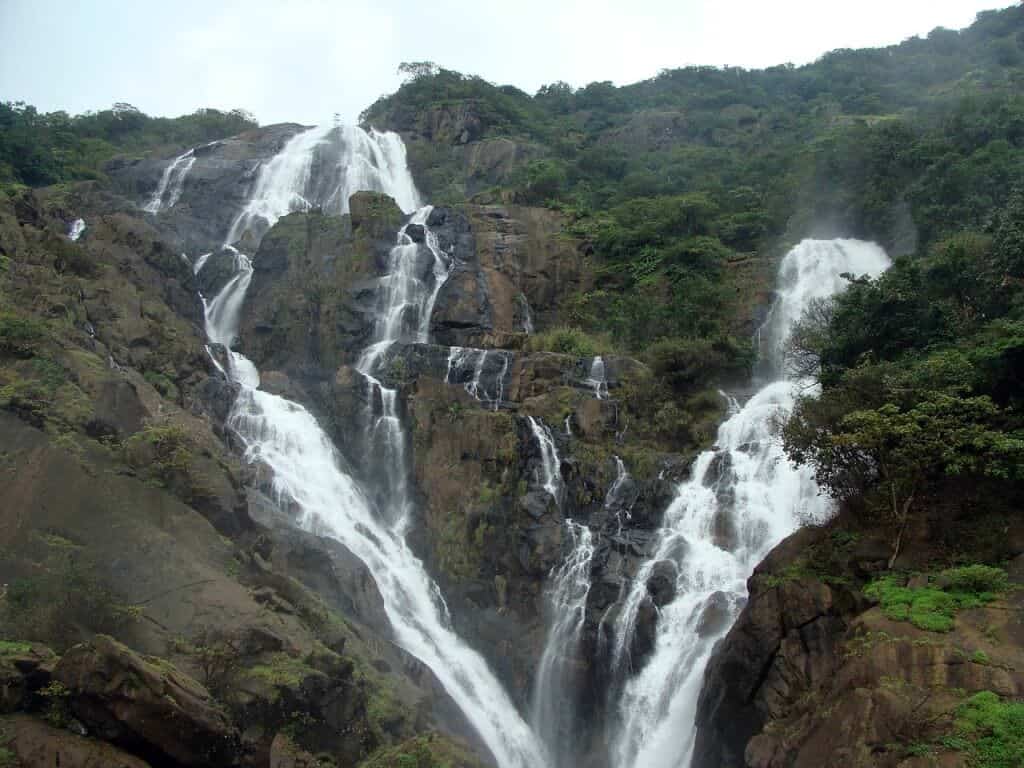 The Se Cathedral is an example Portuguese influence on architecture when they ruled Goa for 4 1/2 centuries.  Construction on the cathedral began in 1562 and it remains one of the largest churches in Asia. 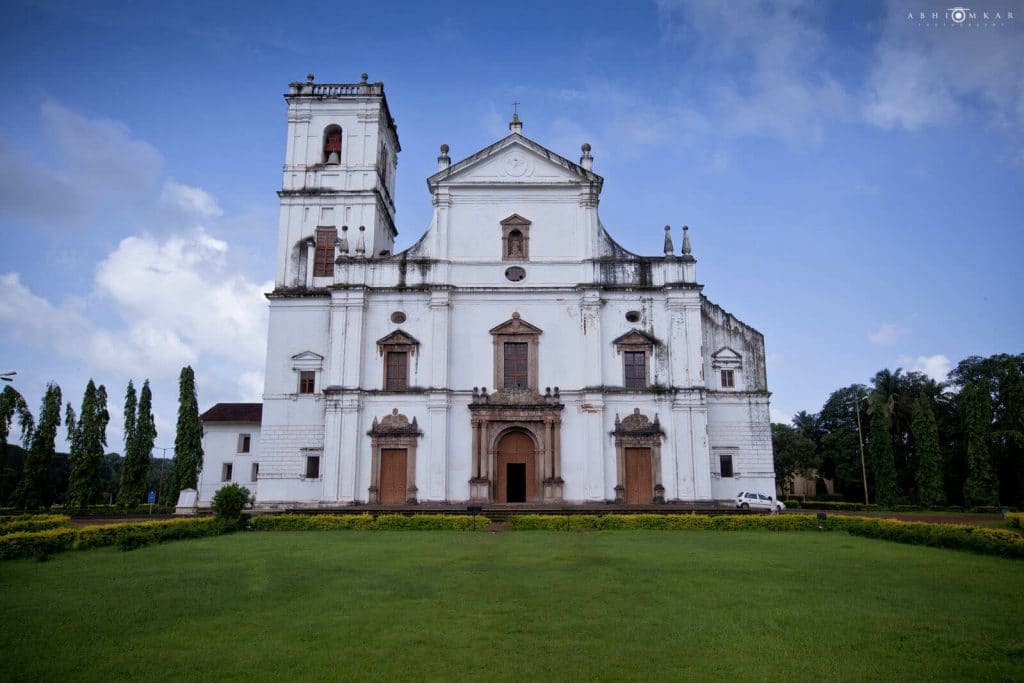 Goan cuisine today is the result of many influences.  It’s influenced by its Hindu origins, over 400 years of Portuguese colonialism, as well as modern techniques of world tourists.  The Portuguese contributed pineapples, cashews, tomatoes and potatoes that they brought with them to Goa from Brazil. They also introduced the chili which has since become one of the most important spices in Goan cooking. 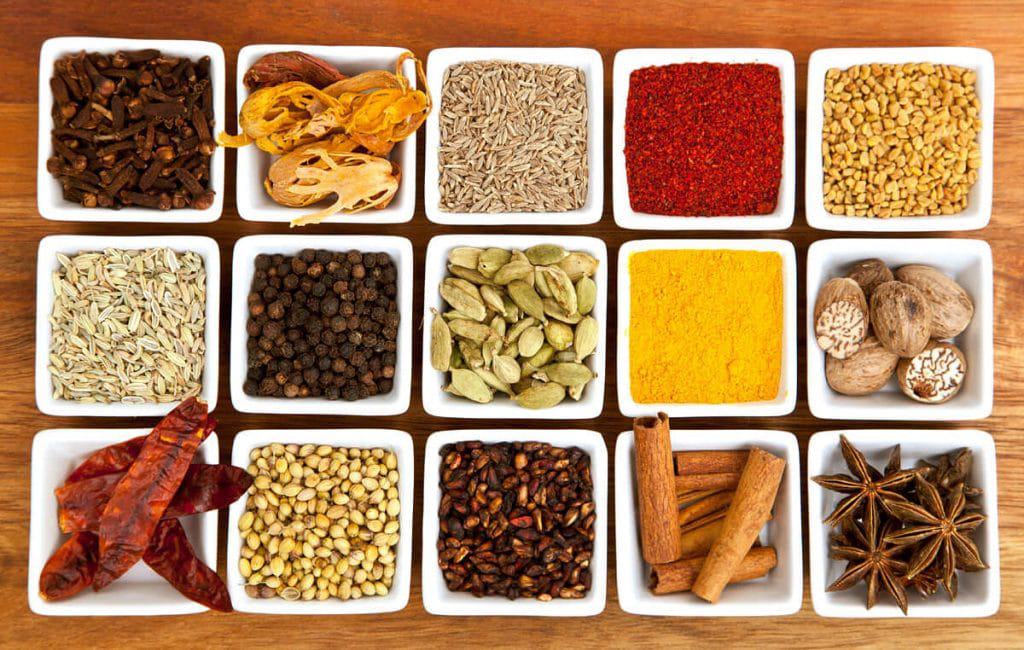 Today’s recipe, Chicken Xacuti (pronounced “sha-kooti”) is a classic dish from Goa and encompasses the rich array of its spices resulting in a delicious dish with complex flavors.

Indian cuisine doesn’t use flour or cornstarch for thickening, rather it relies on such things as ground nuts or, in this case, ground dried coconut.  Chicken Xacuti is naturally gluten-free and paleo.

With layer upon layer of flavors, you are sure to enjoy this wonderful Goan dish! 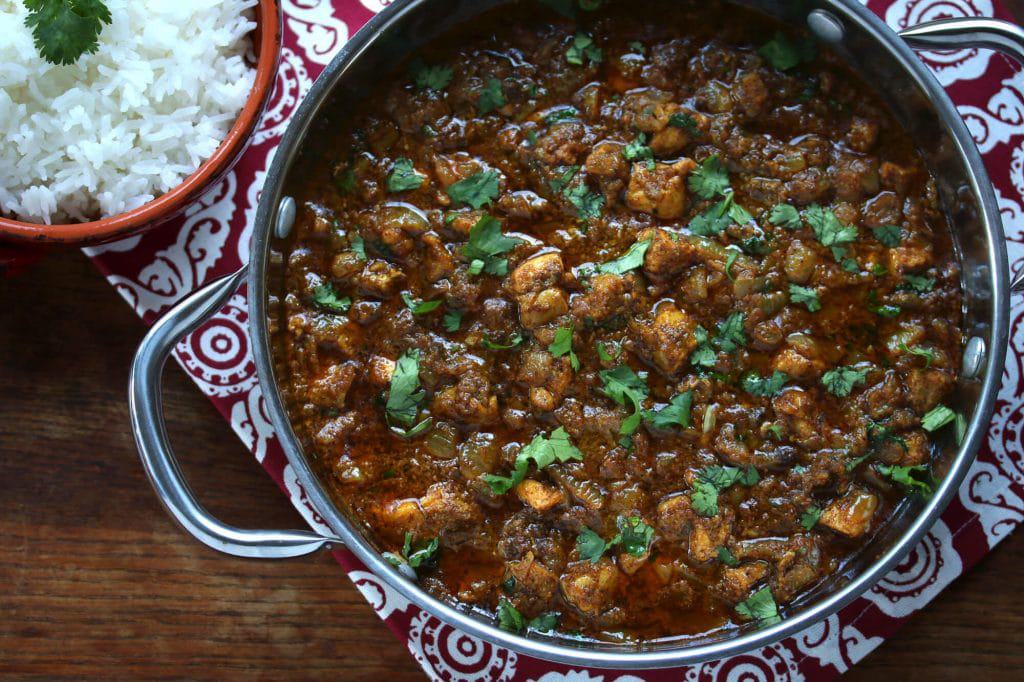 We’ll make the masala paste first and then set it aside.  Place all of the spices in a small, dry skillet over medium heat and toast until fragrant, about 4-5 minutes.  Be careful not to burn the spices or they will be bitter. 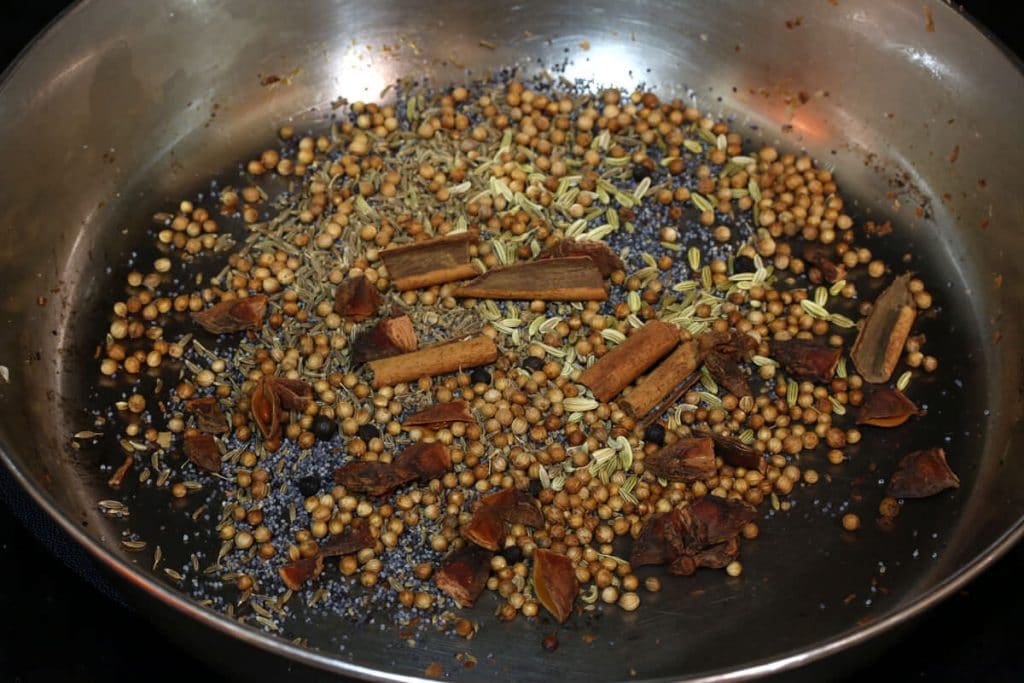 Let the spices cool and then grind them in a spice grinder.  I use and love KRUPS Electric Spice and Coffee Grinder. 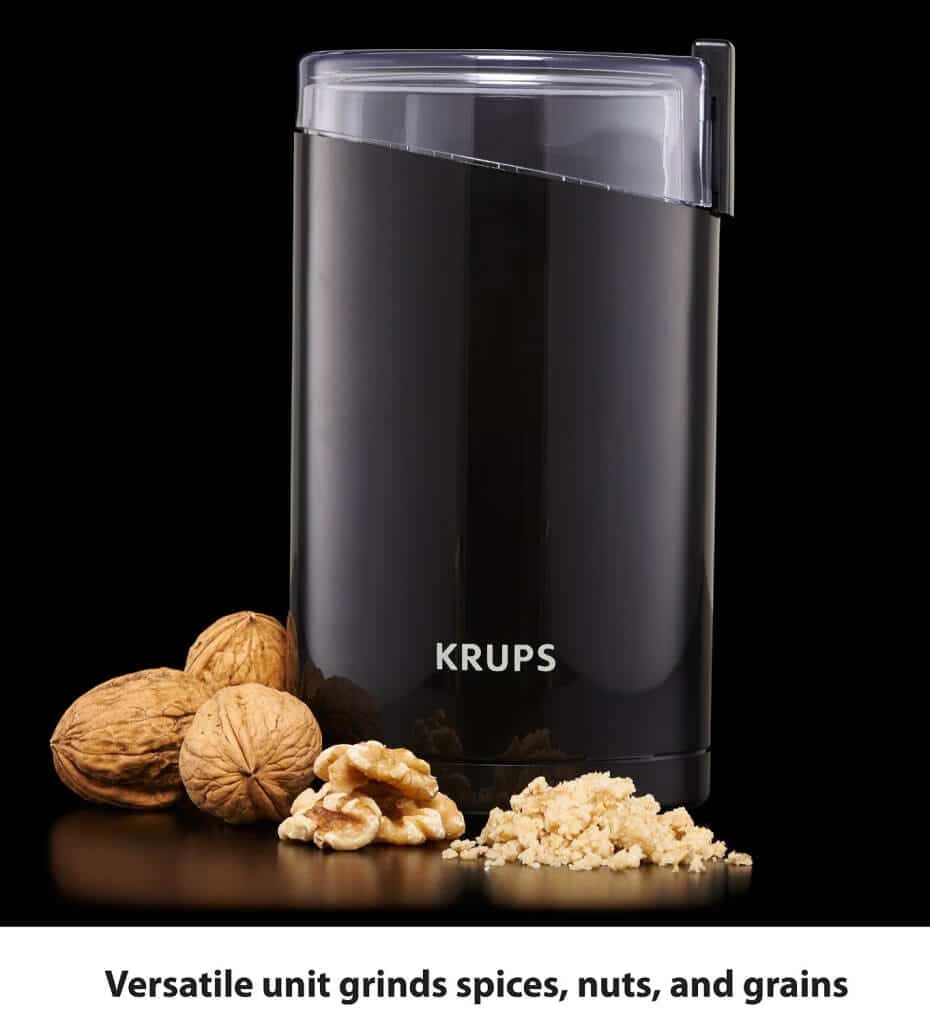 Next toast the shredded coconut over medium heat in a small, dry skillet until lightly browned. 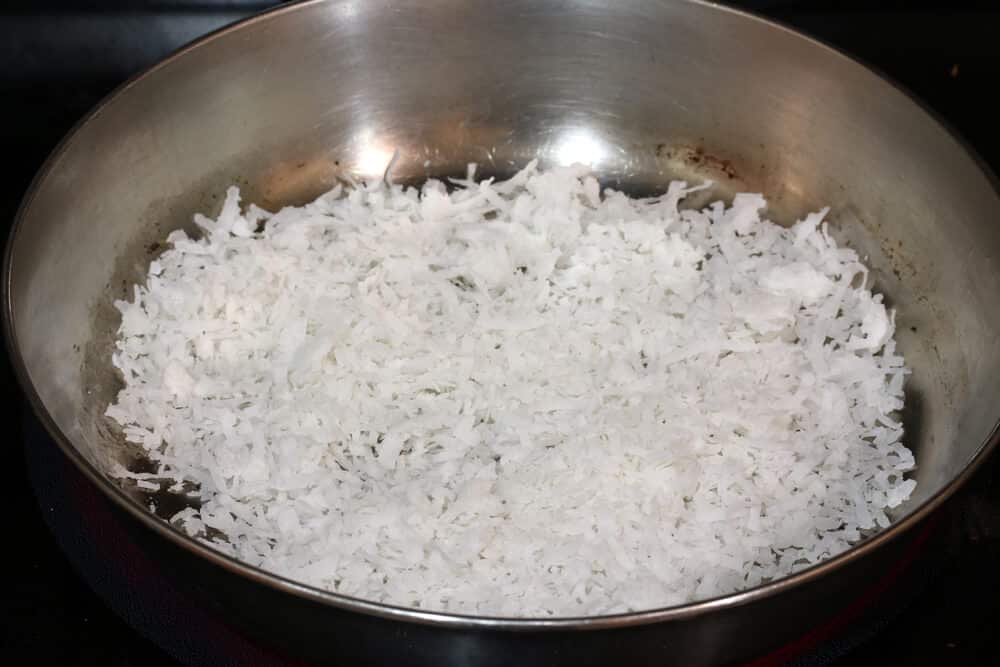 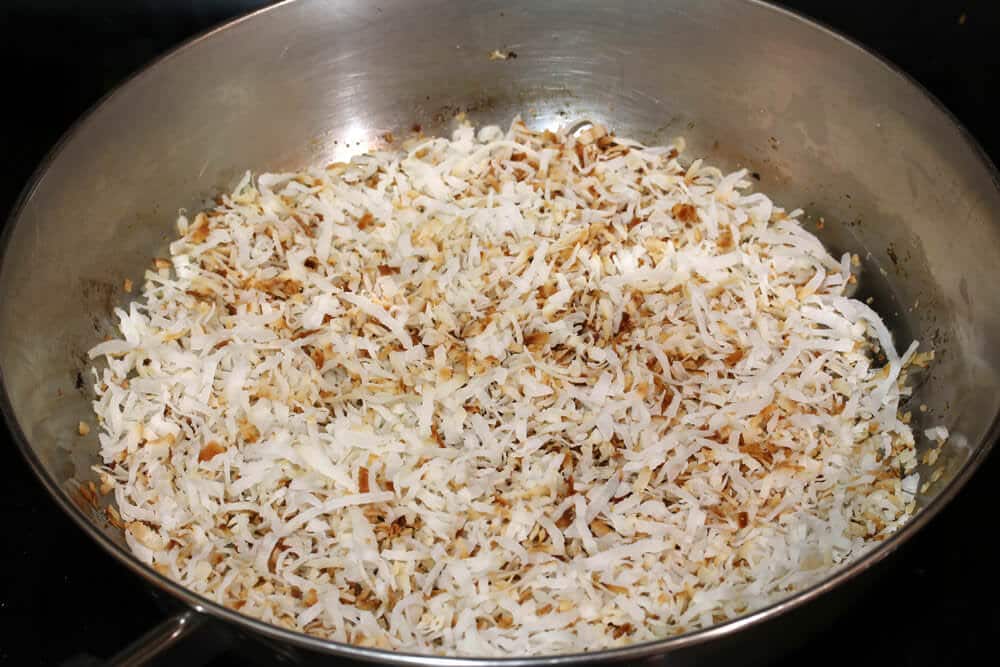 Let cool completely, then place it in a food processor along with the ground spices, garlic and ginger, add a little oil and process to a smooth paste.  Set aside until ready to use.

Now let’s get started on the dish.

Heat the coconut oil in a medium to large saucepan over medium heat.  Add the onions and cook until caramelized and nicely browned, 15-20 minutes. 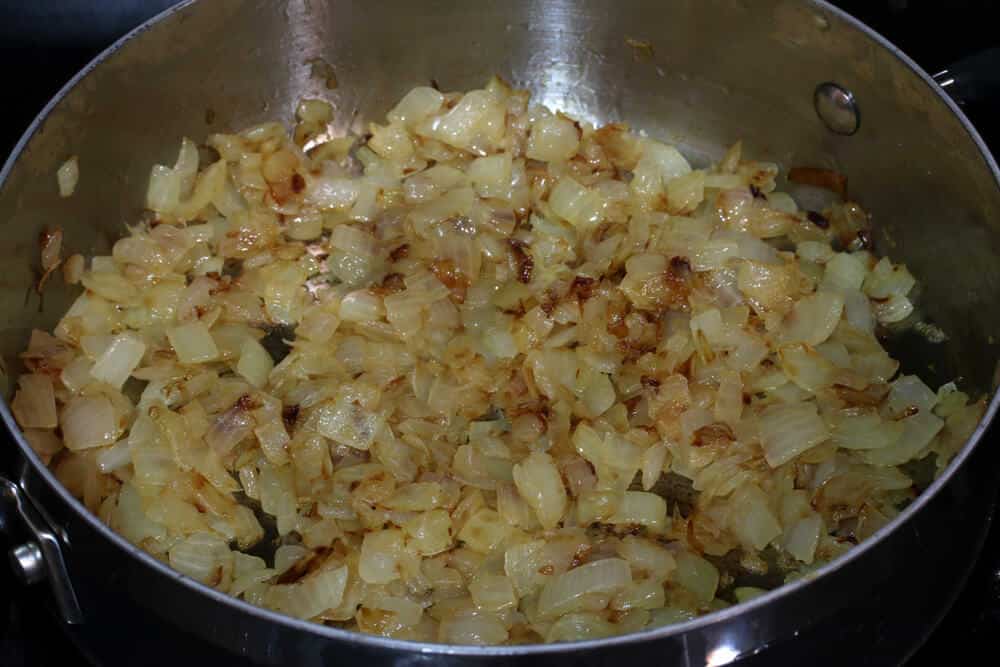 Add the chicken and cook until no longer pink.  You can use chicken breast but dark meat imparts the most flavor.  You can also use bone-in chicken pieces if you prefer. 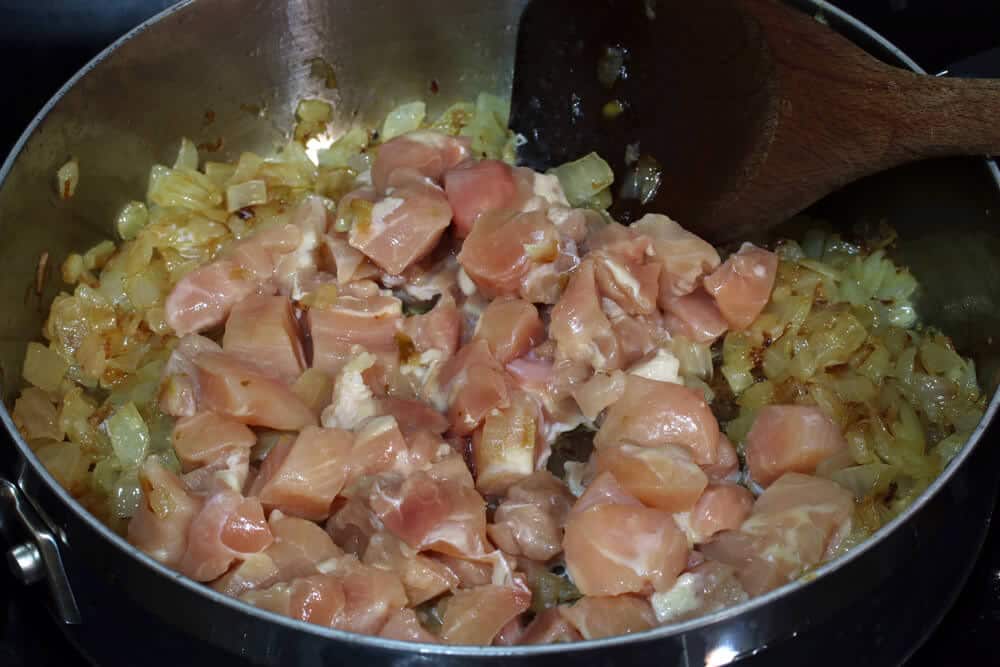 Add the masala paste and the tamarind pulp and cook for a couple of minutes. 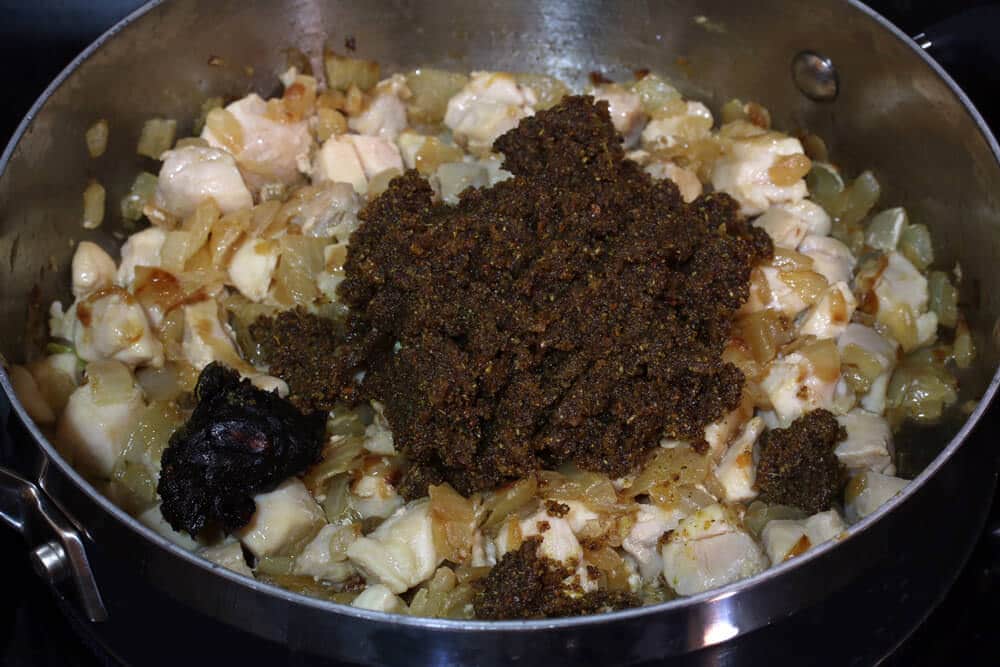 You can find tamarind pulp in Asian grocery stores or online.  It comes in soft, sticky blocks like the one I’m using here or you can also purchase it in concentrate form. 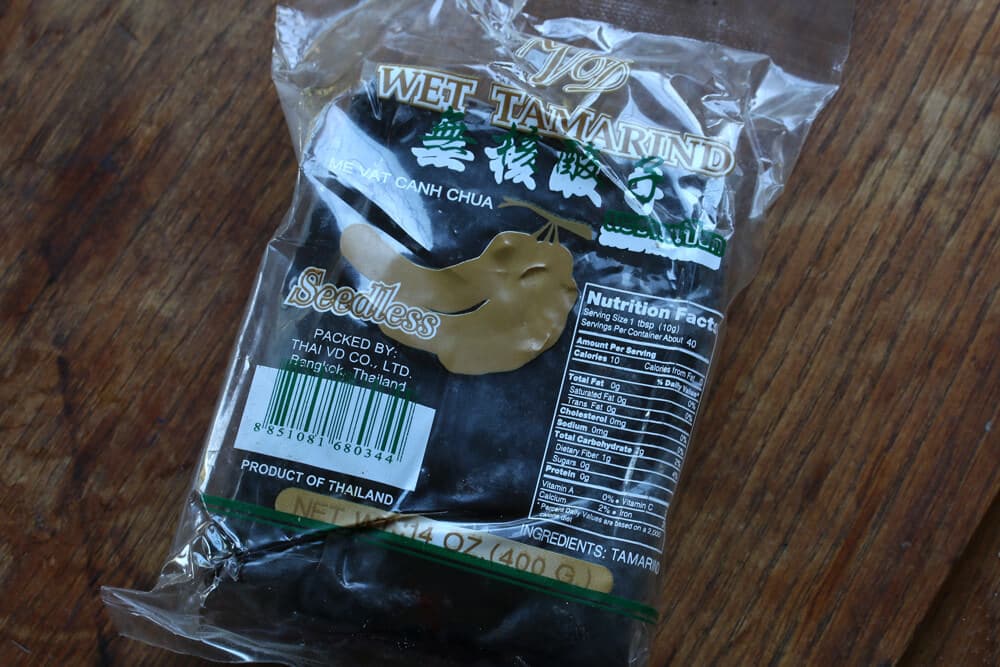 Add the chicken broth and salt and bring everything to a boil.  Reduce the heat to medium-low, cover and simmer for 30 minutes, stirring occasionally. 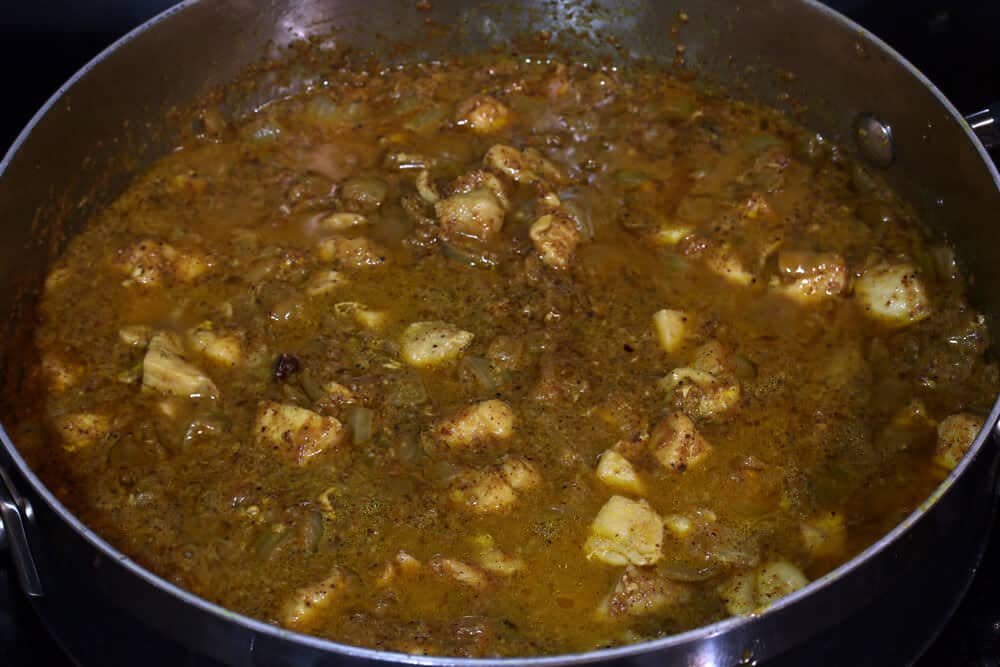 At the end stir in the cilantro and add more salt to taste. 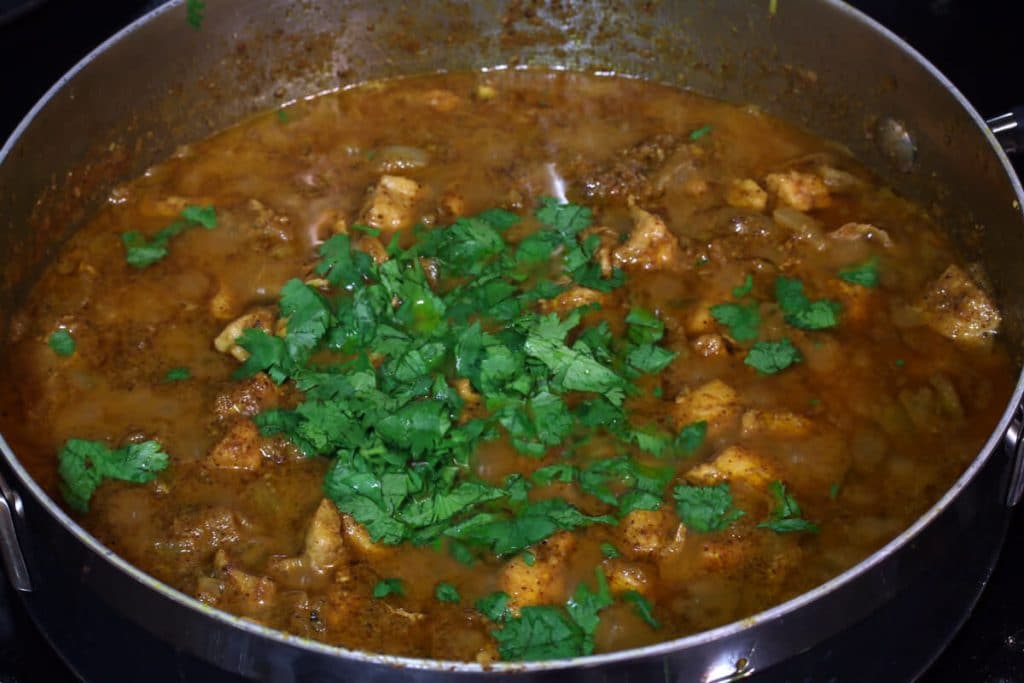 Serve with steamed jasmine or basmati rice and/or Indian flatbread. 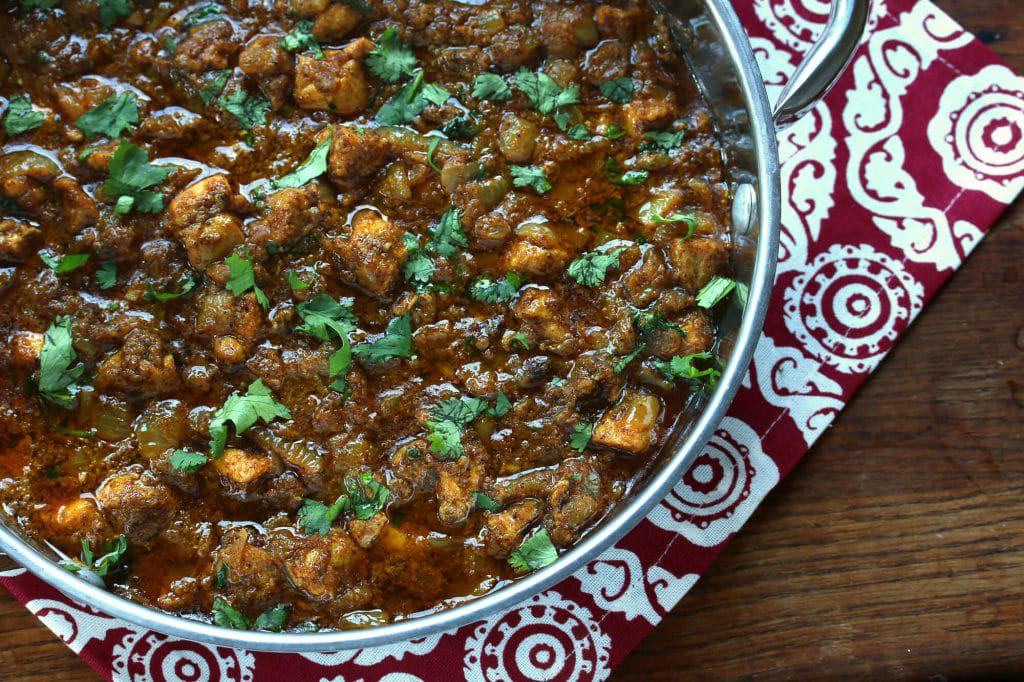