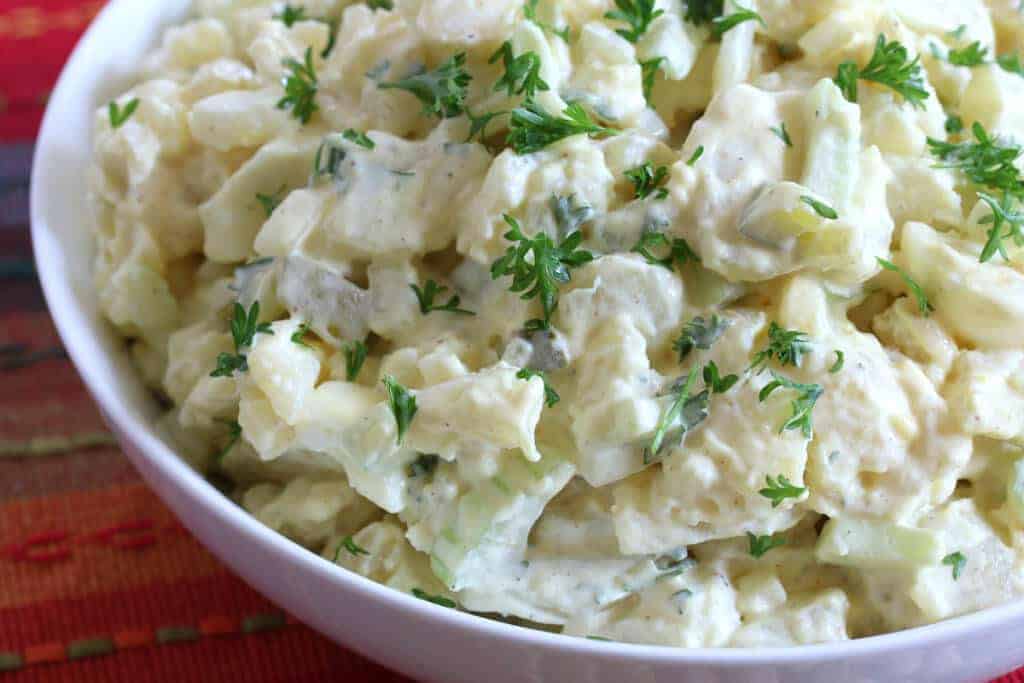 But the fact is, most potato salads are pretty downright awful.  You may not agree with me and that’s okay.  But in my opinion most “best potato salads” are too dry, too flavorless, not salty enough, and just overall bland.  And it’s not that I like really salty food either, it’s just that potatoes – like beans – need a lot of salt to taste good.  But blandness and lack of salt aside, my main complaint with most potato salads is that they’re just too darn dry.  And we didn’t even address texture (ie, potato “mush” salad).

This Classic Creamy Potato Salad is moist and flavorful and I think you’ll agree that it’s among the best you’ve had.

I will say that my mom still makes the best potato salad on the planet.  My version is similar but at some point I’ll need to ask her for her recipe. 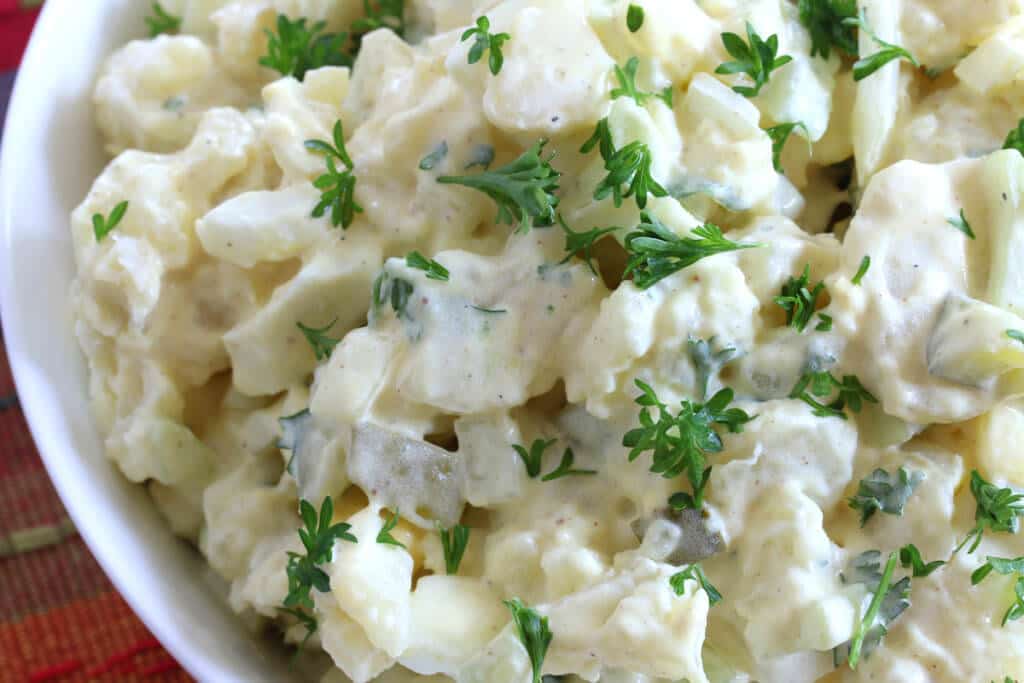 But before we get to the recipe, I’m going to dispel a commonly held belief about potato salad and food poisoning.

Myth-buster:  Despite common belief that the mayonnaise is the culprit, the fact is that mayonnaise can actually help inhibit the growth of food-borne bacteria because of its high acidity level (vinegar, lemon juice, salt).  Plus store-bought mayonnaise is highly pasteurized.  So what does cause the food poisoning?  Usually it’s the protein-based ingredients added to the salad like chicken, ham, tuna, eggs, or even the potatoes themselves.  Cooked starchy vegetables like potatoes can be an incubator for bacteria if not stored properly.  Another reason for bacteria growth has to do with the preparation of the potato salad – it involves a lot of hand contact with the ingredients (eg, chopping, dicing, slicing).  So just wash your hands and the vegetables thoroughly, use a clean working surface, and store your potato salad properly and you can wave goodbye to food poisoning.

Chop the onions, celery and pickles and place them in a large mixing bowl. 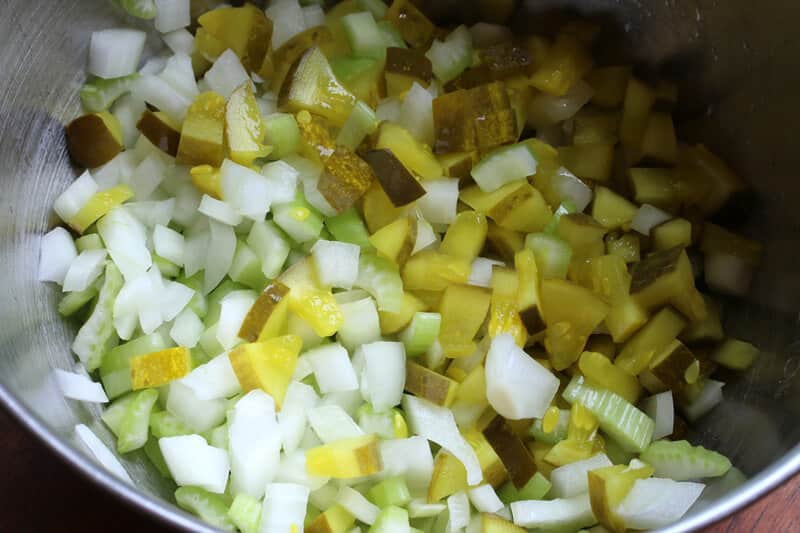 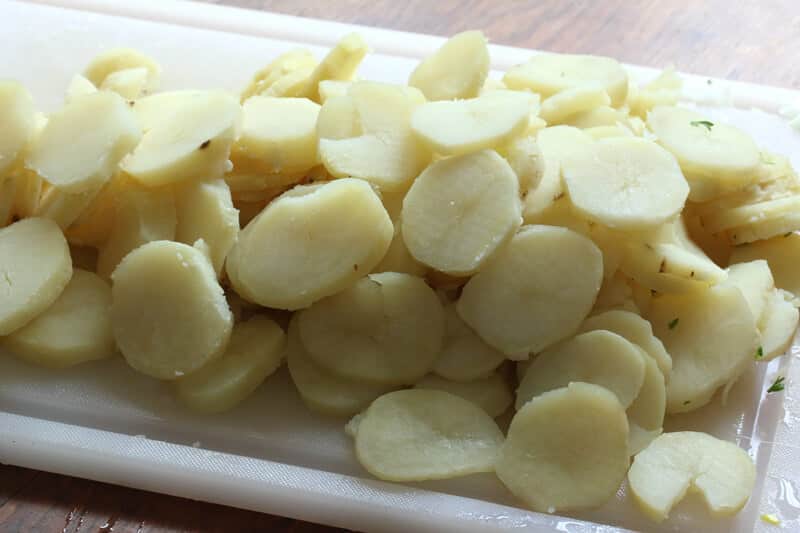 In a medium-sized bowl, combine the sauce ingredients. 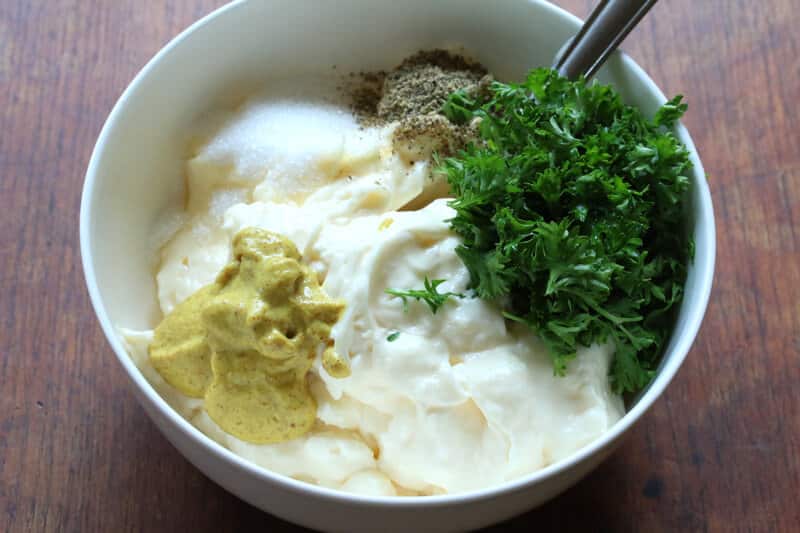 Add the potatoes and chopped eggs to the mixing bowl along with the mayonnaise mixture.  Carefully stir the ingredients together until combined being as careful as you can not to break up the potatoes too much. 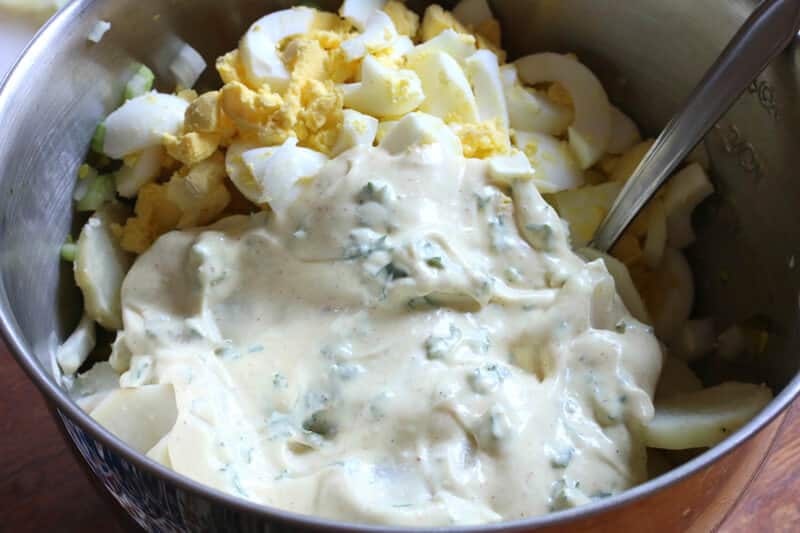 Let the potato salad refrigerate for at least a couple of hours before serving.  This potato salad gets better and better the longer it sits.  It’s fantastic the next day. 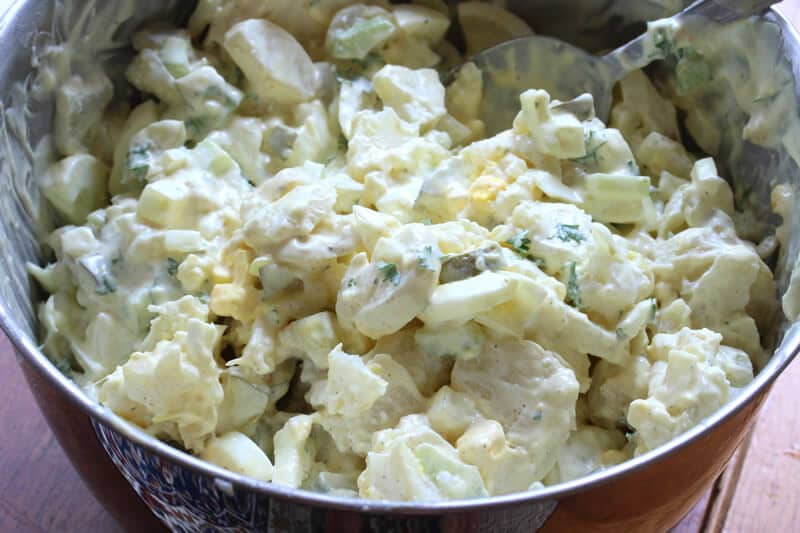 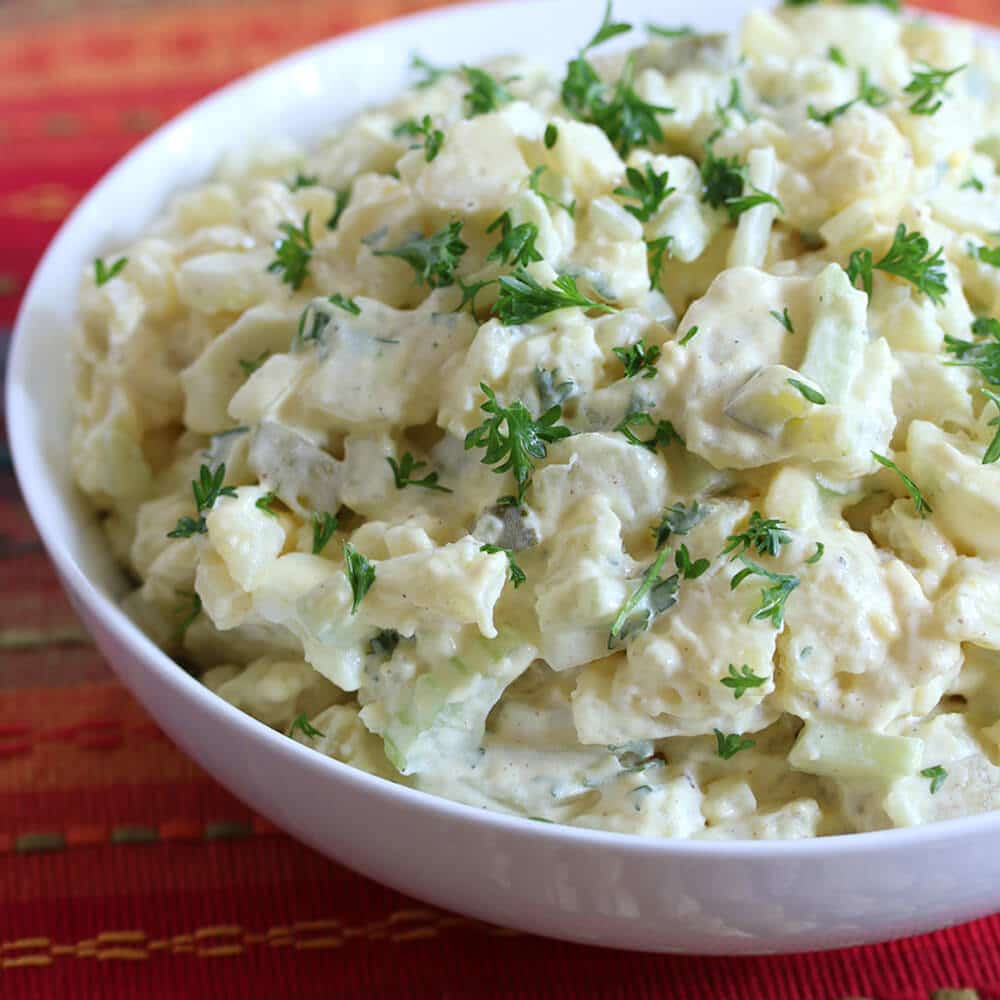 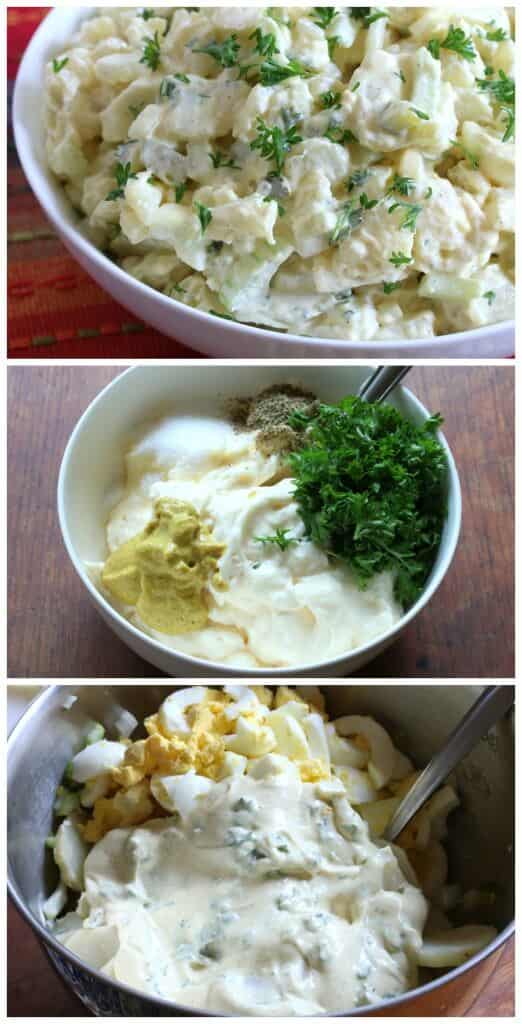