Crispy apples, juicy grapes, crunchy celery and toasted walnuts are enveloped in a creamy sauce in this Waldorf Salad recipe.  Originally made for New York City’s rich and elite, this famous salad soon became a staple in every American home. 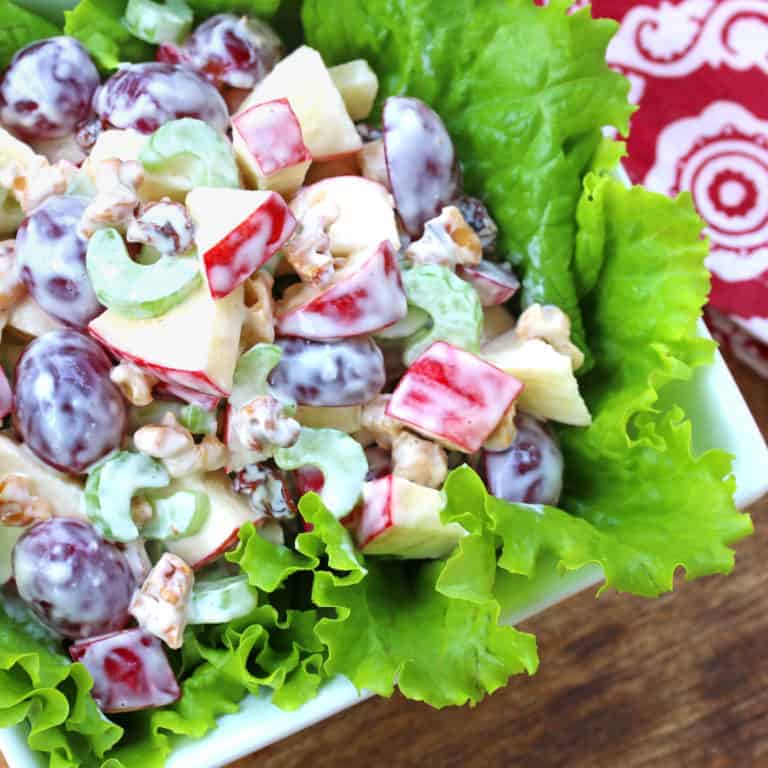 The famous Waldorf Salad has become embedded in American culture as a timeless culinary classic.  This Waldorf Salad recipe features apples, grapes, celery, nuts and raisins and is traditionally served on a bed of green leaf lettuce.   Simple to make, this salad is a fitting dish for both the most casual and formal settings.

Where Did the Waldorf Salad Originate?

As the name suggests, Waldorf Salad originated in none other than the iconic Waldorf-Astoria Hotel in New York City.  The day after it’s grand opening on March 13, 1893 a charity ball was held honoring St. Mary’s Hospital for Children.  The menu was created by Edouard Beauchamp, the hotel’s original executive chef, and featured a salad created by the hotel’s dining room manager (maitre d’hotel), Oscar Tschirky.

The salad originally consisted of just three ingredients:  Red apples, celery and mayonnaise.  The salad became an instant success and it wasn’t long thereafter that walnuts also became an integral part of the salad along with other additions like grapes and lemon juice. 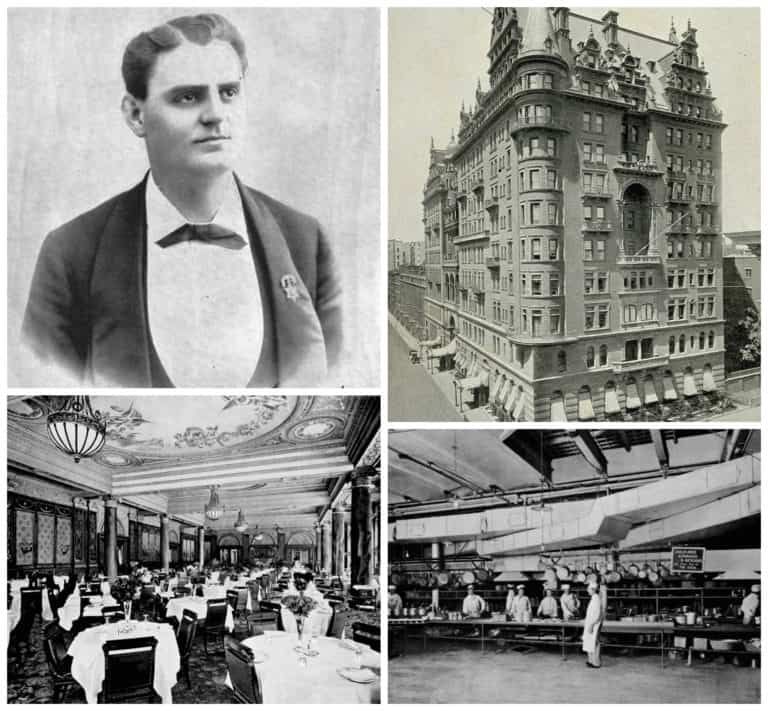 Whereas several of today’s famous “gourmet” dishes started out as peasant food (e.g., lobster, beef bourgignon, coq au vin), the reverse is the case of the Waldorf Salad:  It was a dish made exclusively for the “who’s who” rich and elite of New York City but soon became a staple of every American home. 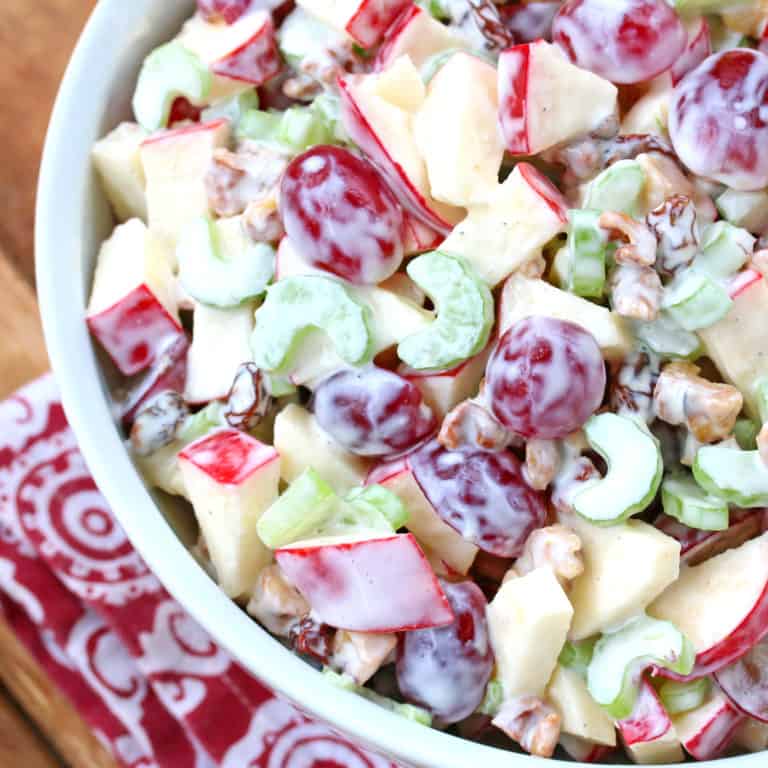 Whereas Waldorf Salad is practically an American icon, it is not well-known outside the U.S..  This fact is showcased in my all-time favorite British sitcom, Fawlty Towers:

An ornery and impatient American guest is seated in the hotel dining room and barks out his order:

“Would you make me a Waldorf Salad?”

“Well I think we’re just out of Waldorf.”

How To Make Waldorf Salad

The original dressing that was made purely of mayonnaise but we’re going to freshen up the flavor by adding some tangy yogurt and some freshly squeezed lemon juice.  In contrast to the crunchy texture of the apples, walnuts and celery we’re also adding a few raisins for a delightful bit of chewiness and some added sweetness.  You can add dried cherries if you prefer and during the holidays you can use dried cranberries.  Everything is stirred together and served on a bed of green leaf lettuce. 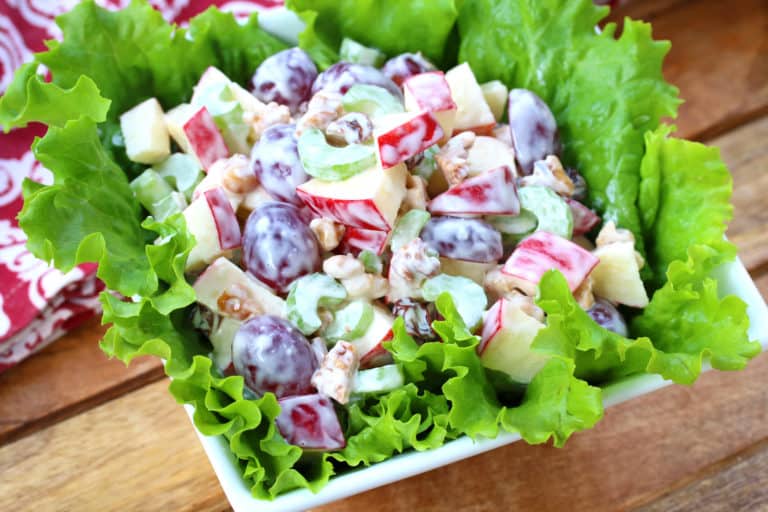 Add the apples, celery, grapes, walnuts and raisins (if using) to a large mixing bowl.

In a separate bowl stir together the mayonnaise, yogurt, lemon juice, sugar, salt and pepper. 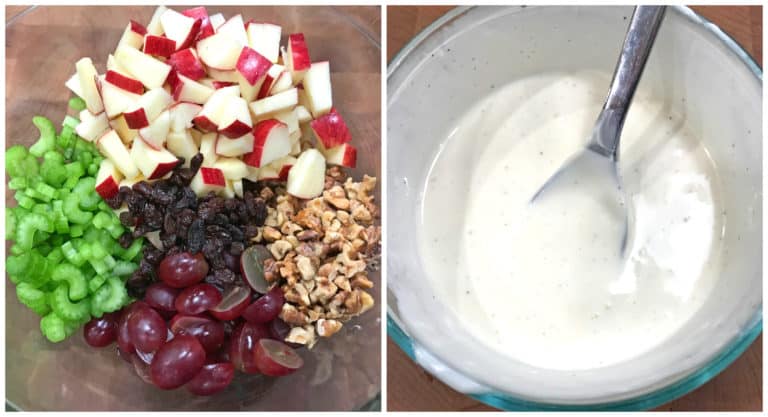 Pour the dressing over the salad.

Stir to thoroughly combine and coat the salad. 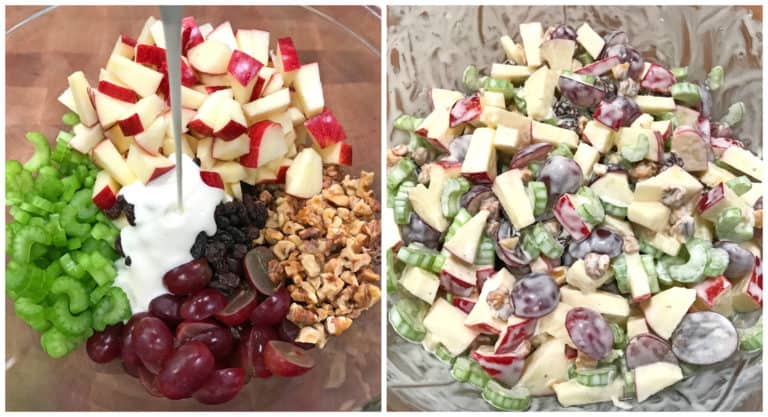 Serve immediately on a bed of green leaf lettuce or cover and refrigerate. 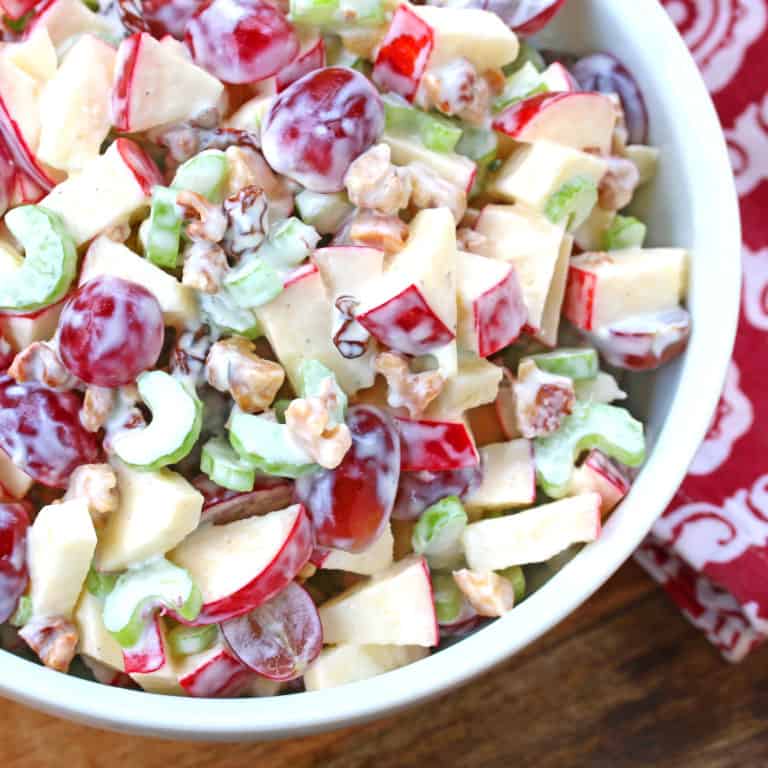 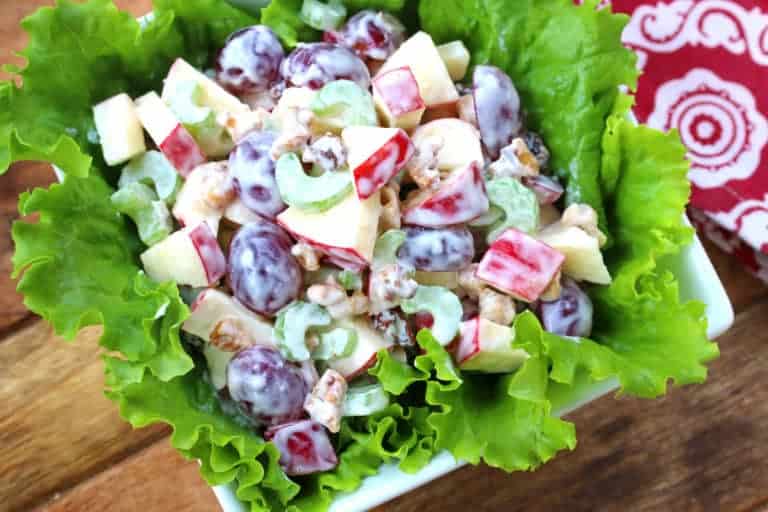 For more delicious salads be sure to try our: 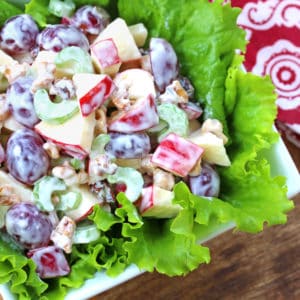